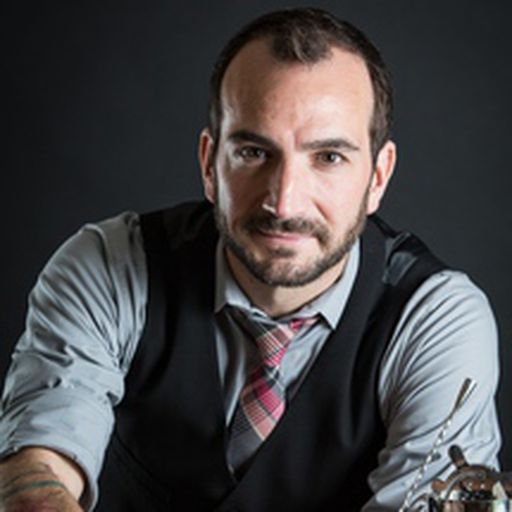 Founder of Crafthouse Cocktails, Master Bartender, Global Bartending Champion and James Beard Award Winner. Twitter @Charles_Joly Instagram @CharlesJoly Chicago native Charles Joly is an award-winning, lifelong food and beverage professional. In 2012 Joly took on the roll of Beverage Director at the Aviary in Chicago. Partnered with Chef Achatz this venture was granted the 2013 James Beard Award for Outstanding Bar Program. Formerly Chief Mixologist and founder of the Drawing Room in and EGM for Three Headed Productions, Joly has opened and overseen seven venues in three different states and has developed one of the most respected beverage programs in the nation. In 2013, Joly co-founded Crafthouse Cocktails, the first all natural, premium prepared cocktail line in the country. In 2014, Crafthouse was awarded the highest ratings ever given in the category. As an active USBG member, Joly has won some of the most prestigious cocktail competitions both nationally and globally, becoming one of the most decorated bartenders in the field. In 2014, Joly won the World Class Global bartending title, beating out 47 countries to bring the crown to the United States for the first time. While continuing his education, Joly has completed the most advanced courses available through both the USBG and the BAR program in New York. In addition to creating cocktails, Joly is a tasting judge for the San Francisco World Spirits Competition and BTI. He continues to travel the world studying spirits, cocktails and culture while sharing his passion with the beverage community wherever he may be. Outside of the world of booze, I am an animal lover, motorcycle rider, and avid runner with an antiquing problem. Founder- Crafthouse Cocktails 2014- World Class Global Winner 2014- World’s Best Cocktail Menu, Tales of the Cocktail 2013- James Beard Award, Outstanding Beverage Program 2013- US Bartender of the Year, Tales of the Cocktail NBC "On the Rocks" Winner, Best Bartender in America Crain's Business- 40 Under 40 Bon Appétit- 10 Most Influential Bartenders of the Past 10 Years Wine Enthusiast- 40 Under 40 Spirits/Wine Professionals