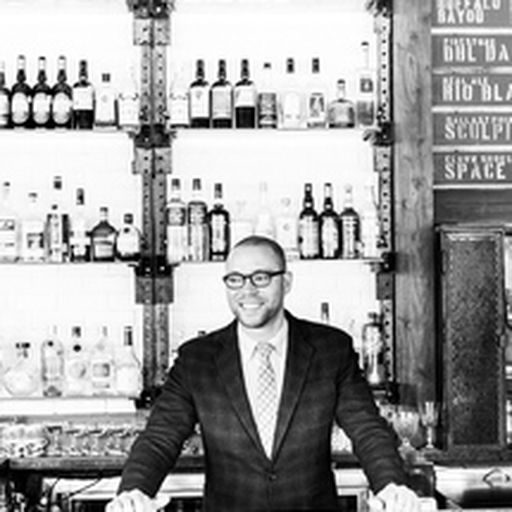 Bobby Heugel is an owner and operator of eight bars and restaurants in Houston, Texas through his company, Clumsy Butcher, which partners with talented industry professionals to develop concepts that reflect their personalities. In addition to these establishments, Bobby also consults for restaurants and bar programs nationally and advises spirits brands. Infrequently, Bobby writes for various spirits and cocktail publications nationally. Most of all, however, Bobby is a bartender and finds few things as satisfying as serving folks drinks. Bobby opened Anvil Bar & Refuge in 2009, establishing one of the country’s first cocktail bars that made the modern cocktail movement accessible to a broader audience. Following Anvil, between 2010 and 2011, Bobby would partner with various individuals to open the restaurant, Underbelly, the beer bar, Hay Merchant, and the coffee shop, Blacksmith. In 2012, Bobby served as President of OKRA, an organization comprised of independent members of Houston’s restaurant and bar community, and opened the country’s first charity bar, which will have donated 100% of profits, over $500,000, to local charities by the end of 2015. Most recently, Bobby opened the Pastry War with Alba Huerta in 2013, a mezcaleria with fiercely traditional standards, before helping her to open her own bar, Julep, in the summer of 2014. In late 2014, Bobby partnered with Mike Criss to open his bar, the Nightingale Room, a small nightclub and music venue. On any given night, Bobby can be found behind the bar at Anvil, the Pastry War, or the Nightingale Room. Bobby is most passionate about agave spirits and travels to Mexico frequently to visit distilleries. He is a member of the Tequila Interchange Project, an organization comprised of international bartenders and spirits professionals, who attempt to educate about the current state of agave spirits and traditional production. In 2014, Bobby, along with Phil Ward, of Mayahuel in New York City curated a line of mezcals for and with David Suro for his new mezcal brand, Siembra Metl. Bobby is currently co-authoring a cookbook with James Beard Award winner and Underbelly chef and owner, Chris Shepherd, in addition to working on a book about agave spirits. Later this year, Bobby will also launch a website aimed at helping bartenders take a step towards ownership with access to real business plans, financial data, contract advise, and other helpful tools to make the leap between working in bars and ownership smaller.