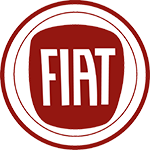 This feature was produced in collaboration between Vox Creative and FIAT USA. Vox Media editorial staff was not involved in the creation or production of this content.

In partnership with FIAT USA we asked photographer and globe trotting food writer Bonjwing Lee (also creator of the restaurant travel blog The Ulterior Epicure) to book his ideal summer road trip. With only a brand-new FIAT 500X Crossover and the open road for inspiration, Lee chose to drive through scenic New England. In this four-part photo travelogue, we follow him as he stops at picturesque points along the region’s rocky coastline, pauses at historical landmarks, and meets up with friends along the way to do what he does best: eat.

New England is littered with picturesque hamlets and townships that set the perfect scene for a road trip. Heading out of Boston, I stopped in quiet, little Waltham, Massachusetts for a couple of sandwiches at Joshua Smith’s Moody’s Delicatessen & Provisions. This relatively new shop has a gorgeous deli case full of specialty products and meats, some of which are cured and aged in-house.

I love a good roast beef sandwich with horseradish, and the one at Moody’s (called "The Beast") is fantastic, with onion marmalade and Fontina cheese. The deli’s "Spicy Cuban," a hot sandwich with smoked ham, pulled pork, and Chipotle aioli was delicious too.

Further north, perched on the edge of the great Essex salt marshes, is J.T. Farnhams, a seasonal, roadside restaurant specializing in shore food. Recommended to me by Matthew Gaudet, when I ate at his restaurant West Bridge in Boston, J.T. Farnhams dates to 1941. It’s extremely popular, and during high season, I was warned that the wait can be quite long.

The restaurant is best known for its fried clams — which were terrific — served with tartar sauce. I also loved the clam chowder here, which was especially buttery. Since it was such a lovely, late-spring day, I took my food out to one of the many picnic tables looking out over the water. As I ate, I watched a family motor up, drop anchor, and hop ashore to order lunch to-go.

As I drove out of Essex, I paused to admire a tidy row of antique shops along the water. Tucked behind one of them was a walk-up hot dog stand called Essex River Dogs. Like a sketch out of the pages of the Saturday Evening Post, a couple of fathers with their boys, fresh from a little league game, arrived. The kids ran around back to stake out a picnic table while their fathers ordered lunch.

On the way to New Hampshire, I took another tip from Gaudet and stopped in Middleton, Massachusetts for a cone at Richardson’s Ice Cream. The walk-up ice cream stand is just a small portion of the entire operation, which includes a dairy farm, a dairy plant, a mini-golf course, and a large driving range. It’s like a mini amusement park of golf and ice cream.  (There dozens of flavors.)  I indulged in a battleship of a banana split with rum raisin, coffee almond fudge, and coconut ice creams, and all the toppings.

Alex Talbot and Aki Kamozawa have cooked in professional kitchens from Colorado to Boston. In 2004, they started the food blog Ideas in Food. In the decade since, the couple have not only been among the few food bloggers to endure in the industry, but have authored numerous cookbook, and built a successful business helping chefs and home cooks be better at what they do. They are good friends, and I went to visit them at their new farmhouse in Bow, New Hampshire. I arrived to their bucolic corner of the world with their daughter Amaya climbing up an apple tree.

I can always count on Alex and Aki for a delicious meal, and as soon as I pulled up, Alex fired up the wood-fired oven on his patio.

Inside, Aki pulled out a tub of chocolate chip cookie dough from the refrigerator and started scooping it onto a lined baking sheet.

Alex had prepared enough dough for at least a dozen pizzas. Every time he fired a pizza, we’d eat it fresh, right out of the oven, with the toppings still bubbling. Over the course of the night, we leisurely made our way through at least six or seven pies.

Our toppings included cured meats – pepperoni and chorizo, for example – from Moody’s Delicatessen & Provisions, as well as a variety of fresh cheeses. I especially loved one pizza with aged cheddar over which Alex grated a frozen block of salted anchovies right before sending it in the oven. The finely grated anchovies acted like a seasoning that was spread evenly over the pizza. It was terrific.

After dinner, Alex pulled out a gluten-free vanilla cake that he and Aki had developed for their latest book "Gluten-Free Flour Power." What’s unique about this cake is that it’s "mixed" with a food processor. It was surprisingly light and fluffy. He rolled the cake around a filling of strawberries and whipped cream to form a log. He sliced the cake and topped each piece with strawberries in light syrup. It was a perfect ending to a perfect day of eating my way through New England. As I headed up to bed, Aki reminded me that there were warm chocolate chip cookies on the dining room table, if I got hungry in the middle of the night.

This feature was produced in collaboration between Vox Creative and FIAT USA. Vox Media editorial staff was not involved in the creation or production of this content.