The 26 Essential Restaurants in Kansas City

Share All sharing options for: The Restaurant Scene in Louisville's Red-Hot NuLu

Share All sharing options for: The Restaurant Scene in Louisville's Red-Hot NuLu

Welcome to Taking the Temperature, in which Eater checks the vital signs of various food scenes to find out what's exciting and what's DOA. Today: Hot restaurants in Louisville's developing NuLu neighborhood. 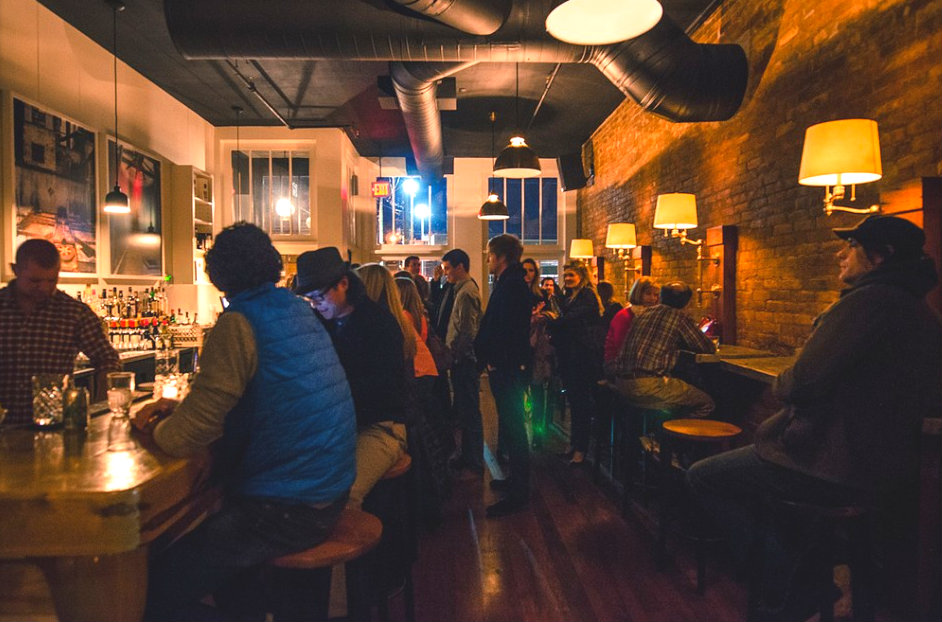 There is a stretch of East Market Street in Louisville, Kentucky, that is jam-packed with new restaurants. They've been calling this area NuLu — a portmanteau of "new" and "Louisville" — since it's basically where every single cool, artisanal, slightly Brooklyn-y thing lands. You've got your restaurants like Rye and Decca, which focus on simple, product-driven food in casual settings, but also brick-and-mortar locations of food trucks (Taco Punk), excellent beer stores (Louisville Beer Shop), and coffee spots (Please and Thank You).

Zach Everson, editor-in-chief at Louisville.com and contributor to countless travel publications, gives us the full rundown in the following interview.

Tell me about NuLu.
Well, there's a stretch from downtown that runs to NuLu, which is short for "New Louisville," and stretches all the way to Butchertown that's the hotbed of restaurants these days here.

NuLu is also called the East Market District. It's essentially our Brooklyn. There's lots of galleries, old furnishing stores, a nice beer store, a coffee shop that sells LPs, an alley where local artisans sell their wares, and a monthly art walk. It's really up-and-coming, basically.
The backstory is that it was started by a guy named Gill Holland, who married one of the Brown-Forman heiresses — Brown-Forman is the big whiskey company. He created the city's first LEED-certified gold building in that area, and there was a restaurant in there, 732 Social, which was one of the greatest restaurants in the city for a while. But it closed. Now, there's a place that just opened called La Coop. It's a French restaurant.

Starting downtown is what I would say is probably the best restaurant in the city, Proof on Main. Without a doubt one of the best. If you work your way towards NuLu, you'll find old buildings with brick façades, nice wide boulevards. It's a beautiful area with really good restaurants.

What are some of key restaurants there?
The hottest ones in the city right now are Decca and Rye, which basically just opened up. They're both on East Market Street. Most of these are doing farm-to-table, which is a trend that obviously has been around for a while in the U.S. but has only caught on here fairly recently. It's done really well here, and the restaurants tend to be more affordable than what you'd find in other major cities. There's actually a place called Harvest that has photos of the farmers on the walls.

Can you describe Rye and Decca?
They're both big, loud, boisterous places. I don't know if you'd go for a date night, though people of course do that. They're big on the community/communal thing. The menus change very frequently.

Decca is probably one of the pricier places in the city, but it's still a great bargain compared to what other places of that caliber cost in other parts of the country. I come from the east coast, so I look at these restaurants as great bargains.

The chefs from Decca actually used to work in San Francisco and bring that sensibility to the restaurant. They do this beautiful hardwood-grilled asparagus appetizer that is really simple and just delicious. They rely on the quality of the product and the basics. Rye is very similar to that.

Another point: Louisville is a bourbon and beer down, so you won't find amazing wine lists at many of these places. You'll find food that goes well with either bourbon cocktail and some beers.

And it still remains that way, even with vibrant new restaurants and outsiders coming in?
Yeah, definitely. You'll go to CVS and find fifty beers on sale. Or you could hit a place like Holy Grale, a great beer bar in an old church that has a rotating beer list and pub food like chorizo tacos and duck fat popcorn.

Any other places worth mentioning?
There's another place in the neighborhood called Taco Punk, which started out as a food truck. That trend got here really late, like just last year, and Taco Punk was one of the most successful. They still have a food truck, but it did well enough that they have a restaurant as well.

There are some places that predate NuLu in the area but are still really great. When I came here a few years ago for Derby, before I ended up staying, the first place that blew me away was Mayan Café. I didn't think a city like Louisville could have this restaurant. It's not a taco spot. It's authentic Mayan food.

The beer store I mentioned is called Louisville Beer Store, and it's actually from the people behind Holy Grail. The coffee shop is called Please and Thank You.

Any last words?
I mentioned Butchertown before. It's not like New York Meatpacking District, since you can actually smell the meat depending on how the wind is blowing. There's a restaurant there called The Blind Pig, which is fantastic. They put a lot of thought into it, and despite the fact that there is an emphasis on pork in every section of the menu, it's not novelty stuff.