Welcome to Restaurant Empires, in which Eater maps out the businesses of prominent chefs and restaurateurs. 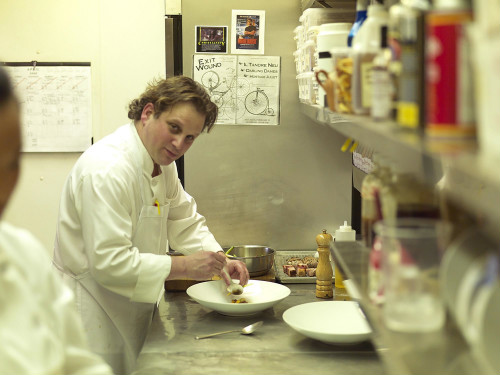 It doesn't look like Paul Kahan wants to take over the world. But what he's achieved in Chicago over the last fifteen years, through well-paced execution and the ability to nail several different concepts, is remarkable. First with Blackbird, then with avec, The Violet Hour, The Publican, and Big Star, he has managed to tackle — and some might say, revolutionize — fine and mid-market dining, as well as the realms of cocktails and raucous bars. And he's done it all by pretty much keeping to himself.

It would be ridiculous to discuss the chef's successes without mentioning some of his partners along the way: Donnie Madia, whose taste and sense of the modern mesh nicely with Kahan's vibe, which is a little bit more rustic, a little bit more Uncle Tupelo, and the designer Thomas Schlessler, who has helped conceive some of the coolest restaurants in the country.

As might be expected, there isn't a gigantic slate of projects on the horizon. The only thing that's been made public so far is The Publican's Quality Meats, a butcher and sandwich shop and bakery located across the street from the restaurant.