The 38 Essential Restaurants in Singapore

Welcome to Restaurant Empires, a new regular feature in which we map out the businesses of prominent chefs and restaurateurs. 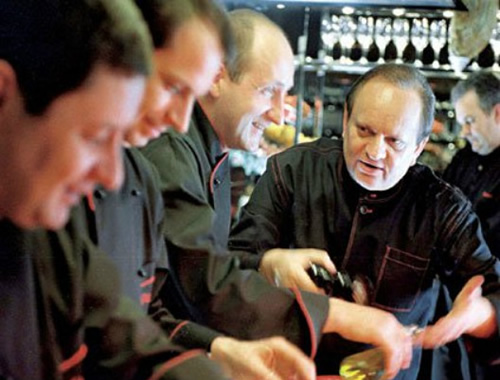 It's hard to think of a more appropriate way to start a feature like this than by focusing on a chef with as much international reach as Joël Robuchon. Because nearly every article about him mentions it, might as well introduce the French chef as the man the Gault Millau guide called the "Chef of the Century" in 1989.

And that designation was bestowed upon him even before he had ever really left France as a restaurateur. Five years after closing the legendary Jamin in 1996 and briefly "retiring," Robuchon set off to spread his gospel, an endeavor that has taken him to Macau, Tokyo, Paris, London, Taipei, New York, Las Vegas, Hong Kong, Singapore, and Beirut.

In about a decade's time, his restaurants have earned a record 26 Michelin stars. The following map provides a glimpse into a chef's ability to become a master restaurateur, replicating successful concepts around the world, understanding the people and places he engages, and maintaining quality and integrity in almost every case.

Before we get started, some key locations: 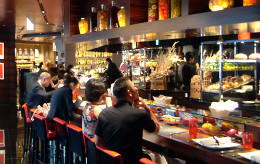 1) L'Atelier de Joel Robuchon Tokyo
Year Founded: 2003
Current Chef: Ryuta Lisuka
Distinctions: Two Michelin stars
Why it's important: This is the first of the Ateliers and continues to be a shining example of the gastronomic love affair between Paris and Tokyo. 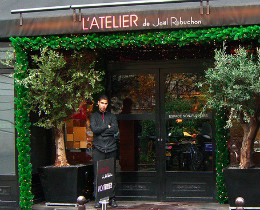 2) L'Atelier de Joël Robuchon Saint-Germain
Year Founded: 2003
Current Chefs: Eric Lecerf and Philippe Braun
Distinctions: Ranked 14th on the San Pellegrino World's Best list; two Michelin stars.
Why it's important: It's quintessential Robuchon — the chef's Paris baby —where rich people can come in and spend 200 Euro on lunch, but feel "casual" while doing it. The restaurant continues to execute Robuchon’s straightforward French fare, which hints at Spain, Italy, and especially Asia, at an extremely high level, and the service is polished but fun and warm. 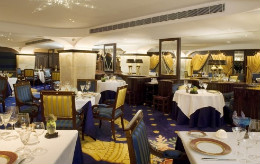 3) Robuchon a Galera
Year Founded: 2001
Current Chef: Francky Semblat
Distinctions: Three Michelin stars
Why it's important: This is the first restaurant Robuchon opened after his departure from Jamin in 1996, and many still refer to it as one of the best western-style restaurants in Asia. It's also one of the few Joël Robuchons, which tend to be more formal — and gaudy — than the Ateliers, offering long-form degustation menus and luxe table seating.