Expat Chefs Make Their Mark in the Parisian Dining Scene

Share All sharing options for: Expat Chefs Make Their Mark in the Parisian Dining Scene

Share All sharing options for: Expat Chefs Make Their Mark in the Parisian Dining Scene

Welcome to Taking the Temperature, in which Eater checks the vital signs of various food scenes to find out what's exciting and what's DOA. Today: restaurants in Paris from expat chefs. 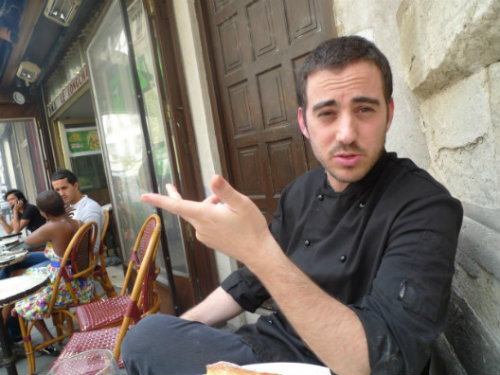 Paris has long had a rich, romantic expat tradition, but only somewhat recently has that been reflected in the kitchens of the city. Growing along with and nourished by a wave of casual, intimate, and excellent restaurants has been a group of chefs from abroad that have fallen in love with the city, set up their own little restaurants, and thrived; the movement shows no signs of letting up.

It all began with Spring, the shoebox of a restaurant from Chicago native Daniel Rose that now occupies swanky, bi-level digs on the rue Bailleul. But these days, some of the most acclaimed new restaurants have expats at the helm: among many others, there's L'Office, which comes from alumni of the Mario Batali empire, the hip taqueria Candelaria, and the affordable and inspired Au Passage, a wine bar and restaurant from Aussie and former Spring cook James Henry.

Mandarin Oriental concierge, serial food blogger, and Eater contributor Adrian Moore got on the phone to provide an update from the ground. Here's what he had to say:

How recent is the ex-pat phenomenon, at least as it relates to chefs?
It's been on and off for a few years now. Daniel Rose (Restaurant Spring) was the one who got the ball rolling, although there are a few other talented expat or crossbreed chefs toiling away without the same media fanfare. The big thing in Paris that's brought them back into the limelight is the new trend in food trucks (places like Camion qui Fume), burgers (Blend), Mexican (Candelaria), and bars.

What distinguishes this wave of expat chefs from expats running restaurants in any other cosmopolitan city?
Here many of them were drawn by the Parisian culture in general — the lifestyle — and many have done time in famous kitchens or dreamed of opening a restaurant in the world capital of gastronomy; others came here and just fell into it. What makes them special here is that they are embracing some of the most best products in the world but giving them their own twist.

What perhaps distinguishes them from other restaurants in Paris, besides the obvious fact that expats are running them?
That's hard to answer, but there is definitely something — a different eye on things, treating the classic French produce differently sometimes, having another outlook. They aren't bound by the same rules that many French chefs seem to be.

Who are the stand outs?
Apart from Daniel Rose at Spring, there's James Henry at Au Passage, as well as Kevin O'Donnell at L'Office. I should also make a special mention for Alix LaCloche, a very, very talented young lady who's been doing dinner behind the scenes at La Tête dans les Olives, but who will, I suspect, be breaking out with some interesting ideas soon. 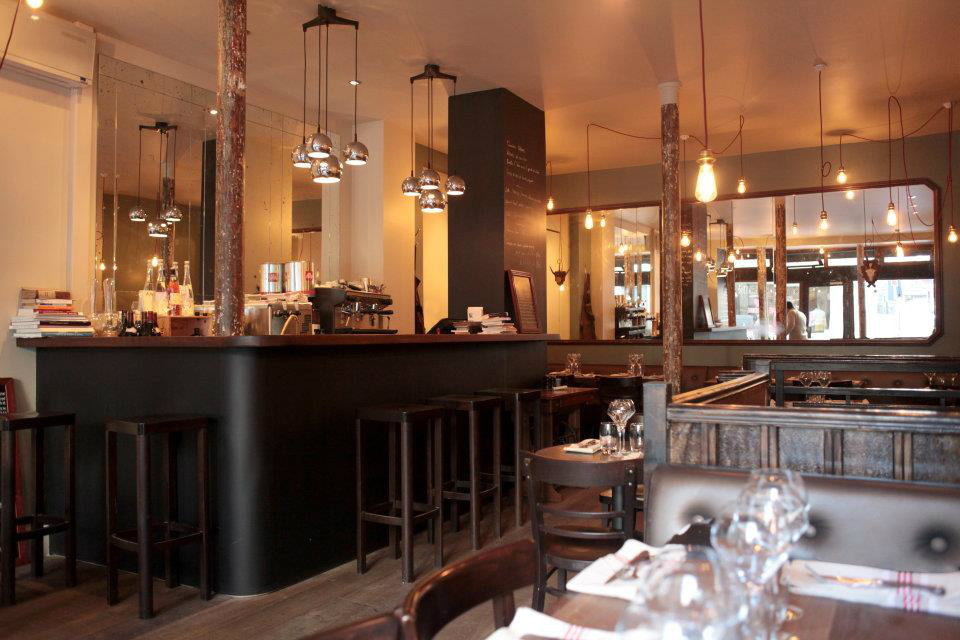 L'Office, on the rue Richer

In your view, how do the restaurants fit into Paris? In other words, do they mostly get frequented by Anglo writers and tourists or do they seamlessly work within the city?
The restaurants fit right in, with crowds of Anglo blogging fanboys and girls whose panties drop at the mere thought of a hot new table, and more and more people are becoming food aware and following Le Fooding, Figaroscope and the like, so these sorts of tables have an "underground" and "edgy" feel; the bobos come-a-running. Tourists normally don't get in on the curve until media whores like me publish best of lists in glossy magazines.