The 19 Best Taquerías in Mexico City

The 14 Best Barbecue Restaurants in Seoul

Welcome to Restaurant Empires, in which Eater maps out the businesses of prominent chefs and restaurateurs. 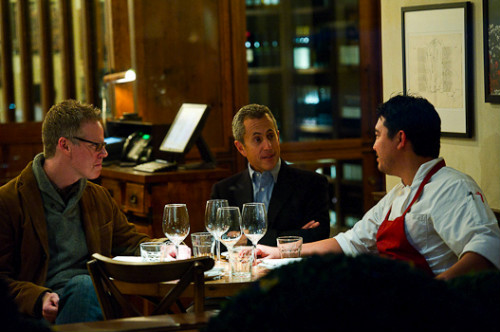 It's time to focus on the empire of the legendary New York City restaurateur Danny Meyer. Born in St. Louis, Missouri in 1958, Meyer opened his first restaurant — after having worked at Pesca and staged around Europe — in 1985. That was a little place called Union Square Café, which established his reputation for crafting restaurants fit for almost any occasion or taste, thanks in great part to an emphasis on service that is professional, warm, and some might say, wholesome.

The map ahead provides a glimpse at a restaurateur who has been able to succeed all over New York but seems to be extending his interests elsewhere. Nowhere is this clearer than in the expansion of the Shake Shack brand, which now boasts locations across the East Coast and in the Middle East.

In addition to the listings on the map, here are some upcoming projects for Meyer:

For Shake Shack, plans are in the works for a second location in Miami, an outpost in the Rittenhouse Square neighborhood of Philadelphia, and another New York location inside Grand Central Terminal. More locations are in store for the Middle East, as well.

Downtown, plans have been announced for a second Untitled at the upcoming (Renzo Piano-designed) Whitney Museum. And before the end of the year, North End Grill, the new project from Meyer and Floyd Cardoz of the now-shuttered Tabla, will open its doors in Battery Park, along with a second Blue Smoke.

6. NYC: The Modern and The Bar Room

8. NYC: Untitled at The Whitney Museum

6. NYC: The Modern and The Bar Room

8. NYC: Untitled at The Whitney Museum