The 38 Essential Restaurants in Singapore

A Guide to the Best Places to Eat in Puebla, Mexico

Share All sharing options for: A Guide to the Best Places to Eat in Puebla, Mexico

Share All sharing options for: A Guide to the Best Places to Eat in Puebla, Mexico

To follow up his guide to Mexico City, Adam Goldberg of A Life Worth Eating now turns his attention to some of the best places to eat in Puebla, Mexico — both upscale and not so upscale. 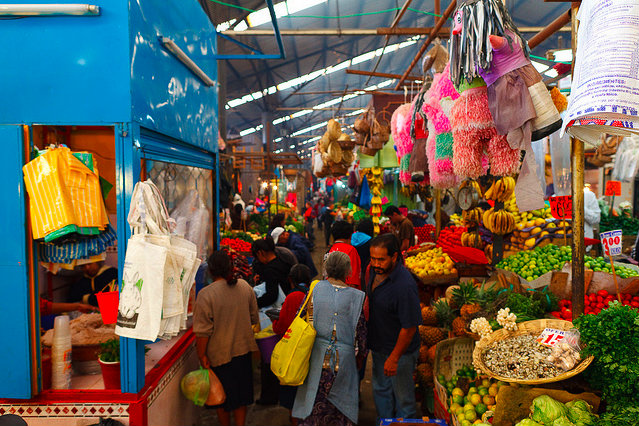 The state of Puebla is one of the great kitchens of Mexico. It offers a wealth of regional dishes not easily found elsewhere, and because of that, a visit here can easily challenge an outsider's preconceived notions of Mexican food.

While Mexico City propels the country's cuisine forward, Puebla is a glimpse into its culinary past. It's where mole Poblano, the dark brown sauce made from peppers, spices, fruits, nuts, and chocolate — Mexico's national dish — was invented nearly 400 years ago. Chiles en nogada, a beautiful seasonal dish of poblano pepper stuffed with pork and fruits and topped with a semi-sweet walnut sauce, was also developed here. Colorful pipiánes, savory moles made from ground squash seeds, simmer in cazuelas stirred by grandmothers throughout the state's markets. It's been this way for centuries.

While there are formidable traditions of fine dining here, most of the everyday Pueblan cuisine is prepared at home. So, short of being invited to a local quinceañera, the most exciting food can be found outside of the restaurants and inside the markets and on the street. Street-side griddles burn well into the night, sizzling Pueblan specialties like the chalupa, the round sheets of toasted masa topped with meat and red or green salsa. Or perhaps you'll go for the tlacoyo, its bean-stuffed, torpedo-shaped cousin. Cemitas, the deep-fried breaded pork sandwiches smothered in stringy quesillo and sweet-spicy chipotle, with a few leaves of soapy pápalo on top, are intoxicating. The list goes on and on, but here is a selection of nine of the best options I've discovered there, both high and low.