Welcome to Drinks Decoded, a column dedicated to exploring how the country's best cocktails are made. Up now, the Cleopatra at Slowly Shirley in New York City.

by Hillary Dixler Canavan@hillarydixler Jul 28, 2015, 11:00am EDT
Photography by Nick Solares | Via All Drinks Decoded Coverage on Eater [E]

It's a very green cocktail, though sometimes in the dim light it can look blue. This is the first inescapable fact of the Cleopatra, a hit dram at New York City's subterranean cocktail destination Slowly Shirley. "Our idea was to create a bartender's dream bar," says managing partner, beverage director, and longtime barman Jim Kearns. "The sky's the limit in terms of ingredients and serving vessels. It's meant to be a haven for cocktails, for the bartenders who make them and the people who drink them." And so he serves a cocktail inspired by the ghosts of tiki drinks past, one made bright green by an unusual ingredient.

Slowly Shirley bartender Garret Richard is responsible for creating the Cleopatra. Kearns calls him a "tiki ninja," and Richard brought his tiki passion to this particular drink. Richard's first inkling of the Cleopatra came to him at a tiki conference a few years ago, where he learned about a lost tiki tradition of using lime cordials and banana liqueur. He had a drink at Los Angeles' iconic tiki den Tiki-Ti that used those ingredients, and noted that the drink was green at the bottom. "In essence, what I was creating was a modern, deconstructed version of this green banana lime drink" from tiki menus of yore.

Richard worked on devising lime and banana cordials for literally years. The lime cordial is pretty standard: lime juice, granulated sugar, and lime oleo-saccharum (a sugary citrus oil made by resting lime peels in granulated sugar until the oil is extracted, breaking down the sugar). The banana cordial took a bit more work, but here's what Richard figured out: By soaking freeze-dried bananas in high-proof spring break classic 99 Bananas schnapps, he was able to get real banana flavor as well as a the huge punch that comes from the artificial stuff. "It's a high-low game," Kearns beams. Richard turned to Żubrówka, a Polish vodka with a strong flavor of bison grass and a hint of banana and to Avuá Prata Cachaça, a single-sourced Brazilian sugar cane distillate that "is a no brainer" with bananas.

All Richard needed was that green component, and he already had a good idea of what he wanted to use. "Growing up in L.A., at farmers markets you could always get shaved ice with pandan, and I wanted to get that into a cocktail," he states. Pandan, a tropical plant whose leaves are often used in Southeast Asian cooking, "made sense in the cocktail when I finally started working with it," Richard explains. The extract is intensely green, the leaves are nice and fragrant. Kearns explains pandan this way: "It has a flavor profile evocative of coconut and fresh buttered popcorn. It's very hard to identify it if you don't know what it is. It creates roundness in the drink."

"It was a set of flavors I'd never encountered before," Kearns recalls from when Richard first made him the drink for menu consideration. "When I tasted it I knew it was an incredible cocktail. It was one of the only immediate sells of the development process."

See how it comes together below: 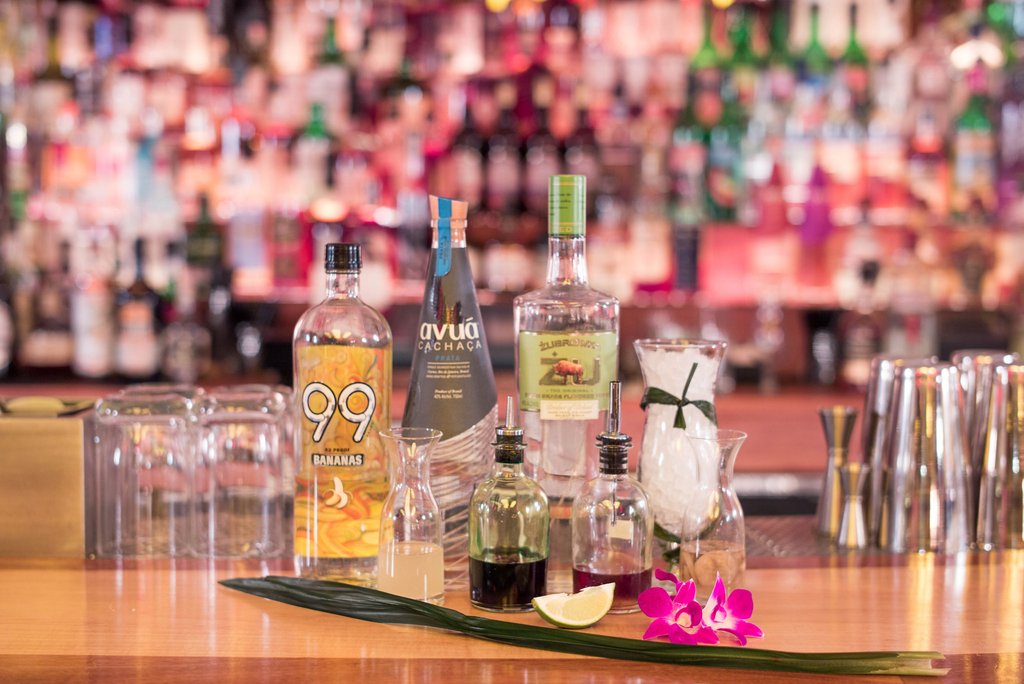