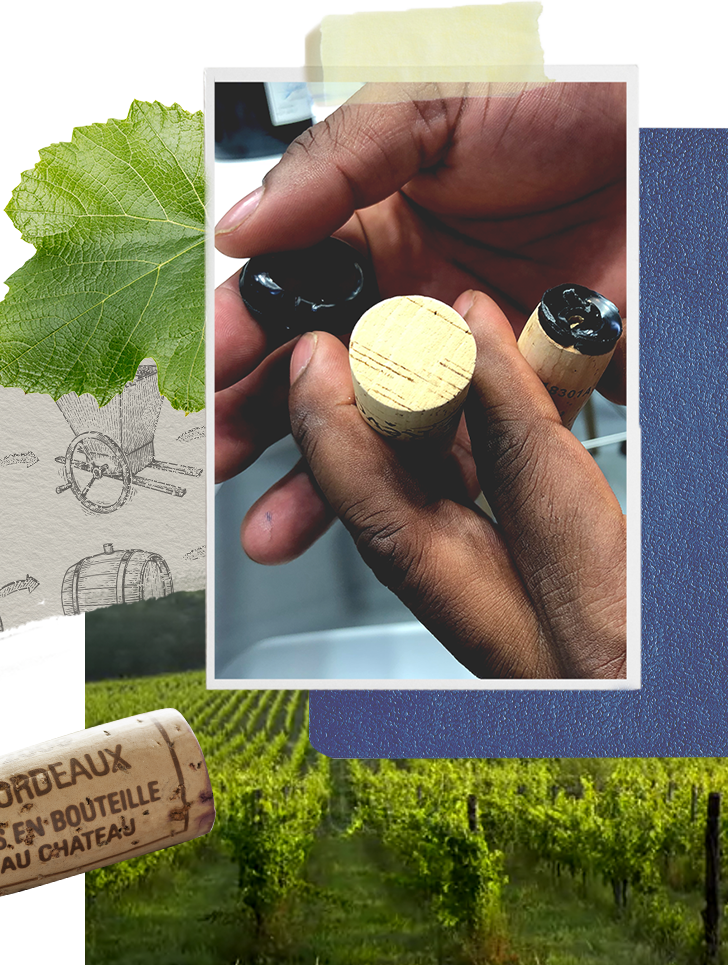 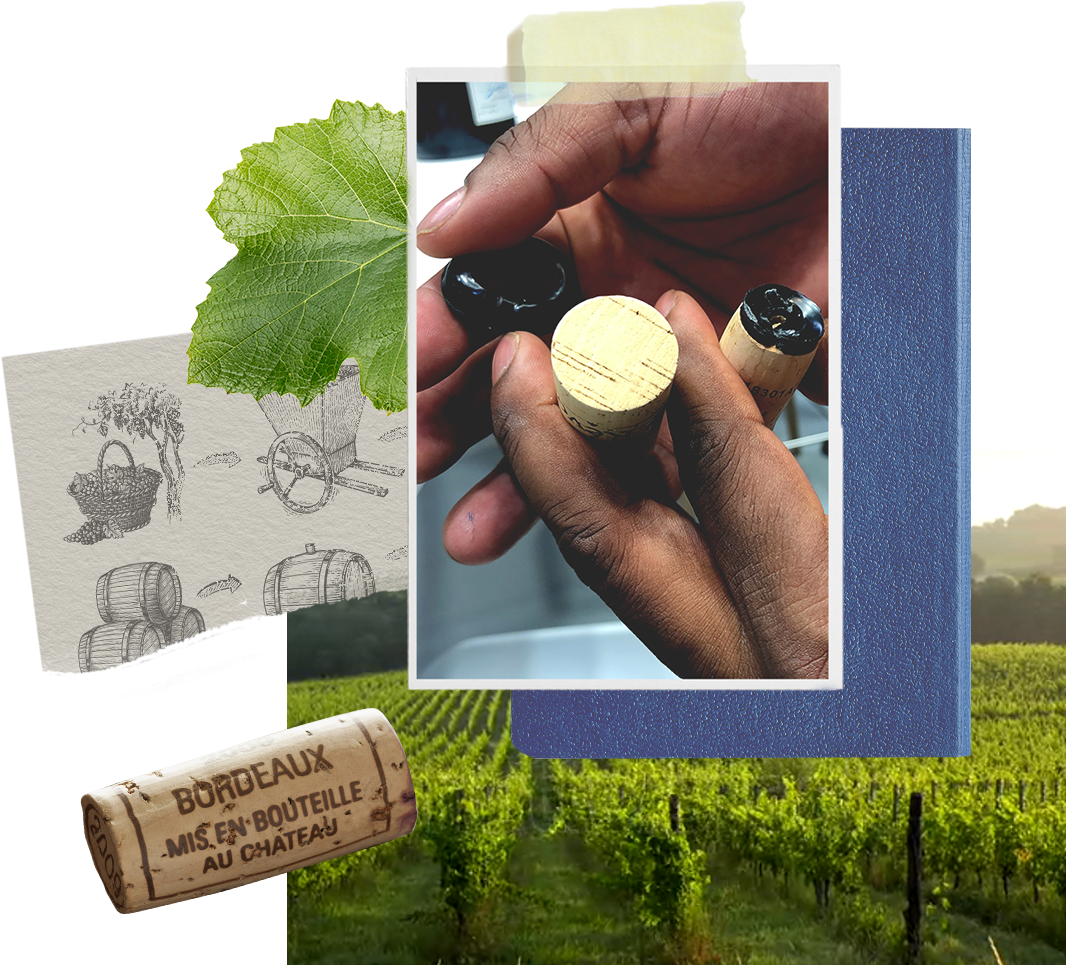 Digging to the Roots

As told to Lee Musho 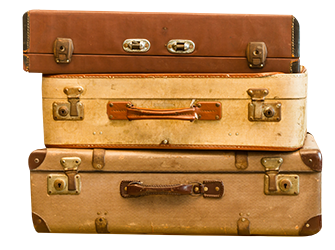 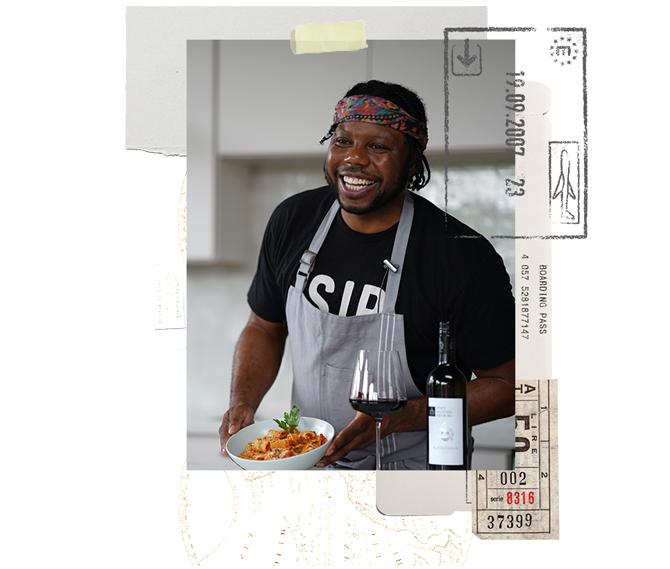 Entrepreneur and sommelier Derrick C. Westbrook says his entrance into the wine world was a bit of a fluke. While in college, Derrick worked at an Italian restaurant that happened to be updating its wine list. He had the opportunity to discover wines he’d never tasted before and he grew to love the storytelling that goes with selling a bottle of wine to a table. It was communal — a way to connect with people he otherwise wouldn’t have. He became a certified sommelier in 2015, and was named one of the top 40 people under the age of 40 in the wine industry in 2018.

But Derrick never felt like he was fully a part of the culture, which has historically been exclusive and overwhelmingly white, until 2019, when he visited Bordeaux, France. He discovered that you can find a piece of home and feel a sense of familiarity and connection where you least expect it. Even more, his trip helped him be more open, affirmed his sense of purpose, and strengthened his sense of self.

“You can be away from home and feel comfortable, and have this sense of knowing in an unknown space. For a moment, you’re a part of the same community.” 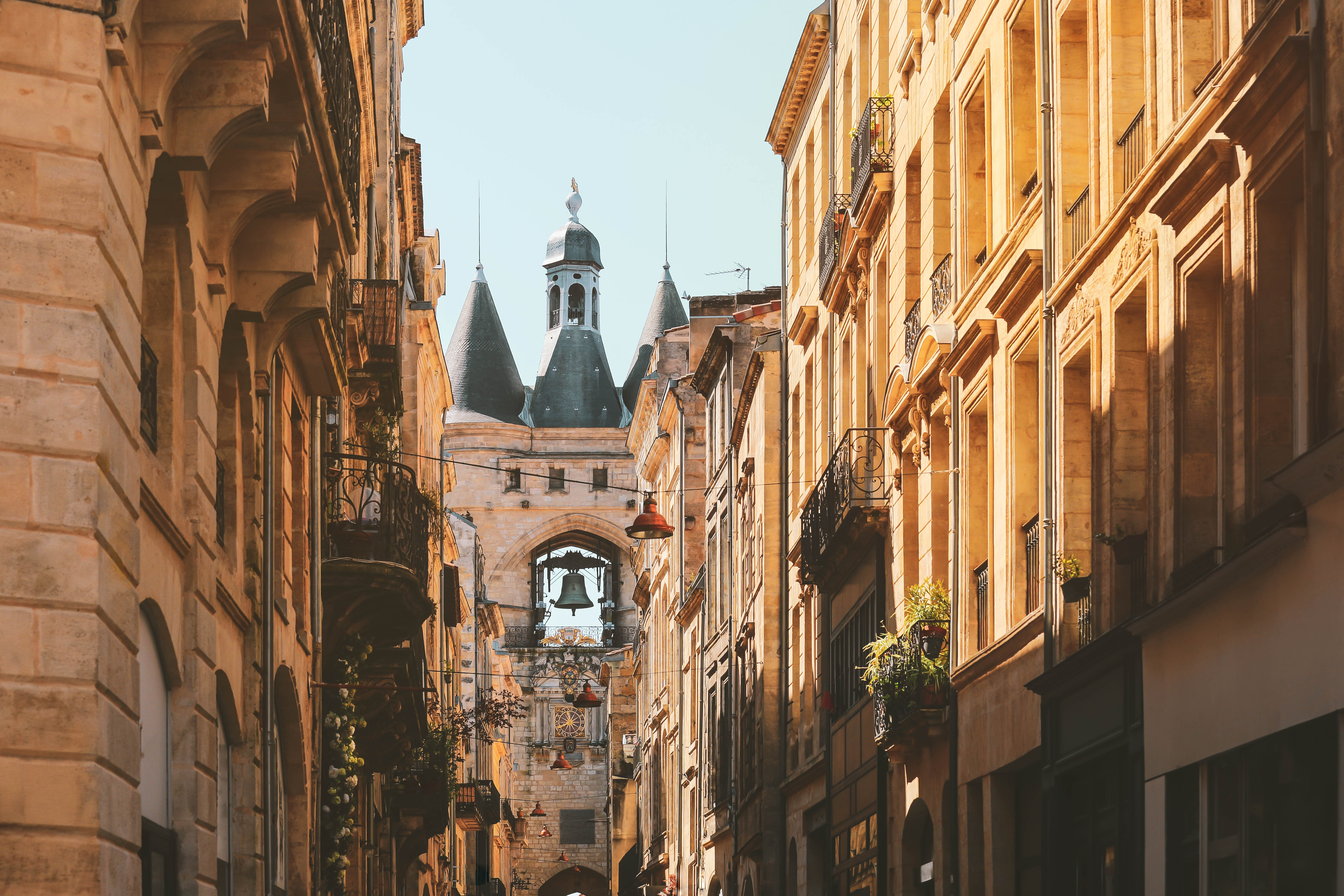 One of my first real vineyard experiences was during my trip to Châteauneuf-du-Pape in France in 2018. It was unlike anything I’d known. The vineyard was owned by the granddaughter of the original owner. She let me into her winery, which by all accounts was unassuming. To think that one of my favorite wines in the world wasn’t set in a palatial estate grounded me in redefining luxury, quality, and taste. We traveled to the vineyards in her truck along with her two dogs. We weren’t dressed as a sommelier and winemaker, but as people who explored the vineyard happily and played in the dirt. At the farm there were layers of gallet rocks on the ground, which felt like a warm cast iron skillet to the touch, and gnarly bush vines. I was taken back to my grandmother’s kitchen, to the heat of her skillet.

When we think of wine, we have an identity of it being an exclusive, kind of vague, unknown thing that we all enjoy. But no one really feels confident talking about it. I want to change the narrative of how we think about wine and who we associate wine with. I want to push the way people think, talk about, and drink wine in a different direction. When people stop thinking about [the wine world] as old white men, and when I’m not an anomaly anymore, that’s when we’ve made a real impact.

My trip to Bordeaux [a year later] was for a trade-only exhibition. I’d taken wine trips before, but this was the first time I was able to articulate my thoughts on a world stage. I got to talk to winemakers and distributors and importers, and they were really curious about where I thought the world [of wine] was going. It was the first time I really felt like my voice was heard and respected, in this business that is so hard to break into. 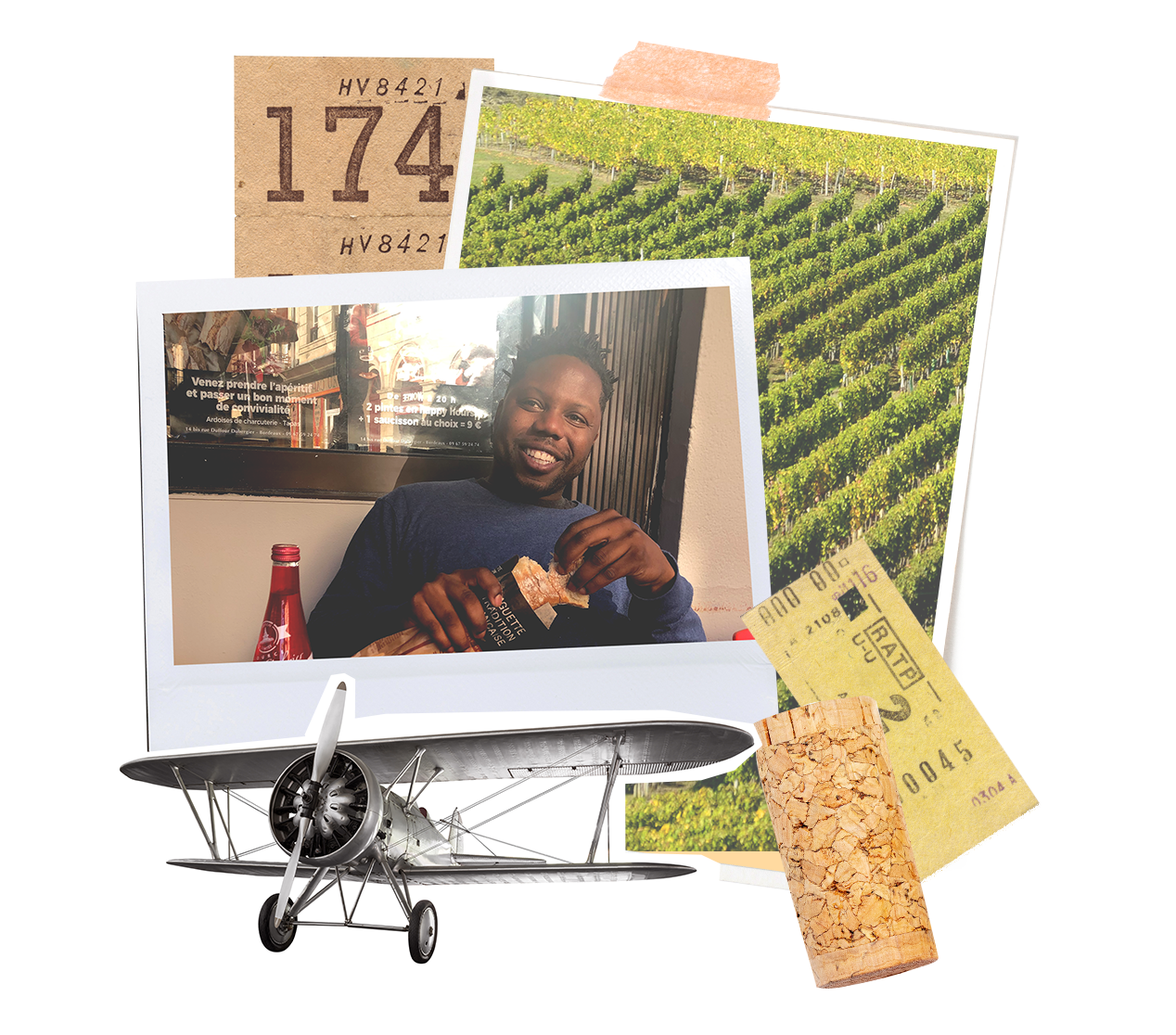 I’m used to trying to crack the door open or kick it open for other people as a Black somm, and I want to create a community around wine in a way that feels warm and inviting. How can we take the identity of what wine is and present it in a way that feels more open and free?

I kept thinking about my first trip to the vineyards, and how human winemaking is. When you strip everything back, wine is about the grapes and the farmers that grow them. That really grounded me. Shaking a winemaker’s hands reminds me of the hands of my grandparents, the hands of my uncles and aunts who worked and toiled on their farm in west Tennessee for a living. There’s something familial about that. All but one of them have passed, and when I go to vineyards, it’s like I still feel them with me. I always think how it’s come full circle. My grandparents were farmers and now I’m a sommelier traveling the world, and I get paid to visit farms. I can only imagine that I’m their wildest dreams. I don’t think they could’ve imagined it.

Listen to the Vineyard

While in Bordeaux, my friend and I ate at a quaint restaurant with stone walls and open wine shelves. The food was a bit rustic, but elegant in its simplicity. It was unlike any other meal I had at home. I had the duck leg confit and salad with frites and we drank a wine from a local Bordeaux producer that I had never heard of, a red that was mild and youthful with dark black fruit. We took the moment to enjoy all we had accomplished and toasted to what was yet to come. It was a soothing meal that nourished my body and fed my soul. It’s interesting how you can be away from home and feel comfortable, and have this sense of knowing in an unknown space. For a moment you forget you’re in another country. For a moment you forget you can’t speak the language. For a moment, you’re a part of the same community. That’s what a great meal is. That’s what a great experience is. You may not remember all the details, but you still have that feeling inside that resonates.

When I take any trip, I try to get back to the quiet, important pieces of why I do this work and why it resonates with me. It reminds me of why we do all of this, why we travel, why we move, why we hustle and grind. It’s so peaceful. It’s quiet. It’s reflective. There was a moment [in Bordeaux] for me where I was like, “My thoughts and views are having a real impact. I have a voice, and that voice has weight and it travels distances.” That was a revelatory moment for me. The world felt closer to me after that trip. Not smaller, but closer. And when the world feels closer — when you can touch it — then you are free to dream bigger and create without limits.

A Guide to Bordeaux

Follow in Derrick’s footsteps and experience your own transformative trip to Bordeaux:

"This wine shop specializes in French wines but also has selections from Italy, Germany, Austria, Portugal, and Uruguay, and has local beers and spirits to boot." - Derrick C. Westbrook

While you’re in the historic and delicious city of Bordeaux, stay in the Renaissance Bordeaux Hotel, located in the trendy Old Docks district. Gina, the hotel’s rooftop wine bar, has sweeping views of the Garonne River.

"The history of the Girondists is very interesting, and is a peak into the French Revolution. Plus, there’s the Gironde River as the backdrop." - Derrick C. Westbrook

Diving Into the Unknown

Your Brain on Travel

Unlock the Science Behind Your Next Vacation