If you could Flip the Forecast and eat your way through Boston or San Diego, which would you choose? We break it down by their most iconic foods.

In this great nation, it’s hard to know where to travel next. Besides the obvious factors of weather (because what East Coaster isn’t ready to trade snow for sun?), we know that we tend to travel to where our stomachs and tastebuds lead us.

The JetBlue Card is offering the chance to “Flip the Forecast”* for those in need of a change of scenery. So if you had to Flip the Forecast, which would you choose — East Coast or West? What about two locations that are dramatically different, like Boston or San Diego? Both cities have their appeal.

Boston is known for its rich history, world-class universities and stellar sports teams among other things, but the best way to really get to know the city is through its food. In recent years, Boston’s culinary scene has exploded with new restaurants and famous chefs, but some things never change, like its fresh ingredients and time-perfected recipes.

When it comes to eating in San Diego, one factor reigns supreme: location, location, location. With plenty of nearby farmland, close proximity to the United States-Mexico border, and about 70 miles of Pacific Ocean coastline, San Diego is at the confluence of a number of delicious factors that kick the city’s food culture into high gear.

So which city does it best? Let your tastebuds guide you through Boston and San Diego’s most well-known foods.

Seafood on both coasts

To boil down the differences between Boston and San Diego’s food scenes, you must first look at their one commonality: seafood. Thanks to their prime coastal locations, both cities find themselves positioned for the freshest fish straight from the sea.

The city of Boston owes its success to commercial fishing and seafood. Centuries ago, the city’s economy relied upon groundfishing and codfish as a means of trade and food. There’s even a Sacred Cod statue hanging in the Massachusetts State House. Although cod has reached dangerously low levels due to overfishing, you can still find the fish baked, fried, salted, and cooked every which way on many Boston menus. More likely though, you’ll head to one of Boston’s many oyster bars for a fresh taste of the Atlantic. The Union Oyster House is said to be one of America’s oldest continually running restaurants, where diners can come for an inexpensive meal of shellfish. And if you’re not eating oysters on the half shell, you’re likely ordering up a variation of the lobster roll. The state of Maine gets a lot of the lobster roll glory, but Boston is no slouch in this area. The differences come in with whether it’s served hot or cold, the type of roll it’s served on, whether said roll is toasted or not, whether it has butter only, or if it has a mayo-based dressing.

And then there’s clam chowder, easily one of Boston’s — and all of New England’s — most recognizable seafood dishes. The meal has been popular in New England since at least the 1700s; it is such an ingrained part of the region’s identity that Legal Sea Food’s version has represented Boston and Massachusetts on every U.S. president’s inaugural menu since 1981. Many restaurants sport their own take on the classic dish in the region and every chowder aficionado has their favorite spot to enjoy it. 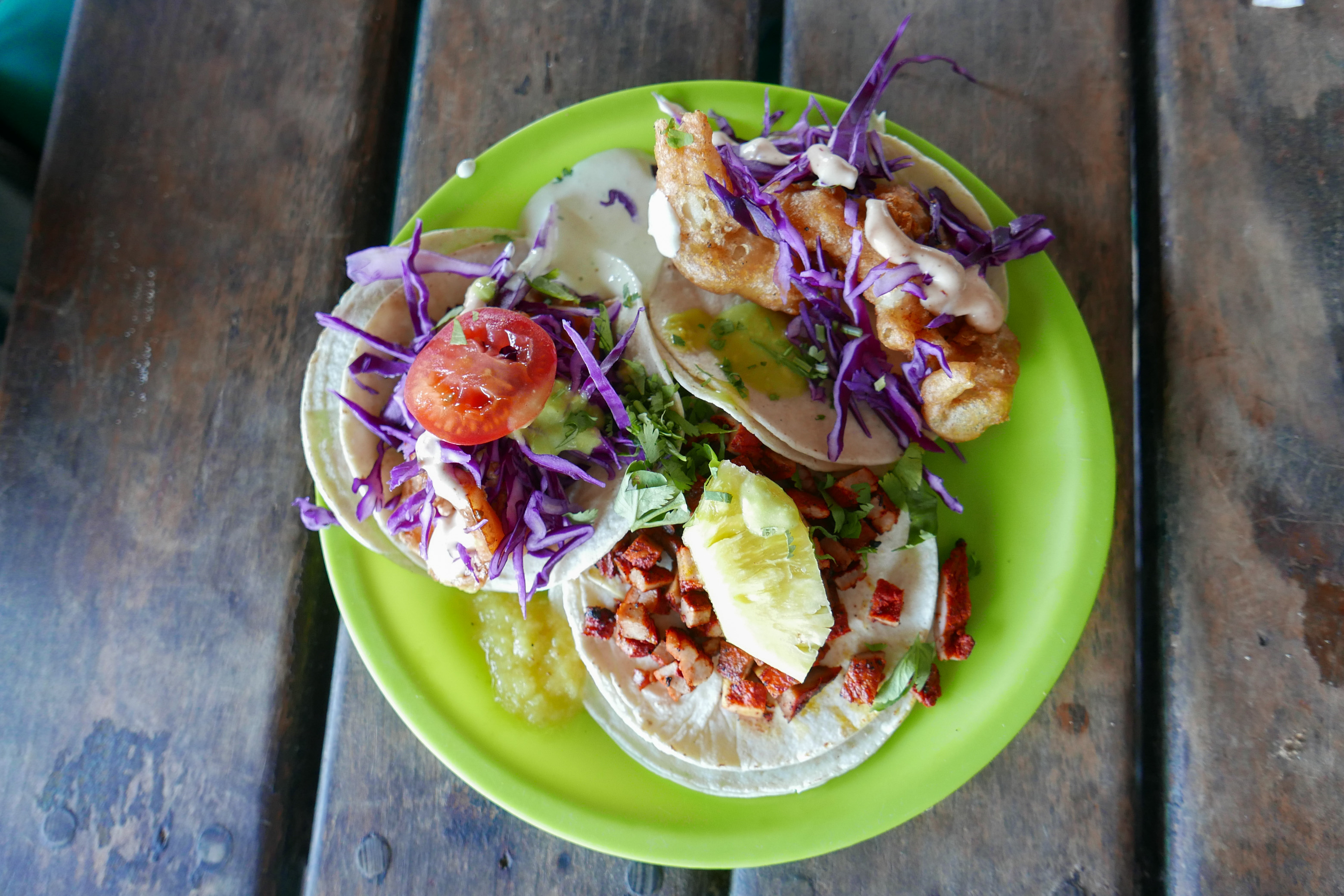 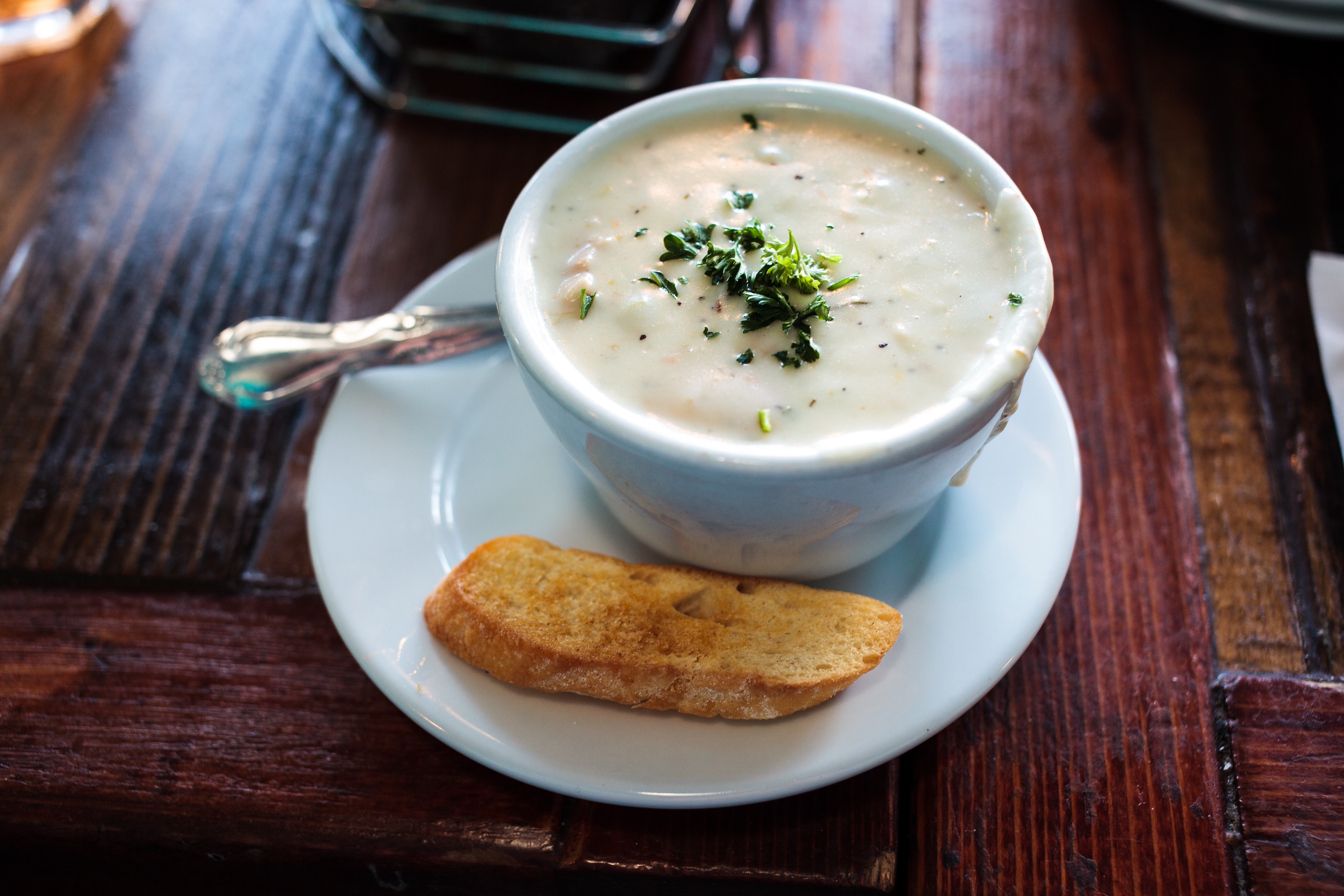 On the other side of the country, San Diego’s seafood is a bit different, and its flavors are closely tied to its neighboring states and countries. Enter the beloved seaside staple — the fish taco. Though it originated just an hour and a half down the coast in Ensenada, Mexico, San Diegans have claimed it as their own. The legendary story claims that, during the 1950s, Japanese fishermen taught tempura battering to local fishermen and, voila, a new taco was born. The traditional version, which can be found all over San Diego in restaurants and taco stands alike, includes battered and fried white fish on a corn tortilla, topped with purple cabbage, crema, chipotle mayo, salsa bandera, and a squeeze of lime. Oh, and this might go without saying, but a fish taco is definitely more enjoyable when eaten as close to the ocean as possible.

Speaking of the ocean, Hawaii is the next stop west from San Diego. Poke bowls, a Hawaiian staple, have been classic San Diego lunch and dinner items for decades. At its most basic, poke includes marinated fish, like salmon, octopus, or ahi tuna, and white sushi rice. Fish lovers can find a variety of poke types in San Diego, which mainly boil down to two categories: mainland and island-style. Mainland poke is a more gussied-up version with fancier toppings like avocado, fried onions, edamame, and purple sweet potato. Island-style is generally served by the pound and scooped onto a plate with two scoops of rice — the marinade should be the main event, not the toppings. 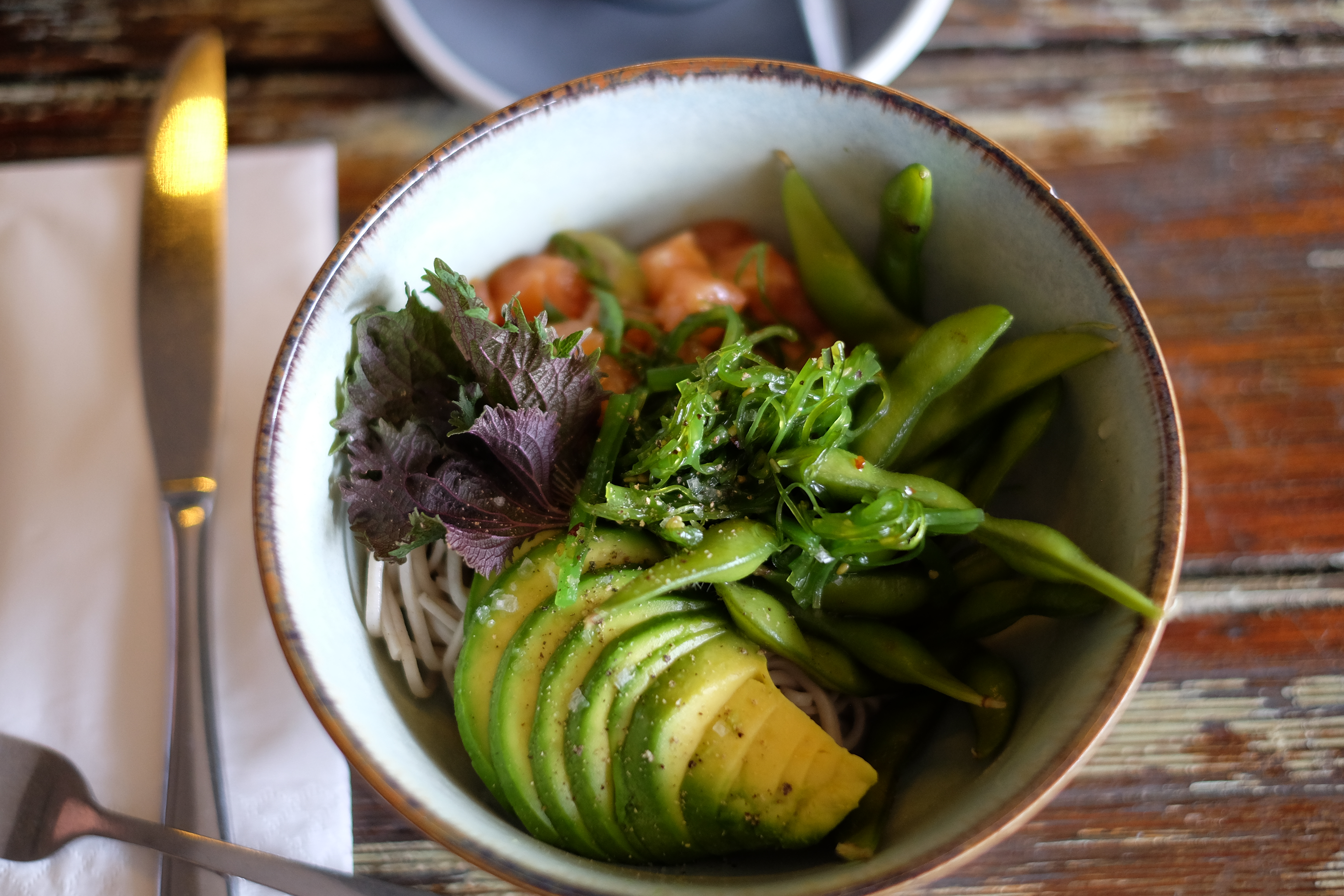 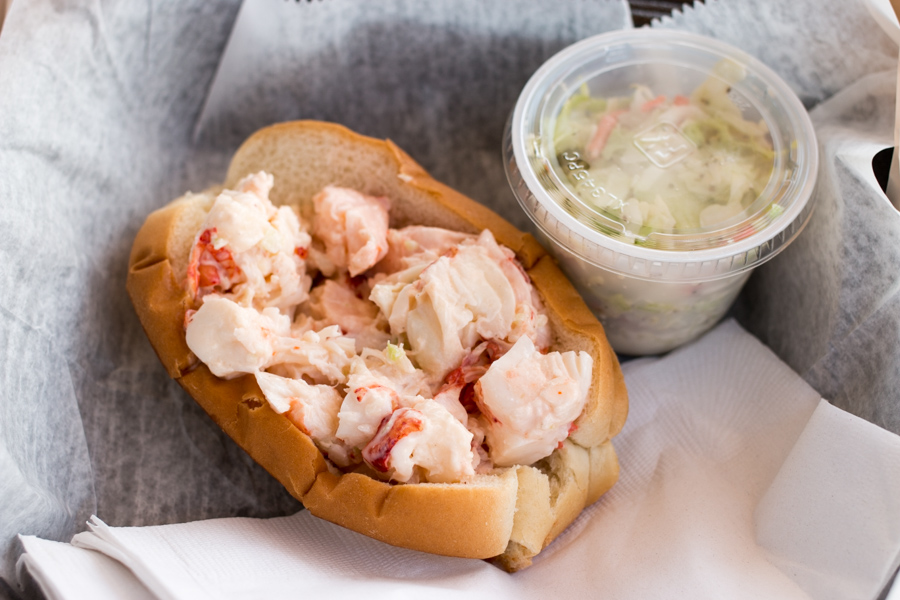 Both cities take on international influences that make for some interesting regional specialties. As noted, Mexico’s influence on San Diego’s food scene can’t be understated. But you haven’t truly lived a day in a San Diegan’s shoes if you haven’t consumed a California Burrito. While the California Burrito may look like the burrito you might know and crave on the outside, one very different ingredient on the inside makes it all San Diego: french fries. The fries are mixed in with the carne asada, cheese, salsa, and guacamole. No one’s quite sure who first came up with the concoction, but most estimate that fries were first introduced to the burrito in the 1980s at the famous Roberto’s Taco Shop. However the California Burrito came to be, it’s a dish that locals agree is quintessential to San Diego.

Bostonites also gravitate to rolled doughy foods — but in dessert form. Cannoli may be the city’s most popular dessert, outside of the Boston Cream Pie (given its namesake). When Italian immigrants settled in the North End in the early 20th century, they brought with them the popular Sicilian dessert. Today, the title for best cannoli is hotly contested by competing pastry shops, but one fact is clear: dessert is better when it’s slightly sweet riccotta cheese, wrapped in a fried dough shell.

What food would you rather Flip the Forecast for? There are no wrong answers — only your appetite can tell you.