What Do Starbucks Locations Really Say About Income and Diversity in America?

Eater used U.S. Census data to analyze the economic and racial makeup surrounding every Starbucks location in the country as of October 2015. This map pinpoints five cities in which Starbucks plans to open in low-income and minority neighborhoods. Select a city to see where Starbucks locations fall on an income map.

Despite a long-standing association with wealth and gentrification, Starbucks has recently been making efforts to outreach to low-income and minority communities. But the coffee giant has a long road ahead before it can repair its relationship with economic and racial disparity. Even with new plans to bring 15 stores and job training to underrepresented communities, data shows one fact remains: If there’s a Starbucks in the neighborhood, there is more than likely a substantial white population and a median income higher than $50,000.

Starbucks announced in July that it was eyeing low-to-medium-income neighborhoods in at least five cities, including two cities — Ferguson, Missouri and Milwaukee — where the police-involved shootings of unarmed black men sparked national outcry. The latter took place in 2014, outside a downtown Milwaukee Starbucks after employees called police on 31-year-old Dontre Hamilton, who was sleeping outside the store. In the following months, Starbucks and its CEO Howard Schultz launched a series of campaigns to tackle racial inequality in the company and in the country. This included Schultz’s visiting with the Hamilton family in Milwaukee and hosting discussion forums for employees. A year and a half later and the company is still at it, with the 15 proposed stores being its latest push. 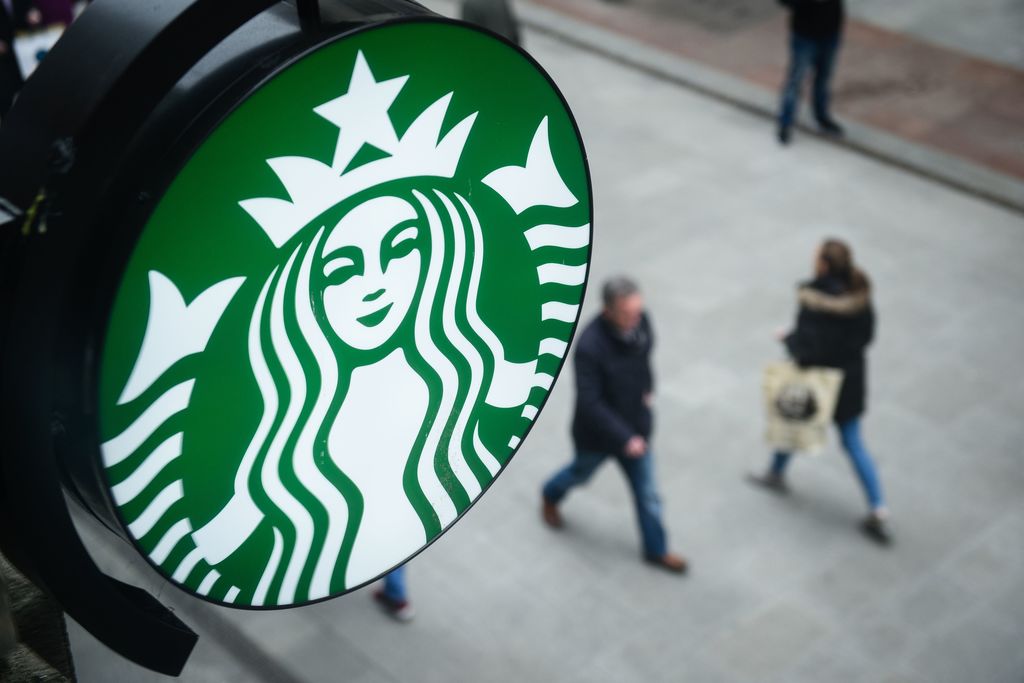 The goal is to support economic and social change, according to a statement from Starbucks. “To determine which communities are a good fit for this store concept, Starbucks looks at all the available data on the socio-economic health of America’s cities to understand which communities have the biggest opportunity gaps.” But if data is any indication, even as the beverage chain tries to tackle racial and income disparity, it remains a symbol of it.

U.S. Census data on race and income shows 83 percent of Starbucks stores in the U.S. serve predominately white areas, mostly wealthy or middle class ones. That means 15 new stores in inner-city neighborhoods won’t significantly increase the total percentage of Starbucks stores in black and Latino communities from a combined 14 percent, as it stands now. And in large, high-income cities like Chicago and New York, the new stores won’t change Starbucks’ image as an emblem of economic privilege.

Chicago offers a striking illustration of the bind. Eater mapped every Starbucks location in Chicago and the four additional confirmed cities where the company plans to open the special stores — Phoenix, New York City, Ferguson, and Milwaukee. Almost all Chicago Starbucks stores are on the city’s North Side, the wealthier, more diverse counterpart of the largely African-American, mixed-income South Side. The few locations that exist on the South Side are in higher income neighborhoods like Hyde Park, the stomping grounds of University of Chicago students and the First Family.

A closer look at the map, in which dark colors represent higher median income levels, shows patches of dark jade starting in the city’s Loop epicenter and running north, along Lake Michigan. The town’s Starbucks locations follow the trend: a cluster of locations starting in the Loop and going upward, staying east. In essence, in Chicago, the higher a neighborhood’s income level, the more likely Starbucks locations exist there. And overall, only 19 percent of the Chicago cafes exist in neighborhoods with less than $50,000 in median income.

New York City shows a similar pattern, in which most Starbucks are located in the lower or central Manhattan area. The farther one ventures away from these high-trafficked, wealthy hubs, the harder it is to find a Starbucks.

There is more hope for the smaller cities on the list. The Starbucks opening in Ferguson will be the city’s first, recently breaking ground two miles from where the controversial shooting of 18-year-old Michael Brown took place. In Phoenix, just over half the city’s 98 Starbucks stores are in low-to-medium-income areas. While Phoenix locations are scarce in the poorest areas, mixed-income communities are more likely to have them. In Milwaukee, 41 percent of Starbucks stores are in low-to-medium-income communities.

This could be the case for more communities as Starbucks takes steps in a new direction and continues to alter its middle/upper-class image. The company’s College Achievement Plan offers all qualified employees full tuition for Arizona State University’s online bachelor’s degree program. Thousands of employees have enrolled. Meanwhile some efforts have been controversial. During Schultz’s crusade to talk race with anyone in the company who would listen, Starbucks announced that the discussions led to baristas writing ‘Race Together’ on cups and offering to discuss racial issues with customers. But the initiative received negative backlash, with some calling the campaign disingenuous. The cup-writing portion of the campaign ended a week a later, but the company pressed on with newspaper advertising and programs.

For its latest social justice endeavor, Starbucks wants to work with community leaders and organizations to ultimately use the 15 new stores to offer jobs and training to at-risk youth. The initiative goes hand-in-hand with Starbucks’s goal of helping a coalition of companies to hire at least 100,000 at-risk youth by 2018, Starbucks told Eater. Whether that will be enough to help repair some of the economic, social, and racial issues in those communities is open for discussion.

Select a city to see where Starbucks locations fall on an income map.