How Himalayan Food Found a Home in Jackson Heights

It feels strange to drink Tibetan butter tea in the relative comfort of a New York City restaurant, sheltered from the elements. This isn’t because butter tea is unfamiliar to American tastes, but because the beverage developed under much harsher conditions. Butter tea, a Tibetan staple, is optimized to provide protein, fat, and warmth to people living in the chilly heights of the Himalayas, not for a restaurant-goer casually sipping a cup in Jackson Heights, bathing in steam from the nearby kitchen.

Then again, the butter tea served at most Tibetan restaurants in Queens wasn’t made for the Himalayas either. In Tibet and parts of Bhutan and Nepal, where the climate is cold and the altitude high, food storage is a critical consideration, and dairy that can be stored for long periods of time, like butter and yogurt, wins out over milk. Even at cold temperatures, butter will eventually oxidize — in Tibet and Bhutan, some of the butter you get is also sour — but because it’s what’s available, it’s what goes in the tea. 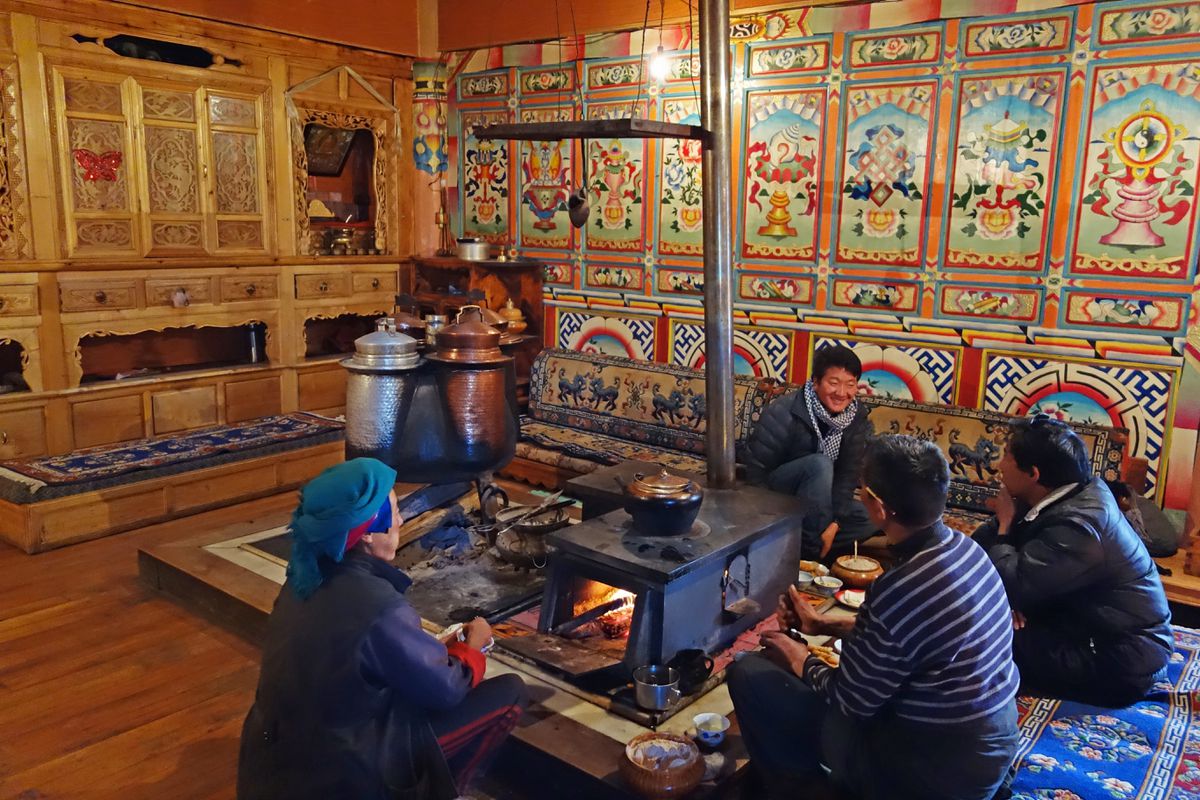 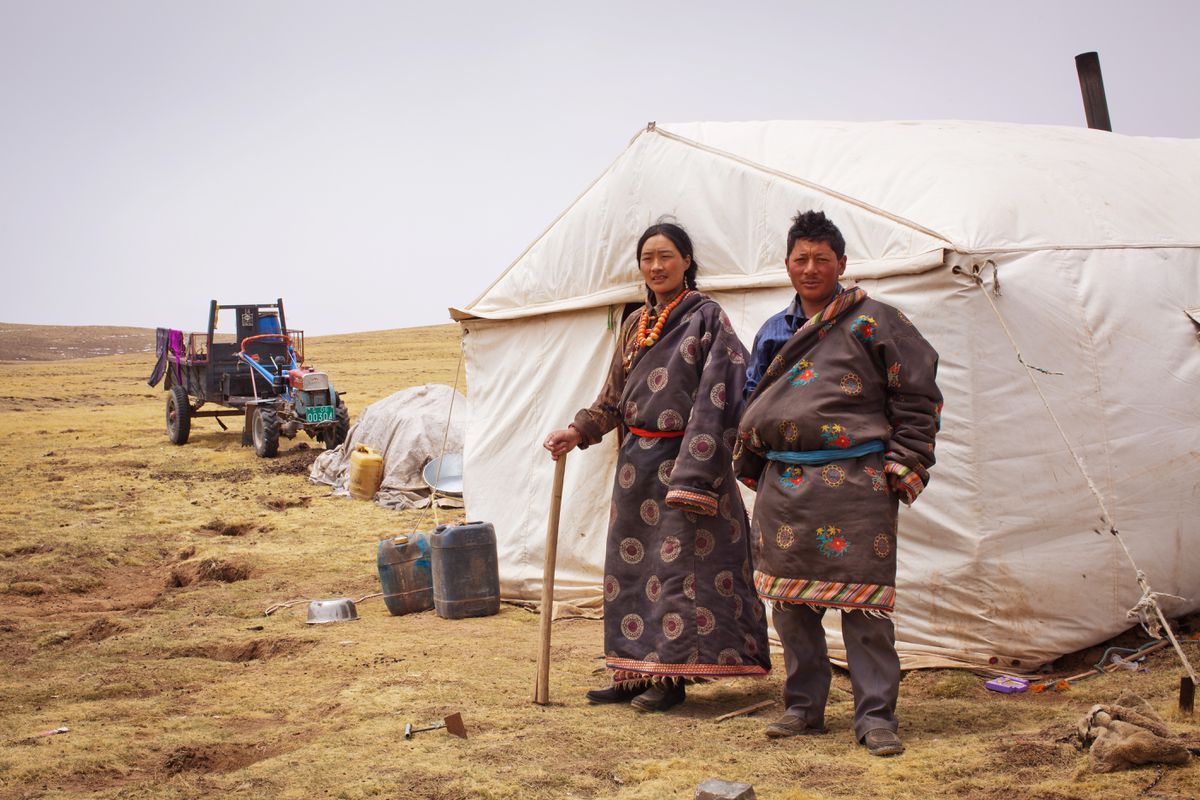 In Queens, however, fresh butter is easily available. Using aged butter would be a matter of taste, not necessity, and would probably be harder to make than just using butter from the store.

This shift in how Tibetan butter tea is made and consumed, between its place of origin and the far-flung communities where many people from that place have landed, is a microcosm of the eternal tension of immigrant cuisines. Stripped of the landscape and conditions that shaped it, what does food look like? Is it authentic? In a new context, what does that even mean?

Since the turn of the millennium, the United States — and particularly Jackson Heights, Queens — has seen an influx of immigrants from the countries of the Himalayas: Tibet, Nepal, Bhutan, and some parts of northern India. Like many immigrants, their reasons for moving are varied. There are those who come on student visas, or to work. There are those whose move was driven by strife. Many Nepali people were pushed out during the country’s civil war, from 1996 - 2006. According to Adhikaar, a New York-based nonprofit founded to serve the Nepali-speaking communities in New York City, the Diversity Visa Lottery (better known as the Green Card Lottery) shows proof of the climbing numbers of immigrants. Each year, the U.S. gives 50,000 permanent visas. In 2001, 376 of those went to Nepalese immigrants; by 2010, the number had rocketed to 2,132.

Similar trends can be found among Bhutanese and Tibetan immigrants. Large numbers of the Bhutanese population fled or were expelled by the Bhutanese regime in the late twentieth century. Many lived as refugees in Nepal and India before coming to America, as did many Tibetans after their nation was invaded by China. They kept their culture strong in Nepal and India before moving to America. 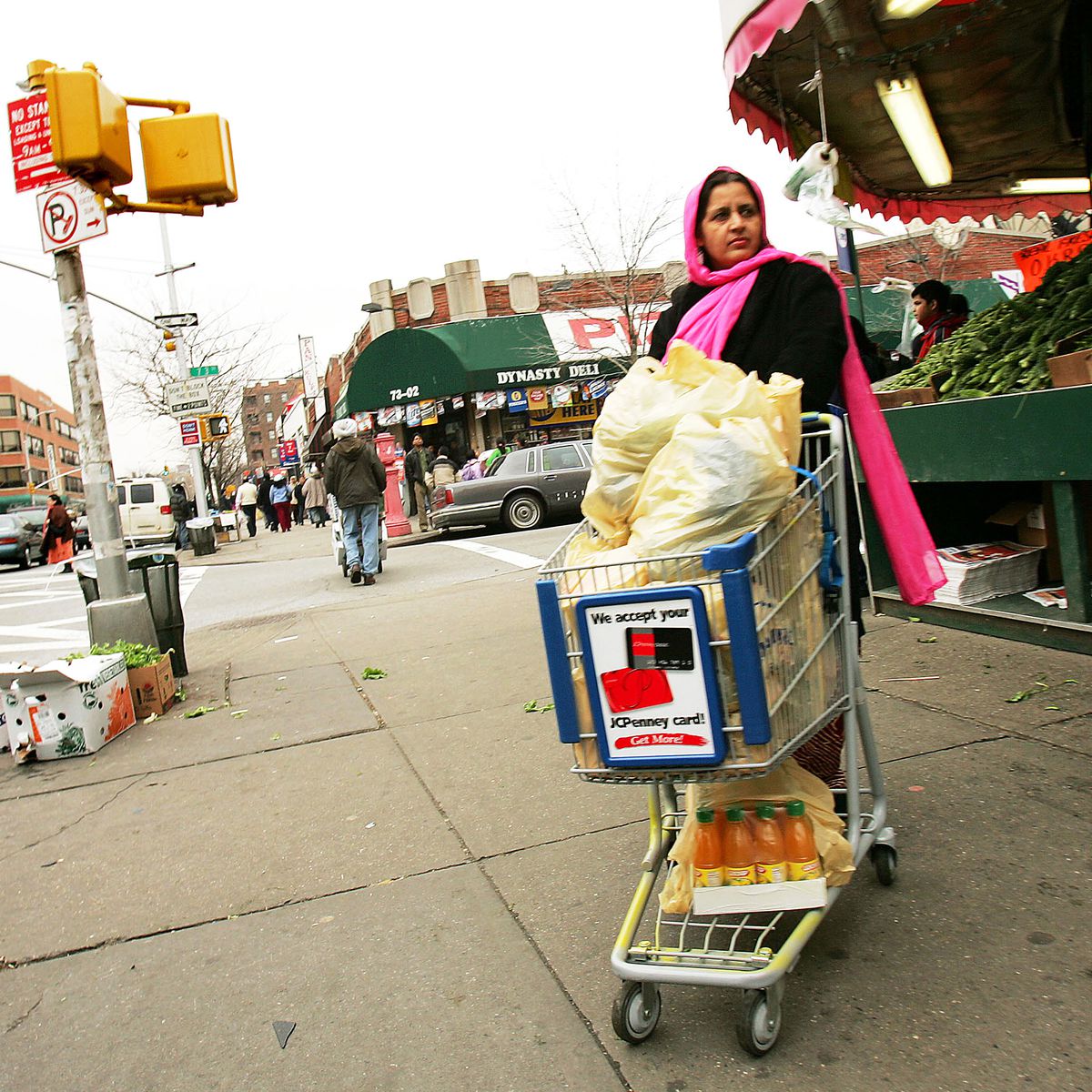 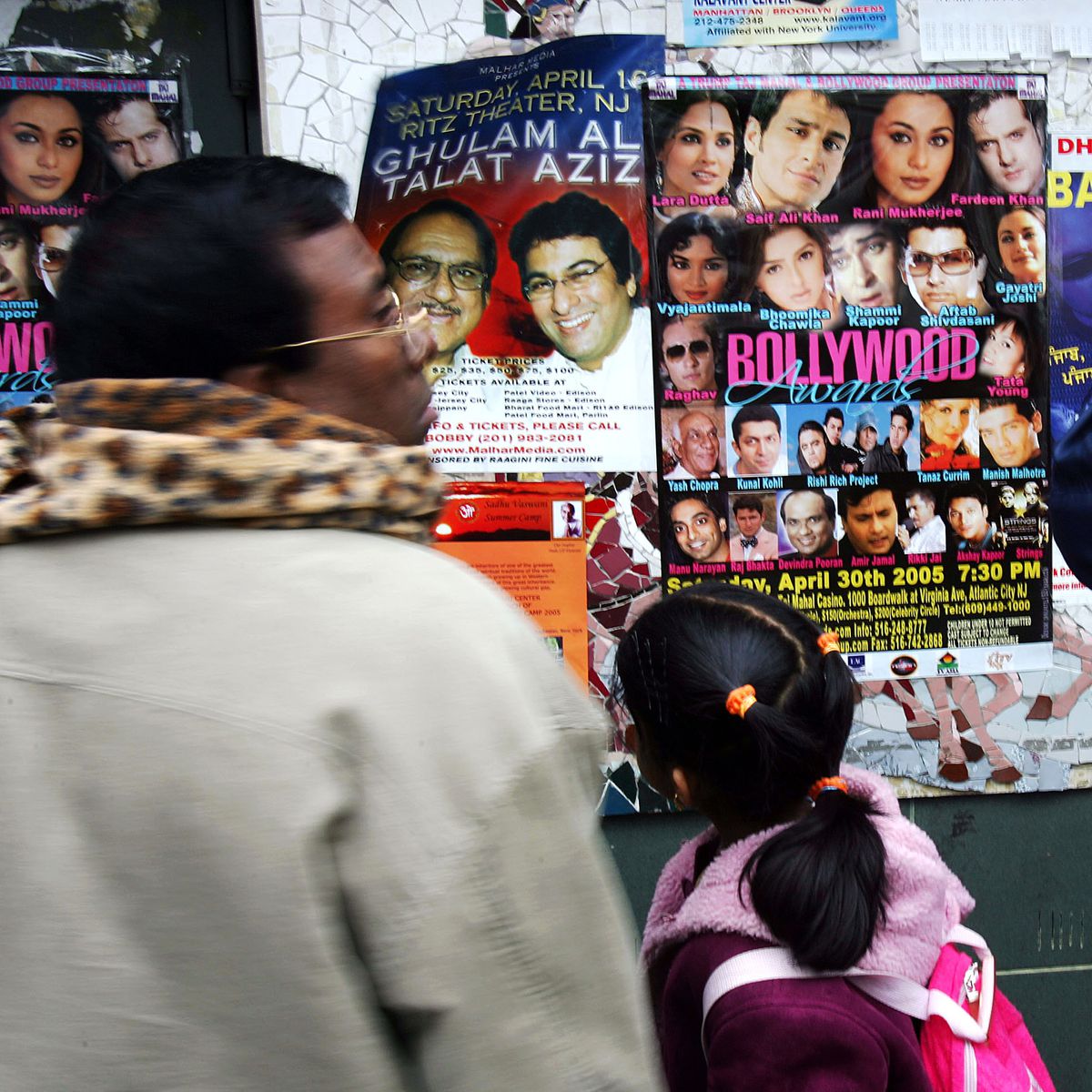 Views of the Indian community in Jackson Heights in April 2005. (Scott Gries/Getty Images)

Many New Yorkers know Jackson Heights as an Indian neighborhood, and because of those existing South Asian ties, the area — New York City first, and then Jackson Heights — was a natural landing spot for Nepali, Bhutanese, and Tibetan immigrants. Shops like Patel Brothers, the Indian grocery mega-chain with three locations in Queens and over 50 nationwide, already sold many ingredients that were a close approximation to what Nepali cooks needed. The Nepali population is now so large that Patel Brothers includes a separate section for Nepali food.

Just as there is no one “Indian food,” there is no one food of Nepal, Bhutan, or Tibet. The cuisine changes by region, and pays no heed to man-made borders. In south Nepal and Bhutan there are valleys rich with produce and spices, whereas up the mountains in northern Nepal and Tibet, where the ground is less fertile and the weather is less forgiving, diets revolve around long-lasting foods like cheese and meat jerky. The interplay of Chinese and Indian influences can be found throughout the Himalayan region; Tibetan ingredients include soy sauce, ginger, and noodles, while Nepali cuisine features dhal, rice, roti, and a wide variety of vegetables. 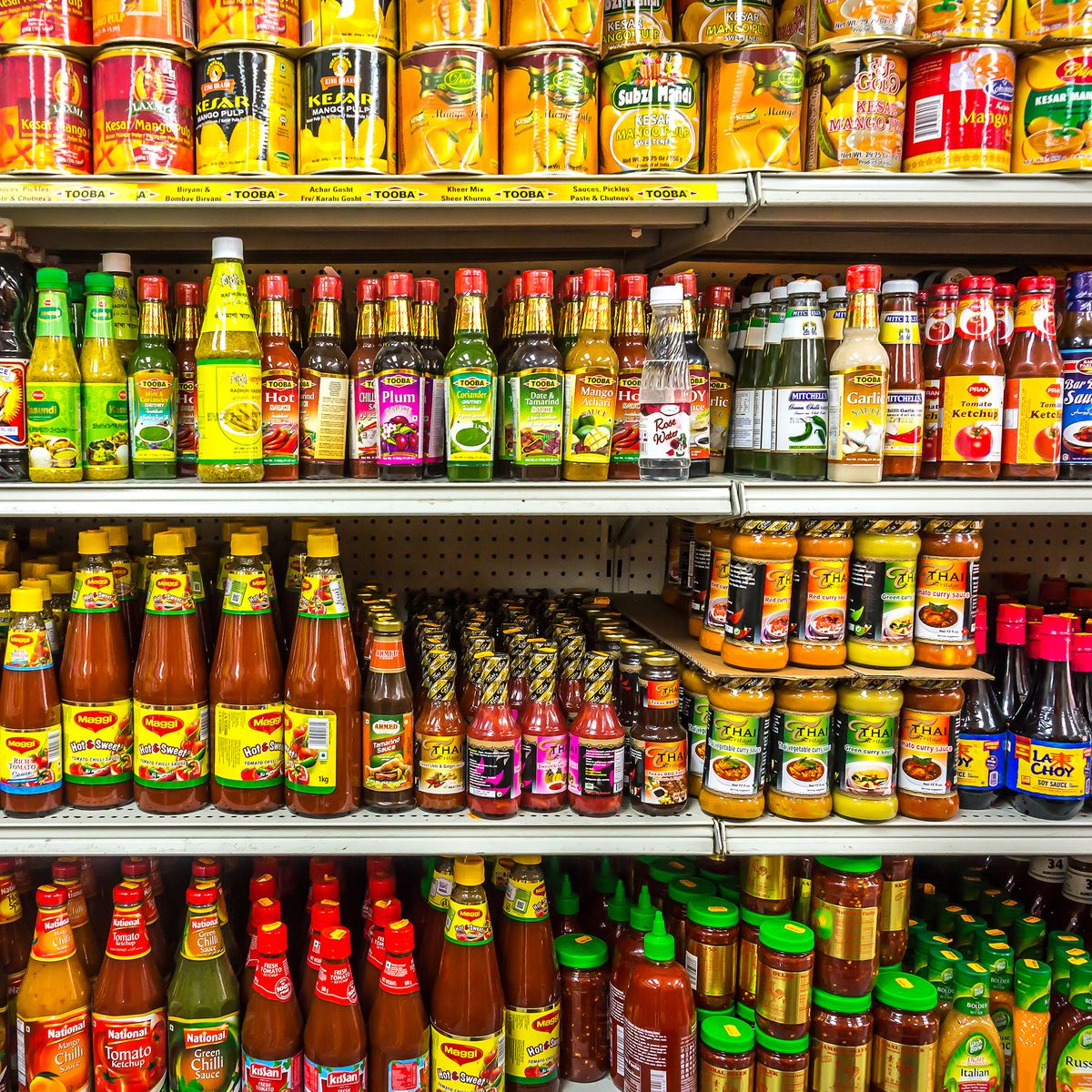 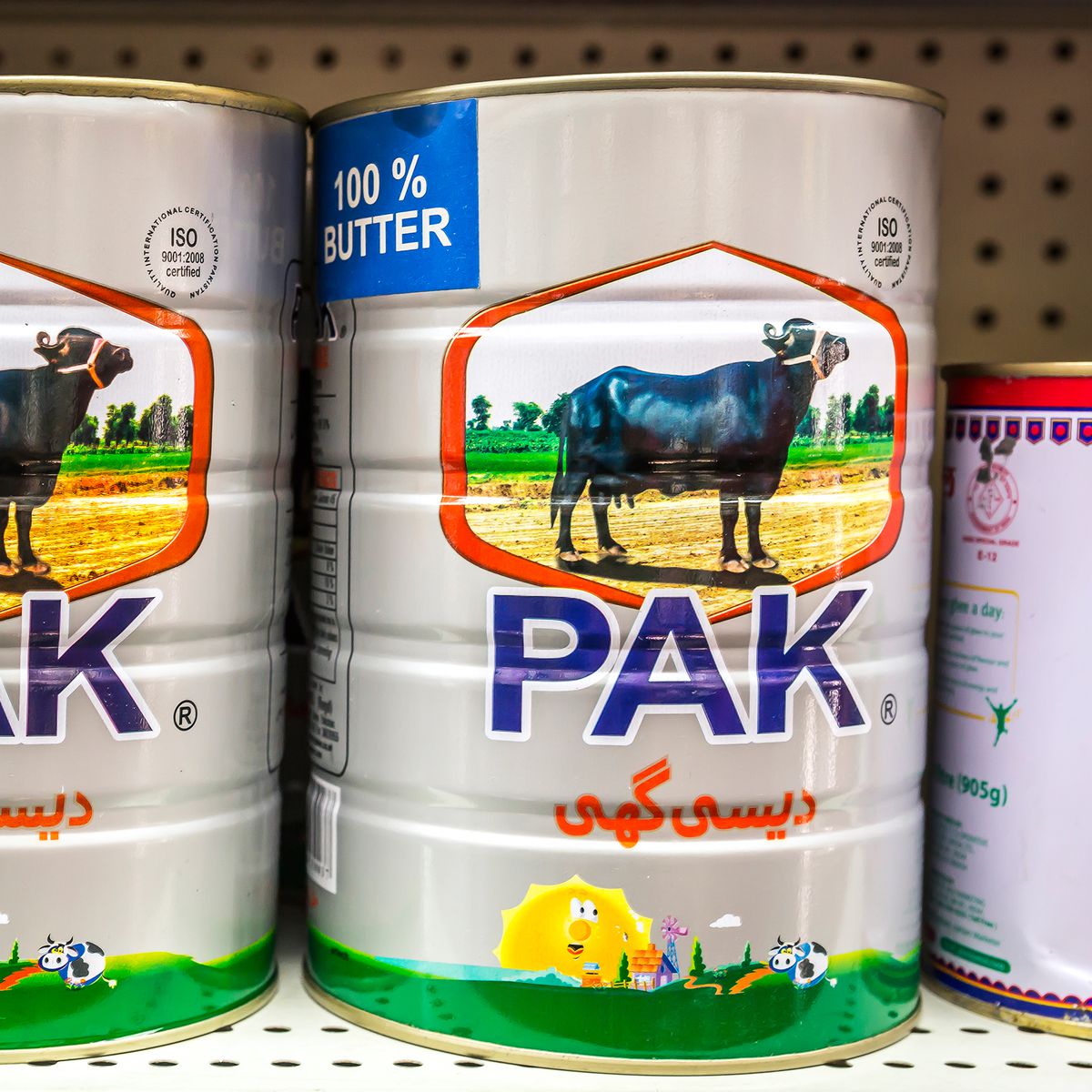 So what does that food look like when it comes to Jackson Heights? Thanks to a ready supply of ingredients (both from markets like Patel Brothers, and a steady inflow of gray-market supplies from people traveling to the U.S. from the Himalayas) traditional recipes don’t have to adapt to a limited pantry. Cooks in Jackson Heights can even source the Nepali spice timur — an extremely hard-to-find cousin of the red Sichuan peppercorn — in the neighborhood, though it is still uncommon in most of the U.S. And there are Tibetan momos and Nepali ones, differentiated by fillings, cooking styles, and what they’re served with. Since these restaurants are primarily catering to the tastes of their communities rather than to outsiders, there’s no immediate need to alter flavors or cooking styles to appeal to uninitiated palates.

Some things are changing, however. While access to traditional ingredients is plentiful, many Himalayan immigrants are nevertheless choosing to adopt Western ingredients into their cooking, like in the case of quinoa khichdi, which takes an ingredient — quinoa — that isn’t from the Himalayan region and integrates it into a traditional dish. While diners can find Bhutanese ema datsi, the chili-cheese of the mountains, in Jackson Heights, here in the U.S. it’s frequently made with approximations of the traditional yak’s milk cheese, such as blue and/or American cheeses.

There are also influences coming from within the community of Jackson Heights itself. Immigrant families of different origins live and work in close proximity, and as a result in restaurants and home kitchens there is inter-Himalayan crossover. Because restaurants cater to a diverse clientele, they end up serving a wider range of dishes — a tasting menu of sorts — that brings in influences from multiple communities. And depending on who is cooking, there will be different interpretations. A Tibetan chef will bring her own traditions to Bhutanese food. A chef from northern Nepal will make the cuisine of southern Nepal with his own flair.

What results is a cuisine with its roots in the Himalayas but one that can only exist — in this way, at this time — in America, in Queens, in Jackson Heights. It’s a cuisine that is welcoming of influence and change, especially from the neighborhood — not from Western palates forcing a culinary assimilation — while at the same time reflecting its cultural roots. ■

Momos, curries, sukuti — and much more.