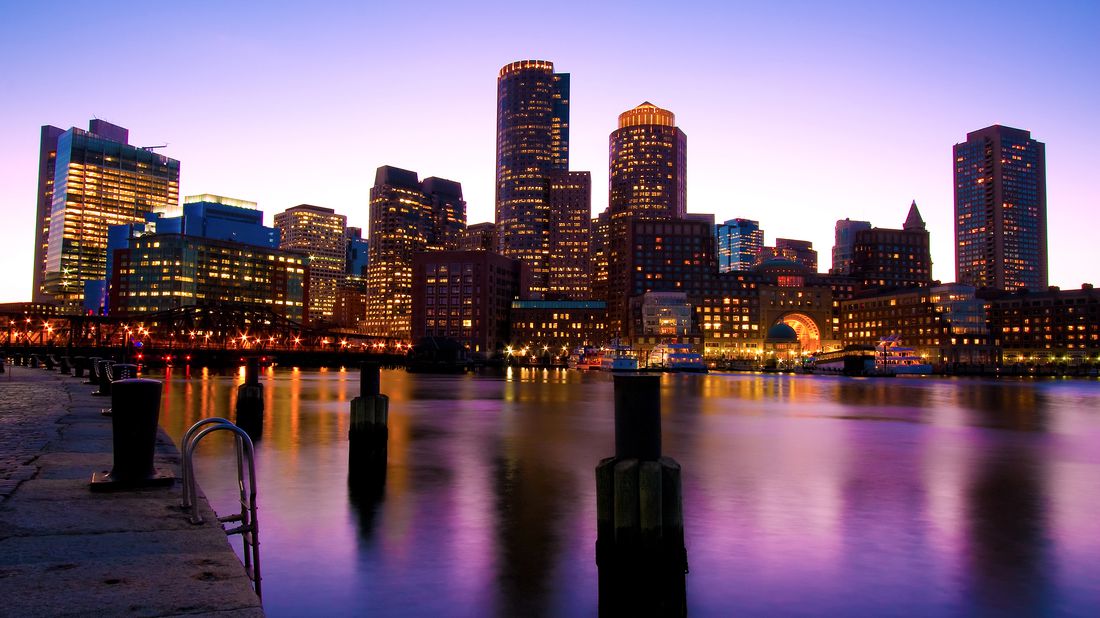 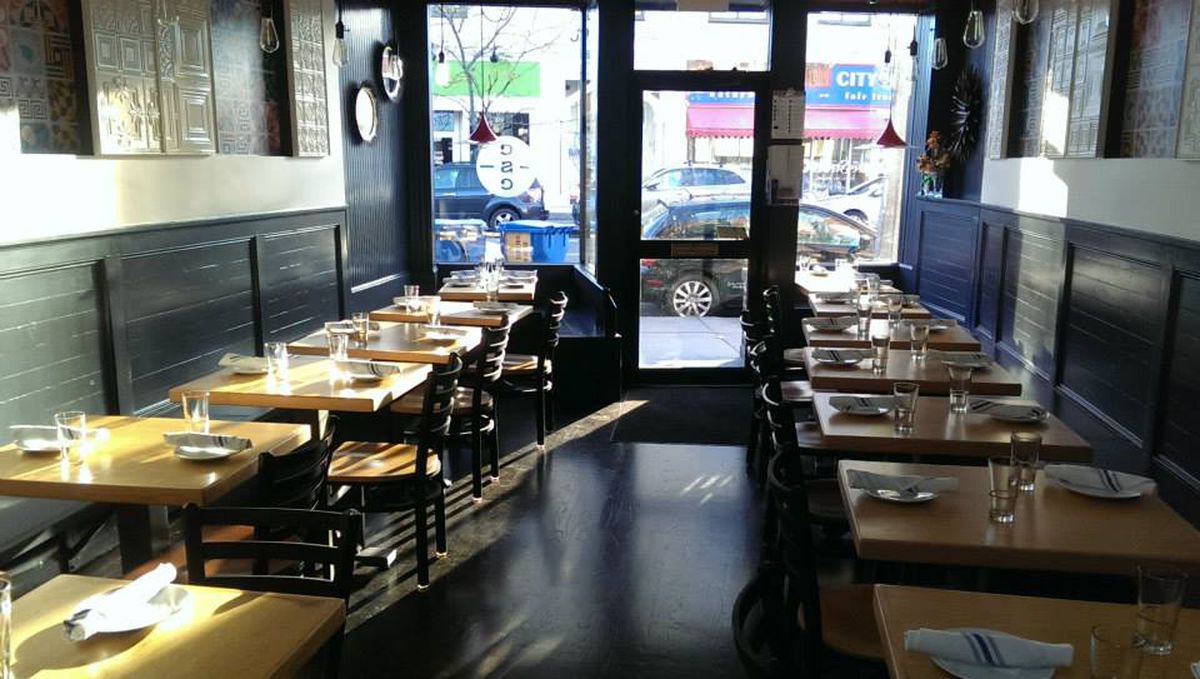 The team behind Tres Gatos and Centre Street Cafe is making it a trio — and keeping it all on Centre Street. Casa Verde will be a 58-seat "casual, family-friendly Mexican eatery" with a focus on tacos and ceviche. The restaurant has a license for beer, wine, and liqueurs. Head to Tres Gatos for Taco Tuesdays leading up to Casa Verde's opening.

Opening Date: First week of February, per co-owner Keith Harmon (as of January 11) 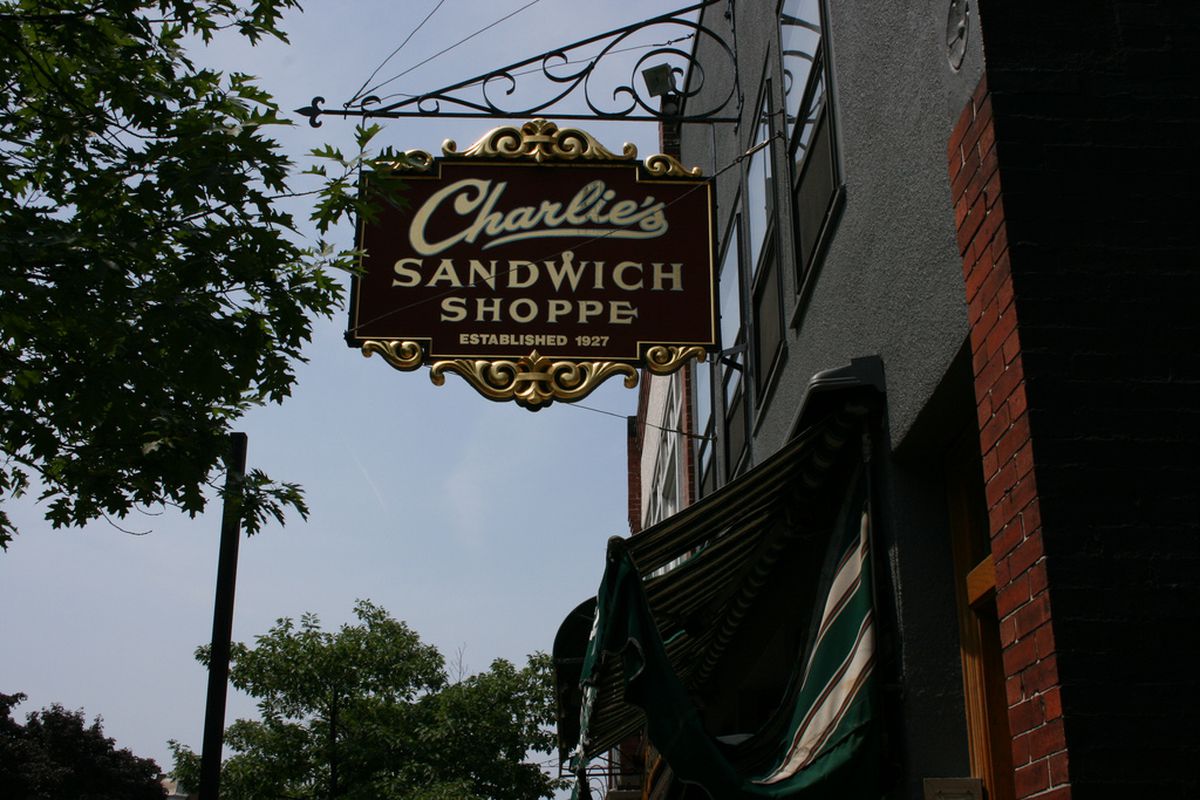 87-year-old Charlie's Sandwich Shoppe, a South End institution, closed in summer 2014, but Evan Deluty (chef/owner of Stella) and his wife Candice bought it and are reopening it as basically the same restaurant after some renovations. 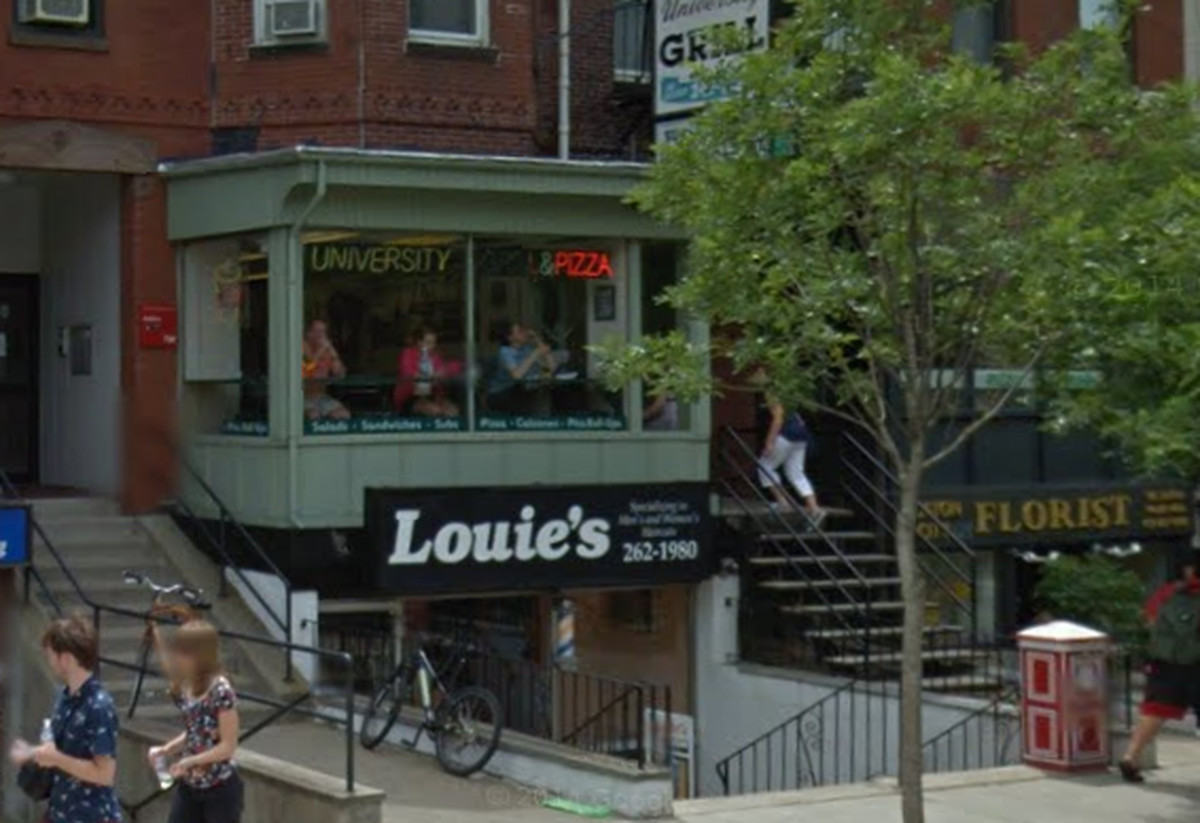 After closing its original Audubon Circle location in October 2015, Crispy Crêpes is about to reopen even closer to Boston University (in a former Sal's Pizza location). In addition to crêpes, Crispy Crêpes also serves panini, wraps, and more. 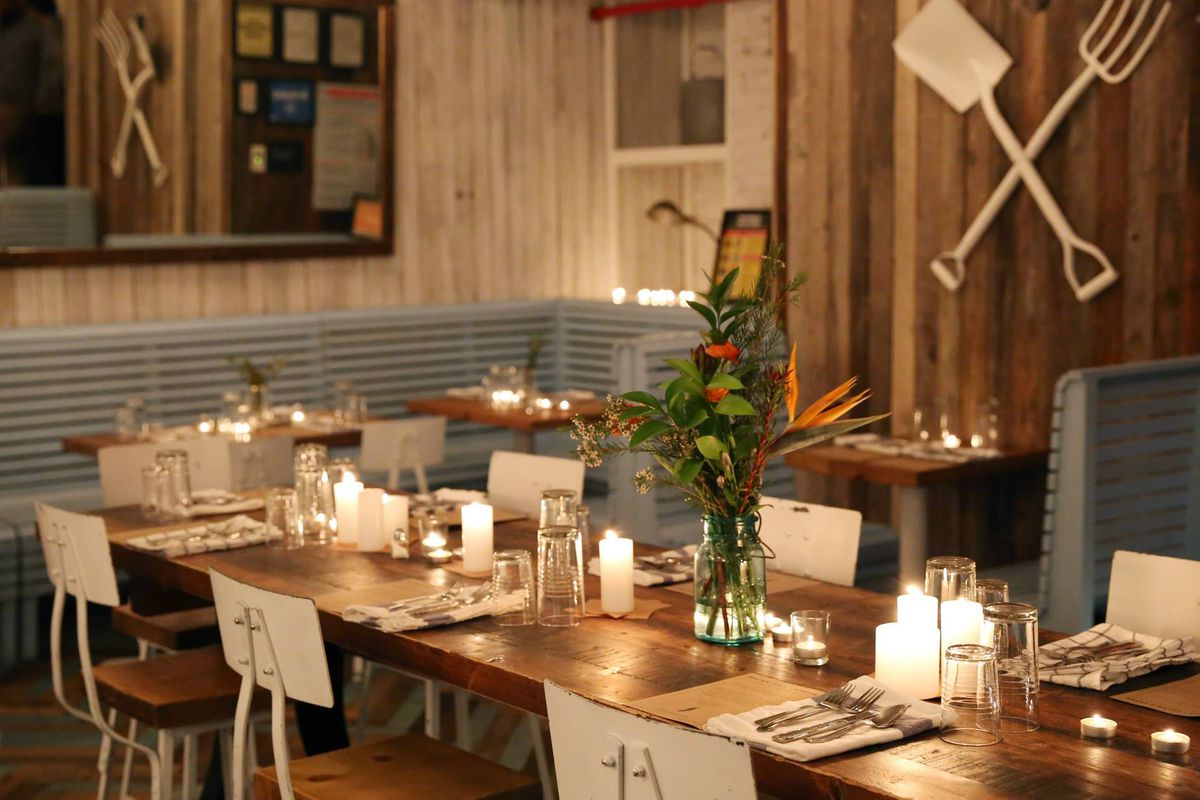 Image: A location of Dig Inn/Facebook 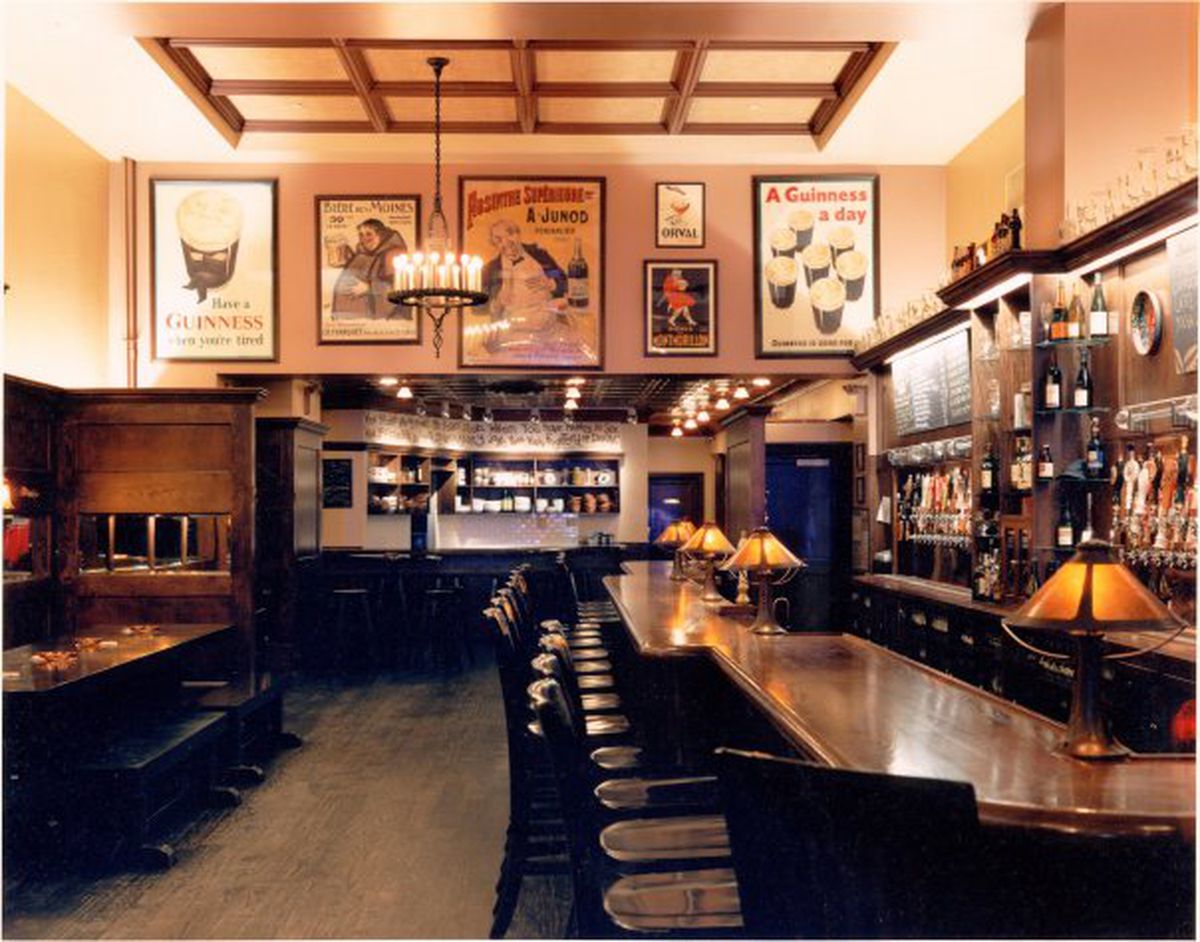 This Houston-based chain has locations in Texas, New York, and Connecticut; it's been trying to expand to Boston for a few years now with a couple of near-deals in Fort Point that ended up falling through, but it has found a home near Faneuil Hall. The Ginger Man is best known for its lengthy and interesting beer list. 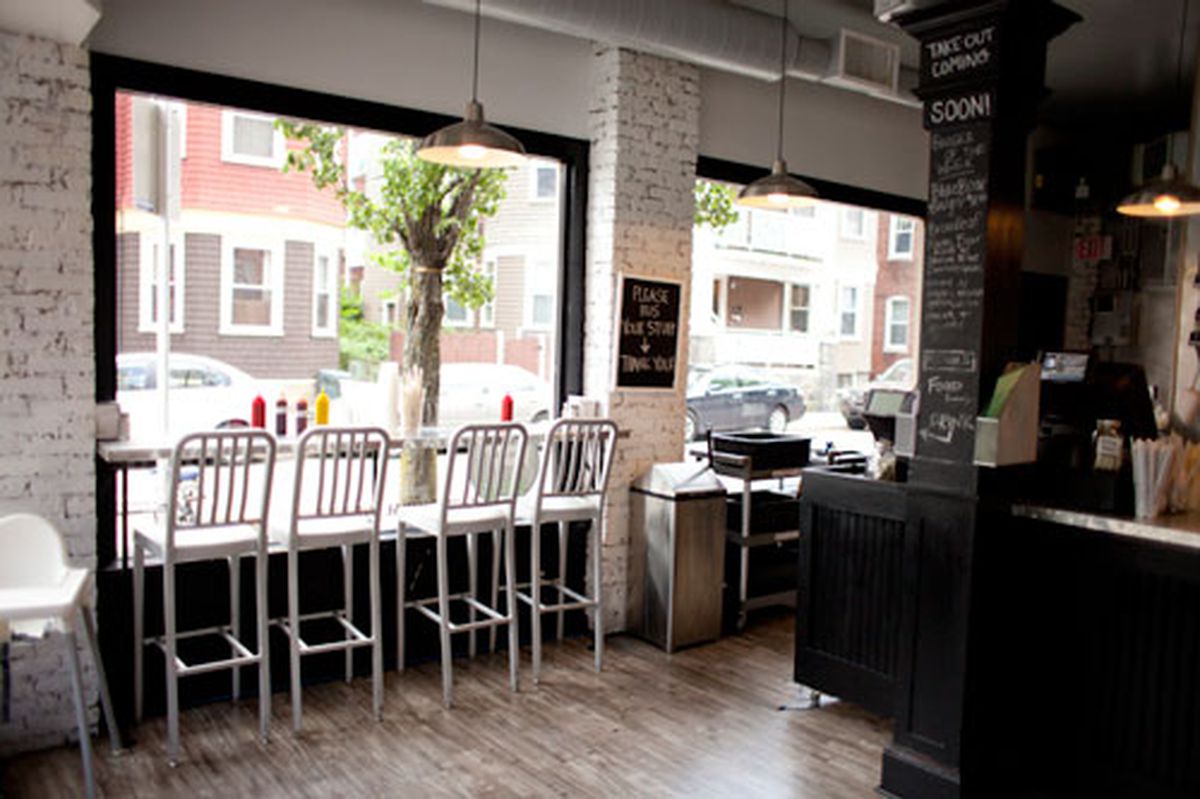 This fast-casual burger joint, which also serves boozy milkshakes, will expand within Jamaica Plain. The new location is the former Tonic space by the Forest Hills MBTA station. "My new location will have more space, a 20-seat full-service bar with an all-alcohol license and an outdoor patio," owner Krista Kranyak Chalfin previously told Eater. "I am also looking forward to the vibrancy of this developing neighborhood." Chalfin is also behind Ten Tables in Jamaica Plain; she recently shuttered its Cambridge location to focus on expanding Grass Fed. 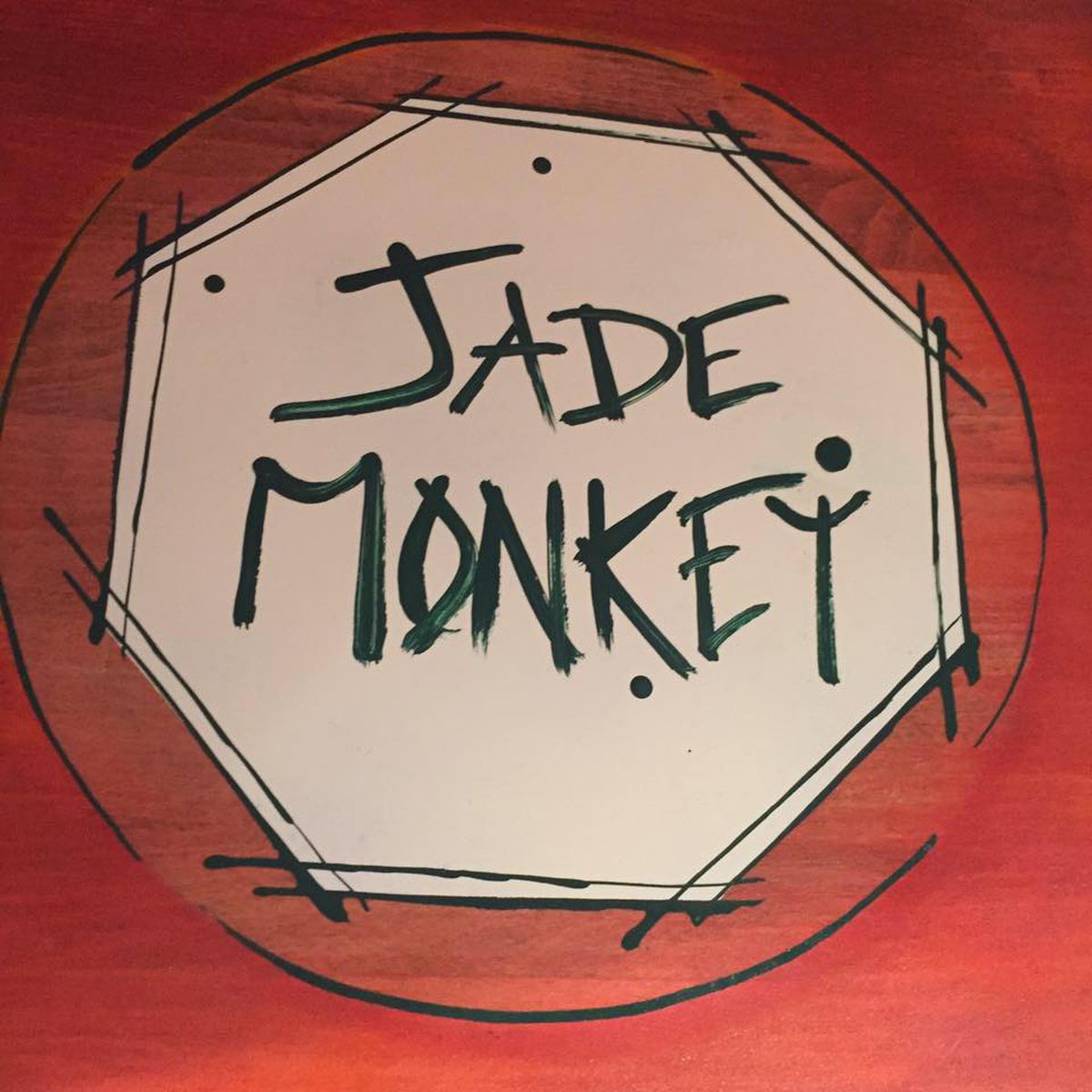 The Cleveland Circle location of Sa Pa is being renovated and rebranded as Jade Monkey, a full-service Asian-fusion restaurant. (Sa Pa, which closed for renovations in October 2015, was counter-service.) 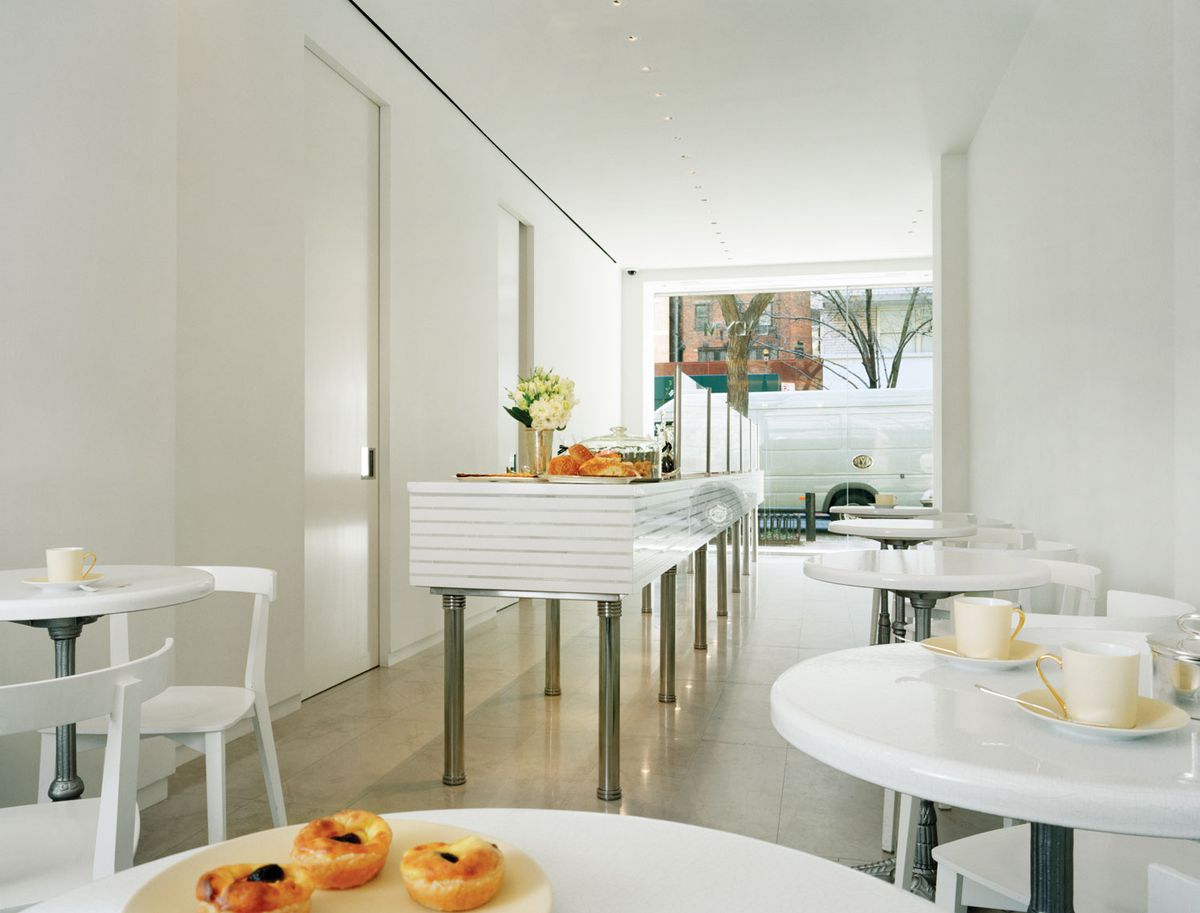 With locations in Asia, Canada, and the United States, Lady M has built up a following for its baked goods, especially its signature crepe cakes. There are also cheesecakes, fruit tarts, and other sweets. Until the opening, a couple types of Lady M cakes can be ordered by phone and picked up at Chatime in Chinatown. 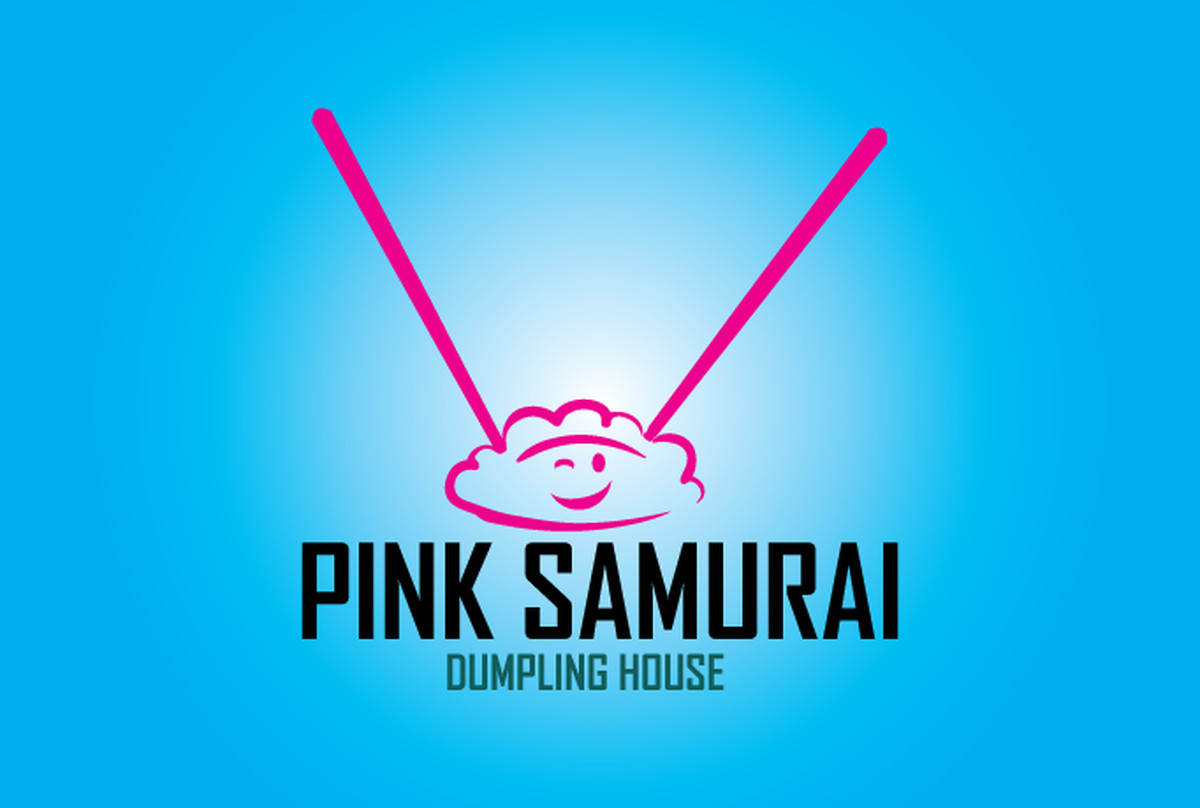 This upcoming fast-casual "modern dumpling house" will feature a variety of creative dumplings as well as house-made tofu and more. Vinegars and other items will also be made in-house, often with local and foraged ingredients. Executive chef Matt Cunningham is an alum of Strip-T's, UpStairs on the Square, and The Sinclair, and he's also the creator of the Farmhouse pop-up series. 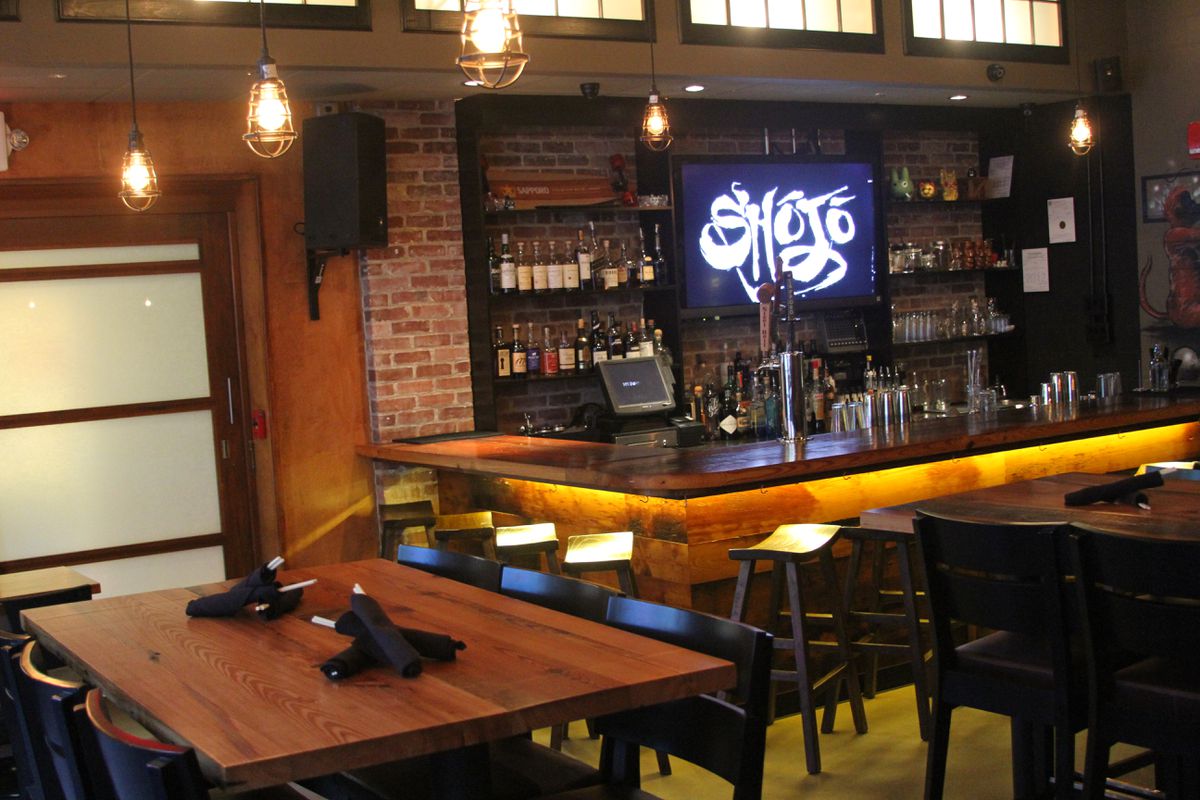 A 20-seat Asian noodle bar from the Shojo team, including Mark O'Leary as executive chef. The menu is not finalized, but dishes might be along the lines of smoked fish-head soup with squid ink cuttlefish balls; lo mein and taro-wrapped duck; and udon. 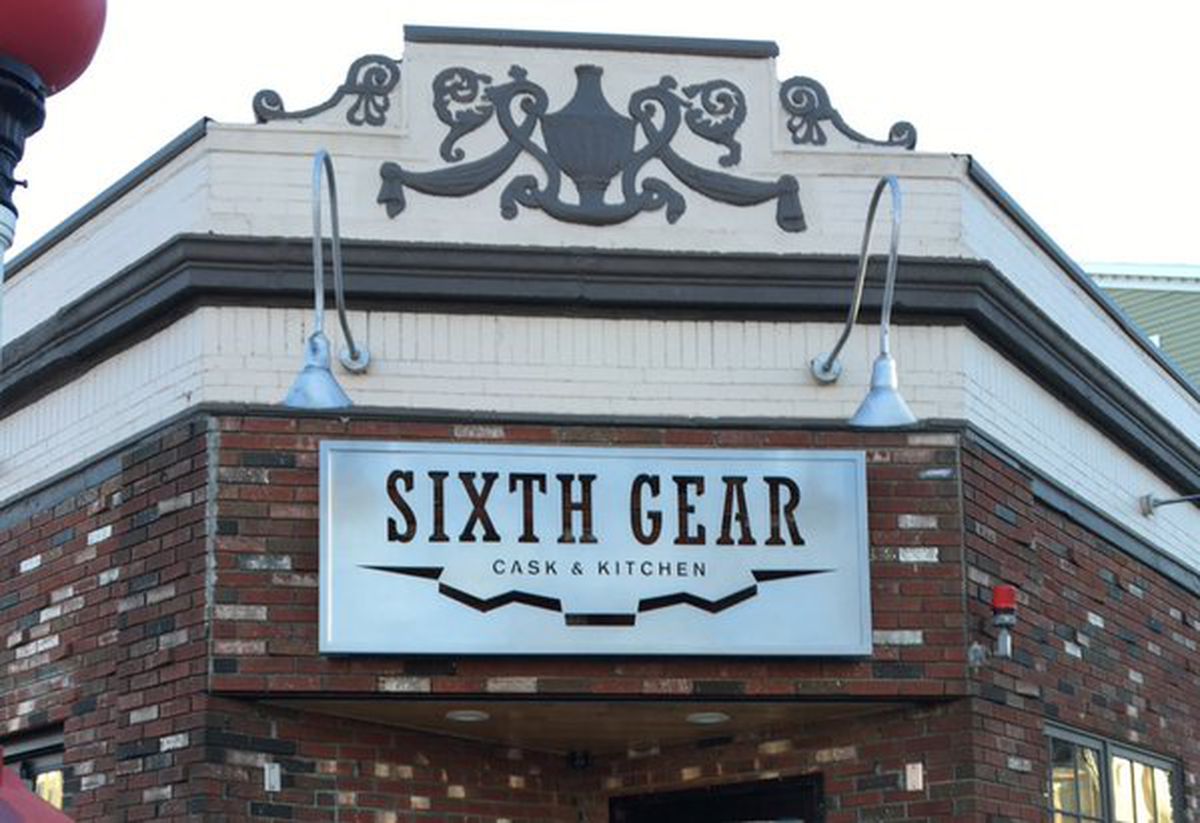 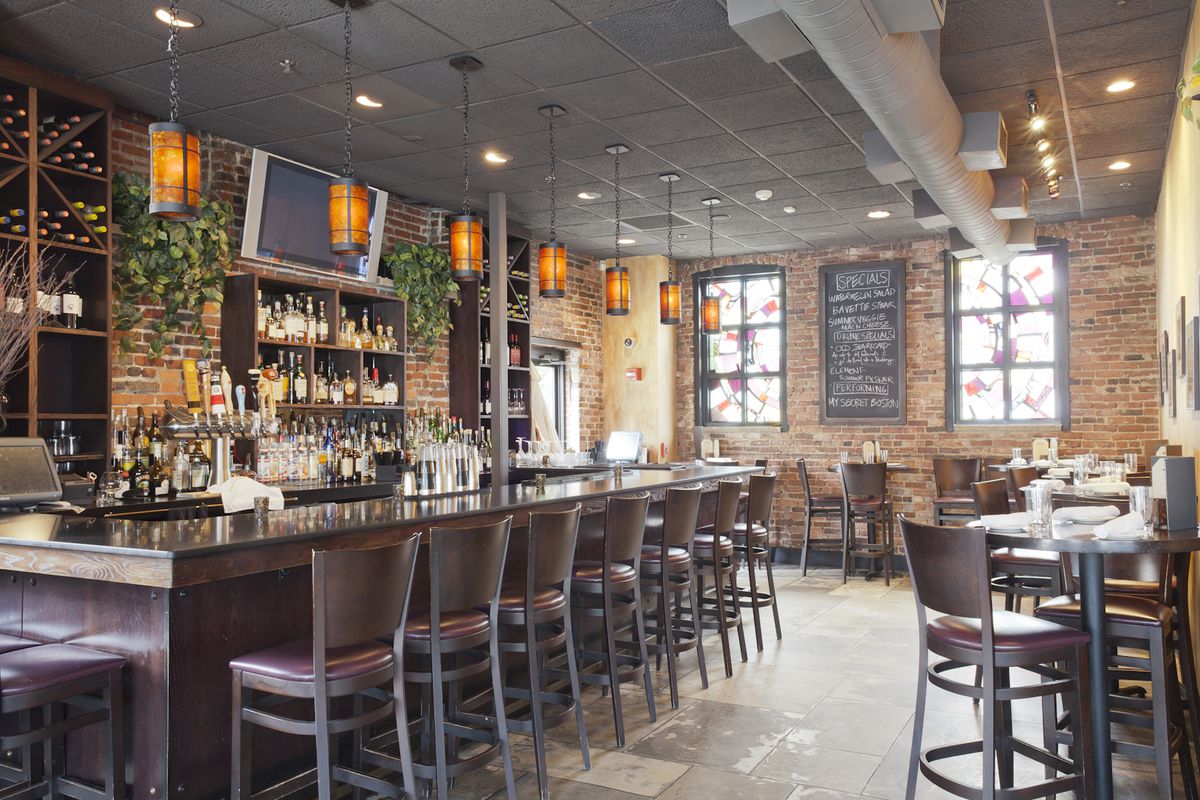 Coppa alum Meghann Ward and her stepmother Marlena Ward are teaming up to bring a dual-concept restaurant to the former Church restaurant and music venue spaces. One side will be a pop-up inspired restaurant with casual pizzas, small bites, oysters, and the like, while the other side will be a more intimate dining experience inspired by mid-century Havana, with a fireplace, a full dinner menu, and interesting cocktails. 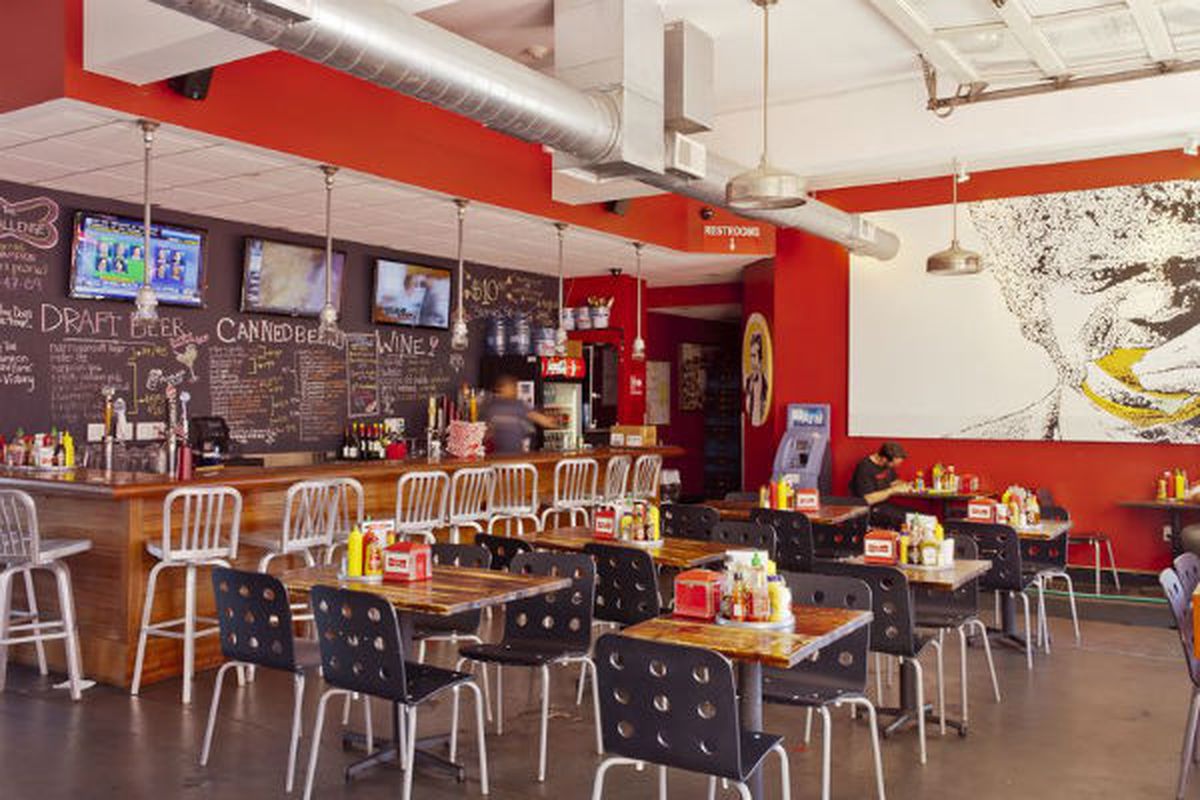 The sixth Tasty Burger location is on the verge of opening in the renovated Bruce C. Bolling Municipal Building in Dudley Square (which is also home to Dudley Cafe and Dudley Dough). It'll serve up Tasty Burger's standard array of burgers, hot dogs, and more, and there will be beer and wine. 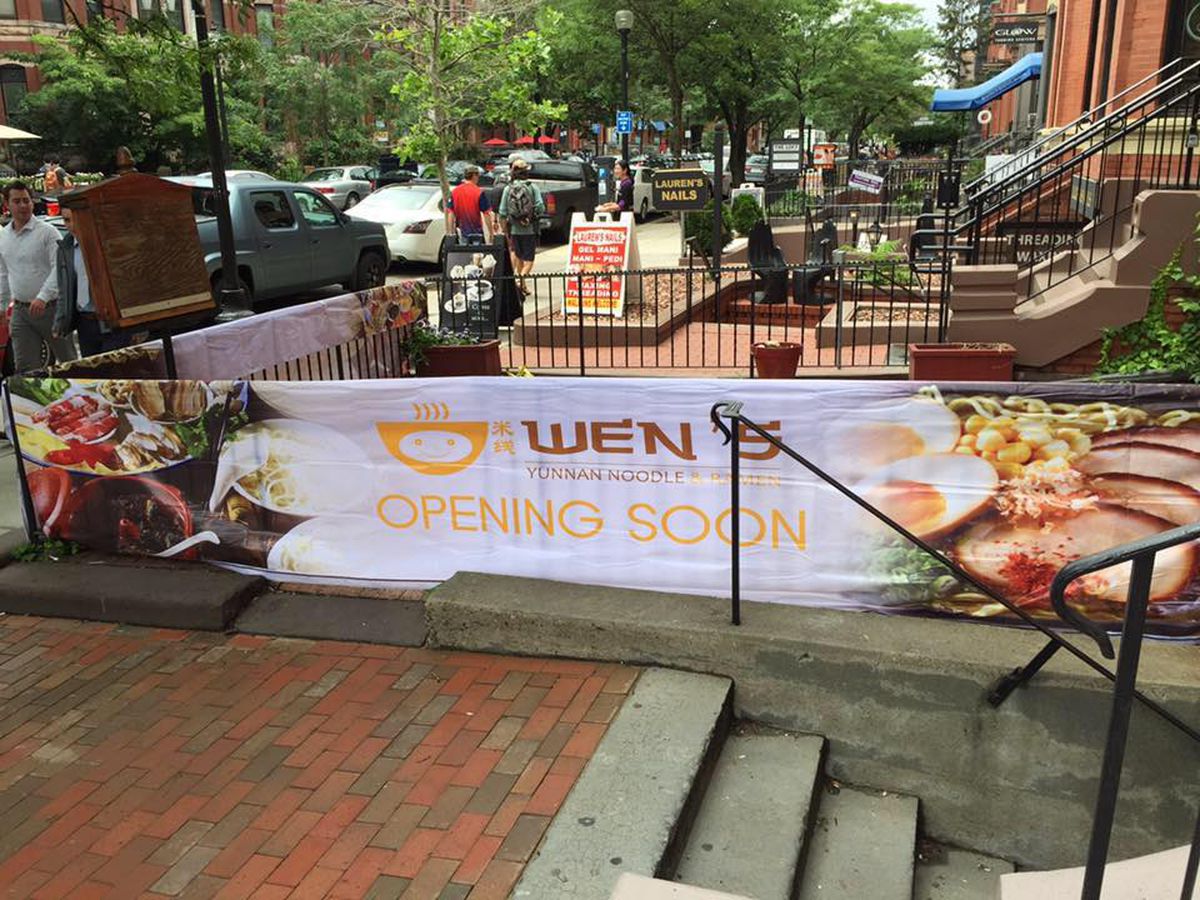 Located in a former Newbury Street Boloco space, Wen's will serve a traditional Yunnan Province dish called "cross-the-bridge" noodles, along with a variety of Japanese ramen bowls and bubble tea.

Beyond winter 2016, expected Boston openings include A4 at Troy, Eataly, Saltie Girl, and more. 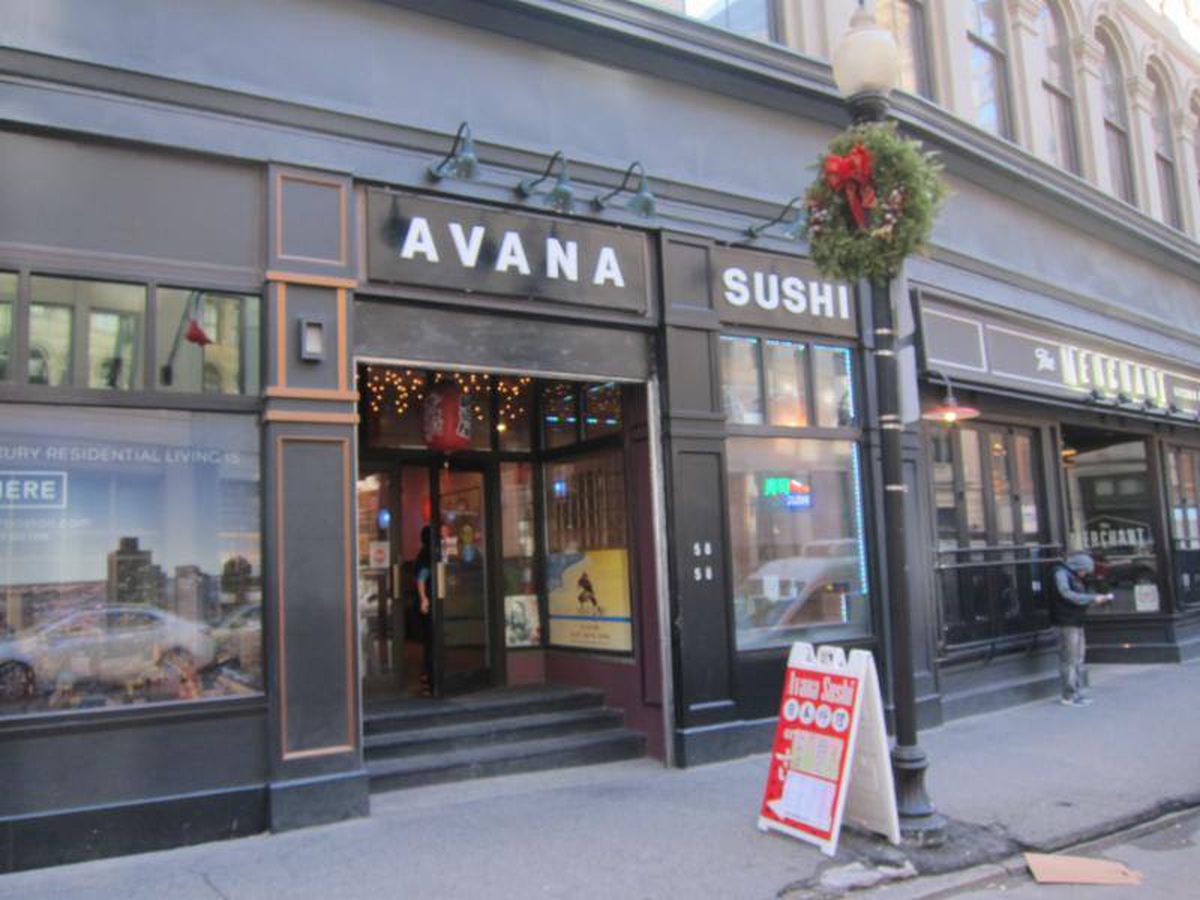 (NOW OPEN.) A Chinatown sushi spot popular for its affordability (not to mention its location within a tiny food court that also includes a cell phone vendor) has expanded over to Downtown Crossing. The new location (the former Samurai Kuang space) will help the restaurant accommodate its increasing catering business. 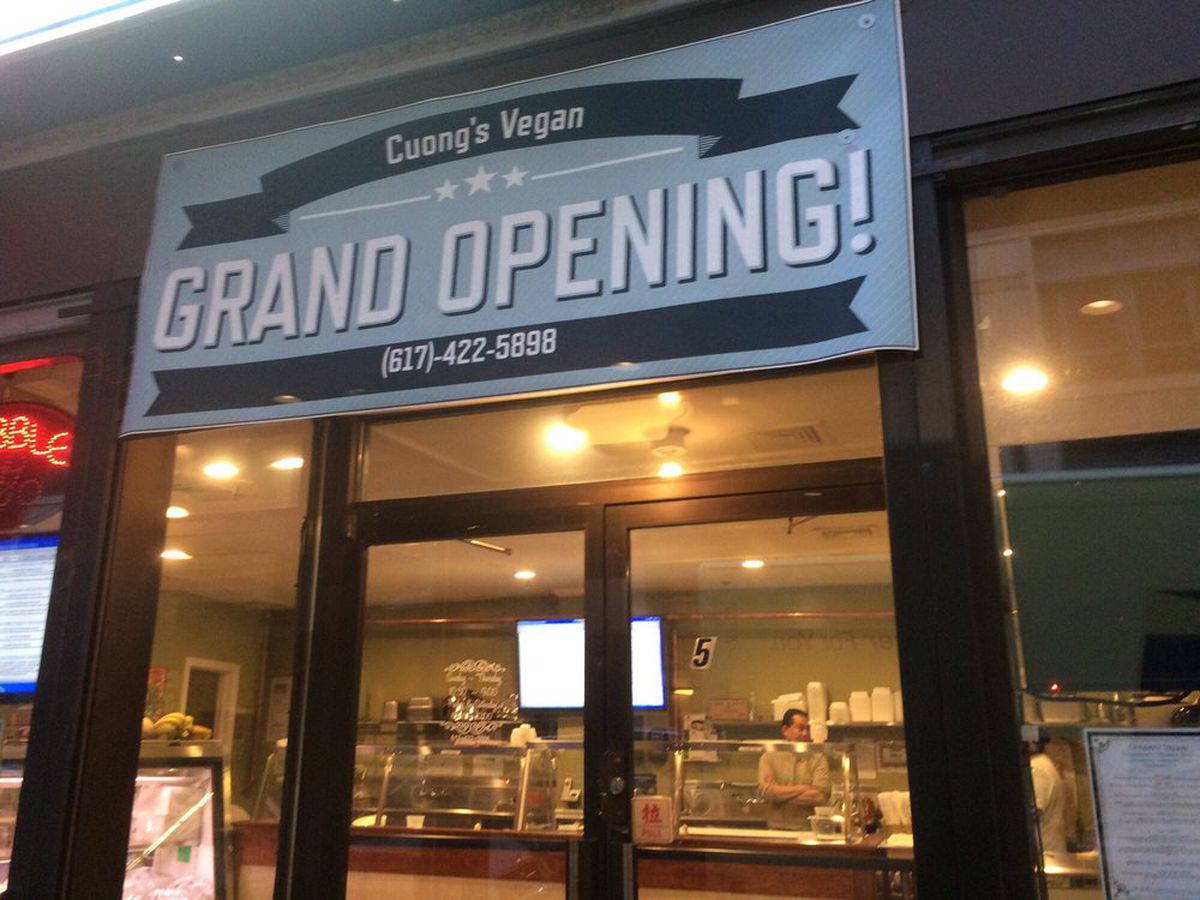 (NOW OPEN.) From the My Thai Vegan Cafe team comes another vegan venture, this one specializing in sandwiches, bubble tea, salads, and desserts. 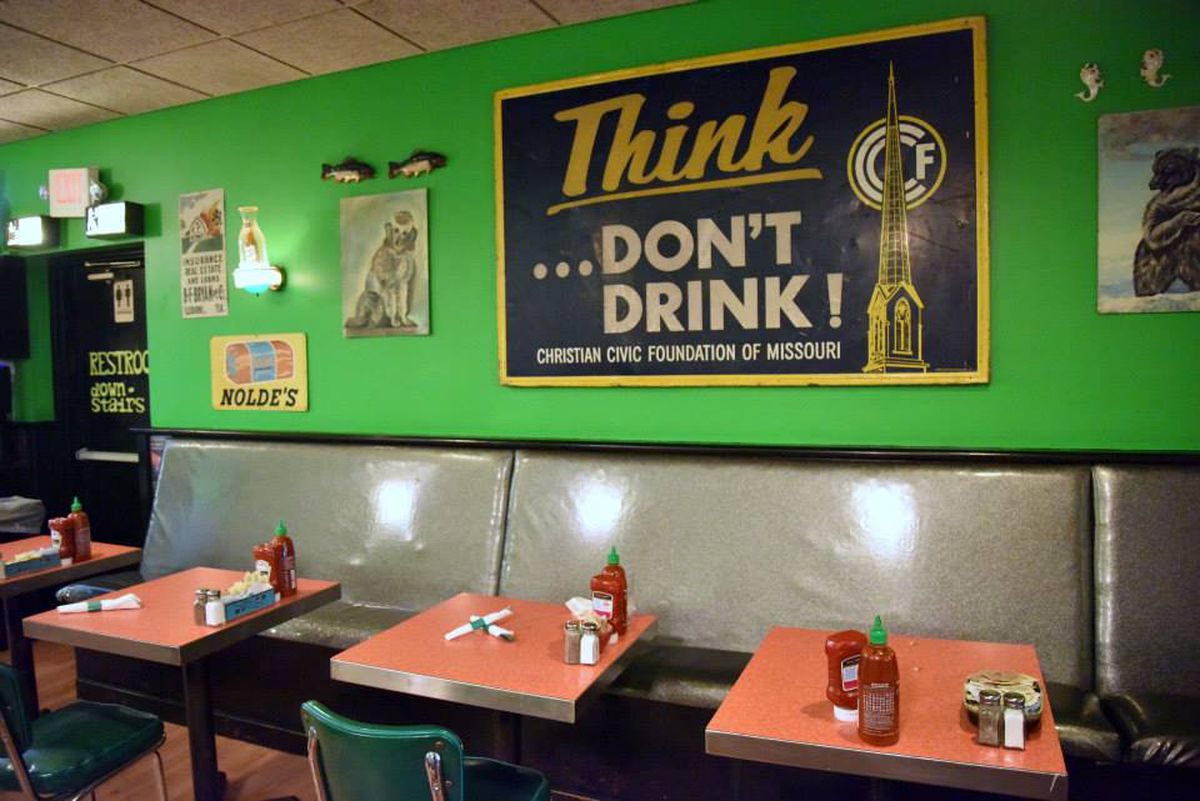 (NOW OPEN.) With longtime locations in Cambridge's Kendall Square and Portsmouth, NH., The Friendly Toast has added a Boston proper outpost to the mix, taking over the Zocalo space by Back Bay station. The growing restaurant group features all-day breakfast options and eclectic decor, and the new location includes a downstairs "Boom Boom Room" and late-night hours. 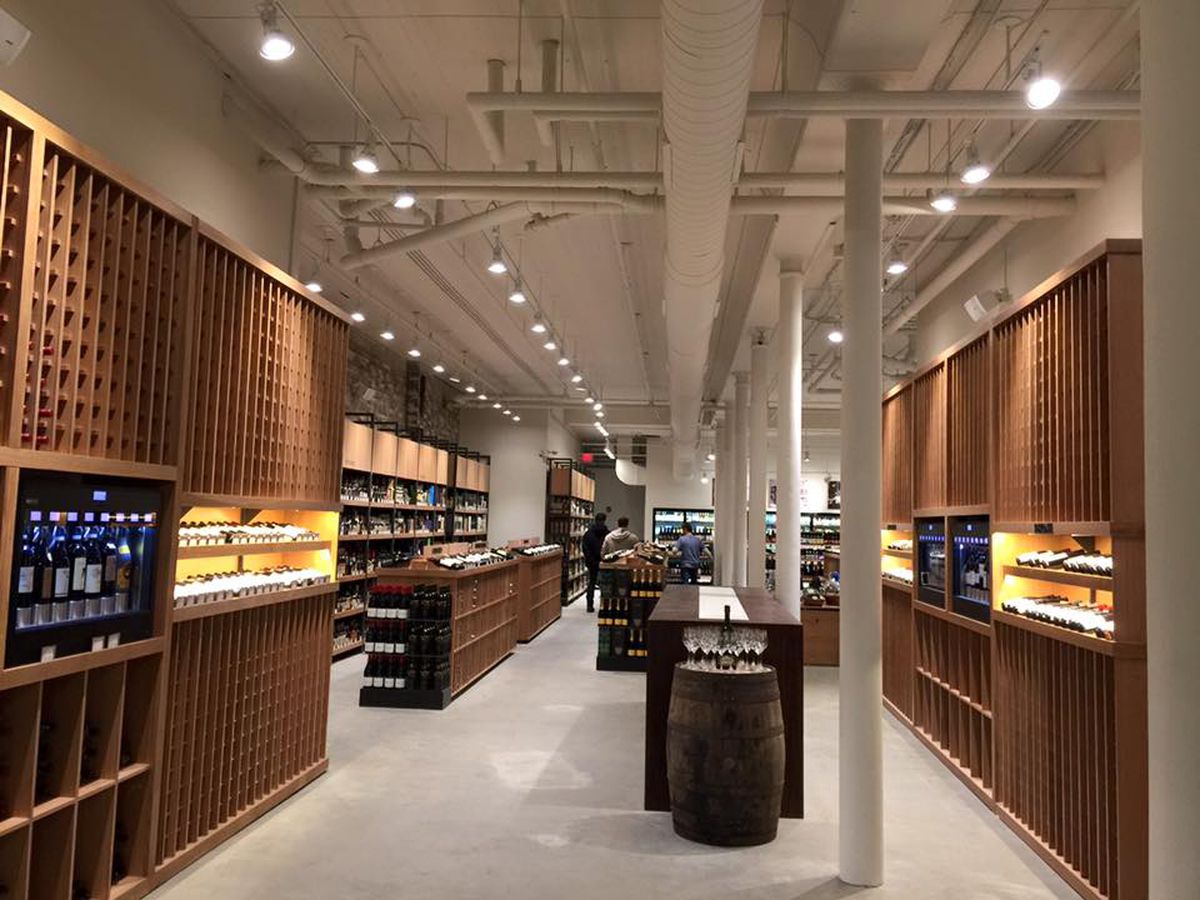 (NOW OPEN.) Waltham-based Gordon's Fine Wines & Liquors has expanded to Downtown Crossing with a ritzy new location that features more than 600 wines and 200 scotches, as well as a deli counter featuring Moody's Delicatessen products. Enomatic wine machines allow for tasting while you shop. 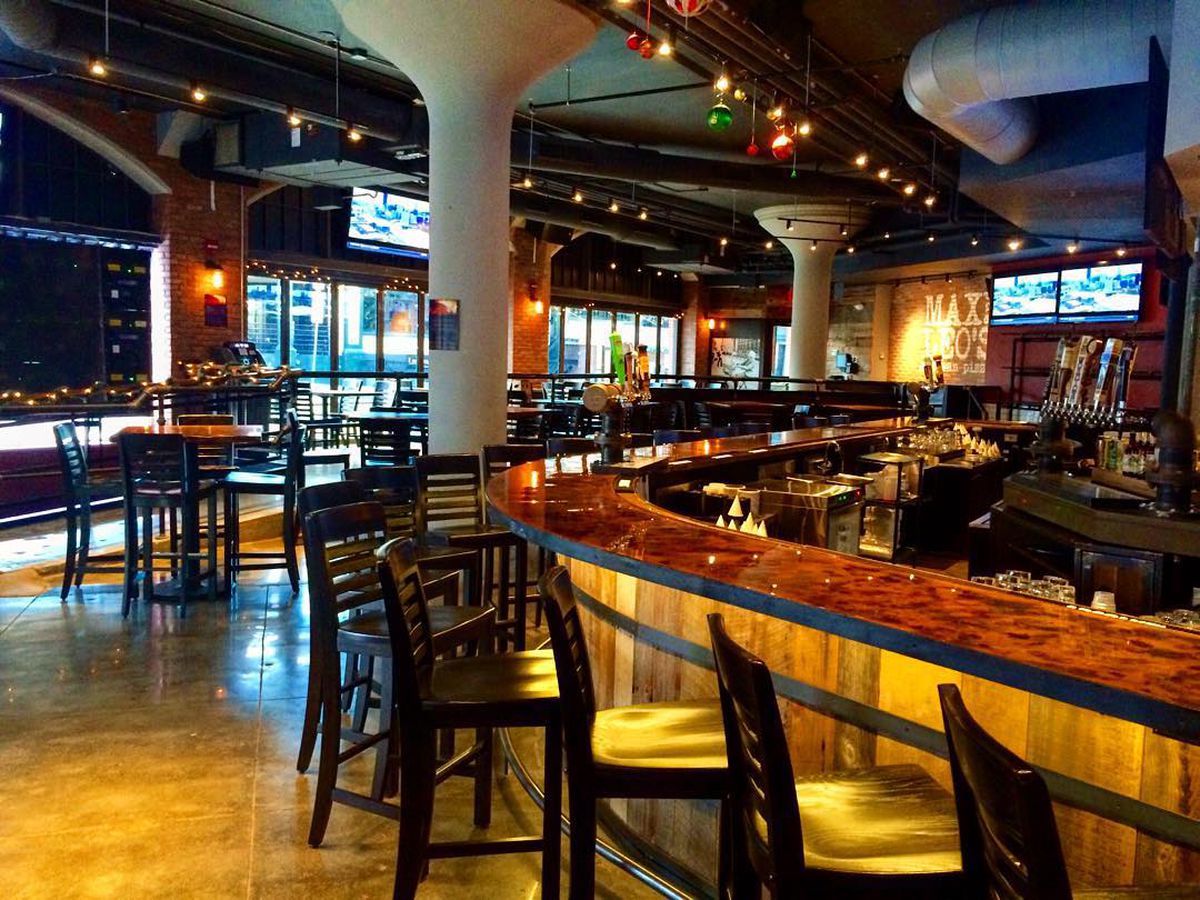 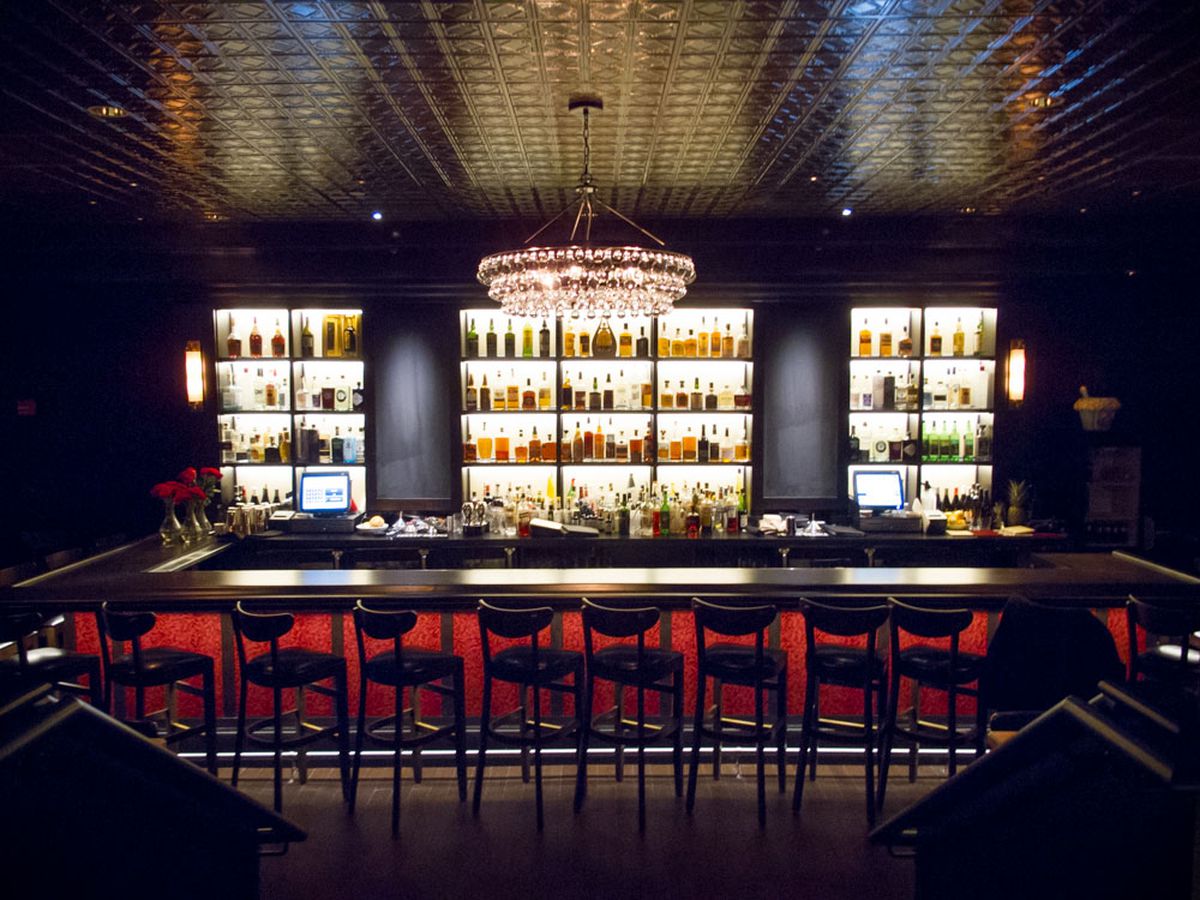 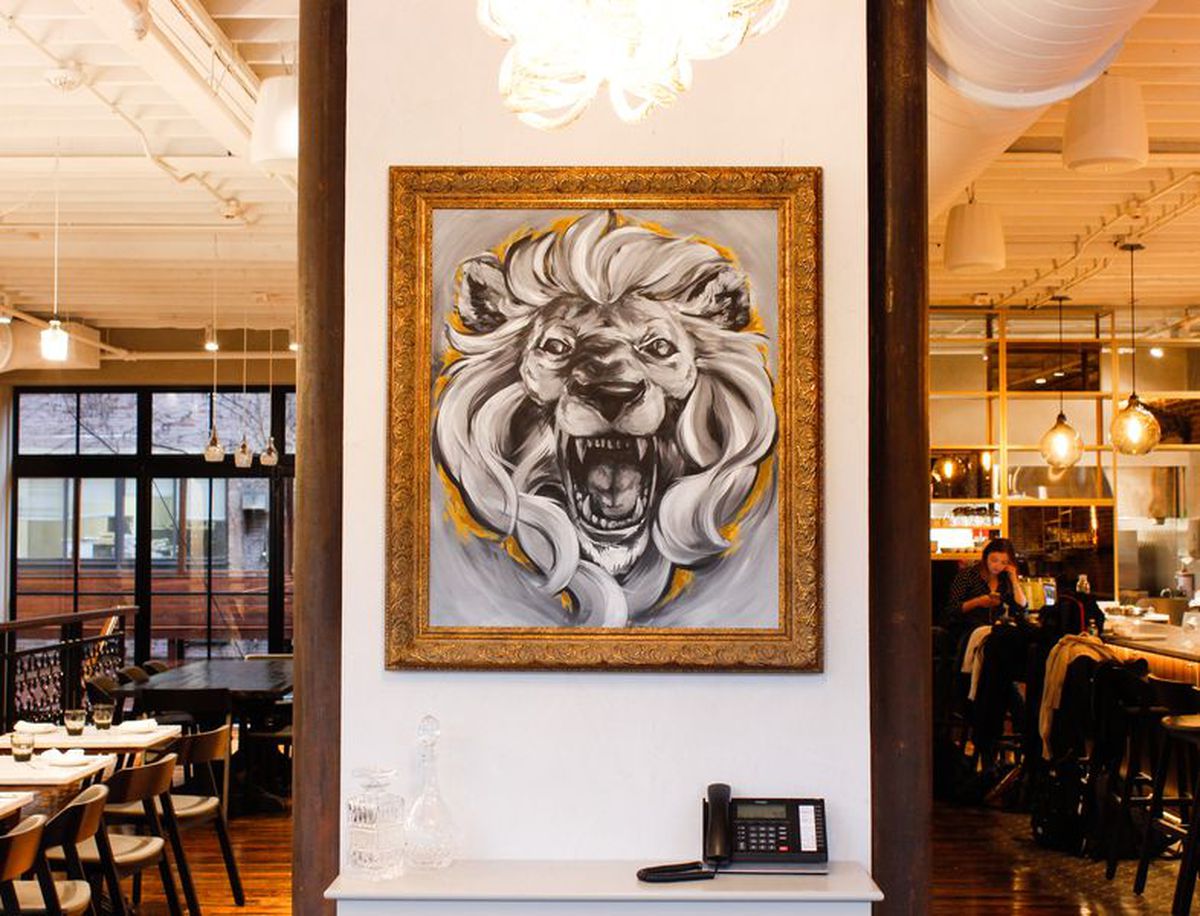 (NOW OPEN.) This new Coda Group project is inspired by a Venetian bacaro, a type of casual bar, and the name pays homage to the "serene republic of Venice," or Serenissima Repubblica di Venezia. Kevin O'Donnell and Michael Lombardi, the executive chef and chef de cuisine of an existing Coda Group restaurant, The Salty Pig, moved over to SRV where they are co-owners and co-executive chefs. (The ownership team also includes the Coda Group's James Cochener and Michael Moxley.) The focus is on cicchetti — small plates typically served at a bacaro — as well as house-made pastas, risotto, polenta, and more. 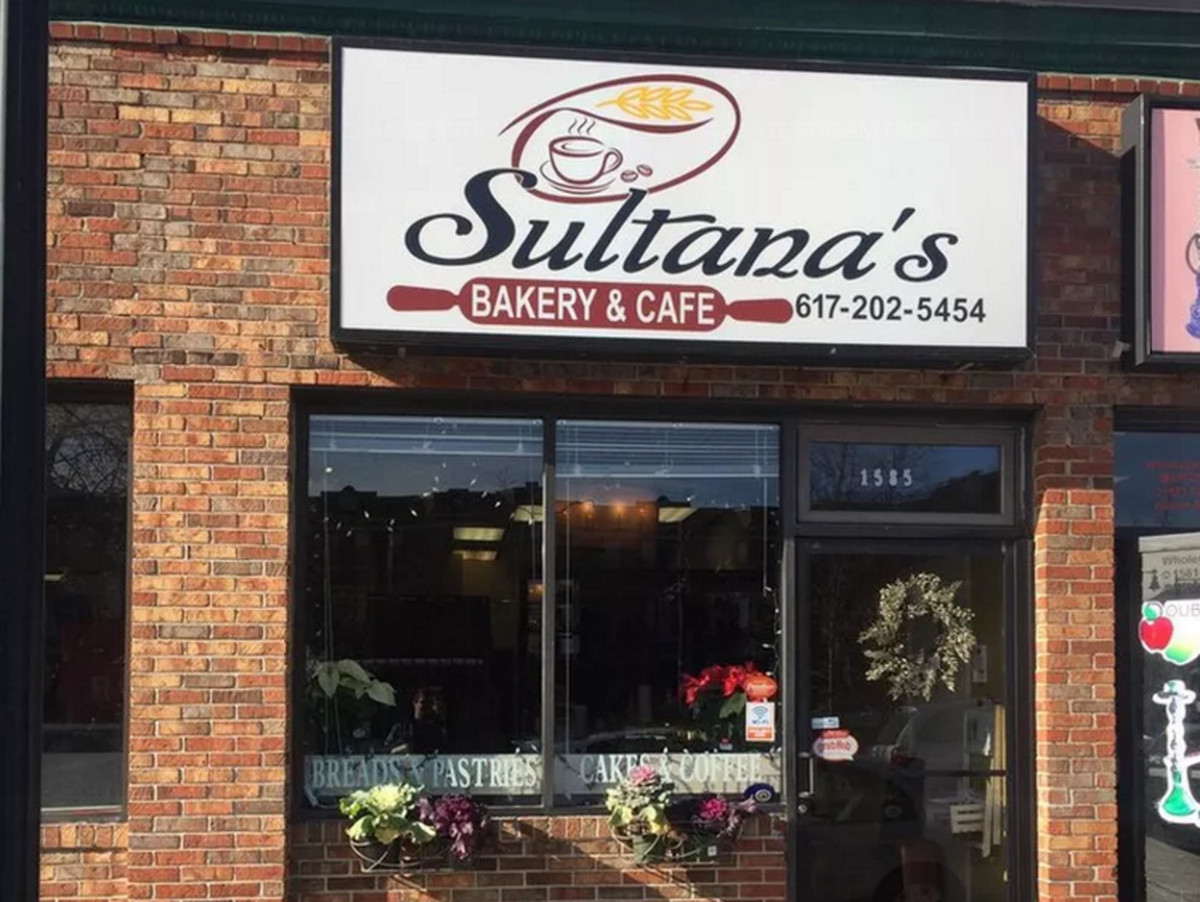 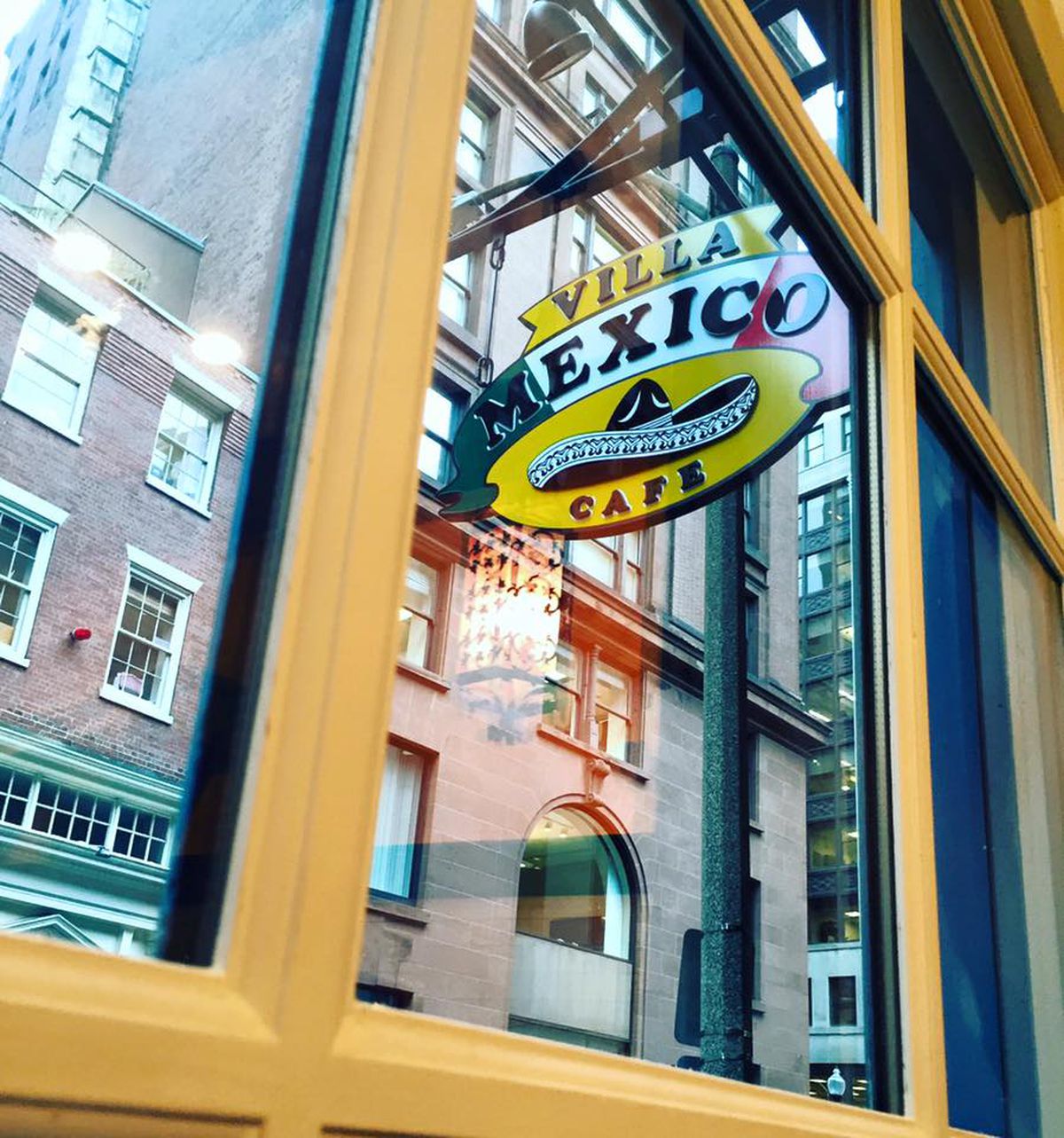 (NOW OPEN.) The reincarnation of the beloved gas station burrito shop, formerly located on the edge of Beacon Hill. (The new space is not part of a gas station.) Villa Mexico's previous location shut down more than a year ago, although the team has been busy selling salsa and offering catering since then.

Something missing? Let us know!
Page 2 of 19