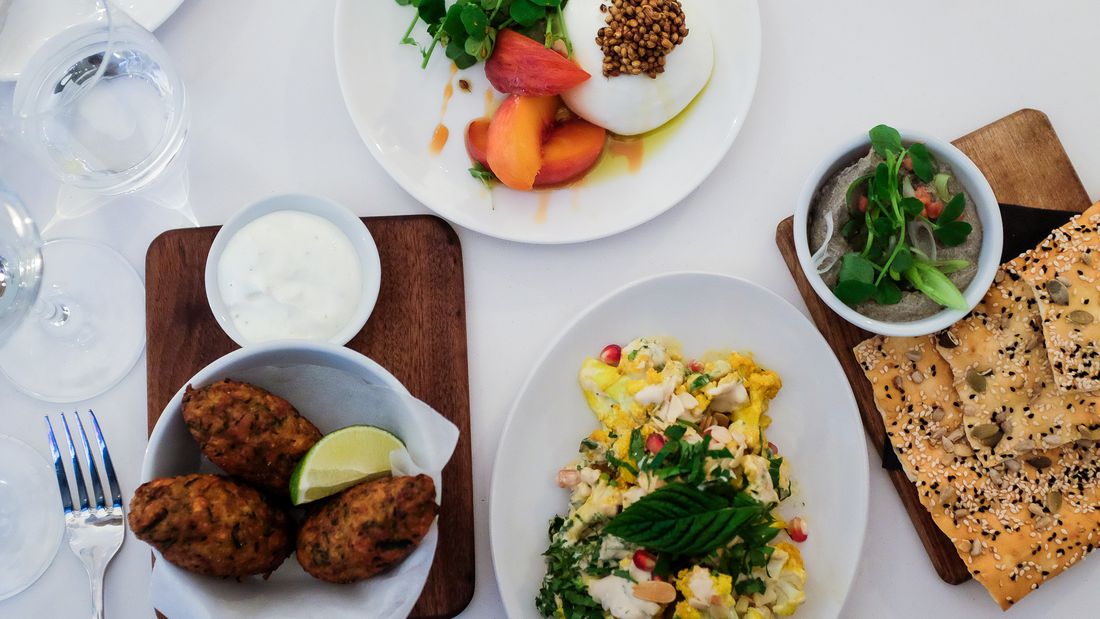 Chefs like Philadelphia’s Michael Solomonov and New Orleans’s Alon Shaya are shining ever-brighter spotlights on the foods of Israel and the Middle East, giving the region’s sun-drenched recipes the visibility they’ve long deserved. I’d argue, though, that America’s recent interest in Middle Eastern flavors has largely been kindled by the cookbooks of London chef Yotam Ottolenghi. His popular, beautifully photographed titles like Plenty, Plenty More, Ottolenghi, and especially the runaway hit Jerusalem have helped familiarize tahini, pomegranates, sumac, lavash, and yogurt flavored in endless ways to the Western palate.

In London Ottolenghi has four self-named delis (run with his business partner and co-author Sami Tamimi; both grew up in Jerusalem) as well as the upscale-ish restaurant Nopi (an acronym for "North of Piccadilly"). He’s filmed television shows and writes regularly for The Guardian. Being an admirer of Ottolenghi’s books but not having previously visited any of his restaurants, I’d come to think of his persona as a British equivalent to, say, Mario Batali’s in America. A ubiquitous presence, an interpreter who demystified an "exotic" cuisine, a generally loved part of the culinary landscape. 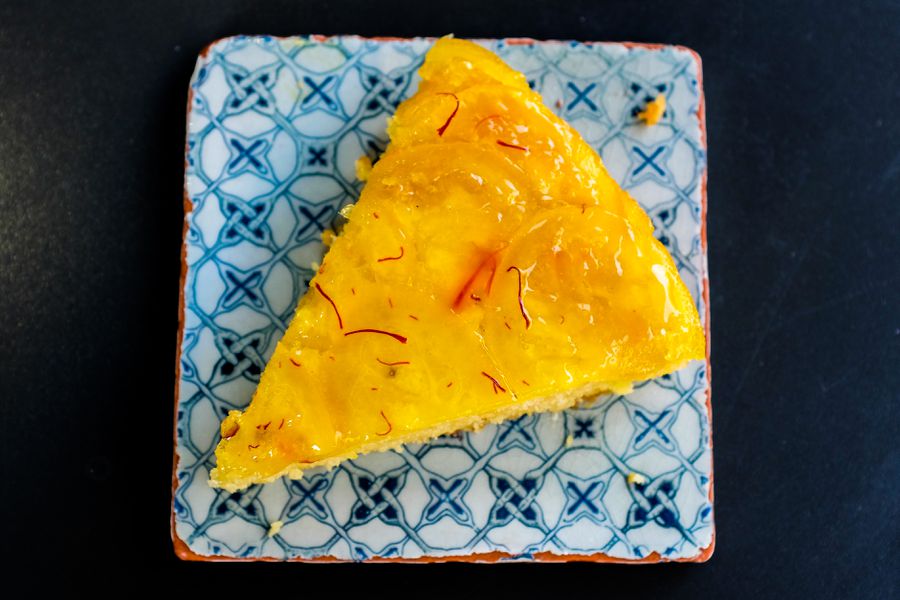 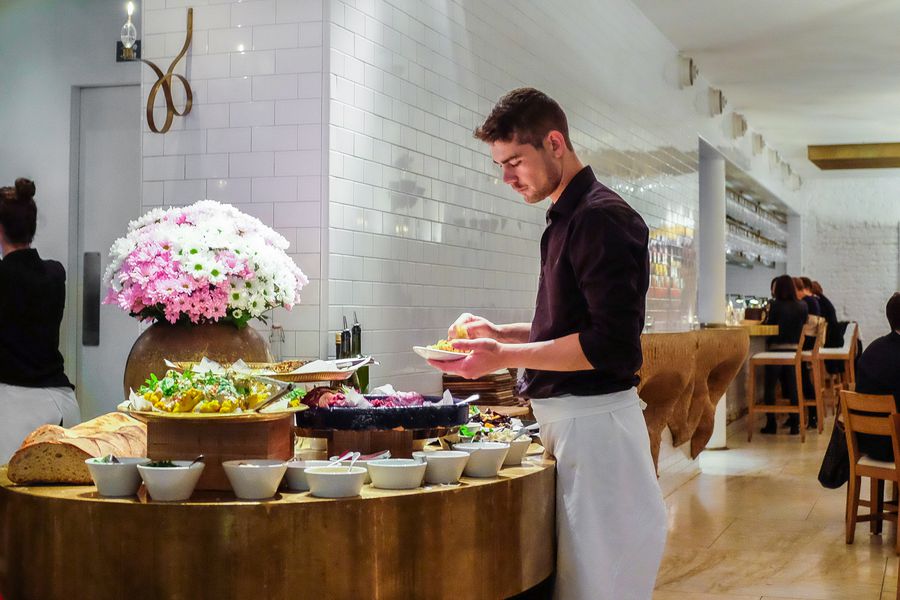 A spread of salads at Nopi and lemon saffron cake at Honey & Co.

I was almost shocked by how on-brand his food establishments are. If you’ve studied his cookbooks, you’ll instantly feel at home in his stores and restaurants. The Ottolenghi delis look like sets from a Nancy Meyers movie: white, sunlit rooms where Diane Keaton would be arranging heaping bowls of glossy salads. Four of them are scattered through London. Two serve full meals and two smaller outlets concentrate on takeout. I walked into the 10-seat location in the central Belgravia area, tempted by a counter full of desserts preening in the window. The savory spread on display inside was pure Ottolenghi: roasted eggplant with walnut tahini yogurt and pomegranate seeds; broccoli scattered with herbs and chiles; roasted butternut squash with radicchio, black sesame, and more amazing yogurt.

A similar pageant beckons diners into Nopi. Black garlic jolted the eggplant here; the pomegranate seeds lent crunch to cauliflower with turmeric and tahini. They arrived as first courses in a lovely dinner where the kitchen wielded Middle Eastern elements in the most restrained possible ways. Don’t come looking for the bold assertions of Solomonov’s Zahav in Philly. But do expect beautifully prepared, quintessentially Ottolenghi dishes: fritters of zucchini and manouri (a soft Greek cheese), lavash served with burnt spring onion dip, quail alongside a puddle of yogurt slowly caramelized to amplify every angle of its flavor.

I heard even more love from locals for a spinoff of sorts — a petite daytime-only restaurant in the central Fitzrovia neighborhood called Honey & Co. Husband-and-wife team Itamar Srulovich and Sarit Packer both worked for Ottolenghi before opening their own place three years ago. Aside from the familiar array of tempting sweets in the window, the aesthetic is humbler and the cooking more directly Middle Eastern. I stopped by for breakfast a few hours before my flight home.

The menu offered two variations on the popular Mediterranean baked egg dish shakshuka: the classic version with spiced tomato sauce and the riff I ordered, lush with herbs and spinach and goat’s milk yogurt. A savory pastry called lahma changes daily; that morning roasted peppers, feta, and muhammara (a walnut and pepper spread) filled the dough’s crackly folds. Packer dropped it off at my table. "That’s my husband’s favorite," she said. The combination of flavors conjured faraway lands, but I was grateful it was my final taste of London. Ottolenghi: multiple locations, ottolenghi.co.uk; Nopi: 21-22 Warwick Street, London W1B 5NE, 020-7494-9584, nopi-restaurant.com; Honey & Co: 25a Warren Street, London W1T 5LZ, 020-7388-6175, honeyandco.co.uk.