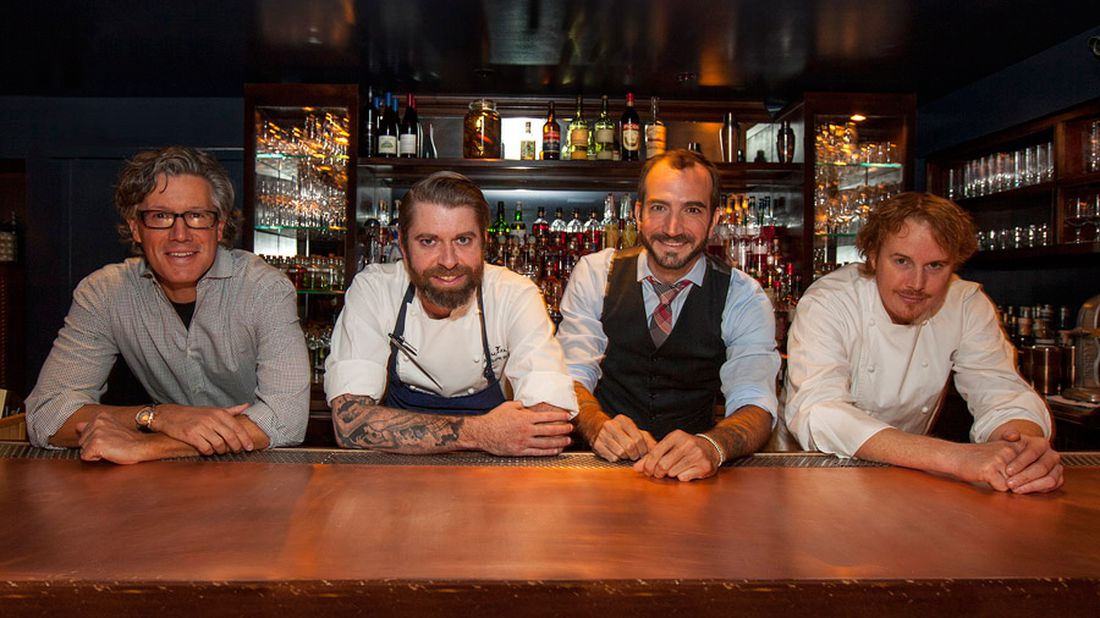 This is the long-awaited, long-delayed foray into casual dining from chef Grant Achatz and partner Nick Kokonas. Roister, so named for the French verb that means "to revel noisily" or "act boisterously," will be a totally different vibe from the duo's three-Michelin-starred, tasting menu-only Alinea or their quarterly concept-shifter Next — Kokonas has put a call out for music requests (it will be loud) and plans call for communal tables and open-hearth cooking overseen by Aviary executive chef Andrew Brochu.

The space has history, too, occupying the former home of the late Homaro Cantu's now-shuttered trailblazer iNG, and the crew has plans to divide the familiar dining room into "a sushi bar-type area, a la carte spaces, and tasting menu spaces with the kitchen right in the middle." Chicago is on the edge of its seats waiting to see how Achatz and Kokonas do casual. | All Roister Coverage [ECHI]