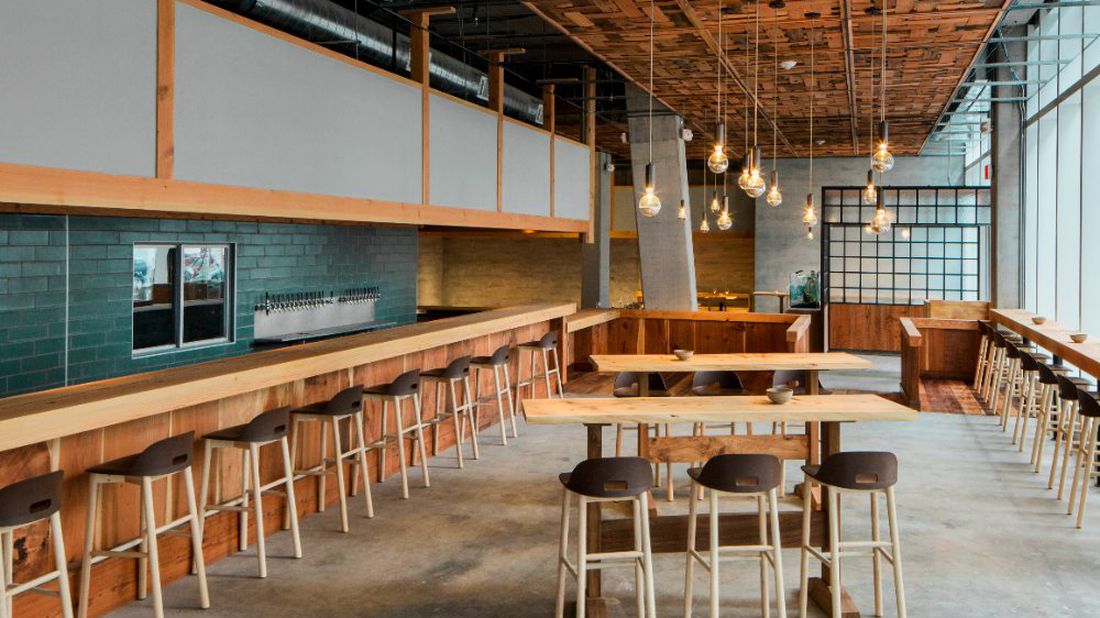 One of the most ambitious projects on this list is the Perennial, a sustainably minded restaurant from Anthony Myint and Karen Leibowitz (the restaurateurs behind San Francisco's Mission Chinese Food) and former MCF chef de cuisine Chris Kiyuna. The Perennial focuses on reducing food waste, and Leibowitz tells Eater the restaurant will be taking its kitchen scraps and feeding them to worms at its greenhouse. "Then the worms feed fish, and the fish fertilize water, which irrigates our raised beds and aquaponic plants," Leibowitz says of the process.

In other words, "food scraps become a nutritional source for more food instead of becoming a source of greenhouse gasses," a process the team is dubbing "table-to-farm." The large interior will have a minimalist bent, wood accents from fallen trees, and ceiling tiles made from "scraps of the building" created during the construction process. | All the Perennial Coverage [ESF]