The Height of Senegalese Hospitality Is Found at the Grill

In Dakar, dibi refers to a range of barbecuing methods from across West Africa, all tied together by teranga, the warm, smoky welcome you’ll receive at the door of a dibiterie

Share All sharing options for: The Height of Senegalese Hospitality Is Found at the Grill

There’s a tradition when you eat in Senegal: If someone sits down next to you, you invite them to come share. It’s good manners, a form of teranga, or “hospitality,” in the native tongue, Wolof. Even if the person declines — also customary — it’s still a good way to start a conversation at restaurants. Visiting Dakar, the capital city, you’ll experience this type of hospitality everywhere, but it reaches its height at a dibiterie. This egalitarian style of restaurant serves barbecue, or dibi, to shared tables of lofty government officials, construction workers, and everyone in between. 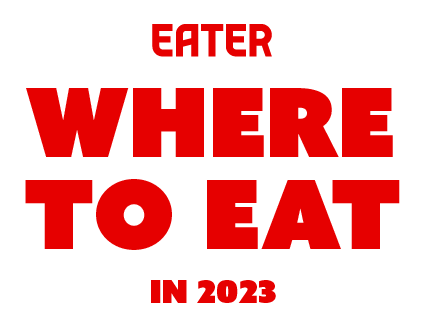 Dibi simply means “grilled meat” in Wolof, and it refers to a family of cooking methods from across West Africa. It includes a range of meats — including game like antelope and wild hogs in some parts of the country, and occasionally fish from Senegal’s long coastline — though in the majority-Muslim country the most common choice is lamb. Dibi also covers a variety of cooking methods, from brochettes (skewers) to ribs, depending on the animal; it includes dibi Hausa, a thinly sliced style better known outside of Senegal as suya, brought to the country by the Hausa people, the largest ethnic group in West and Central Africa and well-known herders who are experienced in meat dishes. Beyond the broad strokes, every dibiterie adds its own special touches, from marinades to sides.

Tying all these traditions together is teranga, the warm (often smoky) welcome you’ll receive at the door of a dibiterie. There’s no wrong time to show up, whether you prefer your meat for a midday lunch break or late at night after hitting the club. Just grab a spot on a communal bench, and watch the fire blazing in the oven. It won’t be long until someone invites you to eat.

What does a meal at a dibiterie look like?

At a traditional dibiterie, the meat is most often cooked in a clay oven with a metal grate set over a wood fire. The earthen stove has a way of conducting the heat almost like a pizza oven, and it’s up to the chef to arrange the logs to create distinct sections of heat — from hotter sections right over the flame to cooler spots that get indirect heat from the embers — and situate different cuts of meat accordingly.

Survey the options on the grill, and give your order, typically by the kilo (though some dibitieries are moving toward set meal sizes at specified prices). Senegalese like to cook everything well-done, for the most part; you can specify otherwise, though the chef may give you a look. Just be prepared to wait; it can take forever for dibi to arrive because cooks start it from scratch the moment you place your order.

Alongside your meat, you’ll get an array of condiments: confiture de piments (spicy chile jam cooked with onions, garlic, and spices), raw onions, and mustard. Sides range from fried plantains to french fries, but you’ll usually receive a crusty piece of baguette. It’s best to dig in with your hands (etiquette dictates that you use only your right hand for eating), though as dibi has become more popular among non-locals, places will usually provide a fork if you want.

To drink, there are local brands of beer like Gazelle or Flag, but also several kinds of local juices. One is made from raw grated ginger, a sweet yet sweat-inducing brew that’s much more potent than Caribbean ginger beer made from boiled ginger. The other common option is bissap, a sorrel infusion often found in Senegalese homes, which adds a sweet-tart layer to the meal.

What’s the move for first-timers?

In the coolest section — in the back of the oven by the buzzing embers and ash — you might find little balloons of delicious, tender meat. This is where cooks prepare meat en papillote: bone-in meat that’s chopped and marinated with oil, herbs (often thyme), black pepper, garlic, and mustard (which locals adapted from the French), then wrapped tightly in kraft paper with onions and a bit of water. As the meat slowly steams for hours, the packets almost begin to glow (from the oil staining the paper). The meat is usually served in its paper bundle, releasing an aromatic cloud as it’s unwrapped. It is the most tender meat you can imagine. (Even meat that’s grilled directly, instead of steamed, is sometimes served in kraft paper, since it’s become an iconic part of the dibiterie experience.)

Where to try it

If you’re lucky, you may be invited to a local’s home, where dibi functions much like American backyard barbecue. You’ll have plenty of opportunity on the holiday Tabaski, the local version of Eid al-Adha, when many Muslim households fire up their grills. Otherwise, you’ll find a range of dibiteries around Dakar, each offering its own take.

Located in Medina, one of Dakar’s most popular neighborhoods, Le Mbote (which means “lamb” in Wolof) feels almost like a pub and often offers live music performances. But the highlight is always the food, a mix of classic dibi dishes, all cooked on an open fire fueled with trunk-sized logs. Try the half lamb’s head.
Rue 11, Dakar, Senegal

Bante-Yii, which means “wood” in Wolof, looks like a scene out of a movie. The dark, run-down space is home to a food hall of sorts, with a series of vendors who hail from all over West Africa doing their own styles of barbecue. Choose the grill that looks best, park yourself on one of the low, wooden benches nearby, and watch the action as you await your meal.
7 Av. Jean Jaures, Dakar, Senegal

This dibiterie sports a really cool vibe: dim neon lights, ochre-colored walls, low tin ceilings. Behind a waist-high brick wall is an open kitchen with a wooden table, where a cook wraps food orders in kraft paper before serving them, as an open wood-fired grill sends out delicious wafts of grilled meat. The menu offers various cuts, including offal such as liver or tripe, which are popularly called lakhass (“knots” in Wolof) for the way they are tied in long braids for cooking. All the meat is served by the kilogram and directly on kraft paper. Eating with your (right) hand is encouraged.
Rue NG 179, Dakar, Senegal

Because Le Xalam is located in the fishermen village of Ngor, on the western tip of Dakar, it serves grilled fish in addition to classic cuts of lamb and chicken. It is adjacent to a nightclub, and the decor looks quite fancy for a dibiterie, but all the food is still prepared from an open-fire grill. Favorites include the lamb and the ginger juice, which you can dilute with water to reduce the sweetness and the kick of the ginger.
Rue YF 39, Dakar, Senegal

Next Up In Eater Travel