We’re All Learning to Love Jellyfish Now, Thanks to Climate Change

It’s hard to predict climate’s effects on ocean species, but one thing’s for sure: Change is coming to what you eat

Share All sharing options for: We’re All Learning to Love Jellyfish Now, Thanks to Climate Change

Monterey, California, may be the “calamari capital of the world” — its waters serve as the spawning grounds for the lucrative California market squid, an iridescent mollusk that’s often steamed, boiled, and fried as calamari — but it’s not clear if the region will hold onto that title for much longer. 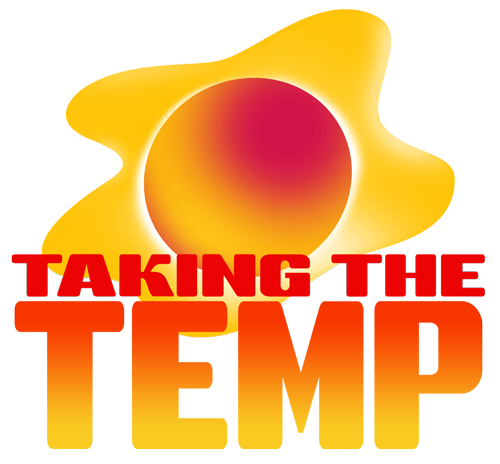 The region’s 2019 and 2020 market squid catches were lackluster. The squids are, like many marine species, sensitive to water temperature, and market squid have been inching up the West Coast — even showing up in Alaska — to waters once thought too cold for them to thrive in. “Species in the ocean are on the move to a surprisingly large extent — much faster than we are seeing on land,” says Malin Pinsky, an ecologist who studies climate change and fisheries at Rutgers University in New Brunswick, New Jersey.

But while their locations may be changing, squid populations, along with jellyfish, are exploding around the world. Rapidly changing ocean conditions promise to favor the most adaptable species, and cephalopods’ fast maturation and short life spans places them in that category. William Cheung, a fisheries biologist at the University of British Columbia in Vancouver, Canada, studies future abundances of seafood species and predicts squid and jellyfish will be among the most plentiful in the Pacific. “Both species like warmer waters,” he says.

Increasing ocean temperatures are reshaping the seafood-scape in other ways, too. As other popular catches like salmon, cod, and shellfish are adversely affected by climate change, local catches will shift: In Cape Cod, for example, dogfish and skate have replaced Atlantic cod in recent years. And jellyfish and squid will likely become more abundant options, placing them, for many, at the top of climate change menus.

The biggest shocks to the seafood system will almost certainly come in the form of acute events that, when combined, have potentially long-lasting impacts on seafood availability. Higher temperatures are just one of many increasing stressors. With warmer waters comes ripples of acidification, waves of depleted oxygen, and, in shellfish, a greater risk of biotoxins. The compound impacts of acute events where all of these come together — such as with the blob, a persistent “heat wave” of ocean water that can decimate marine food webs — reveal long-term effects: Cheung’s research has shown that future blobs will hit salmon, as well as bottom dwellers such as Pacific cod and sablefish, hardest.

The cumulative impacts of rising temperatures, acidifying waters, and depleted oxygen levels spell trouble for many iconic seafood species. Dungeness crabs are not only struggling to form shells as ocean waters become more acidic; their harvest season has also been cut short several times in recent years due to high levels of domoic acid from harmful algal blooms. In Maine, lobster is currently thriving in a sweet spot of warmer temperatures that helped boost a $485 million harvest in 2019. But lobster, too, could become a climate refugee if that sweet spot continues heading north. Just look to the south: Lobster catches have all but collapsed in Connecticut, New York, and Rhode Island, says Pinsky. Collapses can happen quickly — within a decade, for example — and redefine what “local seafood” means. The lobster fishery in Long Island Sound experienced a couple of hot summers, as well as low oxygen, and the population crashed. “It never really recovered,” says Pinsky. And if lobster flees to Canada, it could become more expensive as an import to the U.S.

“We are destabilizing ocean conditions. What that means to the seafood we extract or grow in the ocean is clear: There will be surprises.”

Some species, such as wild-caught tuna, will become more difficult to manage and monitor: Tuna will likely adapt to stay in optimal waters “but perhaps shift beyond their original distribution,” says Lorenzo Ciannelli, a fisheries oceanographer at Oregon State University. “And that has implications for coastal communities, especially the small fishermen that typically fish within 60 miles offshore,” who might not be able to afford to travel further to catch tuna.

But other species have limited ability to move. Pacific Northwest groundfish, perhaps the biggest success in terms of recovering once-depleted fish populations, are more anchored to habitat, and therefore less able to follow preferred temperatures like tuna, says Ciannelli. Cheung’s research suggests that West Coast sole and yellowtail flounder are among the flatfish that will face the greatest climate risk in the future.

“We are destabilizing ocean conditions,” says George Waldbusser, who studies shellfish and ocean acidification at Oregon State. Without addressing carbon emissions, he adds, we are essentially creating more risks to our food production systems. “What that means to the seafood we extract or grow in the ocean is clear: There will be surprises,” he says. And the surprises could come in all manner of forms. Wild-caught salmon, for example, are not only getting smaller, they are more prone to predators, parasites, and disease.

As climate change reshuffles marine systems, seafood offerings will certainly shift. “These are strange times, but, in many cases, it means change, not only loss,” says Pinsky. On the East Coast, climate change is expanding the range and increasing the productivity of black sea bass, a sushi staple, and Atlantic cod is booming in the sea off northern Norway, he says. For now, those are considered positive results of changes in the system; of course, in the future, that too could change.

A seafood counter plentiful in jellyfish and squid is already a reality in many places. Considered a delicacy in China, either fried or as a soy-marinated salad, the Asian demand for jellyfish has fueled the growth of what has become one of the biggest fisheries in the southern state of Georgia. California’s squid fishing industry is one of the largest fisheries in the U.S., with the bulk of catch exported to China, and experts anticipate the need for squid imports to Asia will only grow in the coming years.

But beyond the impacts to wild-caught seafood, the other consequential change at the seafood counter will be more farm-raised fish. Aquaculture — including farm-raised seaweed, salmon, and shrimp — is the fastest-growing food production sector in the world, says Halley Froehlich, who studies how to make aquaculture sustainable at the University of California at Santa Barbara.

“Aquaculture is already producing as much seafood as captured fisheries are, and its importance is only going to increase,” says Christopher Free, a fisheries researcher with the Nature Conservancy and UC Santa Barbara. If anything, adds Waldbusser, the U.S. has a lot of room to catch up to the rest of the world’s aquaculture investment. Species that grow quickly, and require fewer inputs, are the biggest targets for aquaculture. Bivalves like mussels and clams, already 89 percent farmed, are the stars of aquaculture — precisely because they don’t require fish feed, and the filter feeders help clean the water.

Unfortunately, farmed bivalves will also struggle with ocean acidity. Around 2007, oyster hatcheries experienced mass die-offs from low-pH seawater being pumped into their facilities. Hatcheries can now monitor and adjust water chemistry to optimal levels. But seawater continues to acidify as the ocean absorbs more carbon dioxide. Cheung likens the potential for the oceans to continue changing to slowing a big truck at full speed. “It will take a while for it to stop. Oceans will continue to change for decades,” he says. That makes it difficult to guess, long-term, both the best (most sustainable) and most realistic (most available) choices for your local restaurant’s seafood tower.

“The future of fisheries depends on our ability to adapt,” says Pinsky. We won’t be able to insist on sticking with the fisheries from a half century ago, he says.

As the species that come off the local dock shift, Pinsky offers a piece of advice: “Be open to trying new things.” Helping keep fishing communities in business will mean new species in many cases, he adds. “See what’s showing up and try some of the underutilized species,” he says, instead of going back to salmon, whitefish, and shrimp.

It’s the species that can’t move away from declining conditions and can’t be farmed that are going to be most at risk. Still, seafood is often called the most highly traded food commodity in the world, says Free. And even if we develop new patterns of local winners and losers, there will still be a lot of familiar faces at seafood markets.

That said, Free isn’t placing any bets on the future culinary fortune of one troublesome West Coast winner. “Just because we have a lot of jellyfish doesn’t mean people will eat them,” he says.

Virginia Gewin is a science journalist based in Portland, Oregon. Yadi Liu is an award-winning visual artist who is passionate about finding the optimum balance between illustration and modern art.
Fact checked by Rowan Walrath
Copy edited by Rachel P. Kreiter