The Future of Restaurants Depends on Universal Healthcare

Restaurants cannot continue if the workers who run them are left the most vulnerable, “The Ethnic Restaurateur” author Krishnendu Ray argues

Share All sharing options for: The Future of Restaurants Depends on Universal Healthcare

When it comes to the intersection of food, dining, and society, there are few better scholars than Krishnendu Ray, an associate professor and chair of the department of food studies at New York University. Ray’s seminal book The Ethnic Restaurateur, published in 2016, reveals the changing tastes of the American diner, as seen through the cuisines they eat and the livelihoods of the immigrant restaurateurs that make those dishes. Particularly illuminating is his articulation of the “global hierarchy of taste,” explaining why some cuisines — for example, French — are considered esteemed and command higher prices, while others — say, Chinese — still bear the label of “ethnic” and are often constrained by expectations of cheapness. (It has to do with nations’ capital and military power.) 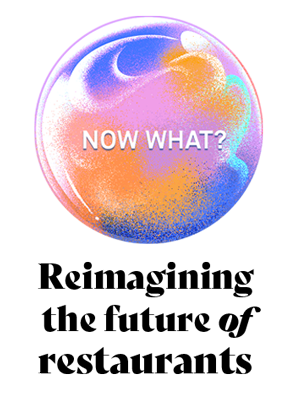 “I’m optimistic about certain things, about our ability to change. But I’m pessimistic about others,” Ray said in a 2016 interview with the Washington Post. Four years later, amid the greatest upheaval the restaurant industry has seen in modern history, not to mention the worst economic disruption since the Great Depression, does his view of the future remain optimistic? Eater asked Ray to share what changes could — or should — take place in an idealized vision of what comes next for the restaurant industry. In the following interview, Ray discusses socialized health care, the resiliency of immigrant-owned mom-and-pop restaurants, and the opportunity within the crisis:

Eater: What worries you most about what the restaurant industry is facing right now?

Krishnendu Ray: The crisis is twofold: It’s a public health crisis and an economic crisis. In some ways, the economic crisis is expressing itself primarily through rent and lease questions. That was always a problem before COVID-19, and that’s what was driving small businesses out of business. American states and cities don’t generally have a useful point of view on how to protect small businesses from excessive rent increases, because in most cities, there is no control over commercial rent.

In the medium and long run, we will have to have some initiatives in terms of rent control or rent management, and health care coverage. In the long-term future, we have to think about socializing the cost of health care. That is, we cannot run [the restaurant industry] on the backs of people who are most vulnerable politically, vulnerable socially, and vulnerable as people to health care risks, including COVID-19.

Why is it that the industry as a whole has lagged behind in pushing for these policy changes that could only benefit the workers and the public at large? Is the industry ready and prepared to make that push forward?

I don’t think it’s ready, but my argument is it has to be ready. This is a crisis that is also an opportunity.

This is a business of thin, narrow margins, and an undercapitalized business. Almost any other added burden is very difficult to bear. Some studies are showing that if you internalize all of the costs of a $2 burger, you end up with almost a $200 burger in terms of risk of health care and other hidden costs. We know, for instance, that many of the people who work in the food industry also have to depend on things like food stamps, on subsidies that are, in fact, not internalized in the cost. That has been the way of doing business.

So, it is basically an economic problem and a political problem that has to rethink how to do business in terms of socializing and internalizing the cost: What is the right price for a burger? If you are paying $15 to $21, that looks like the range of a livable wage. We have to rethink that side of it. On the other side of it, some of these costs cannot be absorbed into the burger to make it reasonable for most people. That is the part that needs to be socialized: health care.

Do you have any thoughts about the potential future of these independent, mom-and-pop, immigrant-run restaurants, many of which have closed? Is there any potentially optimistic future for these restaurants that have been in such danger and continue to be in such danger in the medium- and long-term?

It’s a big challenge, but I think what is also clear is this is also a resilient domain of the restaurant industry. A lot of these restaurants are going to come back, but most will probably be under new ownership because people will go under and people will file for bankruptcy.

These are resilient businesses. They work in a domain in which they will put in a lot of family labor to come back into play, which is why they survive in a highly competitive field. Some of them will do well, most of them will survive, and some of them will do modestly as they have always done.

So, I see them coming back, but [only] with a good, streamlined process for filing for bankruptcy and then coming back into the business. But for that to happen, we really have to show them a pathway. We cannot force them to close again or to restrict massively. There’s no way, in the long run, to make this business run if you have to close every three months, six months, or nine months.

I think the public health question is totally entangled with the economic question, which is totally entangled with the small immigrant-entrepreneur enterprise question. It’s not a conflict between the two, as some people are making it out to be. Solving the public health problem can level the playing field for the small entrepreneurs to come back into business. That is the only way we can help, other than the short-term help: business aid in terms of rent and leases, and in terms of the flexibility of a paycheck protection plan to pay toward your longer fixed costs like the lease, like the rent, like the waste disposal, like recycling, electricity costs, gas, etc.

These are resilient people. They work very hard, 12-hour days, and do family labor that is often unpaid, but they pool labor costs and they pool profits. They’ll be able to come back. They’ll be ready to go. But we have to promise them in the medium-term, at least, a public health solution so that they can stay in business.

Clay Williams is a Brooklyn-based photographer.