How bento boxes became a staple of Taiwan’s railways

Share All sharing options for: Even Train Rides Are a Chance to Eat Outrageously Well in Taipei

To get just about anywhere in Taiwan outside of Taipei, you’ll probably need to travel by train. Taiwan boasts a large and efficient rail network that’s accustomed to serving tourists and commuters alike, from those looking to get to beaches in the south or rice-field villages in the east to those who simply need to head into the city for work. Some destinations can take up to eight hours to reach, and few trains sport dining cars, so the meal of choice for many riders has become the train bento. 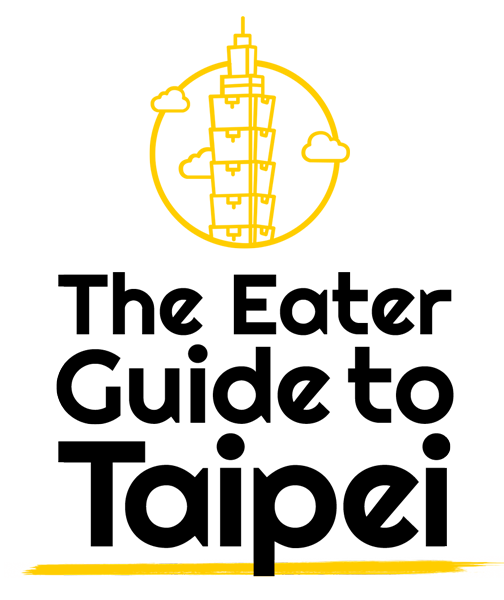 Bentos can be found everywhere in Taiwan, not just on trains. Called bian dang in Mandarin (a word meaning “convenient” that closely resembles the Japanese word bento), these boxed meals vary in makeup, but almost always include a combination of protein — a crispy fried chicken leg, a piece of grilled mackerel, a marinated pork chop — and an array of side dishes such as tofu, soy-marinated egg, and pickles, all served over a bed of steamed rice. Taiwanese bentos are typically sold warm in cardboard or light wooden cartons these days, but in the 1960s and ’70s, they were served in reusable metal tins that were returned to the seller.

Train bentos, most of which cost between $50 and $100 TWD ($2-3 USD), are particularly beloved. The Taiwan Railways Administration prepares official meals at TRA stations in Taipei, Taichung, Kaohsiung, Hualien City, and Qidu to be sold onboard and at station kiosks around Taiwan. The most popular TRA bento is the braised pork cutlet, based on a popular recipe from the 1960s. While all the stations offer the cutlet prepared in a similar manner, aficionados claim that each location has a slightly different taste, and it’s not uncommon for debates to flare up over which station’s cutlet is the best. In 2012, the TRA went so far as to organize a competition among its stations, with the cutlet at Qidu, about an hour outside of Taipei, earning top honors. Its secret? Qidu’s chefs added scallions to their soy sauce marinade, giving it a slightly more fragrant and complex flavor.

The TRA sells more than 10 million bento boxes every year, and that figure doesn’t even include all the variety of boxes sold at mom-and-pop vendors, small restaurants, and convenience stores that set up shop near station entrances to cater to travelers. Train bentos have become so beloved that in 2015, Taiwan began hosting an official annual celebration of the meal, the Formosa Rail Bento Festival, to showcase beautifully presented boxes from across the island.

Despite its popularity in modern Taiwanese cuisine, the train bento’s history dates back to the late 19th century. The first bentos, sold in Japan in 1885, were merely takeaway rice balls filled with pickled radish. By 1890, it had become common for bentos to be packaged in containers made of thin wood chips. Hawkers in those days would sell bentos on station platforms, approaching open car windows where customers held out coins in exchange for the boxes. Bentos also became popular with Japanese soldiers, who found themselves stationed at military outposts throughout Asia during Japan’s conflicts with Russia and China at the turn of the 20th century.

The meal made its way to Taiwan during Japan’s 50-year occupation of the island, beginning with the end of the First Sino-Japanese War in 1895. During the period of Japanese control, the colonial government oversaw the construction of an efficient, reliable train system, which remains the basis for Taiwan’s railways today. By 1940, Taiwan had laid tracks connecting the northern and southern parts of the island, as well as several branching routes that serviced small villages and private tracks to transport commodities like sugarcane, coal, lumber, and gold. (The logging line, now known as the Alishan Forest Railway, remains popular among tourists.) With the advent of train travel came the need for travel-friendly food, and Taiwanese merchants began popping up on train platforms and at nearby markets to sell Japanese-style bentos.

Over time, the boxes became ubiquitous, and they remained that way after Japanese colonial rule ended in 1945. As the popularity of train travel grew, so did the number of bento vendors and the variety of flavors and styles. In 1960, the 15-year-old TRA began its own catering services, and for the first time, bentos were made available on trains, sold in round, stainless steel tins.

If you visit Taiwan today, you can spot evidence of Japan’s enduring influence, and not just in the train system, which resembles Japan Railways in its architecture, procedures, signage, track layout, and more: Japanese loan words, such as bian dang, which is based on bento, and dong, a character that doesn’t exist in Mainland Chinese and comes from donburi, are in common usage in Taiwan; some Taiwanese signs use the Japanese character no to denote “of,” as opposed to the Chinese character de; Japanese architectural styles and aesthetics are prevalent in older houses and in the interior design of many eateries and cafes; and of course, there’s also the food that remains popular in Taiwan today, from ramen to sushi to the bento.

Taiwanese bentos do differ in some ways from the boxes you’d find in Japan. While the components of Japanese bentos tend to come in separate compartments, Taiwanese bentos are often mixed, with sections of vegetables and pickles tucked between the protein and rice. More importantly, the flavors are Taiwanese. The boiled egg is cooked in soy sauce and anise; the greens may showcase a local fern; meat may include a piece of fatty Taiwanese sausage.

For many Taiwanese people who grew up in the ’50s and ’60s, the fragrances and flavors specific to train bentos still evoke fond memories of childhood rides on the TRA. During the early, lean years after Japanese rule, train travel would have been a rare event for most children, something that happened only on special occasions. It’s easy to imagine how, over the years, the smells and tastes of train bentos became linked with treasured memories of traveling for holidays or family gatherings.

Bento nostalgia led to the TRA’s decision, in the early 2000s, to relaunch the circular, steel bento boxes, which had been discontinued in 1979. Now, the round bentos are sold every year in limited runs. In 2000, the TRA also brought back the marinated pork cutlet bento, which it had phased out in 1968, although it’s likely many local vendors continued to offer it. To make sure the modern cutlets recreated the taste many Taiwanese citizens remembered and loved, the TRA hired retired chefs who had prepared bentos in the ’60s to train the new generation of cooks.

The magic behind the pork cutlet is that it manages to remain juicy long after it’s cooked, with a moistness that perseveres even when eaten cold. The TRA chefs accomplish this by first tenderizing the cutlets, then marinating them in a mix of scallions, ginger, garlic, salt, sugar, sesame oil, rice wine, white pepper, and five-spice powder for at least two hours. Next, the cutlets are dredged in sweet potato starch and fried before finally being stewed for an additional 20 minutes.

Today, Taiwan’s train bentos have become more than just a quick meal — at some stations, the boxes have become the attraction. One such stop is Chishang, a village near the island’s eastern coast that is known for wide-open rice paddies that visitors can bike through. Chishang’s bentos showcase the region’s rice and are still sold in wooden boxes. The town is also home to the Wu Tao Chishang Lunch Box Cultural History Museum, which features exhibits on the region’s tradition of bentos and rice production.

Another popular bento destination is Fulong, a seaside cycling hub about an hour east of Taipei. As soon as you exit Fulong station, you’ll see bento purveyors lined up, including the beloved Xiang Ye, which is known for stuffing their boxes with delicacies like fatty three-layer pork and garlicky Taiwanese sausage.

At Fenchihu, one of the central stops along the Alishan Forest Railway, the Fenchihu Hotel runs a large restaurant serving traditional chicken leg and pork bento in a metal tin that has to be returned after the meal. Souvenir tins are, of course, available for purchase. The train stop also boasts a small outdoor market where visitors were once able to buy fresh wasabi in abundance (wasabi production has decreased following concerns over soil and water conservation), but bags of outstanding wasabi salt are still available.

Even if you don’t find time to travel outside of the capital, you can still pick up a bento at Taipei Main Station. There, the basement kiosk sells a pork cutlet bento that will make a great lunch as you tour the rest of the city, hike Elephant Mountain, or even if you’re just getting over jet lag and need a fast and simple meal to take back to your hotel. As a last resort — even though the bento purists might object — the boxes sold at 7-Eleven are damn good, too. The cashiers will even heat them up for you.

Karissa Chen is editor-in-chief of Hyphen magazine and is working on a novel. She splits her time between New Jersey and Taipei.
Sean Marc Lee is a portraiture, lifestyle, editorial and street fashion photographer who splits his time between Taipei, Tokyo, and Los Angeles.