The State of Dining in Texas

Share All sharing options for: The State of Dining in Texas

Texas has 261,232 square miles to fathom — roughly the combined landmass of New England, New York, Pennsylvania, Ohio, and Virginia — including six major, fiercely distinctive cities. Where and how does one even begin appraising such a vast, prismatic dining landscape? 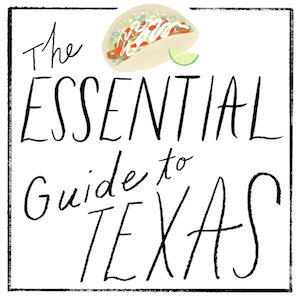 I asked myself this question continually in a recent month I spent rambling through the state to pinpoint its 38 essential restaurants. I’m certain that dining in Texas has never been more exhilarating — never more homegrown or multicultural, never richer in talent and ambition — than right at this moment. My best answer on where to deep-dive into the state’s culinary glory: Houston. Before a barbecue crawl, before savoring a homemade corn tortilla from a freshly made stack, start with a bowl full of fire engine-red crawfish. Yes, crawfish.

Crawfish & Noodles sits at the southwest corner of a massive strip mall complex along Bellaire Boulevard, the main thoroughfare that runs through Houston’s Asiatown. It’s the finest place I know to literally dig one’s hands into a defining culinary phenomenon of the city and state. Vietnamese-Cajun seafood boils began appearing on Houston restaurant tables in the early 2000s, the natural evolution of a regional feast among the large Vietnamese-American communities in Louisiana and East Texas that first began arriving in the 1970s and 1980s.

Now, many Asiatown places serve pounds of powerfully seasoned mudbugs — but Crawfish & Noodles chef and owner Trong Nguyen approaches the task with extra care: He tosses the crawfish in pure butter (many kitchens use margarine), flecks of garlic, and spices for heat. Only recently, after nearly a decade in business, did Nguyen start offering a second, head-clearing variation that includes lemongrass and ginger.

The meal is a ritual: Rip open the plastic bag in which the crawfish steamed and dump them into a steel bowl. Grip the head of a crawfish, tug it apart from the tail, suck out the head meat, and then split the tail with your thumbs and extract the tail meat. Repeat, until there’s nothing left but a pool of buttery-garlicky crawfish broth, which should be slurped straight from the bowl.

It leaves my fingers saturated and my mind and taste buds floating in the same Texas-specific ecstasy that I feel after demolishing a whopping beef rib with near-molten meat in Austin, or an unwieldy, blissfully greasy cheeseburger in Fort Worth, or a tray spread with overflowing tacos served just about anywhere within the state lines.

Truly, as evidenced by paragons like Crawfish & Noodles and myriad others, Houston alone easily rates as one of the top five food destinations in America. The city’s banquet of global flavors is unending — a reflection of its citizenry. A 2013 study by Rice University found Houston’s population to be the most racially diverse in America, and its dining scene, at least, embodies that human symphony. Sure, this is Texas, so of course there’s barbecue, steak, and Tex-Mex. But they coexist with Pakistani kebabs, Vietnamese pho laced with bone marrow, and brioche grilled cheese with oxtail marmalade and pickled collard stems. (The Texan love of beef transcends stereotype; it is lifeblood made flesh.) Everyone who cares about food should feast on Houston’s magnificent culinary sprawl.

H-Town was but one stop during my month-long tour. Steering my rental car, thinking about the mind-boggling scope of food I was eating, I realized more than ever that Texas’s uniqueness rises up from the paradoxes of the land. There’s the literal geological diversity: the jagged coastline along the Gulf of Mexico, the rolling forms of the central Hill Country, the plains whose low horizons make the Texas sky seem so impossibly vast. This is where the cotton-growing South meets the arid, untamable, adapt-or-die West. The cities and their knotty, multi-multi-lane highways that reach deep into the ever-extending suburbs can seem endless. Drive out, then, to West Texas. The cacti and the pyramid-shaped mountains rolling in and out of view are piercing reminders that we’re all just passing through.

Circle back down Interstate 10 to San Antonio to trace the beginnings of a cornerstone of Texas dining: Tex-Mex. Its origins stem from the late 1800s and the Tejano culture, shaped by indigenous peoples and Spanish colonization. By the mid-20th century, the icons of Tex-Mex had solidified like cooling processed cheese: cheese enchiladas with chili con carne, crisp-shelled tacos, queso dip, and nachos.

It is unfortunate that Americans once largely accepted Tex-Mex as representative of all Mexican fare, which obviously it isn’t. But Tex-Mex stands as a legitimate regional border cuisine that, in its most skillfully cooked iterations, deserves present-day respect. Visiting a restaurant like Garcia’s Mexican Food in San Antonio for its deluxe combination platter, with its nuanced chile gravy and its web of nippy, cheddar-like Longhorn colby, demonstrates its heritage and utter worth.

That said, there’s also an overdue ascension of regional Mexican cuisines and specialties percolating in Texas, fueled in part by new waves of immigrants and also the evolving and increasingly adventurous palates of the dining public. I’m thinking of three standout, top-of-mind examples: the Michoacán style posole in pork and chile broth, served as part of the tasting menu in the cloistered Purépecha Room of Revolver Taco Lounge in Dallas; the melty, crackly carnitas at the new Carnitas Lonja in San Antonio; and the wonderful Veracruz-style picadas, masa discs that are thicker than tortillas and thinner than sopes, served at the north Austin location of beloved breakfast taco staple Veracruz All Natural. The advent of truly regional Mexican flavors is a separate, though wholly welcome, event from Tex-Mex’s enduring in-state popularity, and the two can exist happily in tandem.

This surge in Mexican cooking throughout the Lone Star State mirrors a welcome national trend, but no Texas-born cuisine is quite as influential outside its borders right now than barbecue.

Central Texas-style barbecue, all blackened beef and peppery sausage and disdain for anything but the merest whisper of sauce, was already legend. In 2009, Aaron Franklin began serving barbecue out of a trailer not far from the University of Texas at Austin. His flawless brisket and the lines that ensued sparked an American barbecue renaissance — a local and national refocusing on locally raised meats, an embrace of experimentation, and the creation of an urban barbecue culture. (The sensation also encouraged Texas Monthly to create the position of barbecue editor for expert Daniel Vaughn, who brings his omnivorous expertise to the Texas 38.)

Austin, with its smoky marvels, may be the city humming with the most buzz, but Texas’s major metropolises are so distinct they could be categorized as their own city-states. Houston has its incredible diversity. El Paso exists in a confluence of West Texas, northeastern Mexico, and New Mexico; I became obsessed there with soothing machaca, soft-dried beef often paired with softly scrambled eggs and usually blanketed with queso. Restaurants serve it most at breakfast... though I ate it for lunch and dinner, too.

San Antonio is coming into its own as a unified hub of Mexican cuisine, one that honors the region’s Tex-Mex heritage while also reveling in both traditional and modern south-of-the-border influences. I’ve never more savored a crisscrossing of Texan smoked meats and Mexican flavors than at Esaul Ramos and Joe Melig’s 2M Smokehouse, where lush brisket can be ordered with sides of pickled nopales and serranos, stacks of flour tortillas, and macaroni and cheese topped with crumbled chicharrones.

I spent two years last decade as the dining critic for the Dallas Morning News. I’m a frequent champion of the city and feel a familial bond, affectionate and complex. That said, I also recently slipped into many of its upscale stalwarts and found them not at their peak in terms of kitchen execution. An exception is Dean Fearing’s 11-year-old jewel at the Ritz-Carlton, where the cuisine could be called “new Southwestern” for lack of a better term; Tei-An, Teiichi Sakurai’s shrine to soba, remains one of my favorite restaurants in the country. I had promising meals at newcomers like Mediterranean-themed Sachet and Bullion, an ultra-swank French bistro fantasy by Michelin-starred chef Bruno Davaillon. Hopefully these two will rattle the status quo.

But even listing my most noteworthy meals in Dallas — Japanese buckwheat noodles, Lebanese okra stew, fish quenelles in lobster sauce, tortilla soup — speaks to the unfolding in Texas and around the nation. Our chefs and restaurateurs have never looked both closer to home and more searchingly around the globe for inspiration. As a culinary frontier (and a place of very American tensions and divisions), Texas has the breadth to contain it all: a tangly past that informs its present and future; a varying terrain that feeds and challenges the imaginations of those who grow and prepare our foods; and thriving, continuously evolving immigrant populations who introduce, and influence with, their own cooking traditions.

Bill Addison is Eater's restaurant editor, roving the country uncovering America’s essential restaurants. Read all his columns in the archive. All photos by Bill Addison unless otherwise noted.

The 38 Essential Restaurants of Texas

The Myth of Authenticity Is Killing Tex-Mex

What to Do Between Meals in Texas