Share All sharing options for: The 12 Most Utterly Gorgeous Plates of Food Bill Addison Ate This Year

Yes, I'm that guy in the restaurant — the one who first trots out an actual camera to take pictures of his dinner, and then follows up with a few smart phone snaps for good measure. I am the vampire's inverse; I crave natural light. I'll plead for a table by a window. This is my job (the best one in the world).

As Eater's restaurant editor, I travel all year to chronicle America's mercurial, ever-unfolding dining culture. Since we're halfway through 2016, it seems an ideal time to break and report — visually — on a dozen memorable meals I've relished in the last six months but didn't mention in other stories. These twelve dishes (plus one unusually elegant cocktail) captured the entire essence of each meal. 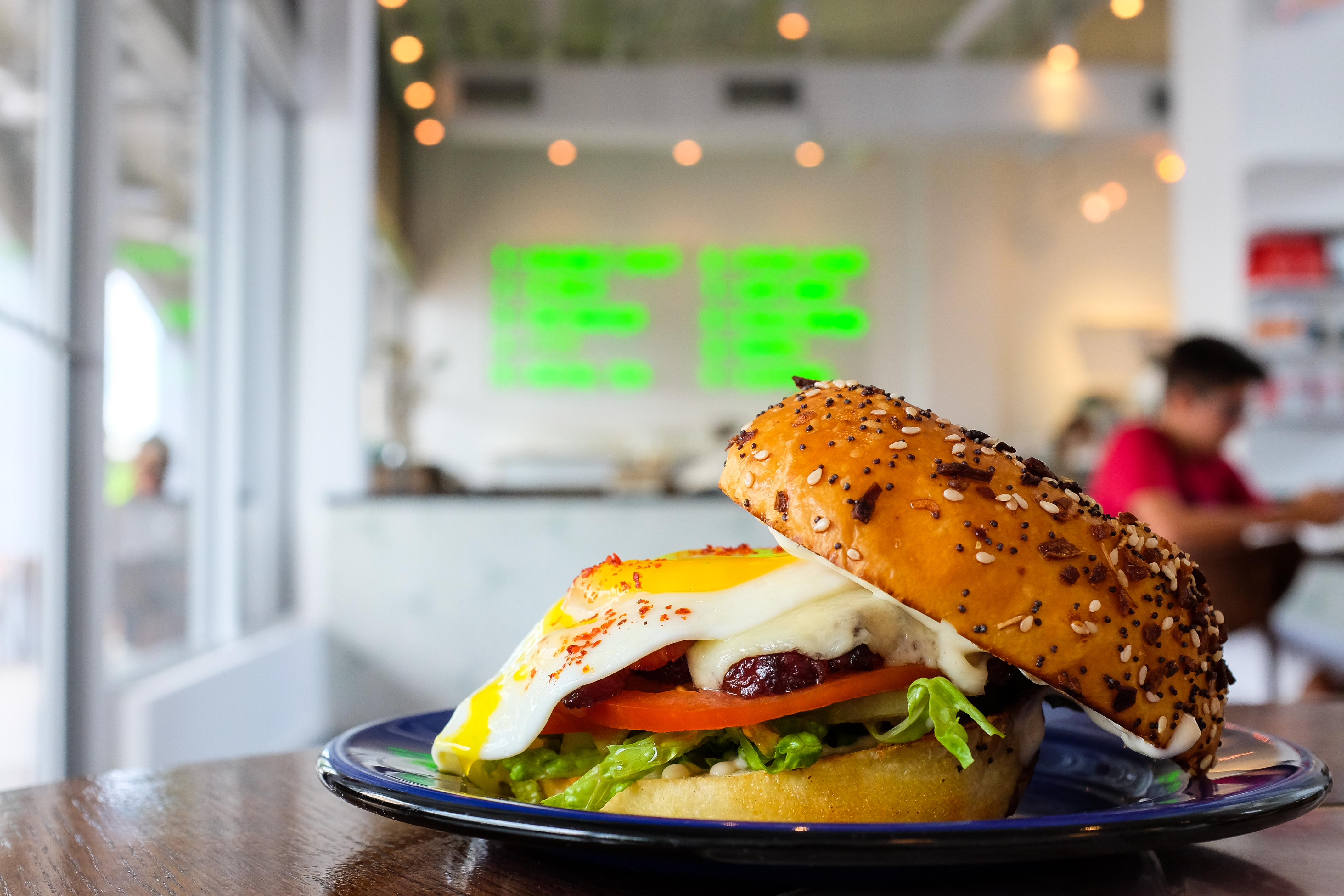 Furthering the great breakfast revolution stirring across America, Cuba native Camila Ramos opened her serene Miami coffee shop in May with an ambitious menu of smartly crafted egg-based dishes. Ramos is a member of the Eater Young Guns Class of 2014, nominated during her tenure as lead barista at Panther Coffee. Alongside an uncannily balanced macchiato, try the Runny and Everything sandwich — a BLT for the morning crowd, with the addition of sharp cheddar and a fried egg, set on a brioche bun seasoned like an "everything" bagel with poppy seeds, sesame seeds, and onion. 1035 North Miami Avenue, (305) 699-3447, Miami, alldaymia.com 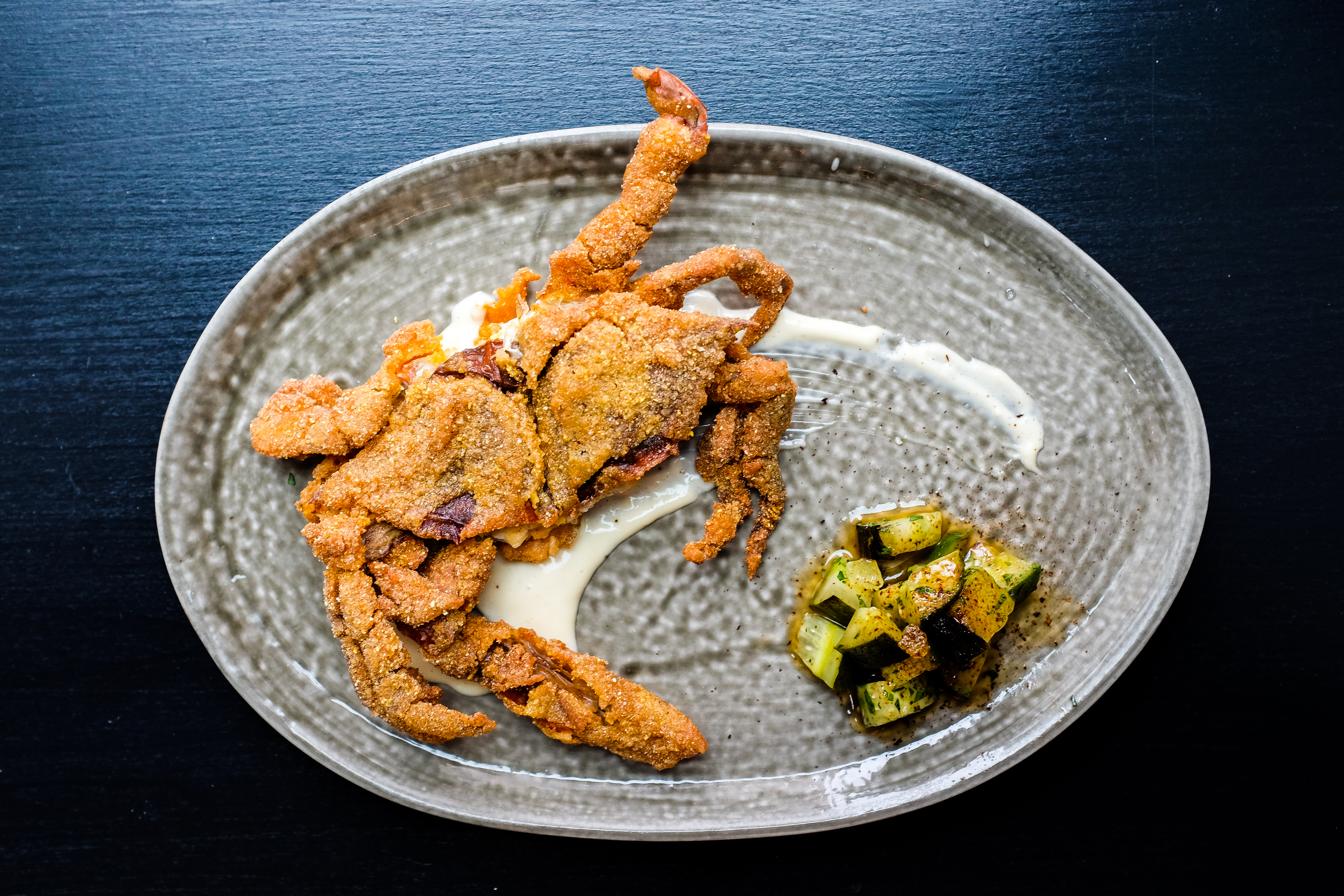 A six-foot, 2,200-pound fire-burning grill built in Mesquite, Texas is the visual and spiritual centerpiece of Ashley Christensen's sixth — and swankiest — Raleigh restaurant. I've relished the fried soft-shell crabs that Christensen's crew prepares at her flagship, Poole's Diner (which rotated onto Eater's National 38 list this year), and I reveled in the dish with equal satisfaction here. Both the cucumber in the accompanying salad and the garlic in the aioli spread across the plate had roasted among the grill's embers, adding smoky pheromones to the sweet, crunchy crab. 105 West Hargett Street, Raleigh, (984) 242-0218, ac-restaurants.com/death-taxes 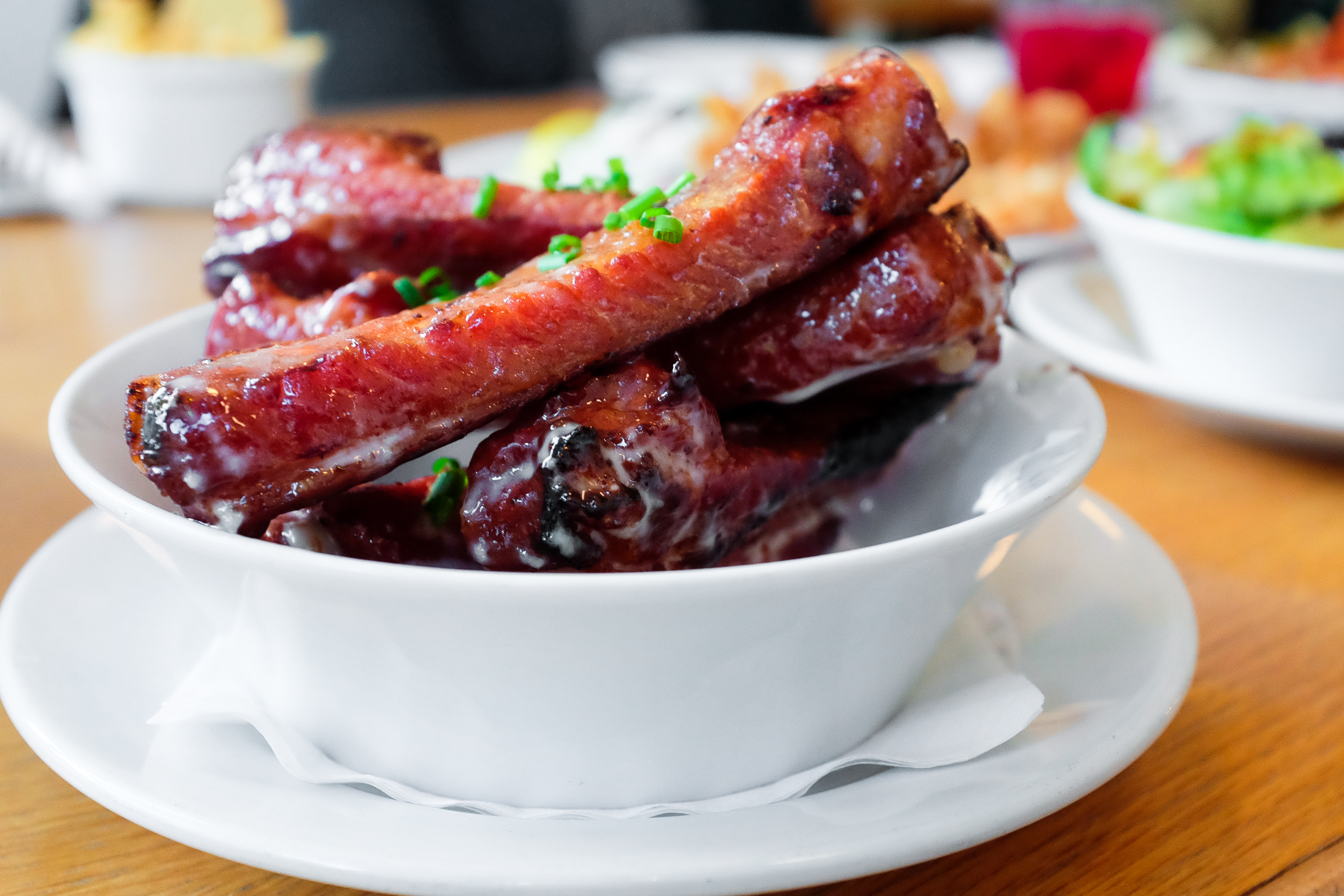 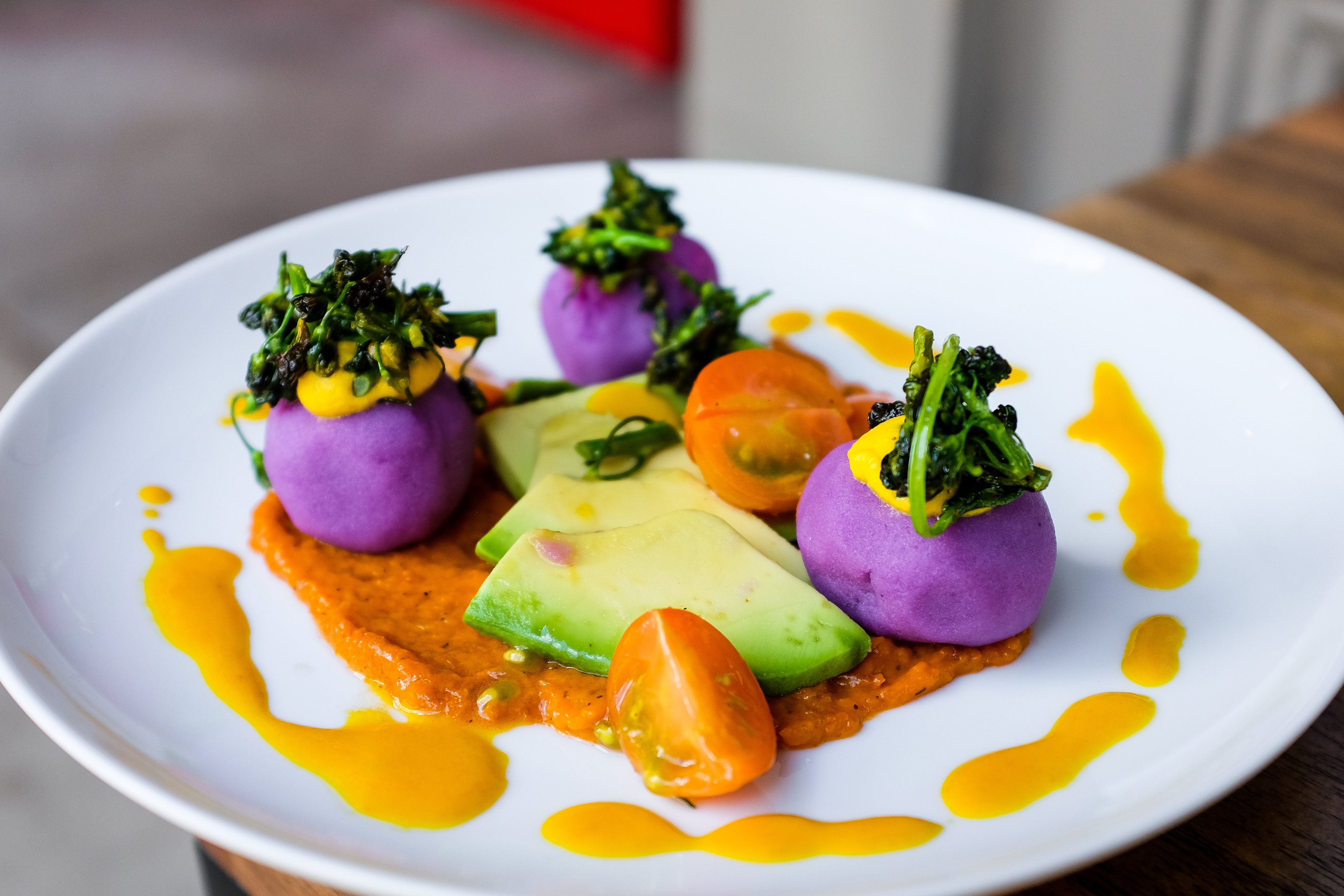 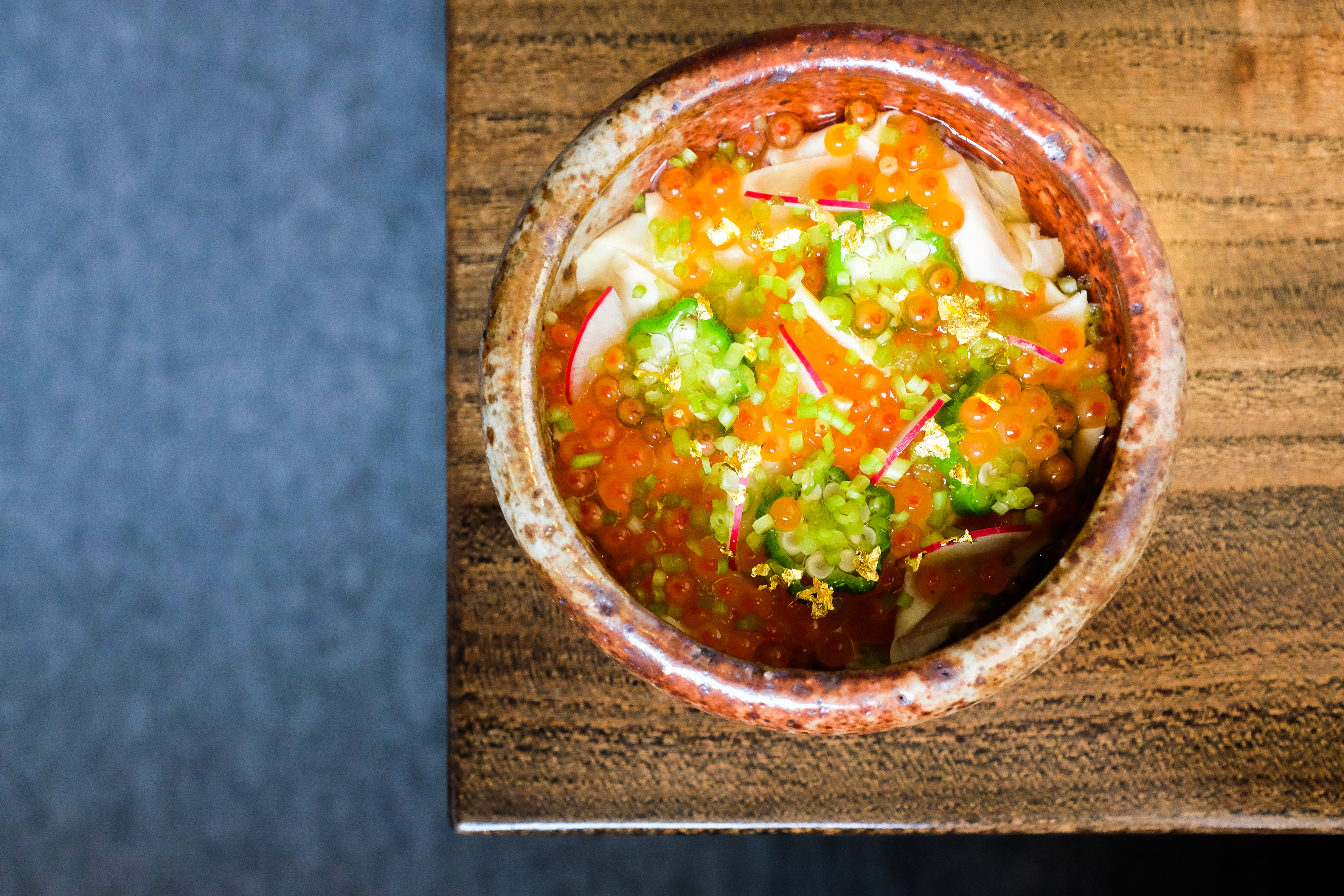 Sung Ahn cooked for years at luminaries like San Francisco's Benu and Hiroyuki Urasawa in Los Angeles before opening his 18-seat, still-under-the-radar restaurant in February. It sits at the edge of SF's Japantown and Fillmore communities, in an austere space with no obvious signage when I dined there in late May. Ahn has gone big right from the start: the kaiseki-style meal of 10 to 12 course costs $195 per person. The most stunning dish played off chawanmushi — yuba (tofu skin) and egg made a willowy base for trout roe, crab, okra, and radish. 1552 Fillmore Street, San Francisco, (415) 735-7303, mosusf.com 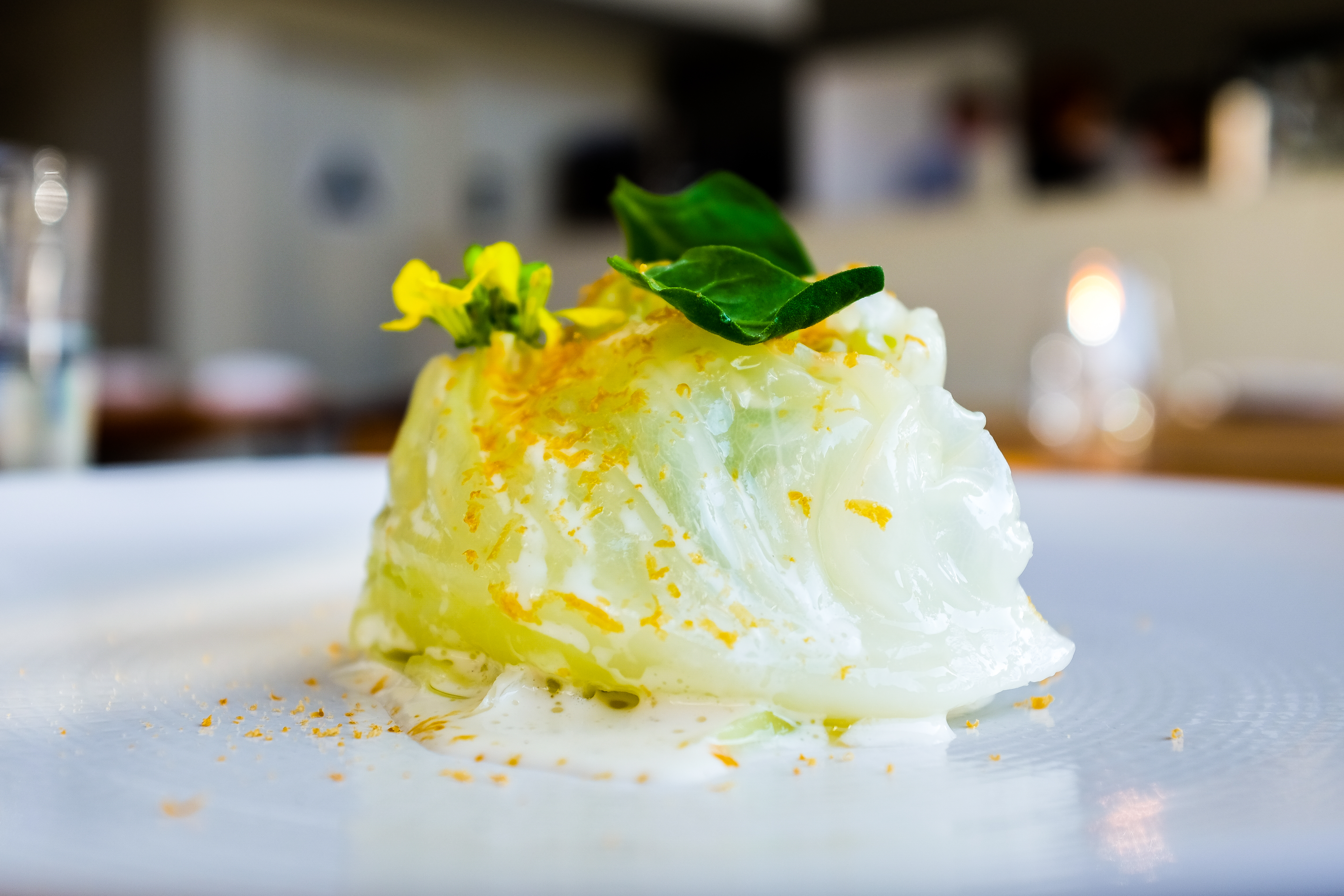 The name of this airy, welcoming Russian Hill restaurant refers to a pub that husband and wife Rupert and Carrie Blease frequented when they lived in England, where they met. They offer a la carte and tasting menus: both sync with the current Bay Area aesthetic that celebrates seasonal bounty while also embracing forward-thinking technique and flavor combination. Cabbage cooked to an almost meaty silkiness, and then robed in house-made buttermilk and showered with uni bottarga, was a favorite from the tasting menu. 2065 Polk Street, San Francisco, (415) 872-5512, lordstanleysf.com 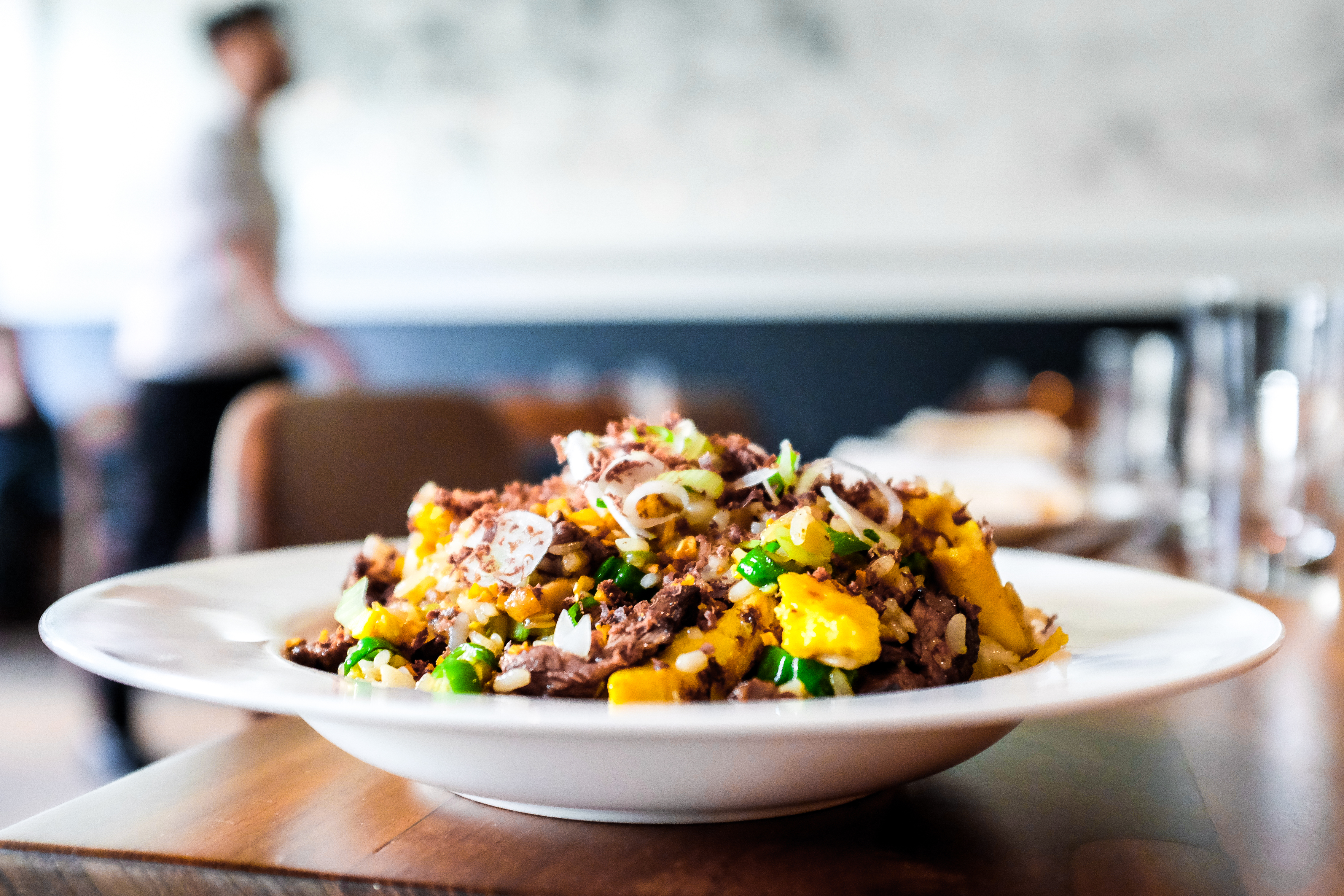 The fried rice — an umami mountain with ribbons of beef tenderloin, cured tuna heart, egg, garlic, and of-the-moment vegetables like peas — stood out among the banquet-style dinner at Brandon Jew's new restaurant, a grand revamp of a building that has housed restaurants in Chinatown since the 1880s. Jew's menu draws on the Cantonese foods of his San Francisco childhood, reframed with California modernity. Vie for a table near the dining room's striking view of the urban landscape. 28 Waverly Place, San Francisco, (415) 857-9688, misterjius.com 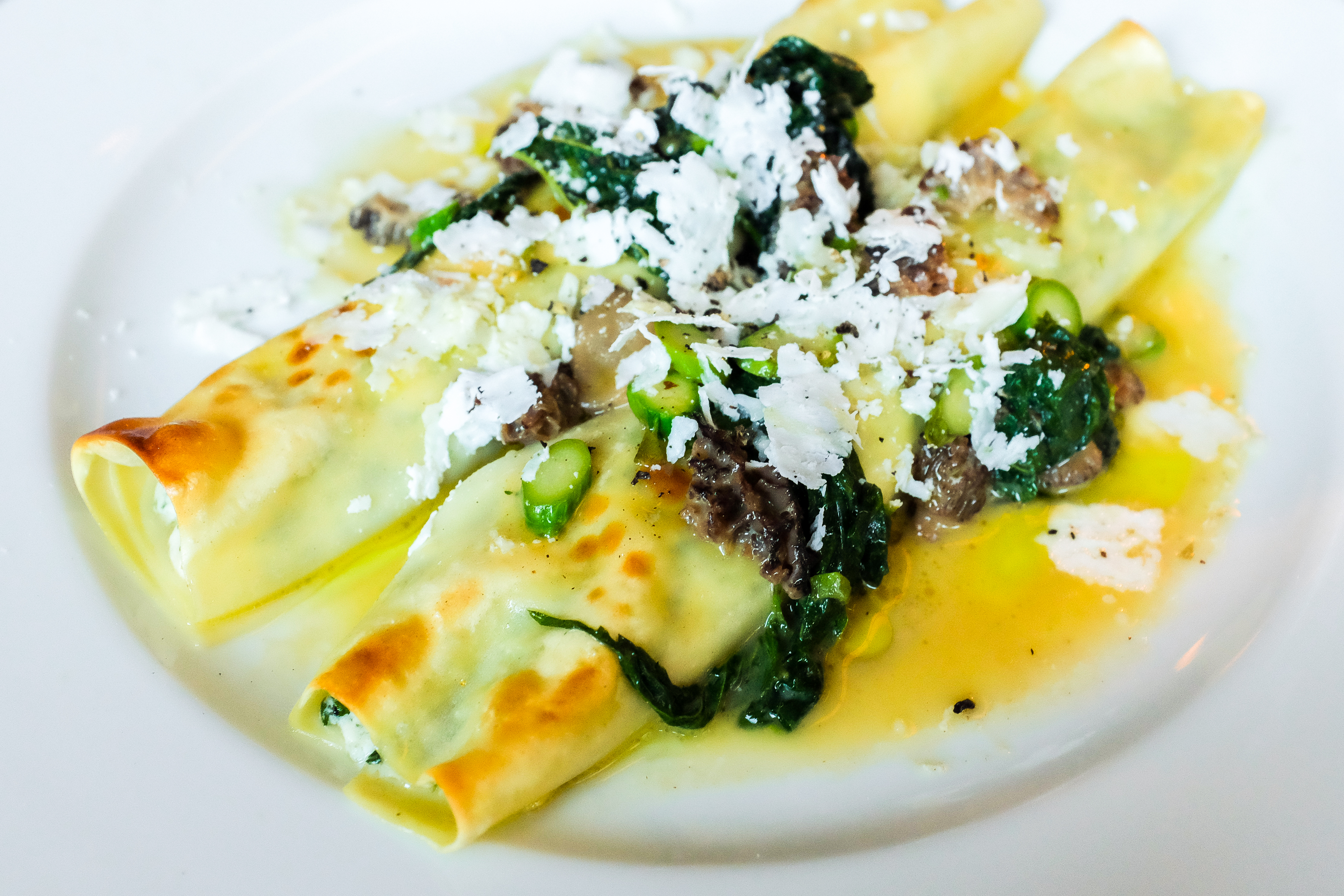 In February Ignacio Mattos and Thomas Carter, who run the wonderful haven Estela in Nolita, debuted their second venture — a larger, shinier space serving food moves away from Mattos's idiosyncratic style as a chef and concentrates on simpler Italian dishes. One standout during at a late April meal was tender, crisp-edged cannelloni dressed for spring with asparagus, morels, and greens. 234 Spring Street, New York, (646) 952-0828, altroparadiso.com 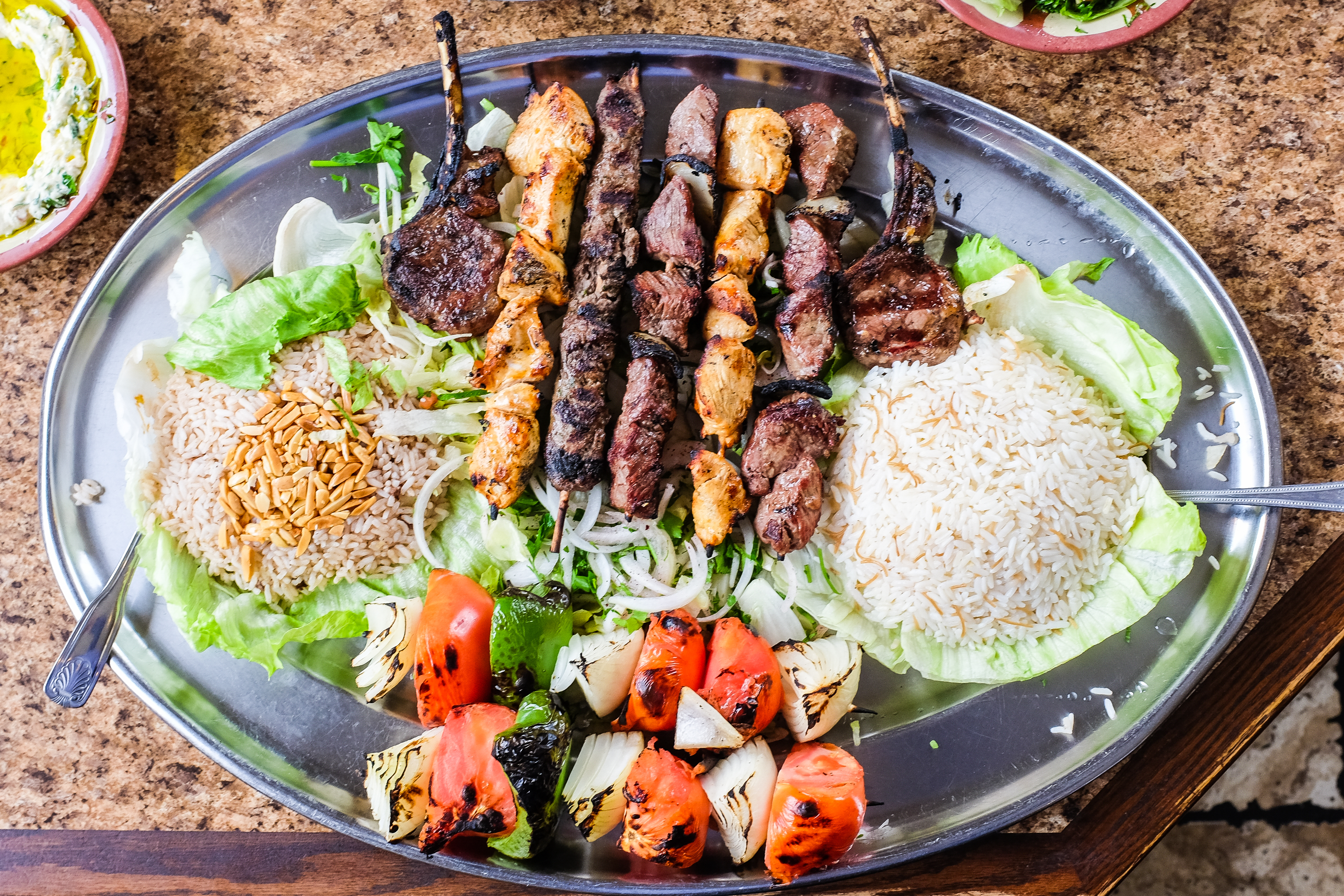 The fresh, hearty, subtly spiced cooking of Lebanon is among my favorite of the world's cuisines, and I have an ongoing infatuation with dining my way through Dearborn, home to one of the country's largest Lebanese-American populations. Lebanese-Syrian cookbook author Anissa Helou and I shared a meal at the always-excellent Al Ameer in April, stuffing ourselves silly on kebabs, vermicelli rice, and an extra-fluffy variation on hummus shot through with roughly chopped herbs. 2710 West Warren Avenue, Dearborn, MI, (313) 582-8185, alameerrestaurant.com 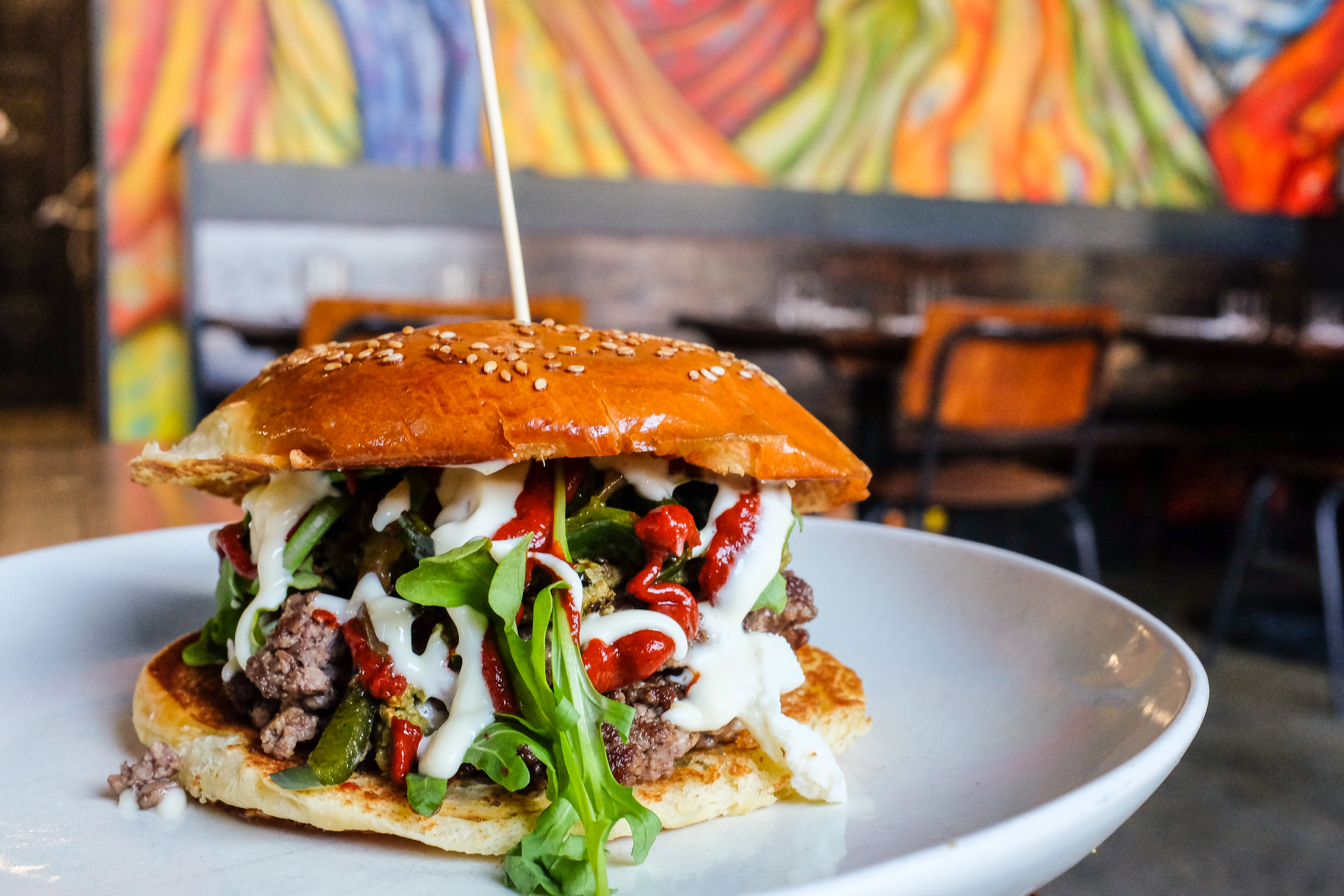 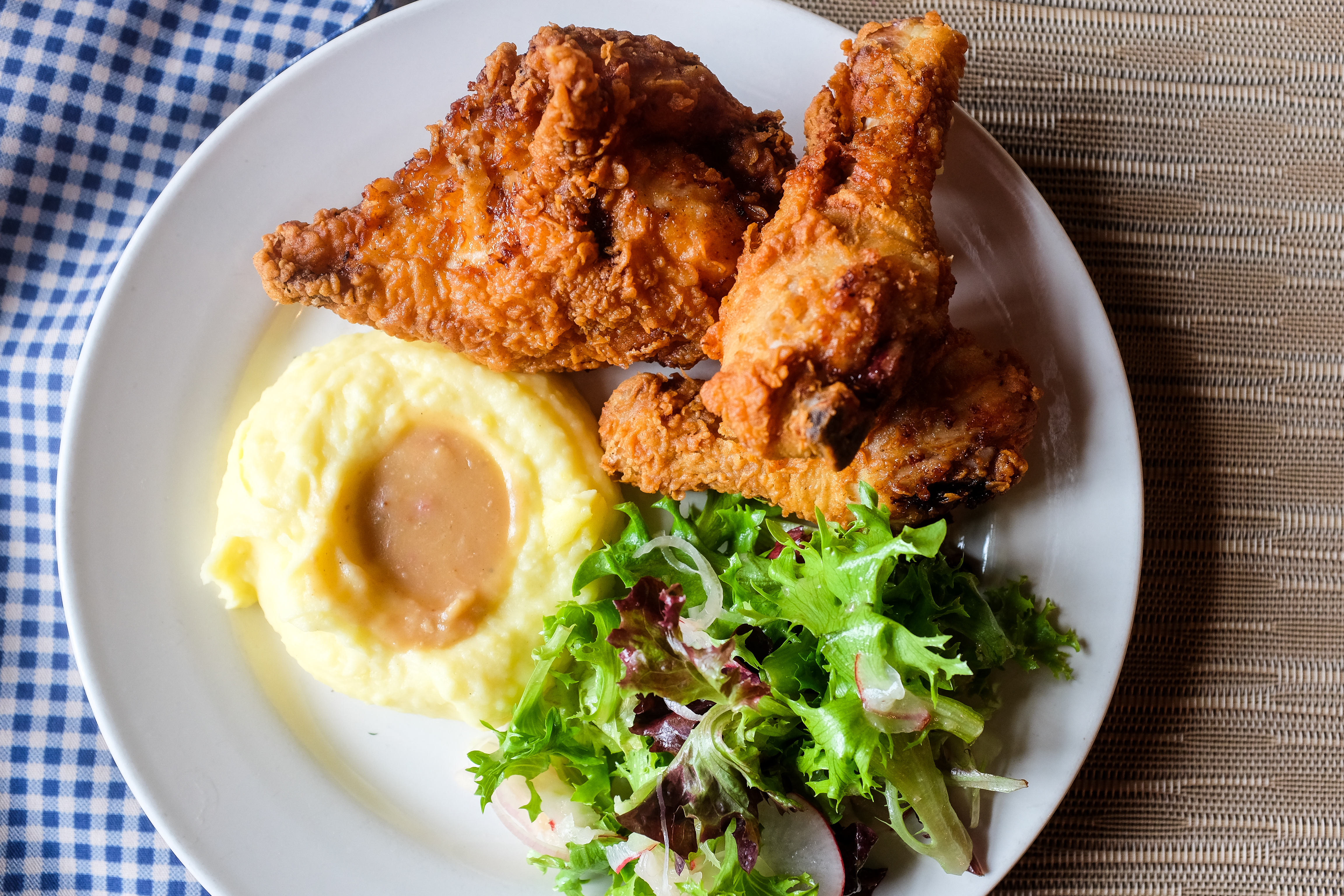 My love of fried chicken is profound and eternal. After researching an article on Kansas City last year I passed through the area again in March, returning to Colby and Megan Garrelts's homage to Midwestern comfort food. They brine their bird in aromatics, bathe it in a batter, dredge it in a flour mixture, and then fry it twice. It is easily among the finest fried chicken in the country. 10551 Mission Road, Leawood, KS, (913) 642-5800, ryekc.com 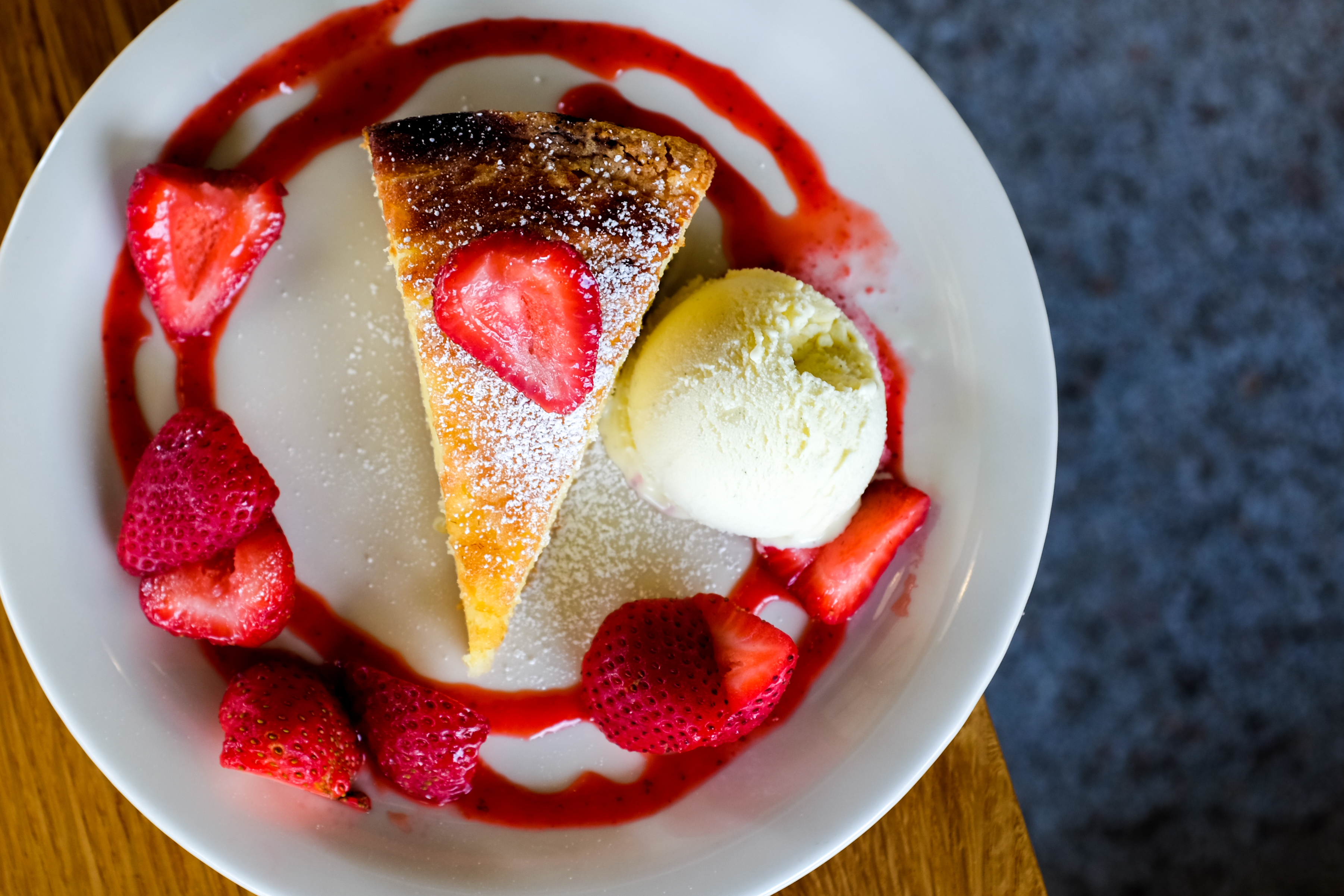 Southern food lovers lost one of the region's rarest jewels when Ben and Karen Barker decided to close Durham's soul-satisfying Magnolia Grill in 2013 after 26 years in business. Their son, Gabe, followed his parents to the professional stoves, cooking for several years at San Francisco's beloved Pizzeria Delfina. He returned to North Carolina's Research Triangle last year and, with an assist from his folks, launched Mercato in February. Menu items stretch far beyond the excellent, puffy-edged pies, including gorgeous small vegetable dishes prompted by the exuberant Carrboro Farmers Market nearby on Saturdays. Honestly, though? I was most excited to once again swoon over desserts by Karen Barker, especially this lilting custard cake with strawberries and vanilla bean ice cream. 408 West Weaver St, Carrboro, NC, (919) 967-2277, pizzeriamercatonc.com 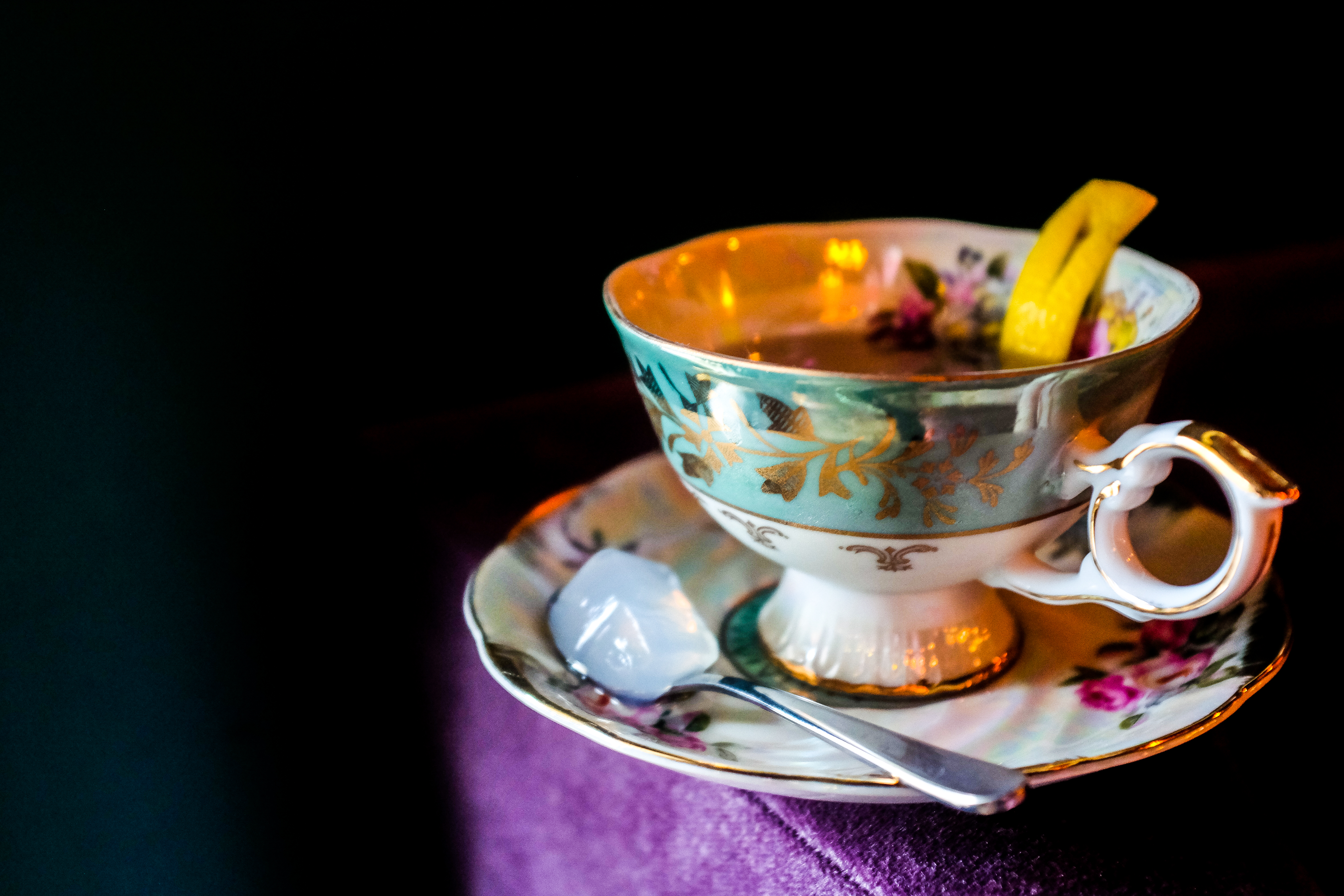 After a memorable meal (conger eel and sticky rice grilled in banana leave!) in March at Foreign Correspondents, Houston's buzziest Thai restaurant, a friend and I walked next door to its just-opened sister bar. Restaurant group Treadsack created Canard expressly to showcase the brilliance of their bar director Leslie Ross. The Lyan and the Unicorn — an alchemy of gin, Manzanilla sherry, Crème de Violette, Dolin's Génépy des Alpes, and cucumber, with coconut jelly on the side mimicking a sugar cube — was as elegant to behold as it was to sip. 4721 North Main Street, Houston, (713) 864-2408, treadsack.com/canard

Bill Addison is Eater's restaurant editor, traveling the country in search of America's most essential restaurants. Read more in the archive.