It has never been a better time to be into beverages than right now: The quality and availability of coffee, tea, and spirits has never been this excellent, like, ever, in all of human history. Really. The flip side of this spectacular bounty is that there is also more sewage out there than ever, often (convincingly, even!) masquerading as the good stuff. But that’s why this list is here — for the beverage zealot in your life, we’ve curated a tidy list of mildly fantastic and quietly offbeat gifts (some of which exist only in limited quantities, just to warn you).

Gifting a spirit by picking out a bottle of whatever looks fancy — whether because of the bottle or the price tag — seems easy enough, but the results often err at the extremes of being obscure and hard to use, or generic and forgettable. Here are a few suggestions to make an impression on the liquor fan in your life. —Tammie Teclemariam 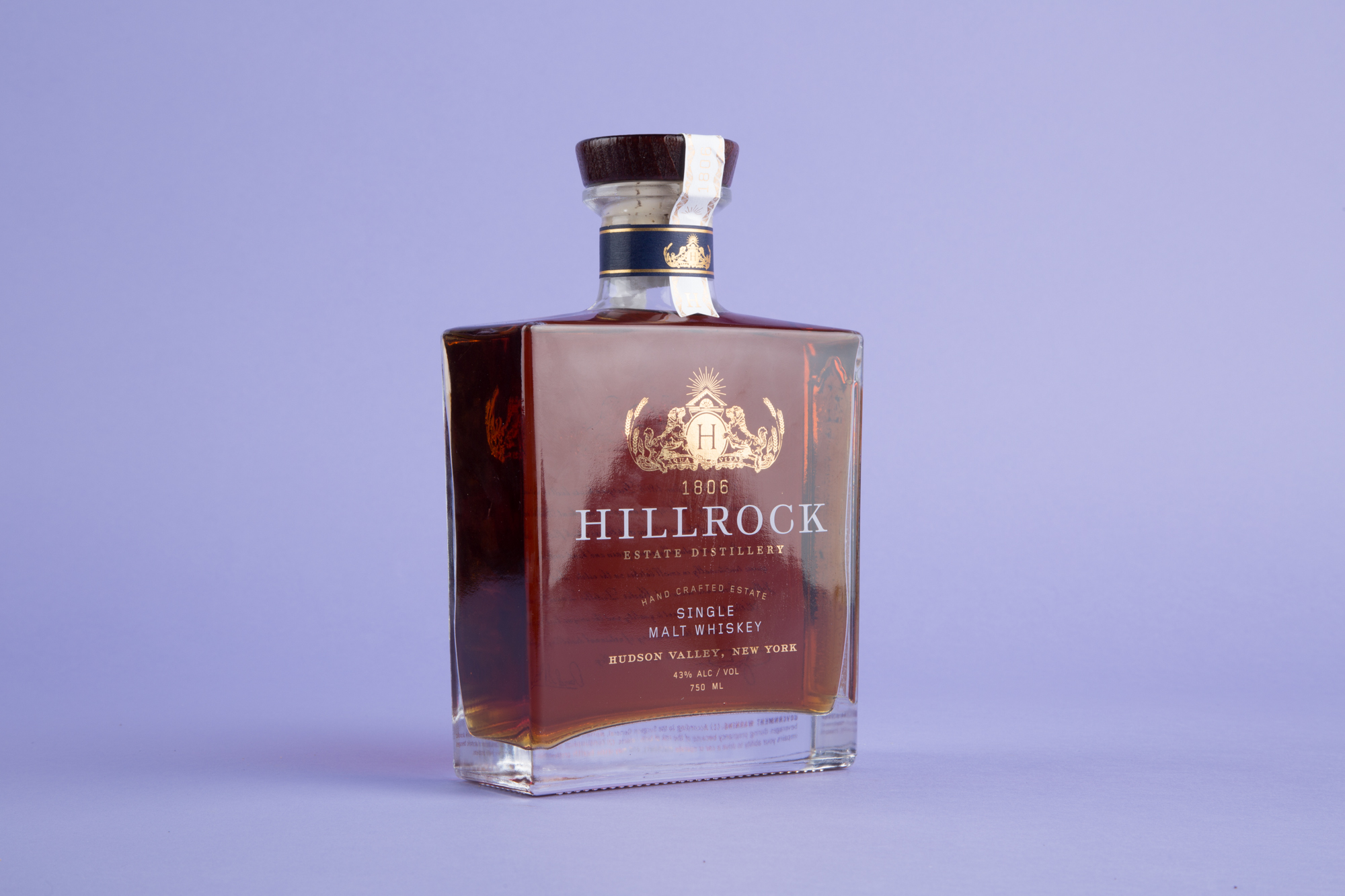 New York State is lousy with distilleries right now, but this handsomely bottled single malt from Hudson Valley's Hillrock distillery defies most expectations of American whiskey, classic and newfangled. Made using Hillrock’s estate-grown barley and a light dose of smoke from Scottish peat, it’s dynamic and balanced with a pronounced savory note.
Hillrock // $122

A Rum for Whiskey Drinkers 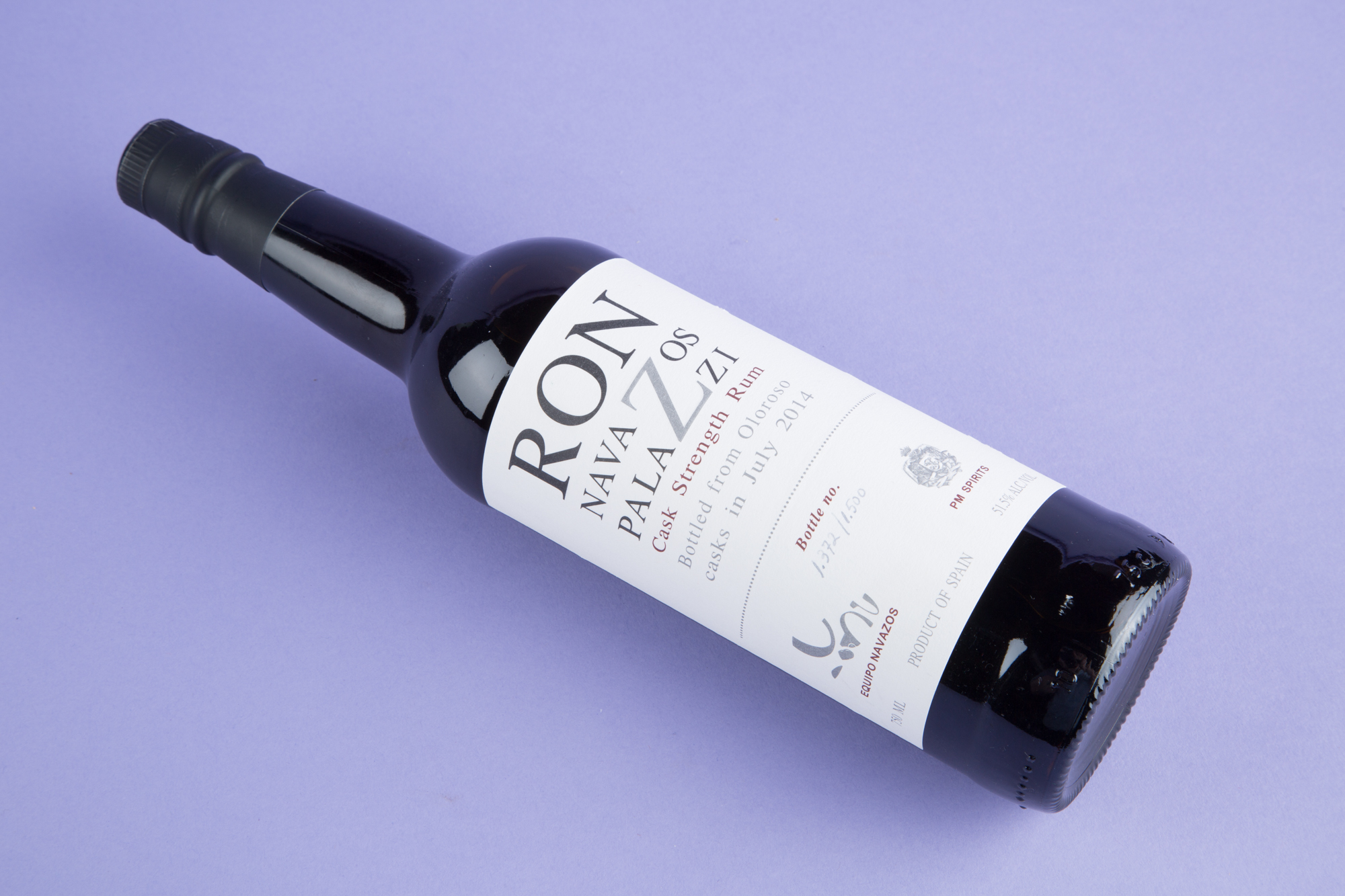 With 15 years of aging, mostly in flavor-dense sherry casks, this rum has a wider appeal than most others — especially for someone who thinks they’d rather drink whiskey. The nose is generous, the palate is rich, and the finish is long and oxidative. If you were thinking of getting someone a bottle of Macallan, blow their mind with this instead.
Navazos Palazzi // $110 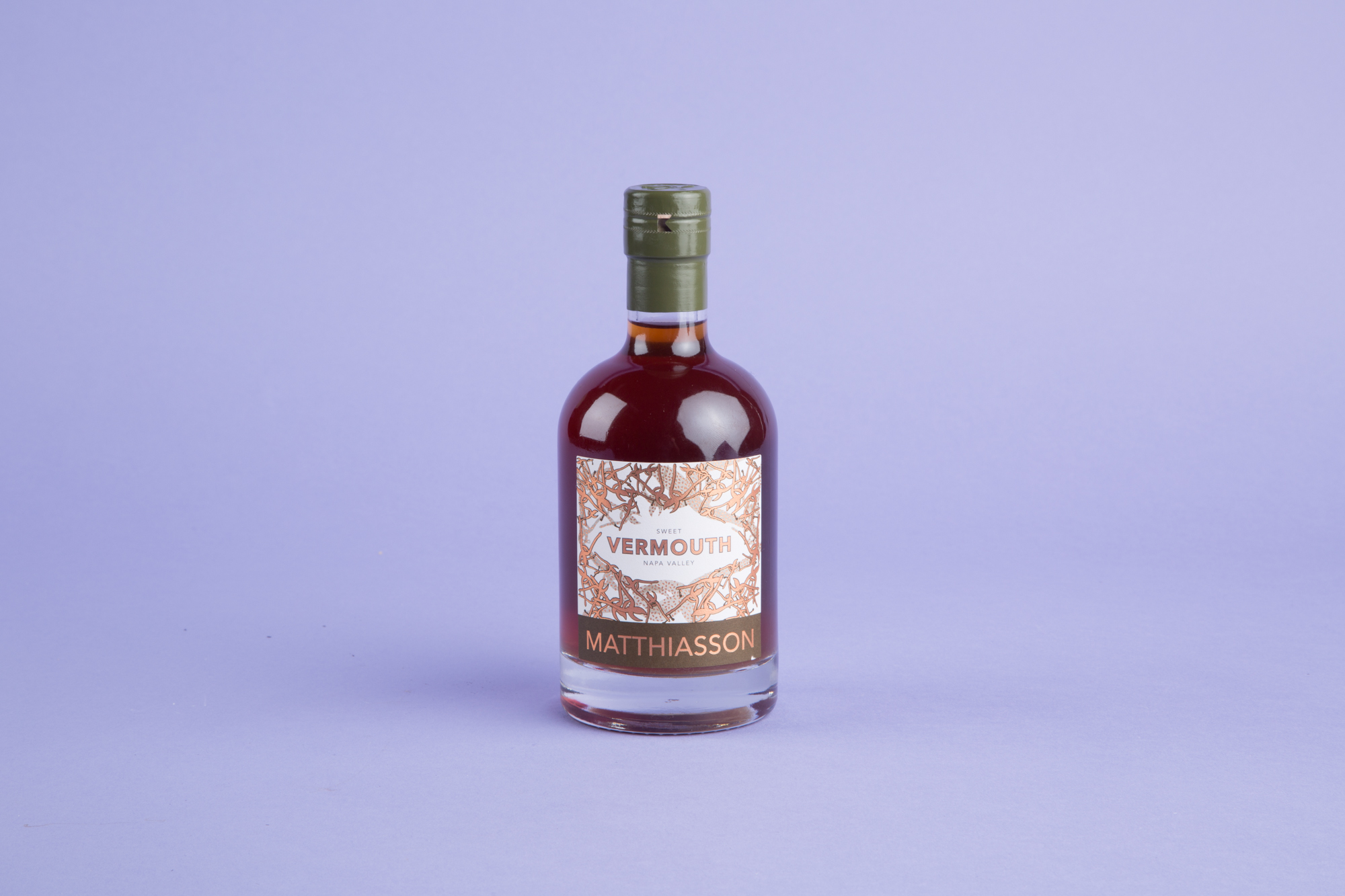 This fruity elixir from Napa's Mathaisson winery blends three vintages of wine with infusions of home-grown cherries, cardoons, and oranges. Beyond cocktails, it could be served chilled next to a cheese plate or as a spritz with brunch. Just don’t forget to refrigerate it after opening.
Mathaisson // $35 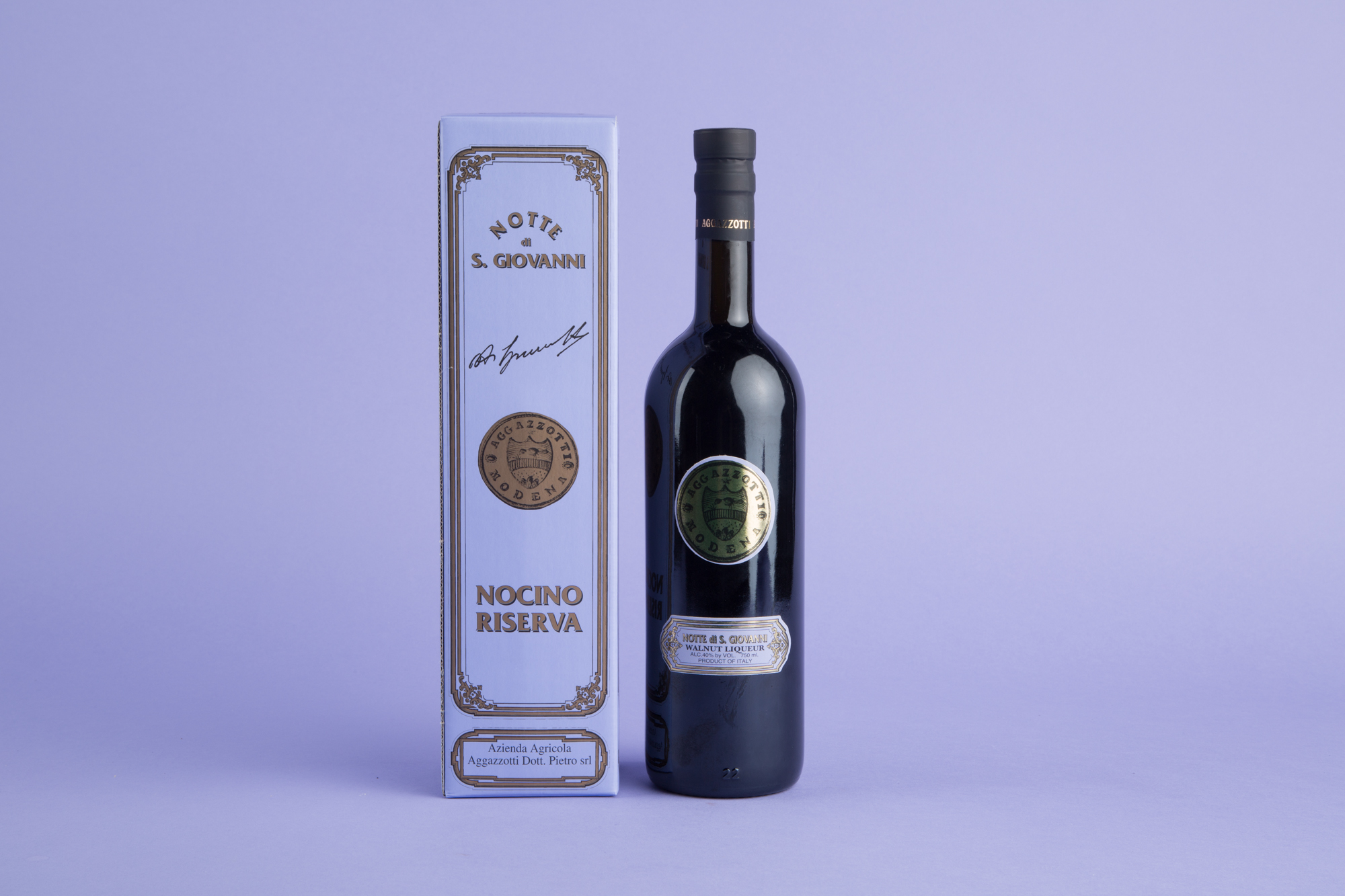 A year of macerating walnuts in sun-exposed glass containers followed by another four years of aging with spices gives this nocino its rich color and texture. With elegant flavor and a hint of tannin, it's as complex as the best amari.
Aggazzotti // $50

A Barrel (of Fun) 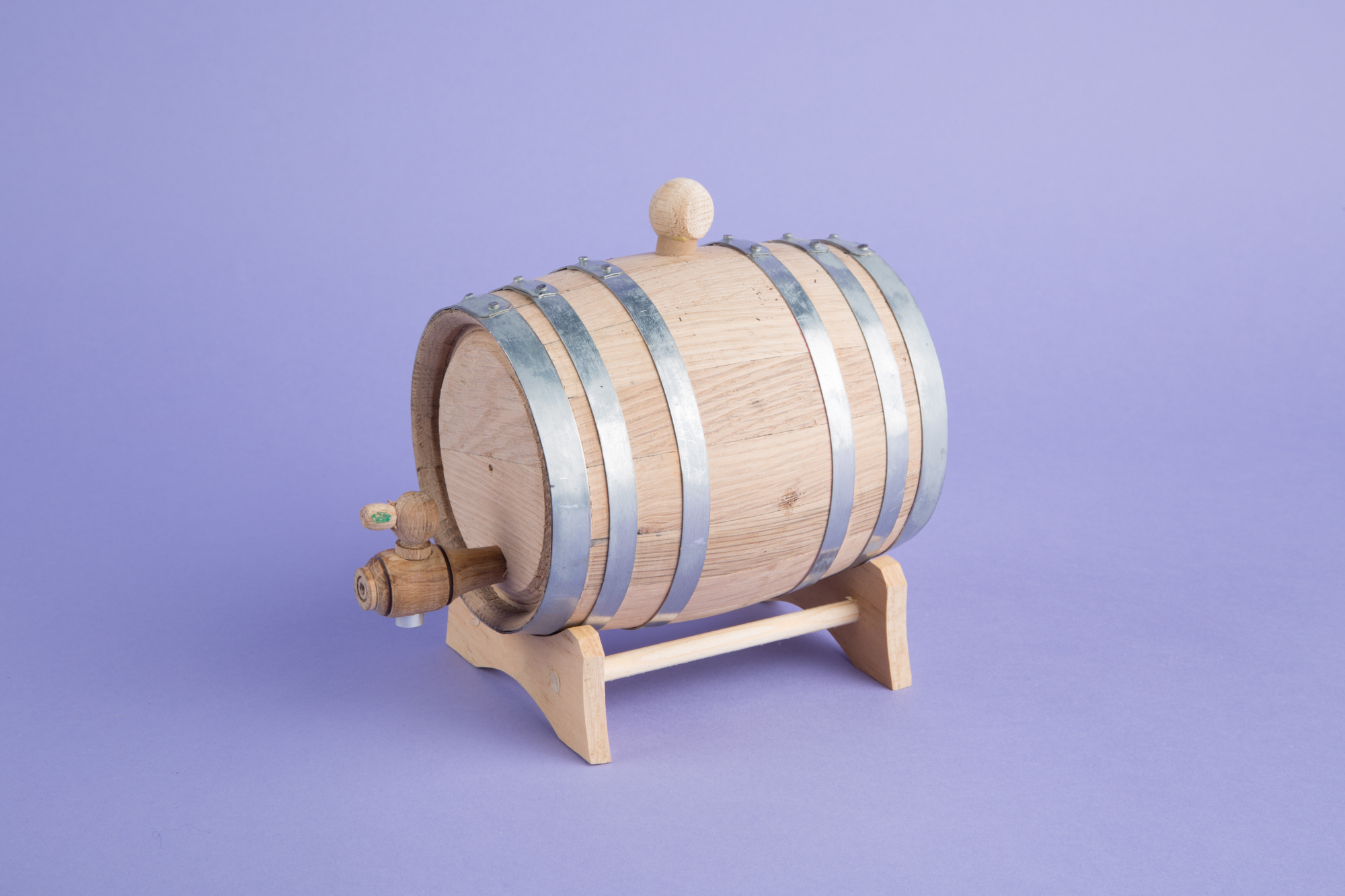 Barrel-aging is what turns ragged distillate into something mellow, complex and drinkable, but it’s not just for distilleries. A tiny barrel will let anyone age their own cocktails — a vieux carré, perhaps — and it pairs well with a bottle of unflavored grappa or vodka as a gift.
Oak Barrels // $33 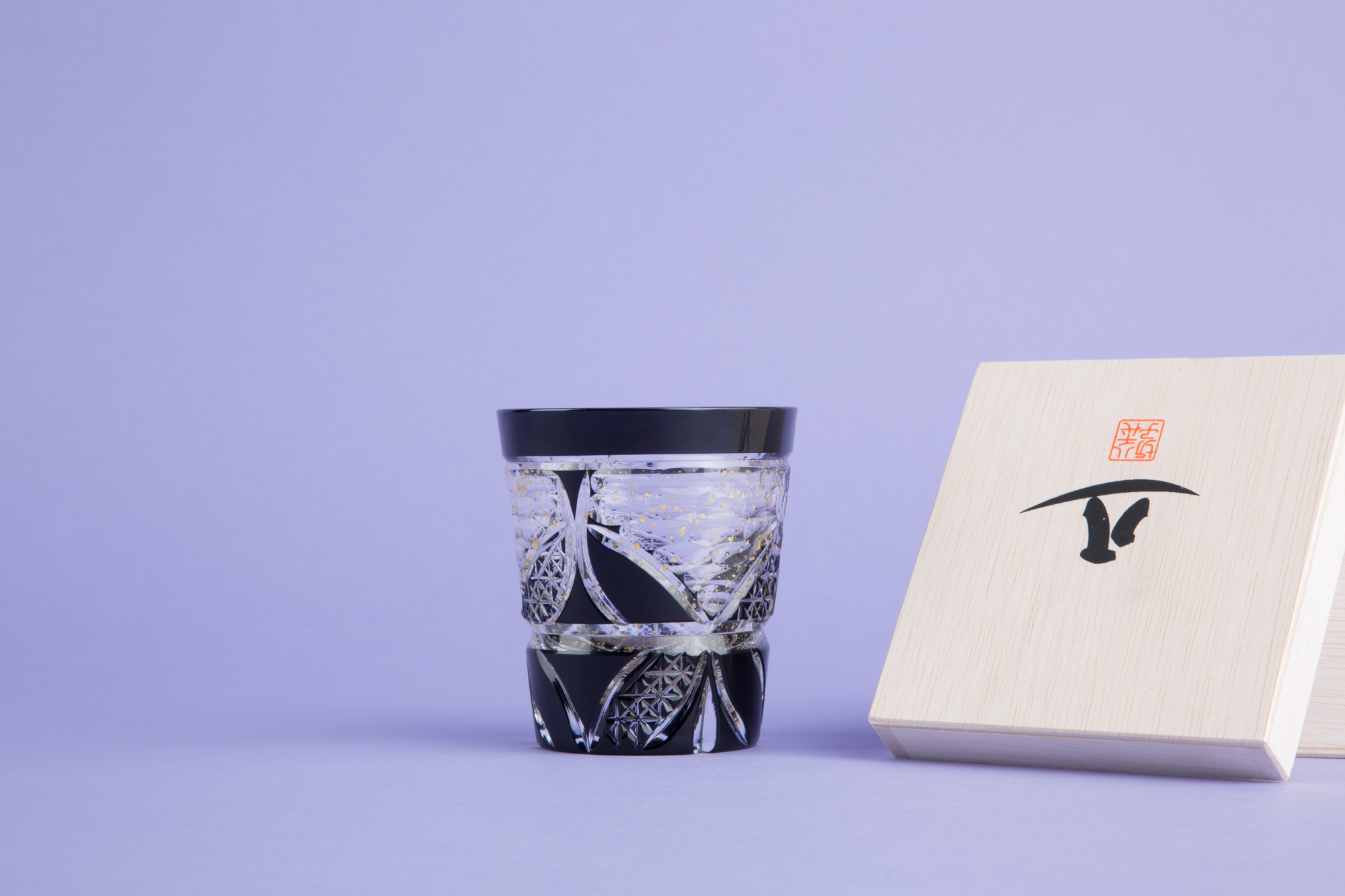 The combination of onyx glass and gold flake may seem decadent to the point of gauche, but we’re already talking about a crystal tumbler so you might as well go all in. The details are particularly suited to clear spirits; in fact, the wide mouth is just right for appreciating a special mezcal.
Korin // $145 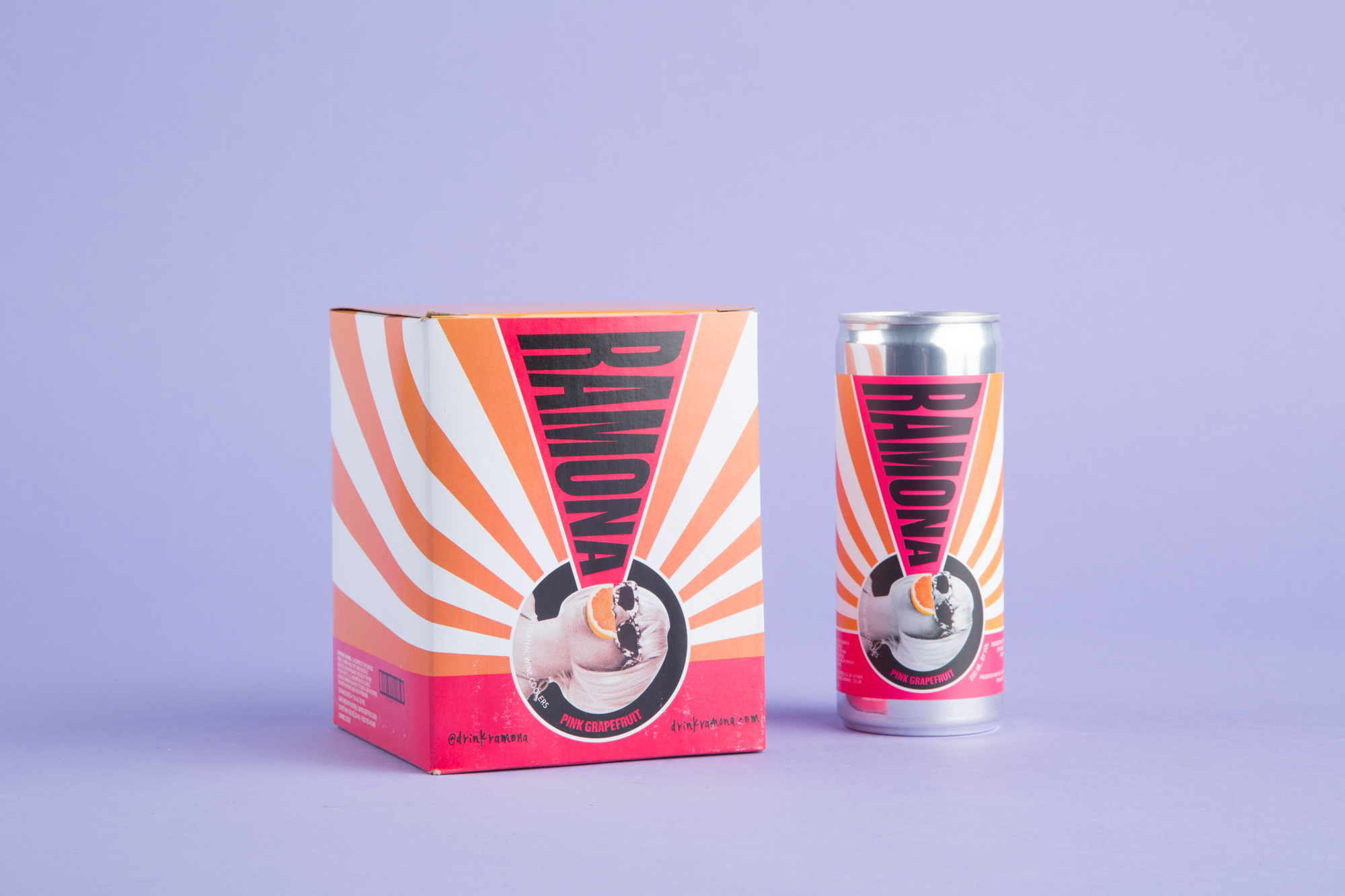 A portable wine cocktail is an awfully useful thing to have around. Ramona’s take, is part cooler, part spritz, with a hefty dose of grapefruit. Grab a few for stocking stuffers or bring them to a party and watch as everyone suddenly forgets about the beer they were drinking.

If you drink the quality stuff, tea is as absorbing and nuanced as fine wine. A small cache of indie shops around the country are indulging America’s growing thirst for serious tea (read: high-quality whole leaves, brewed without a bag in sight). Whether the tea lover on your list is a beginner or hardcore enthusiast, these gifts highlight some of the best tea sellers in the country and the tools for brewing a perfect cup. —Bill Addison 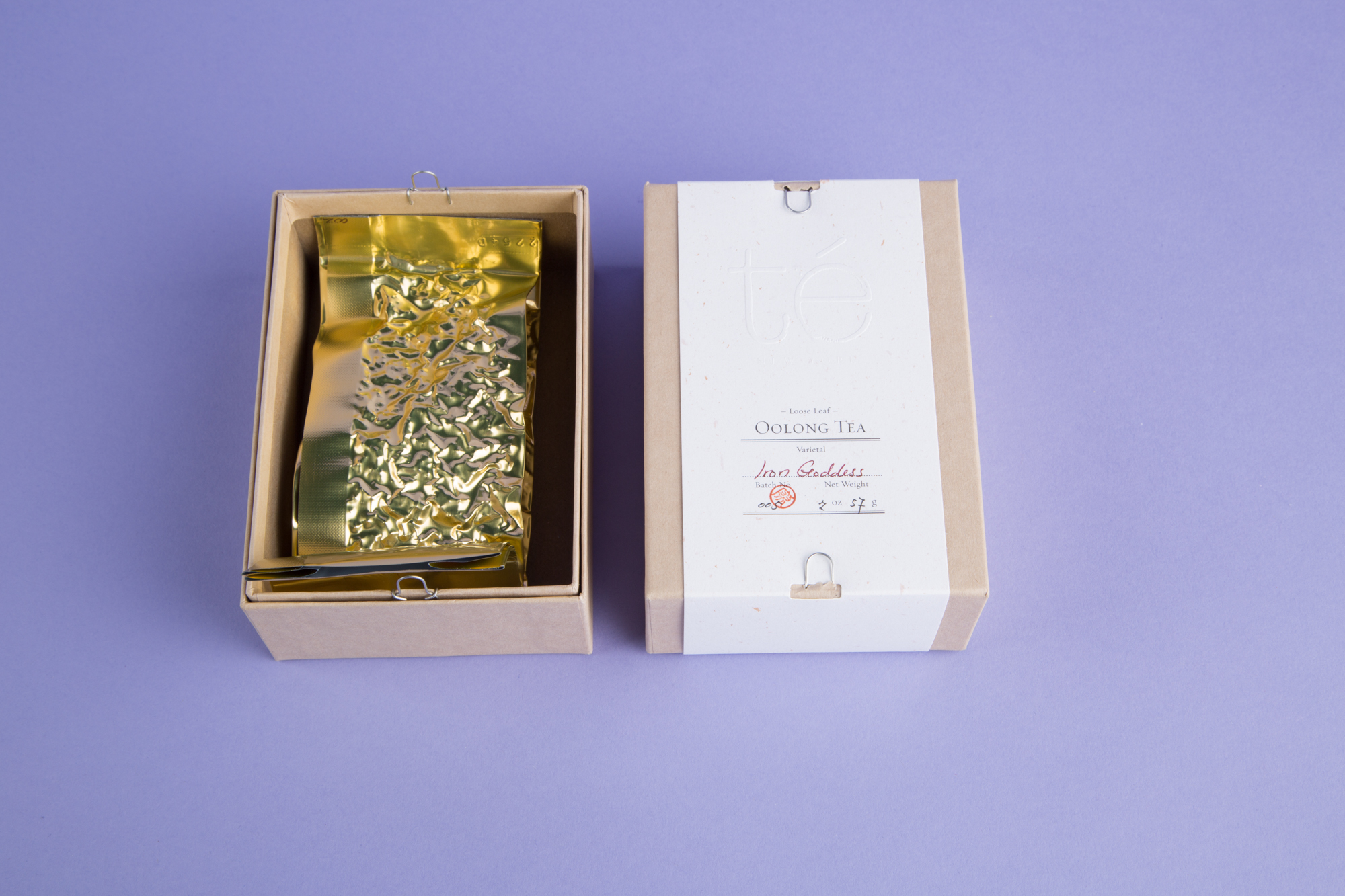 A Way to Brew Anywhere 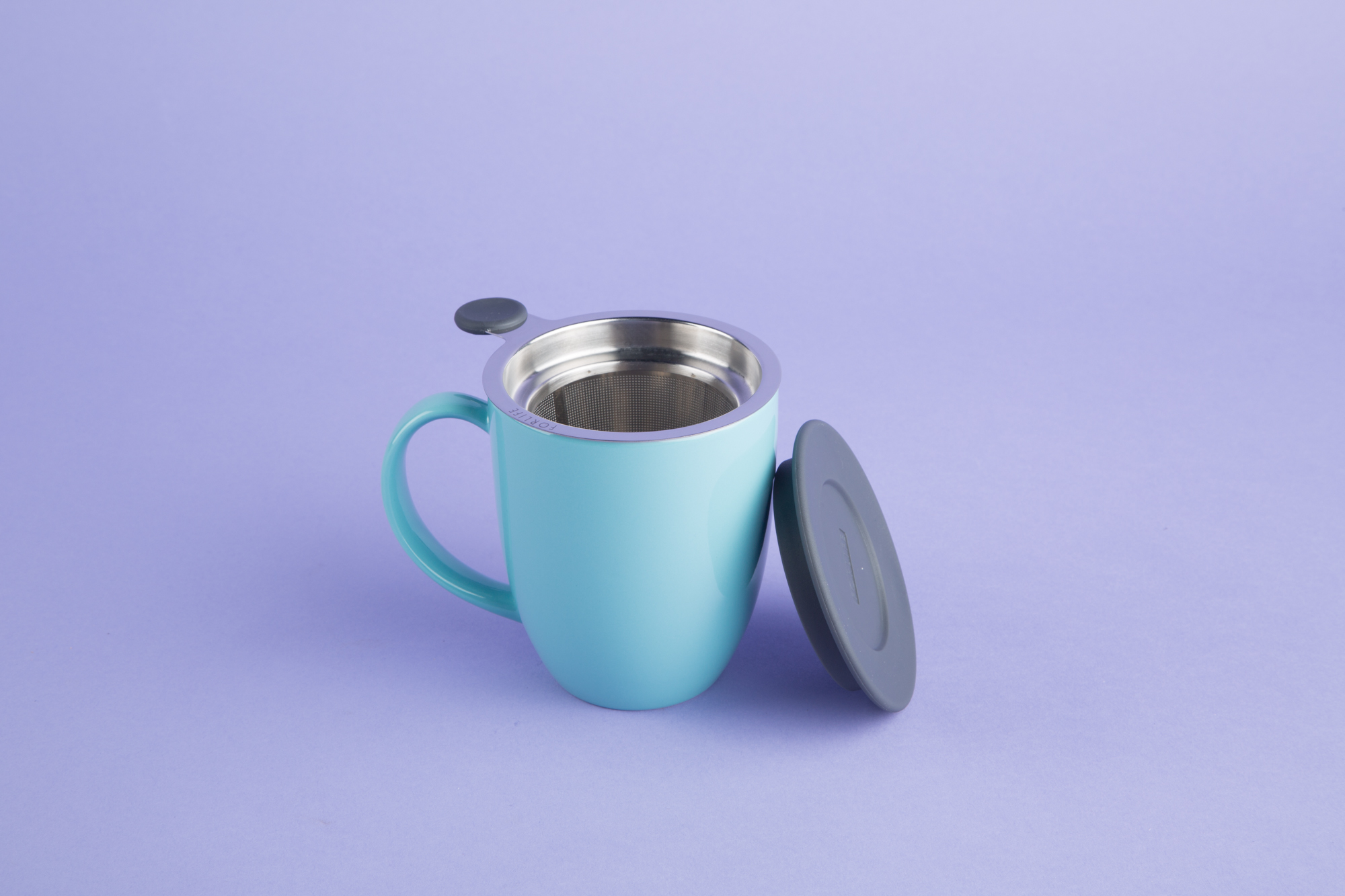 Forget mesh tea ball infusers: Loose-leaf teas need as much room as possible to properly steep. Forlife’s Uni Brew-In mugs (available in a literal rainbow of colors) include wide metal baskets that give leaves ample space to swim around. Portable and easy to clean, the mugs are handy for making tea in the office or during travels.
Amazon // $22 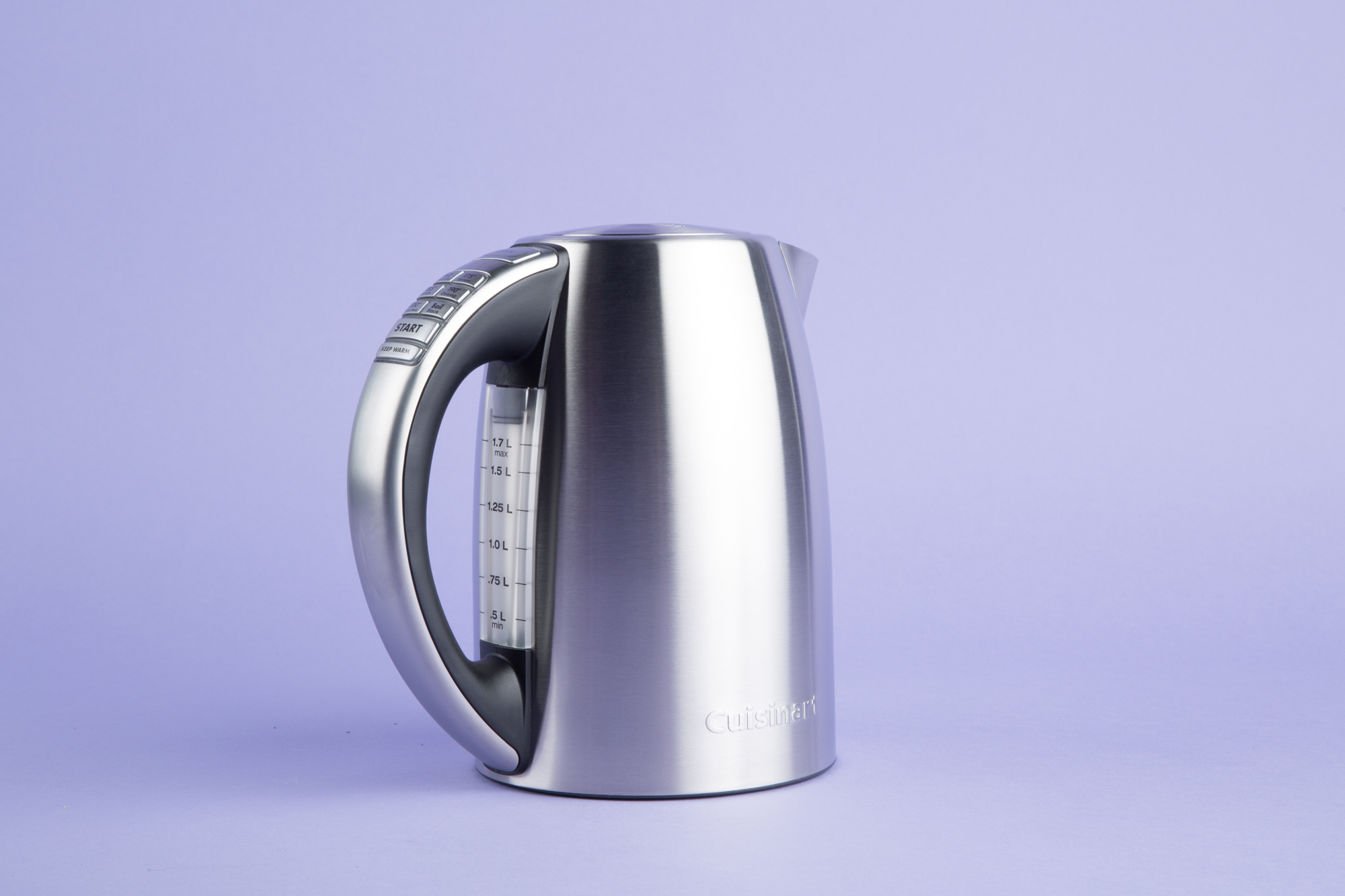 Each of the five major tea categories — white, green, oolong, black, and pu-erh — ideally brews at slightly different temperatures, depending on its delicacy or boldness. Cuisinart’s CPK-17 PerfecTemp electric kettle removes the brainwork: Its includes six presets for heating water to corresponding styles of tea, from 160 degrees to full-on boiling water.
Amazon // $77 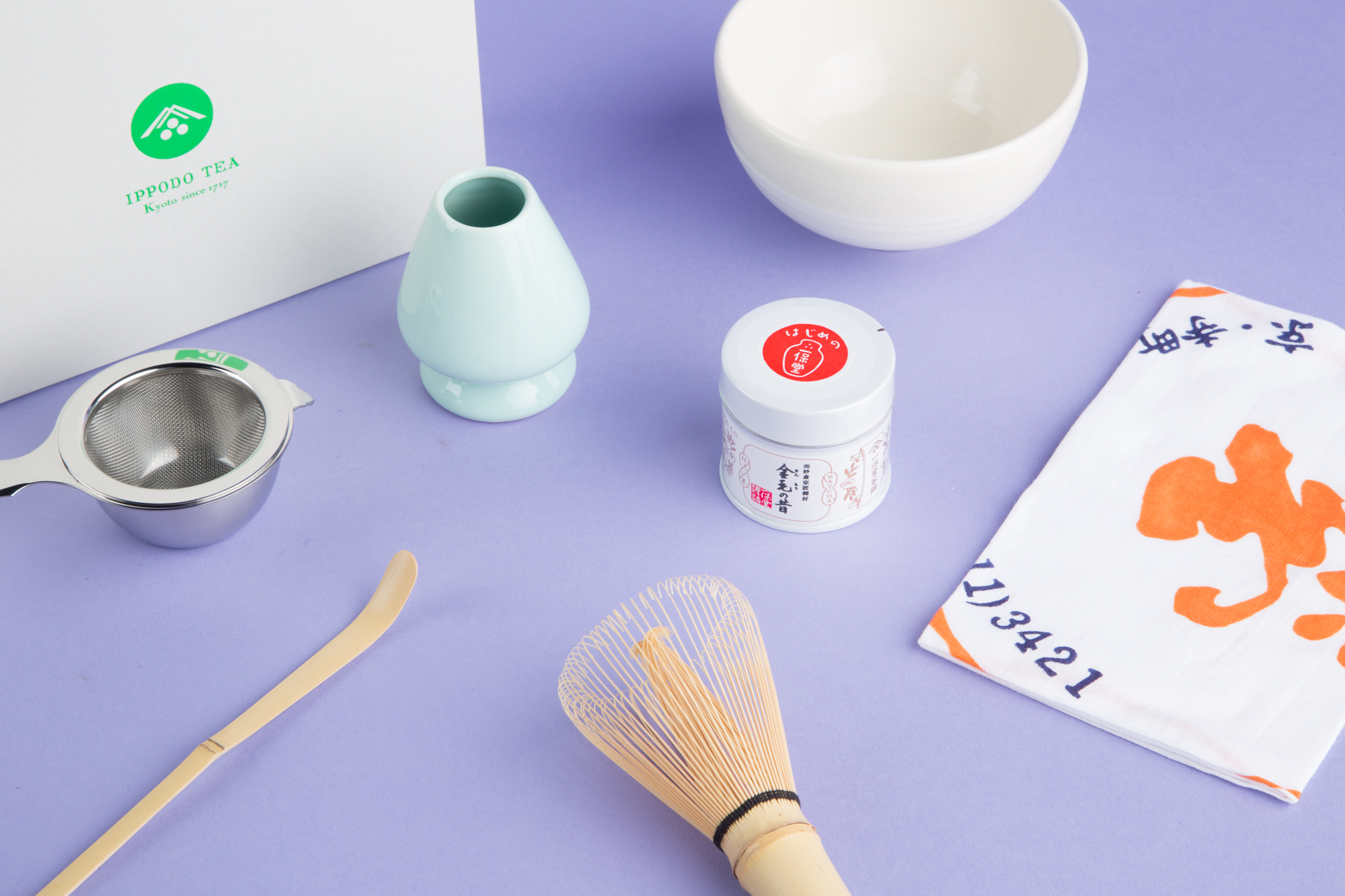 Matcha and its Day-Glo greenness is a flavor-color du jour for lattes and ice cream, but warming up a cup of actual matcha will let you understand what makes this Japanese powdered green tea special. Ippodo, a company celebrating its three-hundredth anniversary next year (!), has compiled a genuinely useful starter kit with tea, chasen (bamboo whisk), bowl, and guide — everything needed to produce a soothing ceremony out of making matcha.
Ippodo // $48

All the Amazing Tea in One Gift Box 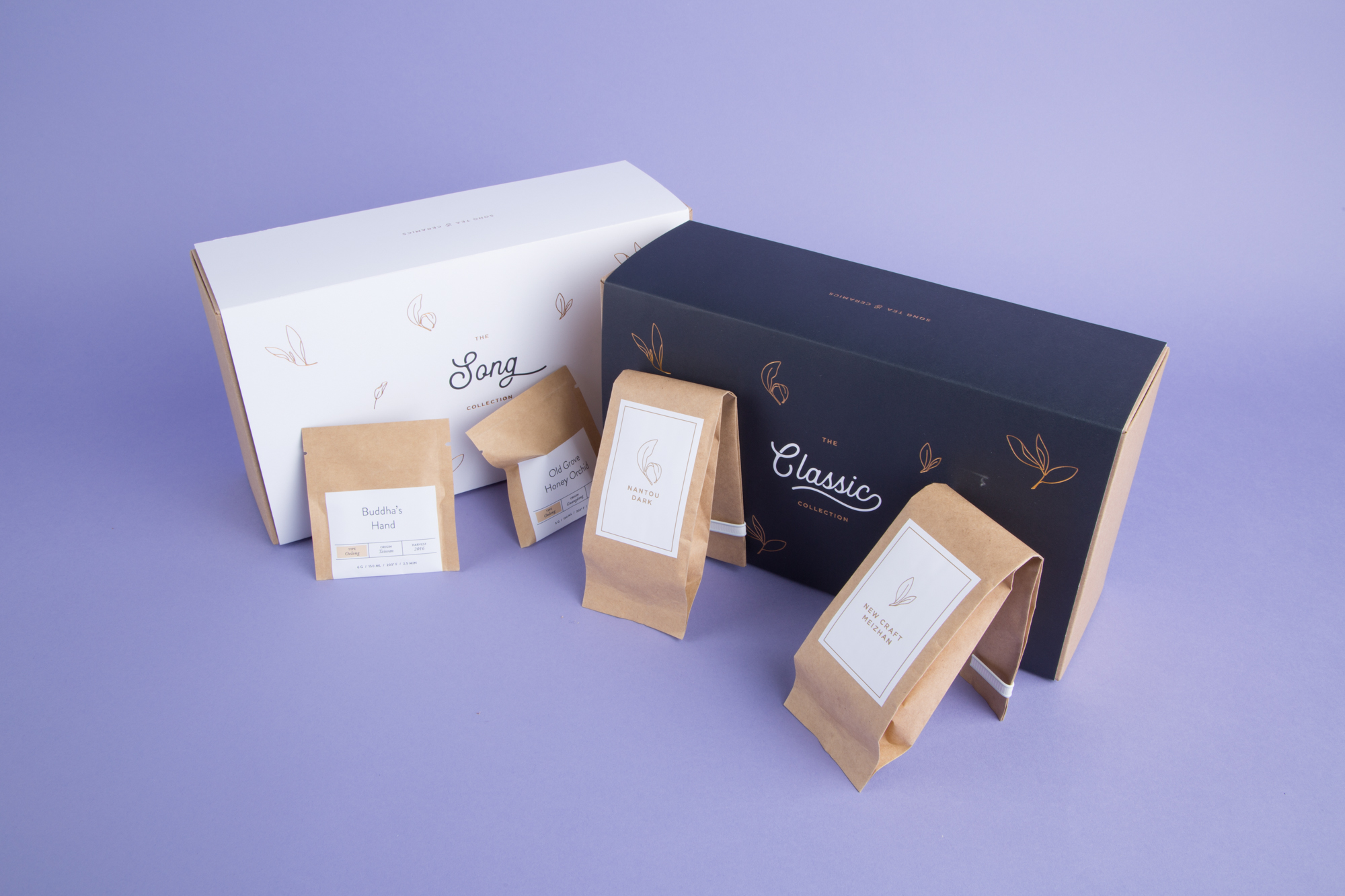 Peter Luong, owner of San Francisco’s Song Tea and Ceramics, travels China and Taiwan annually to assemble one of the most singular, spectacular (and expensive) selections of tea sold in America. The Song Collection gift box offers sample packets for each of Luong’s 29 teas. It’s a great way to try some rare finds and to experience how extreme the differences in tea styles can be. (For a more affordable option, the shop's Classic Collection includes larger, single-ounce portions of four dissimilar but equally superb teas: one each of a white, green, oolong, and black tea.)
Song Tea & Ceramics // $150

Teas for Every Season 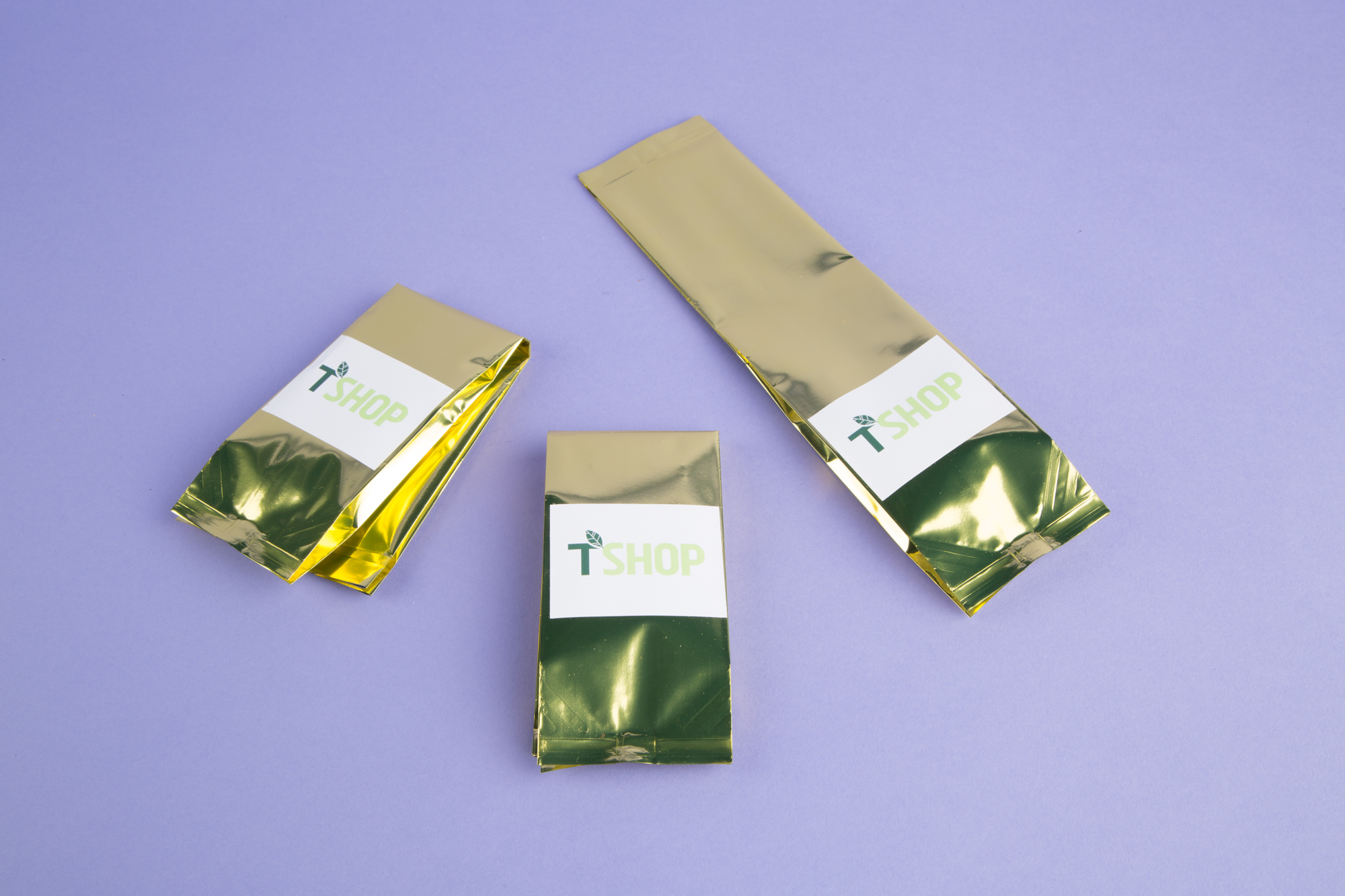 Theresa Wong, who runs Manhattan’s hidden, calming T Shop in Nolita, specializes in exceptionally vibrant Taiwanese teas. Her tea club gives subscribers access to some of her most delicious discoveries, with an emphasis on elegant oolongs (some taste peachy; others creamy and floral). She sends out three to five teas, totaling three ounces, per season. An ideal gift for the budding tea connoisseur.
T Shop // $60 for one season; $220 for four seasons

Is there a worse person (to buy gifts for) than the coffee dork? Almost certainly not. But these gifts will make you look like you care a great deal how much they like coffee, even if if you really don’t, because why should you? —Matt Buchanan 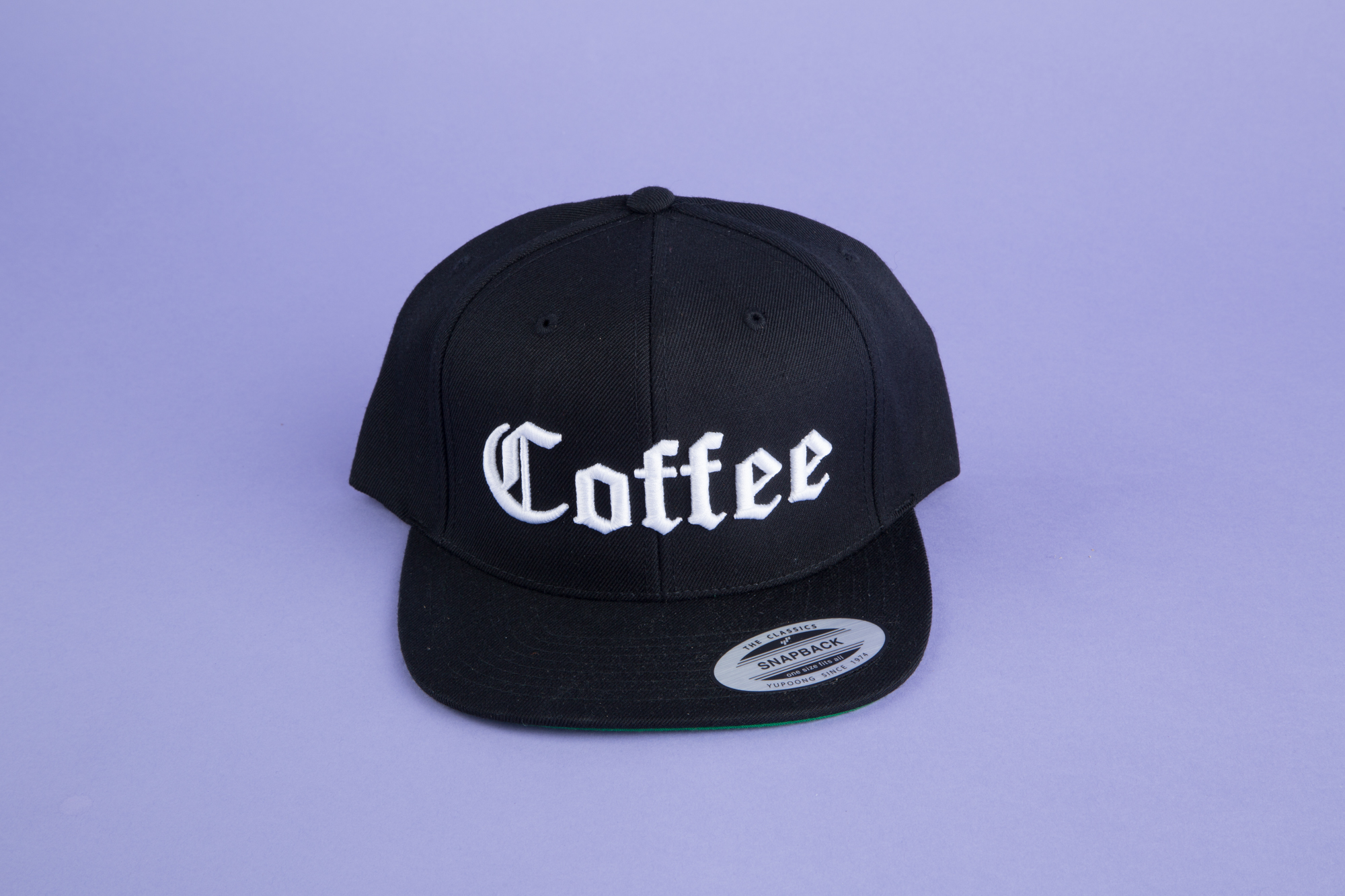 Let the beanboi in your life tell everybody just how much they love coffee without saying a word. If they claim that they don’t want to wear this hat, just ask them about which pourover method is best, then superglue it to the top of their head while they're explaining the importance of flow rates. (If it's listed as out of stock, just sit tight, more are en route.)

A Manual for Life 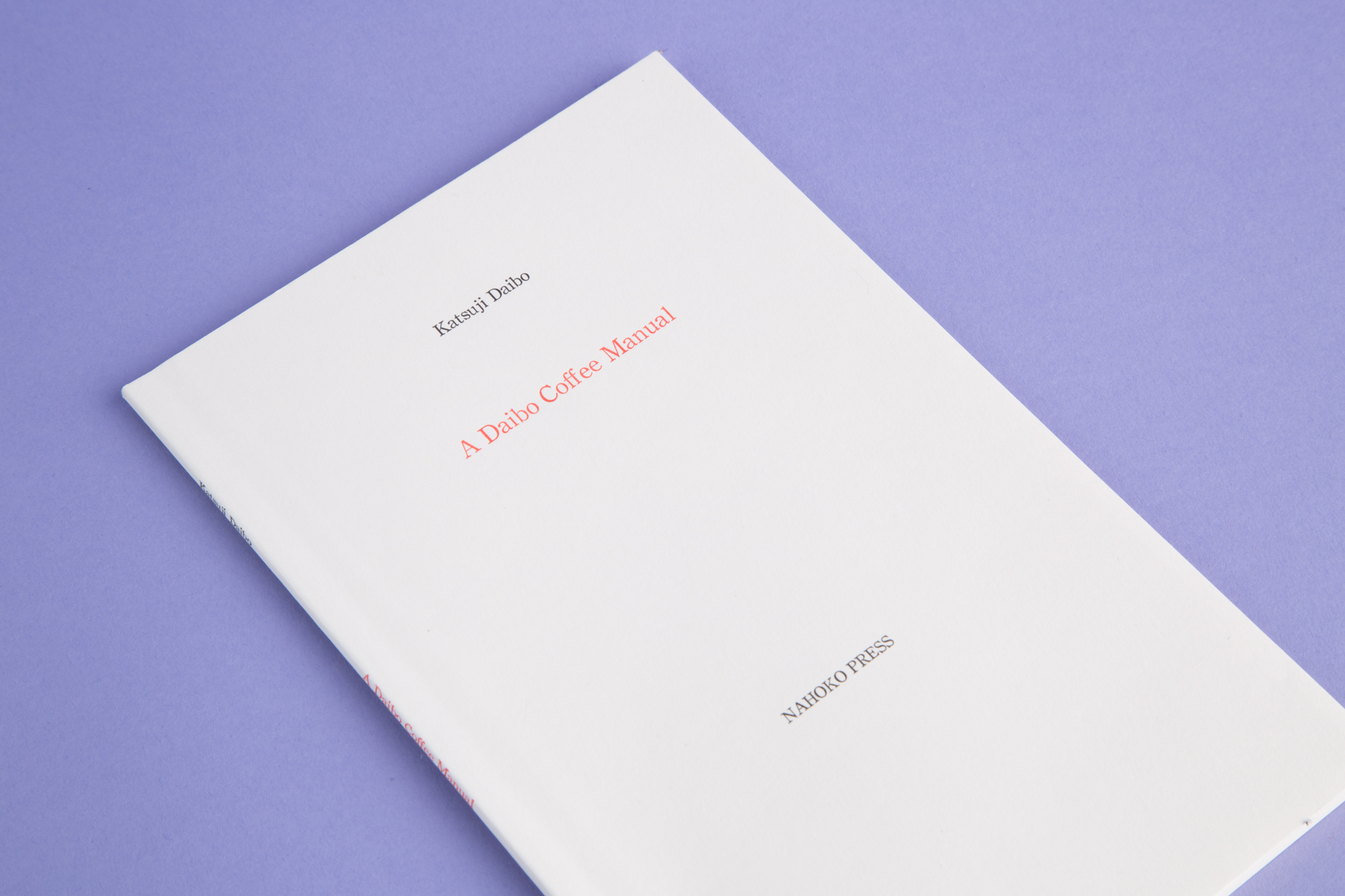 Daibo Coffee closed at the end of 2013, after 38 years in Tokyo’s Omotesando district, so you’ll never get to go there. But the shop’s owner, Katsuji Daibo, has distilled the essence of his singular approach to coffee with this slim, 32-page volume, which manages to check off every box on the "old Japanese artisan with idiosyncratic but matter-of-fact oppressively perfectionist personal philosophy who has developed a cult following" bingo board that Americans love so much.
Nahoko Press // ~$22 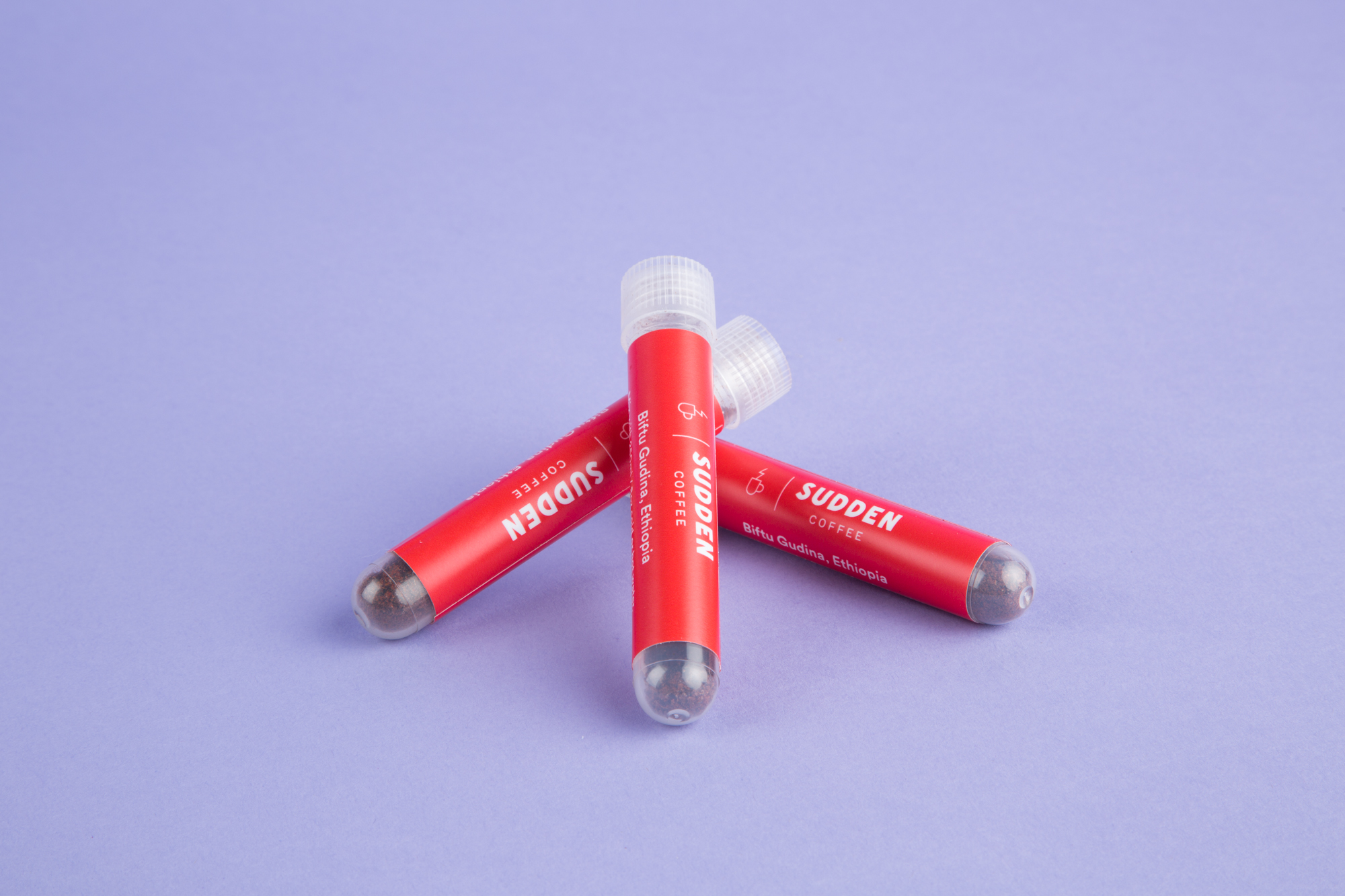 It is perhaps unsurprising that instant coffee is gross and terrible, because it is made with gross and terrible beans. But one of the co-founders of Sudden Coffee, Kalle Freese, wondered what would happen if someone made it with legitimately good coffee from progressive roasters like Four Barrel — an instant coffee that is neither gross nor terrible, it turns out. The price is a little steep, at around $4 a cup, but when you’re resorting to instant coffee, you’re already a little desperate, no?
Sudden Coffee // $32 for 8 tubes

The Escalade of Grinders 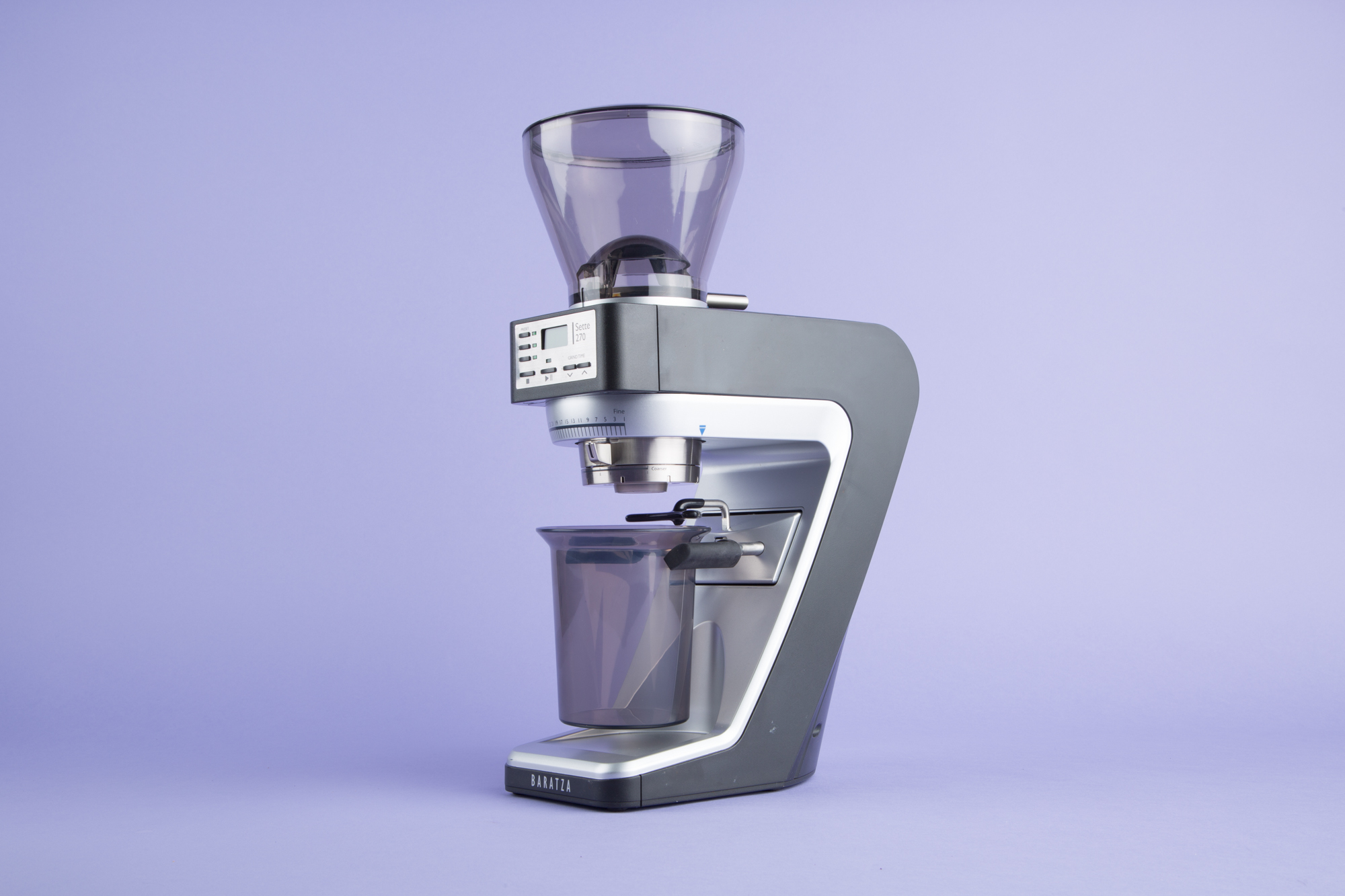 Baratza’s grinders are universally acclaimed as the only choice for serious coffee drinkers at home. Its latest, the Sette 270, is its most well-designed yet, with a stark profile and a wholly re-engineered grinding mechanism that eliminates clumping and radically simplifies cleaning. In our testing, particle sizes were remarkably consistent — though it grinds on the finer side, so maybe don’t buy this for a French press user. (Better yet, convince them to ditch the French press for the next item on the list.)
Prima Coffee // $380 (limited quantities, ships in December)

A Coffee Brewer That You Won’t Want to Hide 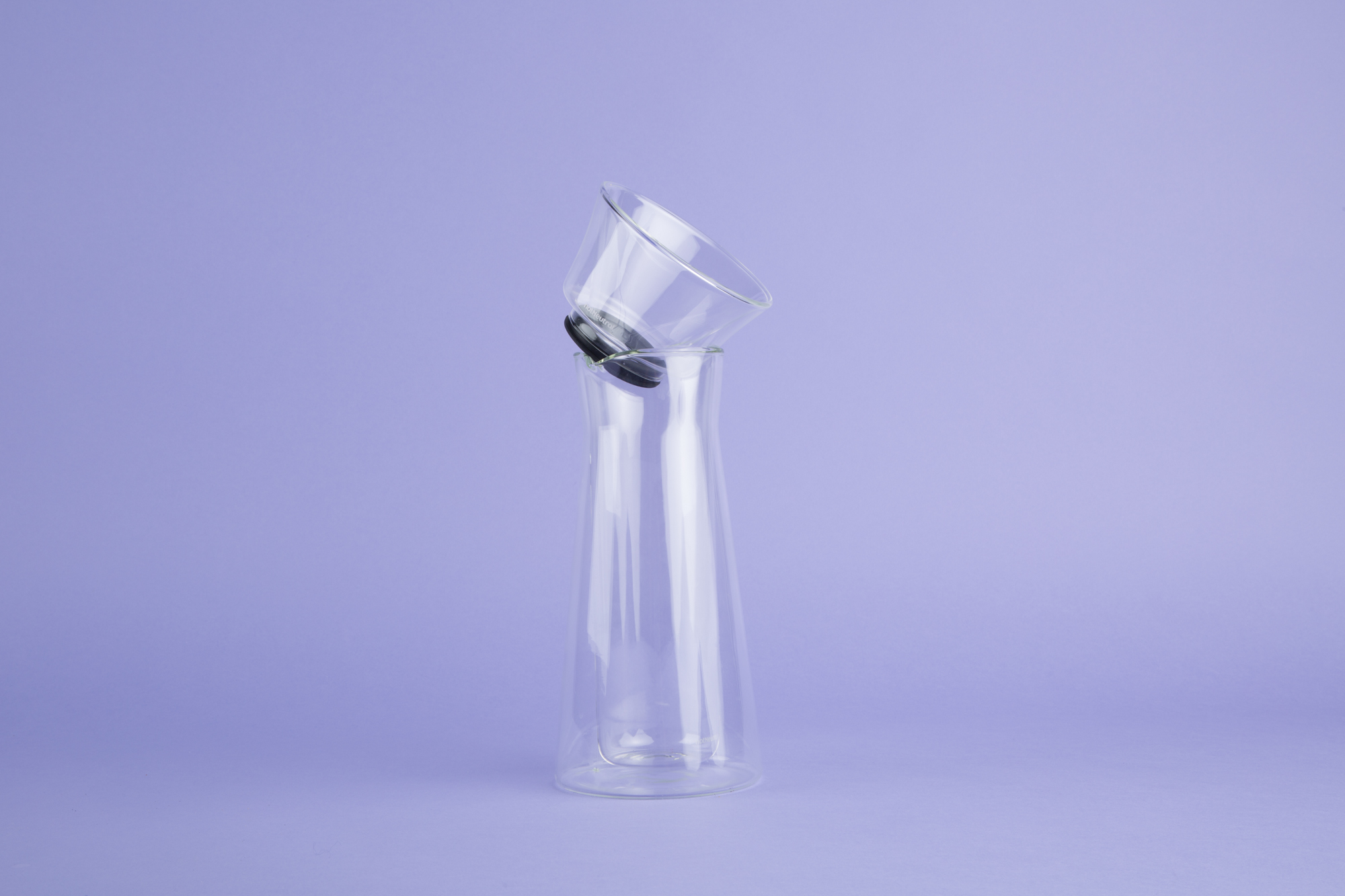 There are approximately 6,278 different devices for making pourover coffee. None of them look as refined as Notneutral’s Gino set, which is a single, stunning column of glass. The dripper uses a flat-bottom wave-style filter like the Kalita Wave, so it’s also a little more forgiving than most other pourover gear. One suspects the thin, delicate glass is less so if it's dropped, however.
Notneutral // $70 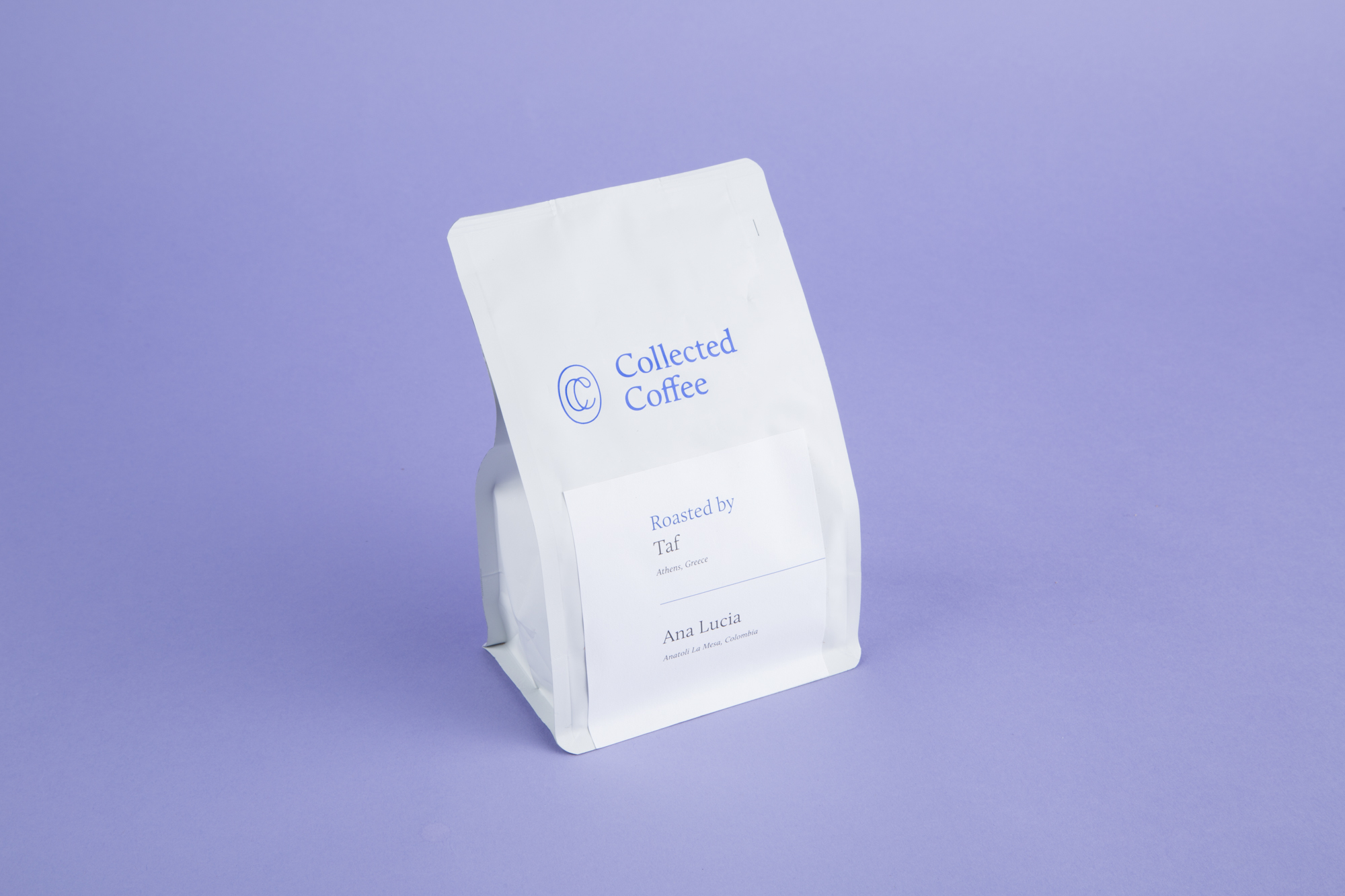 If you don’t live in a big city, reliably acquiring good coffee is annoying; even if you do, your choices might be limited. While a boom in coffee subscription services has vastly expanded everyone’s options, not all subscriptions are created equally. One of the most interesting of late is Collected Coffee, which selects one coffee a month from exceptional roasters around the world; so far, its curatorial instincts have been superb, with strikingly unique coffees from month to month. (If you’re looking for a domestic option though, you’d be hard-pressed to find a more charming new roaster than Cat and Cloud.) 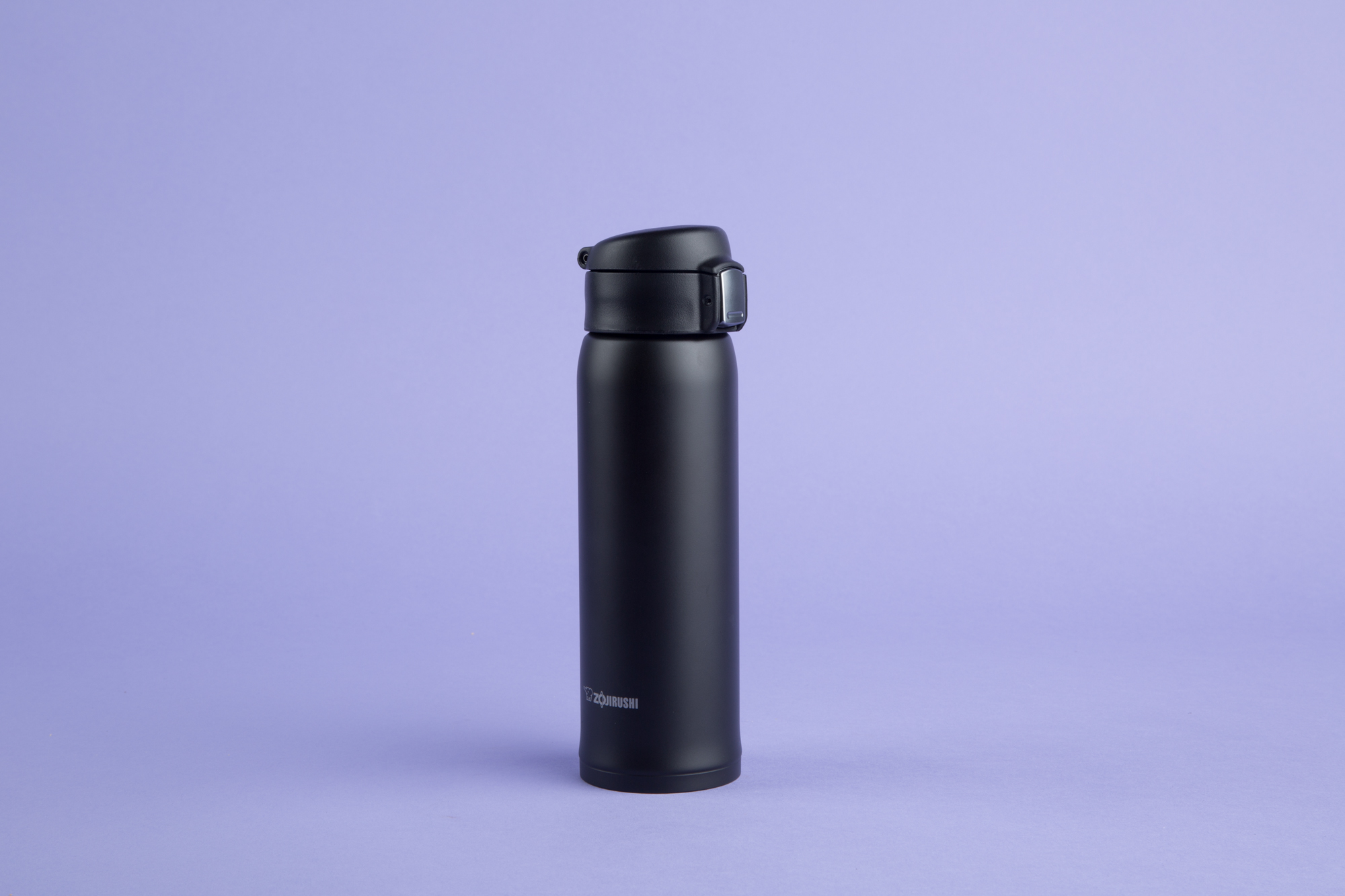 There’s nothing worse than managing to correctly brew a cup of coffee or tea and not being able to take it with you, or having it get cold before its time. The Zojirushi Stainless Mug solves both of those problems. Its unnaturally light weight makes it extremely portable, while in our experience, and the Sweethome’s more rigorous testing, it keeps coffee hot for hours.

Local Gift Guides: Where to Buy Presents for Food Obsessives