A Year of Great-Looking Food

Share All sharing options for: A Year of Great-Looking Food

Good light, interesting lines, smart framing: Plenty of considerations go into making a quality photo, but god, more than anything a great food pic always comes down to spectacular food. Photography is as much of part of my job as eating and writing — my habit is to edit photos during plane rides, and the flight attendants always lean in to tell me I’m making them hungry. These are the shots from my past year of travels that make me downright ravenous.See more from Bill's time on the road in our America's Essential Restaurants package. 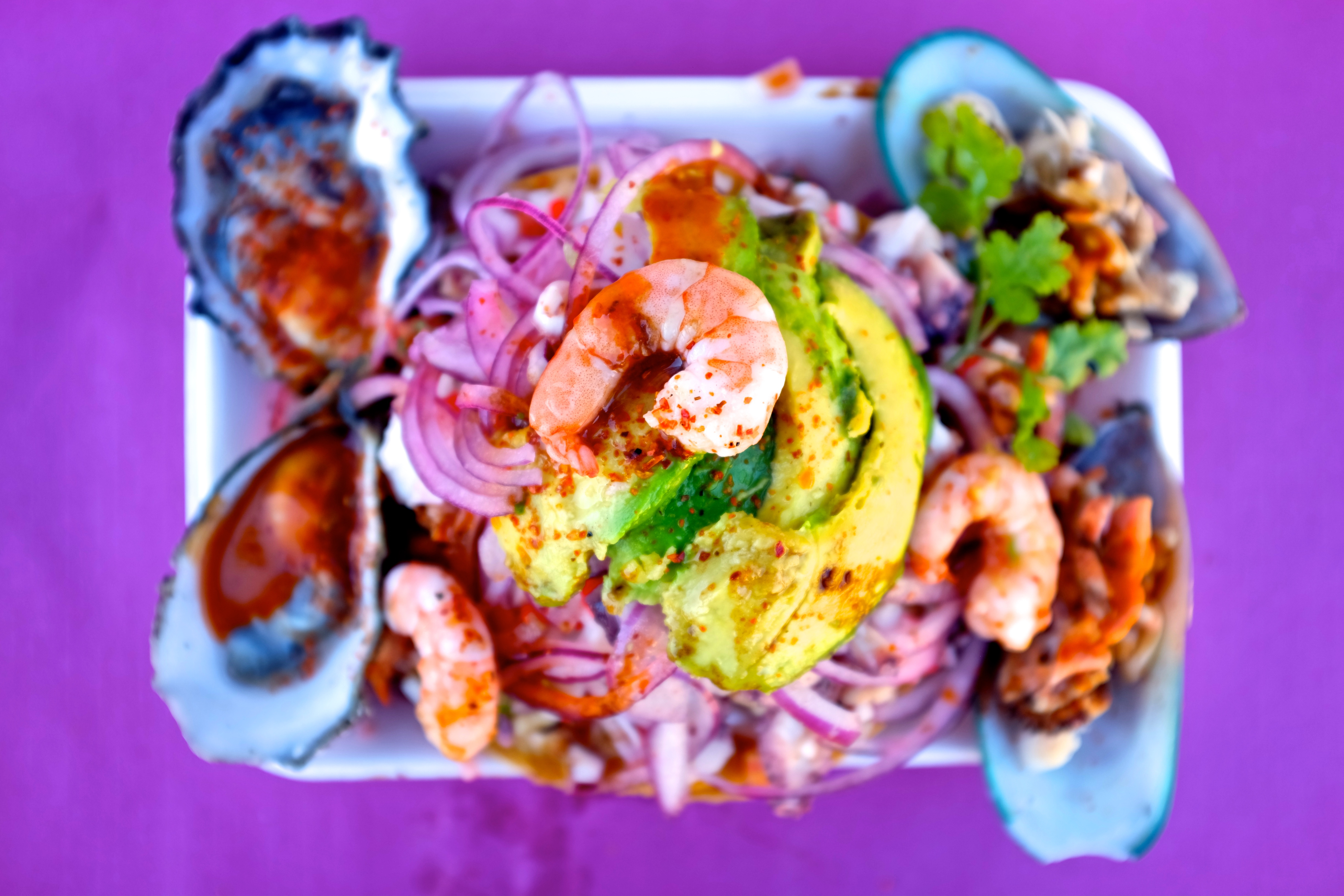 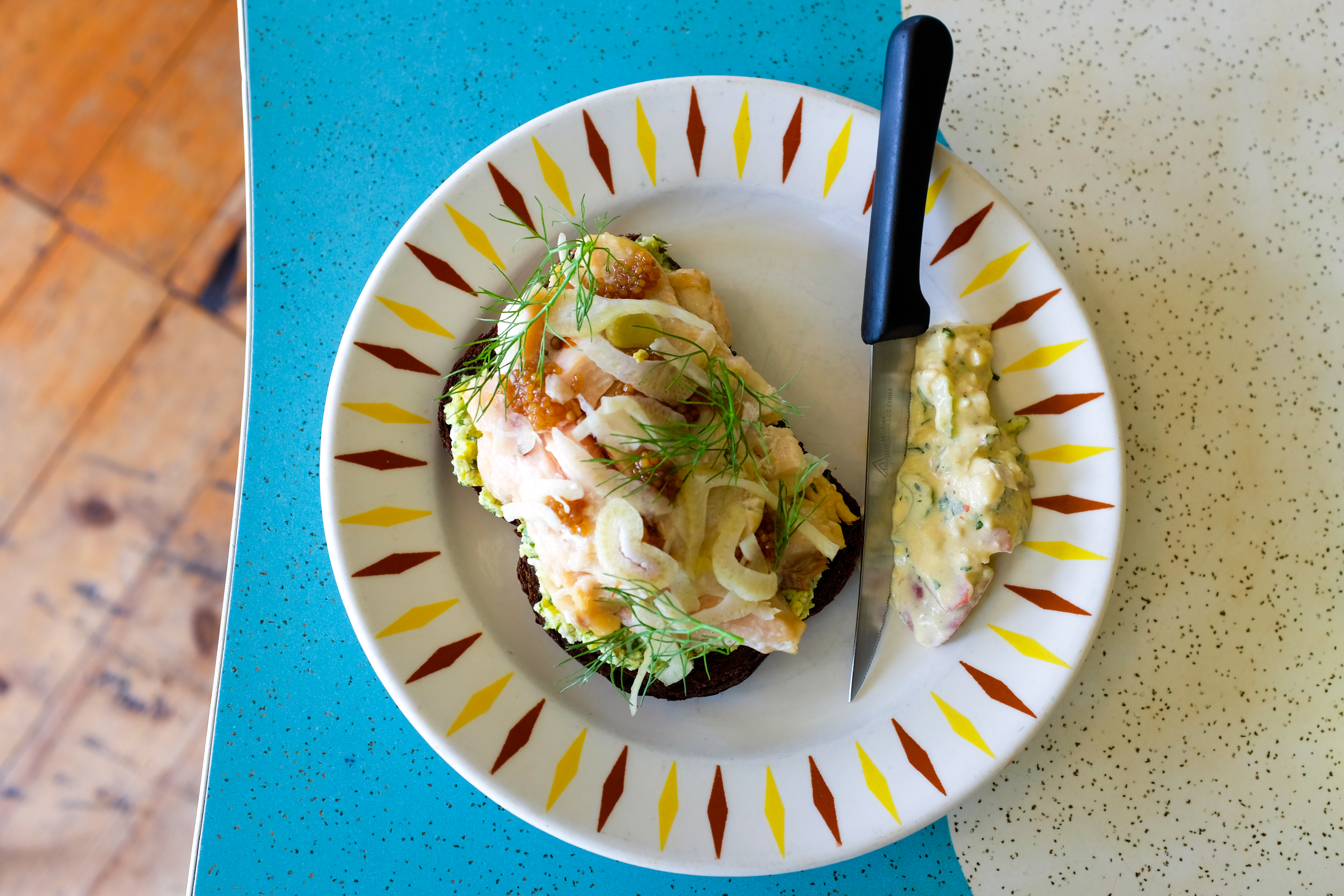 The "Everything Salmon" (smoked salmon on Danish rye with caper crème fraiche, egg, and chives) at Happy Gillis — the first thing I ate when I arrived in Kansas City in April. happygillis.com 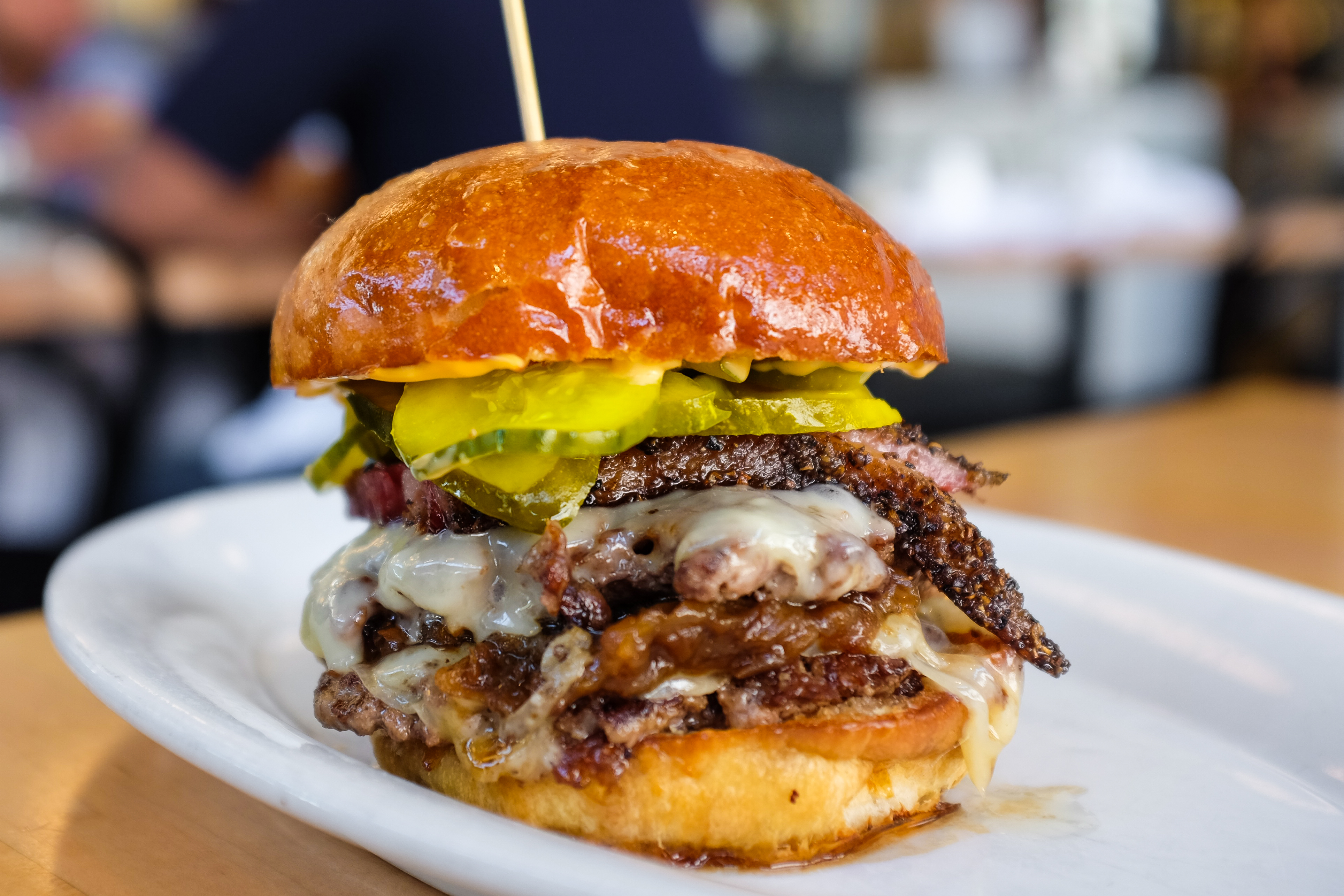 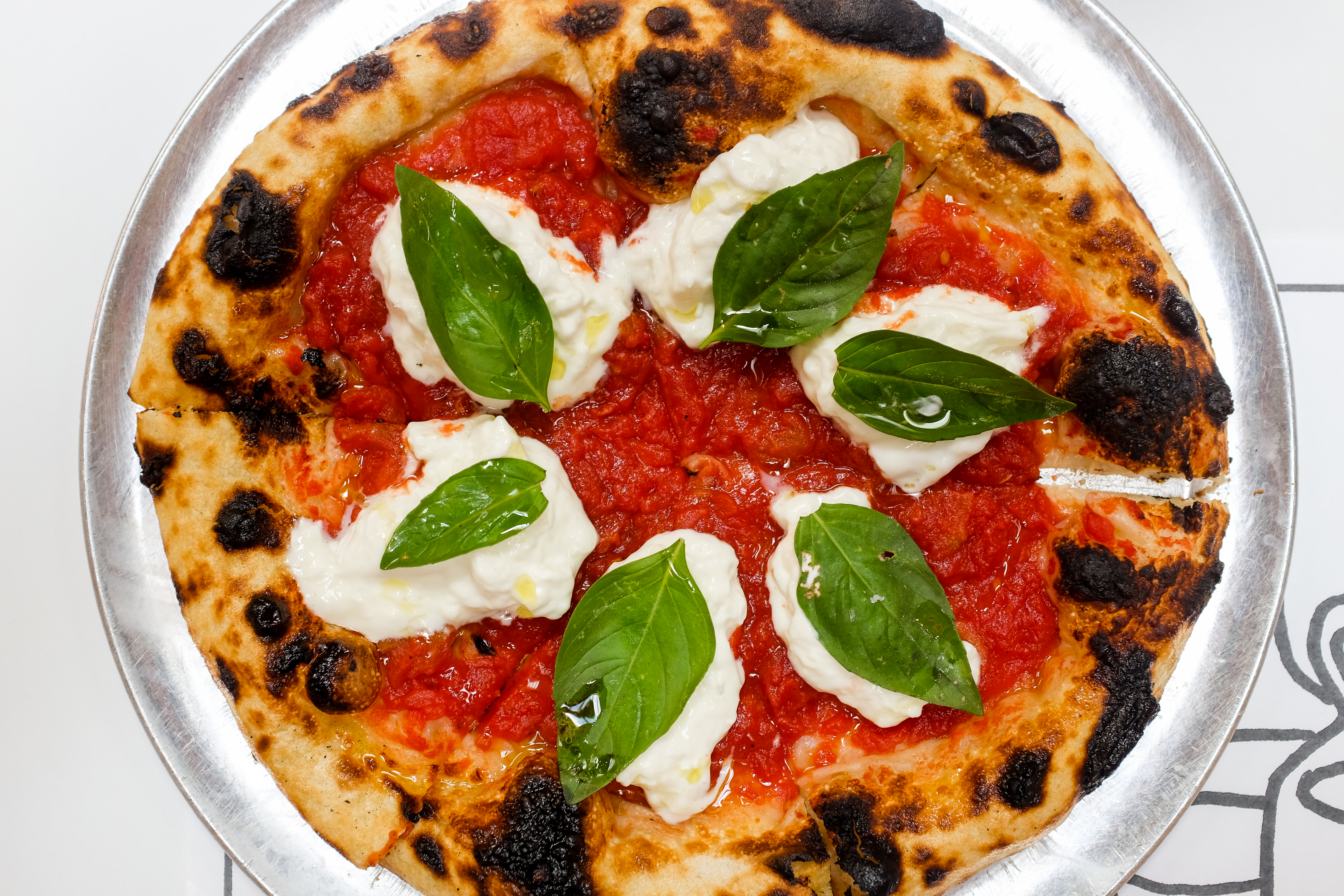 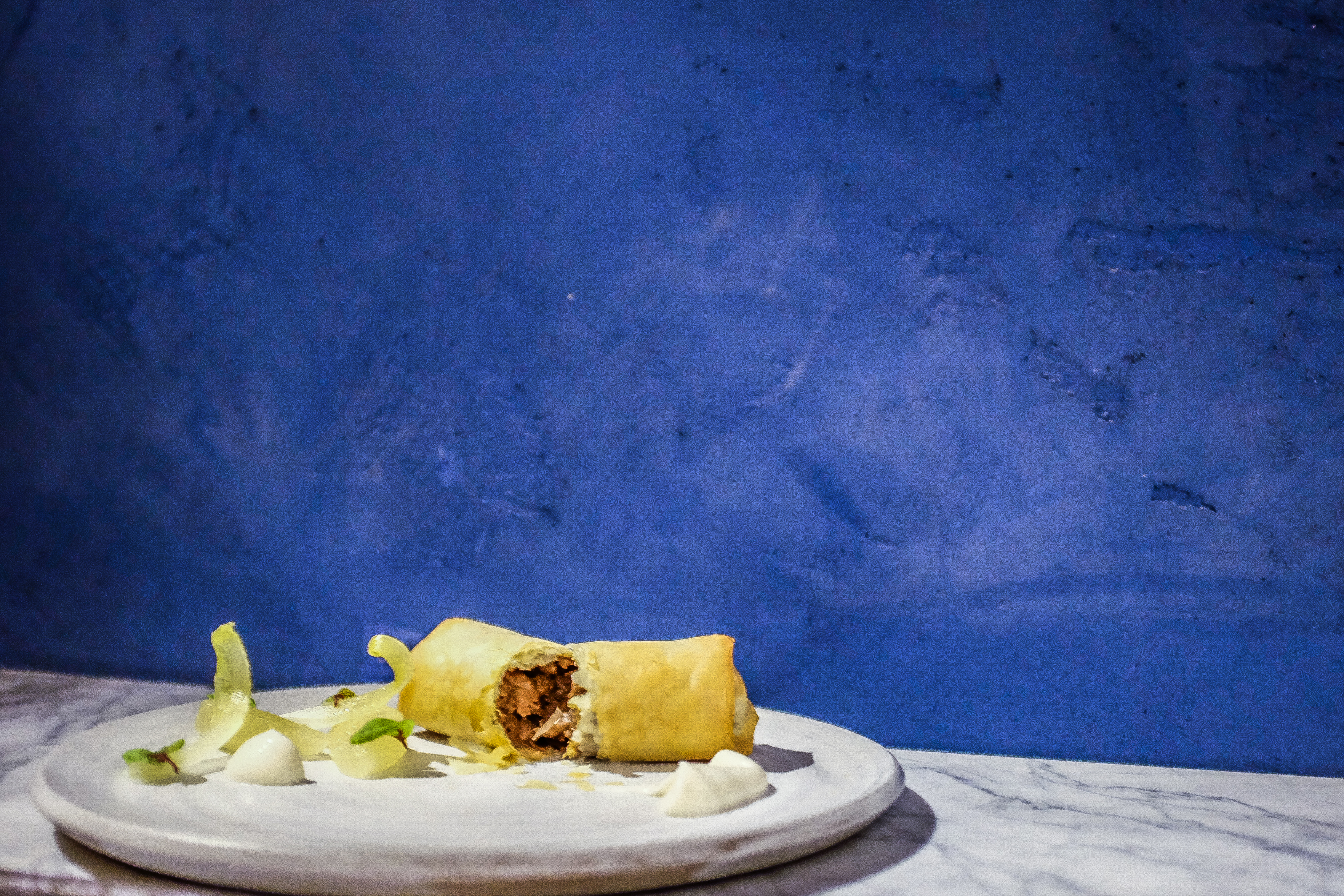 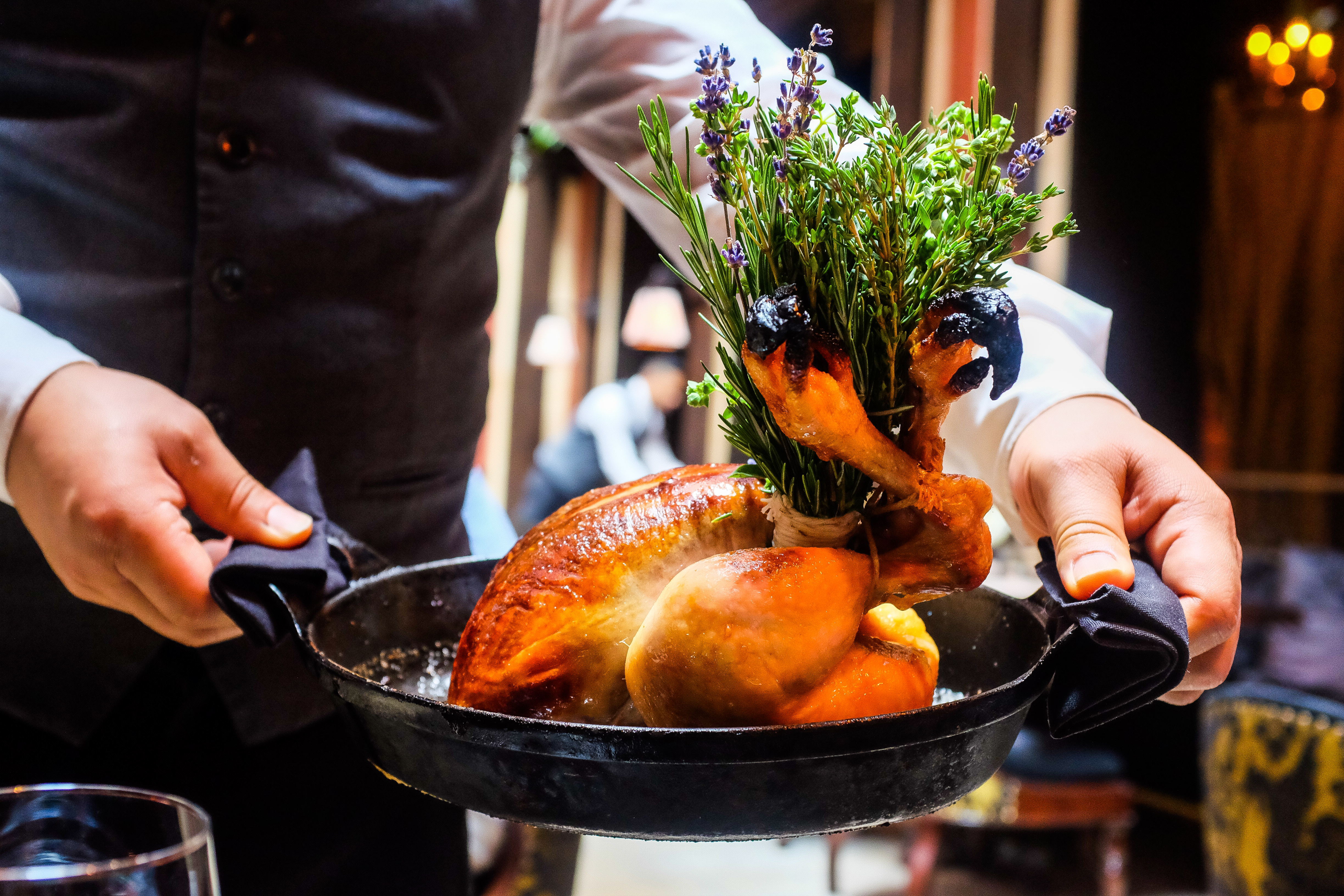 Daniel Humm’s famous roasted chicken for two at The NoMad in Manhattan, scented with truffles, enriched with foie gras, displayed tableside, and then whisked away to be made into separate presentations for the white and dark meat. thenomadhotel.com 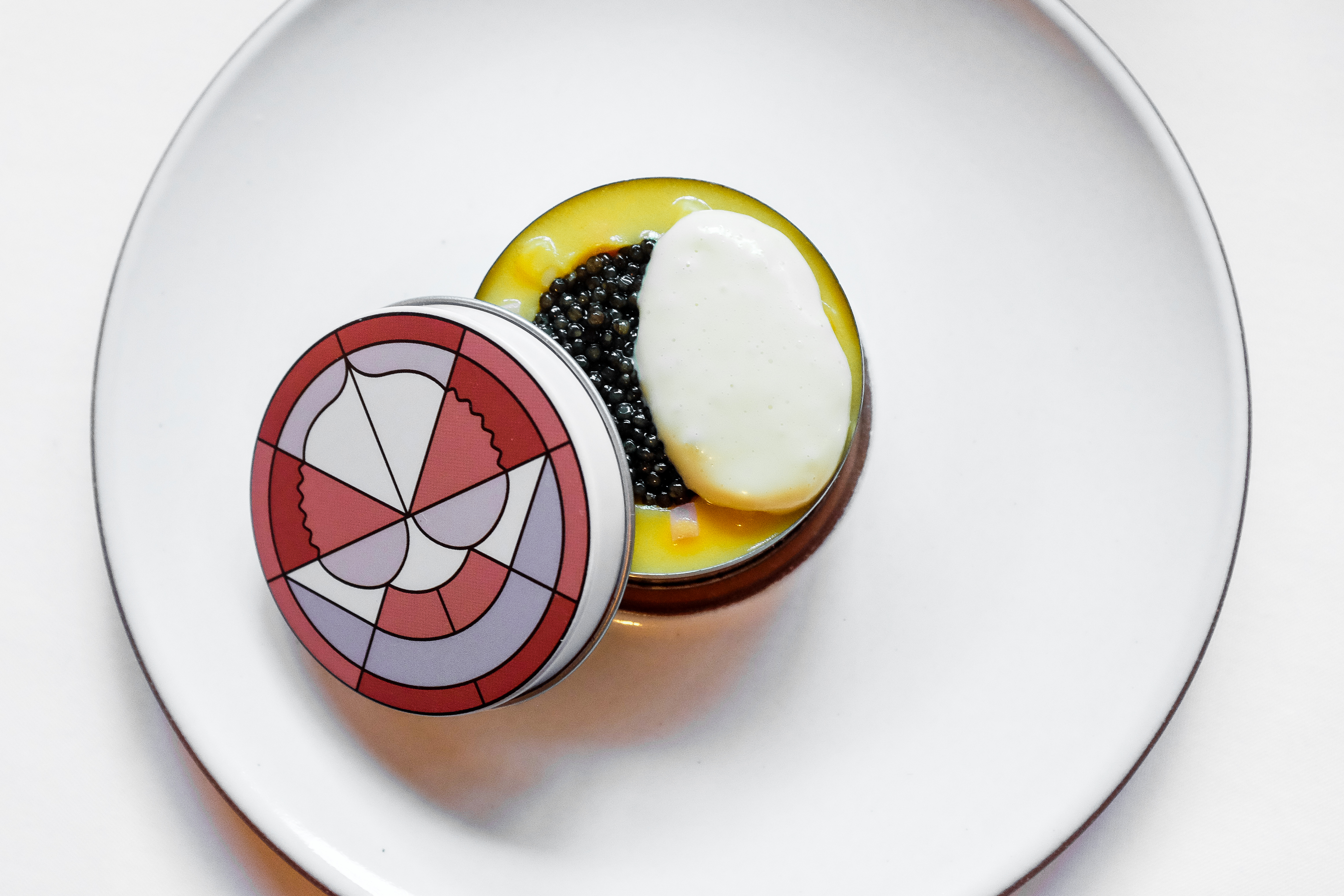 Later in the year, at Humm’s home base, Eleven Madison Park: caviar in a tin with poached quail egg, bacon gelee, bits of ham, and corn puree. elevenmadisonpark.com 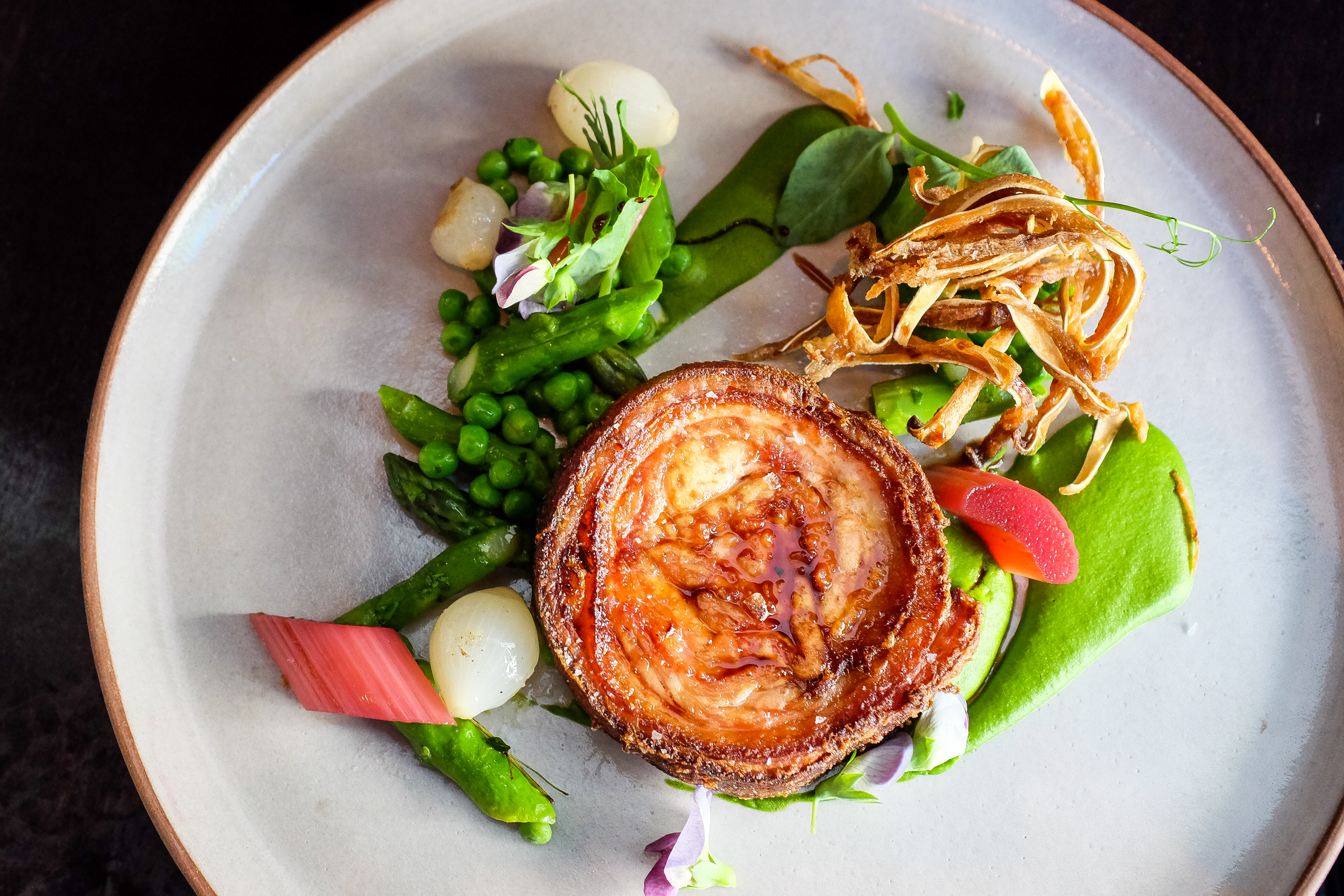 Porchetta in springtime motif at SPQR in San Francisco. spqrsf.com 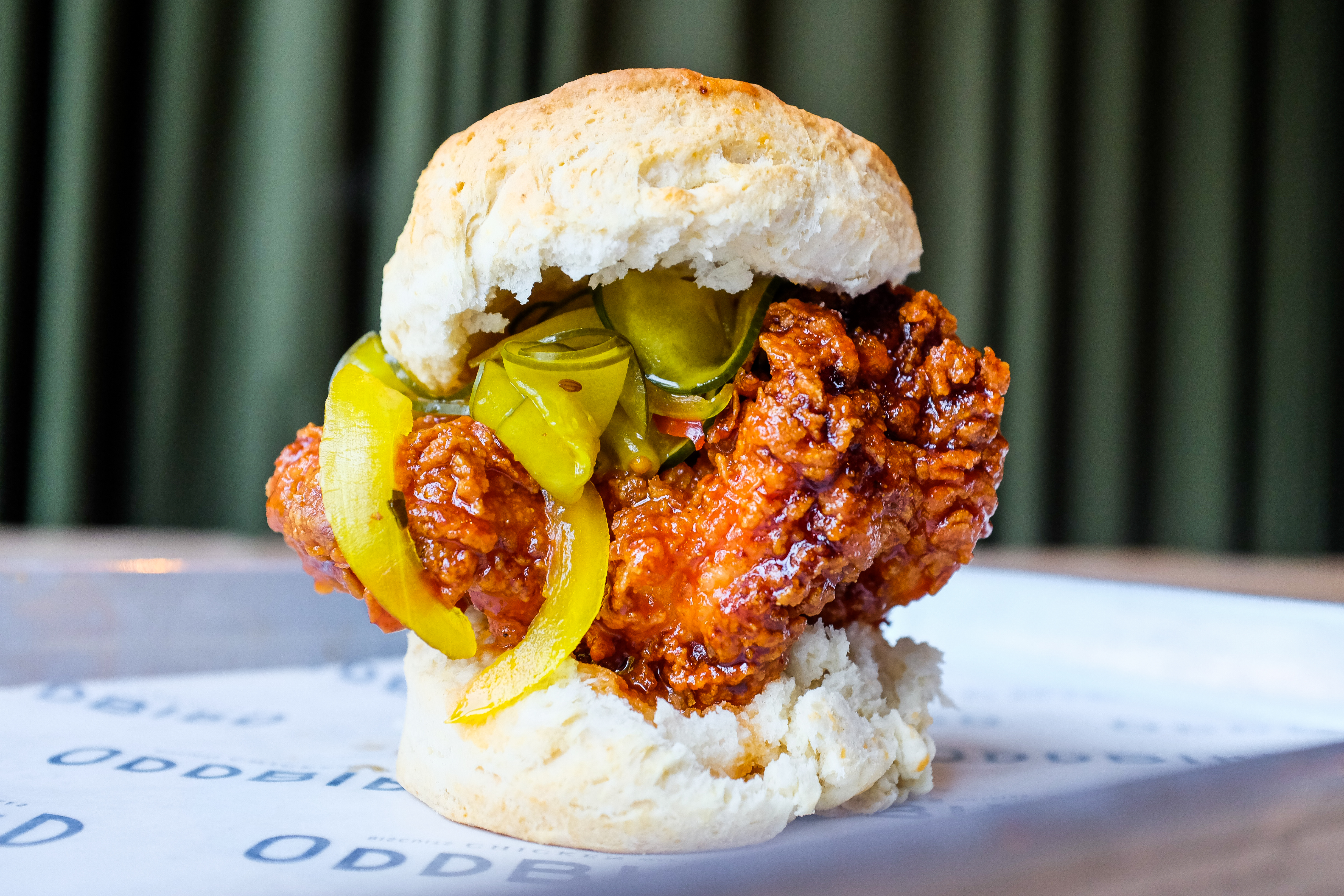 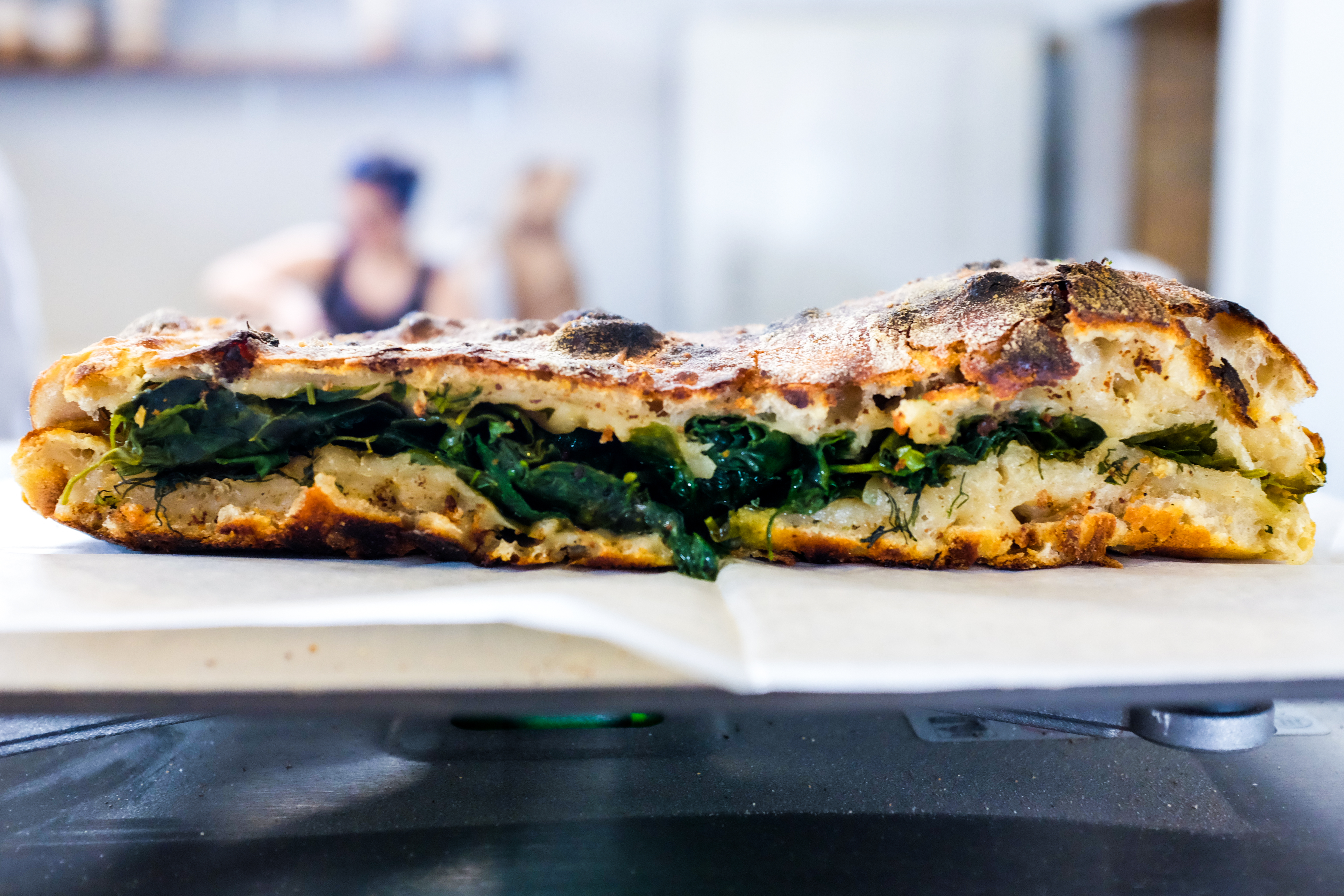 Stuffed pizza with peperoncino, dill, and lamb’s quarters made by Rick Eason, a national baking star on the rise, at his Pittsburgh bakery Bread and Salt. breadandsaltbakery.com 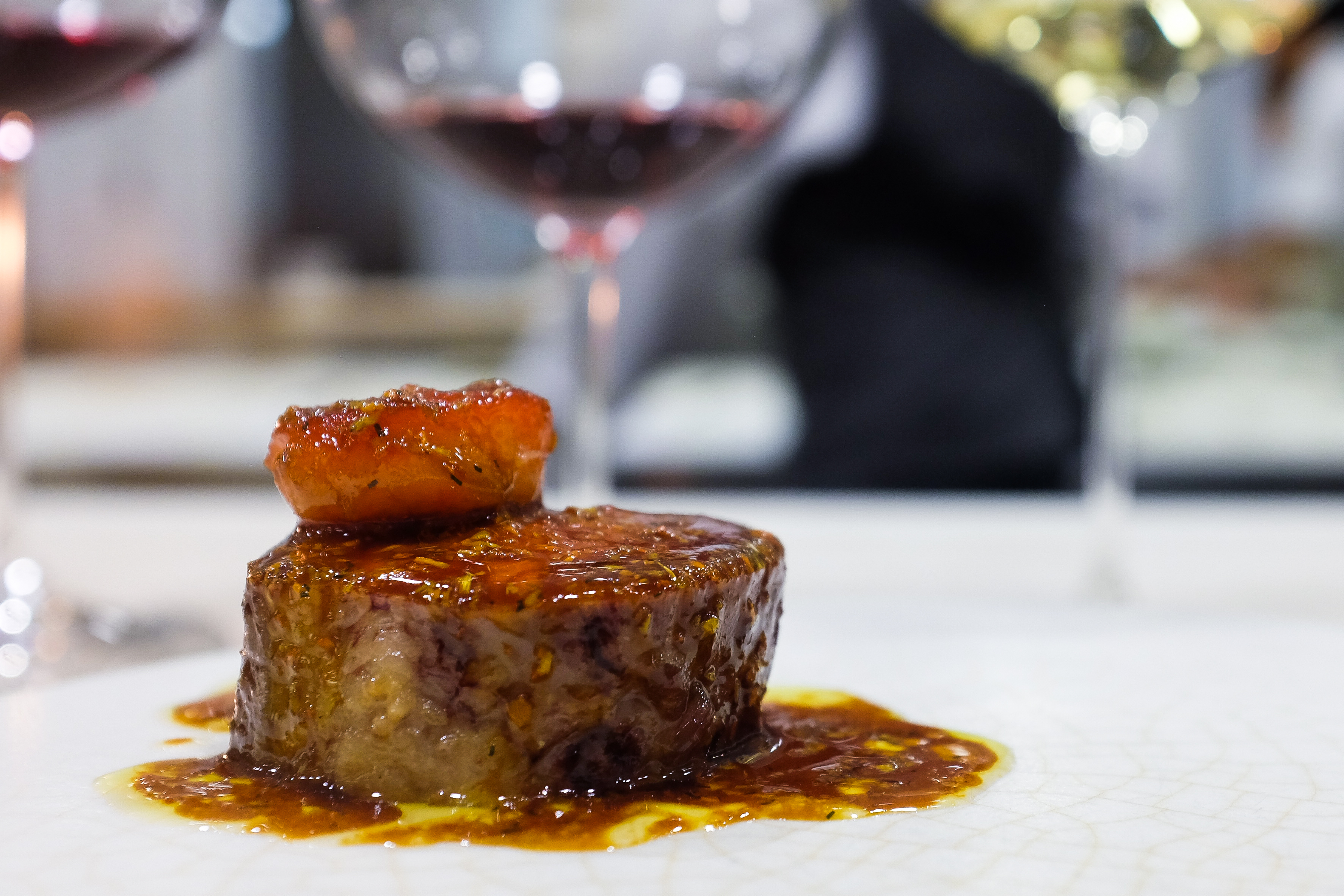 Christopher Kostow's lamb in marigold sauce with plum at St. Helena, California’s Restaurant at Meadowood, one of the most elegant things I beheld and ate this year. therestaurantatmeadowood.com 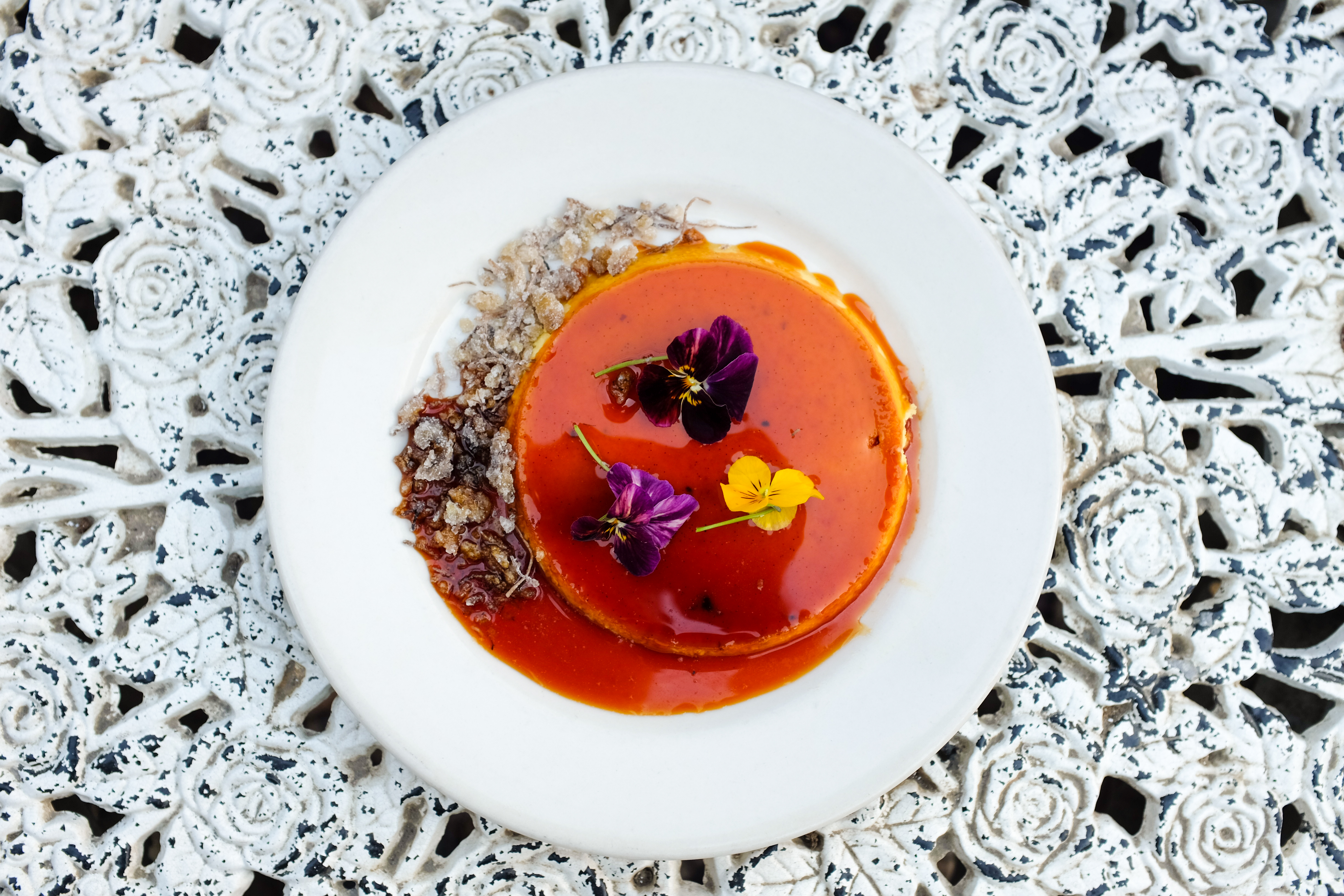 Flan with candied violets, consumed on the patio of Knife & Fork Restaurant by the train tracks in Spruce Pine, North Carolina. knifeandforknc.com 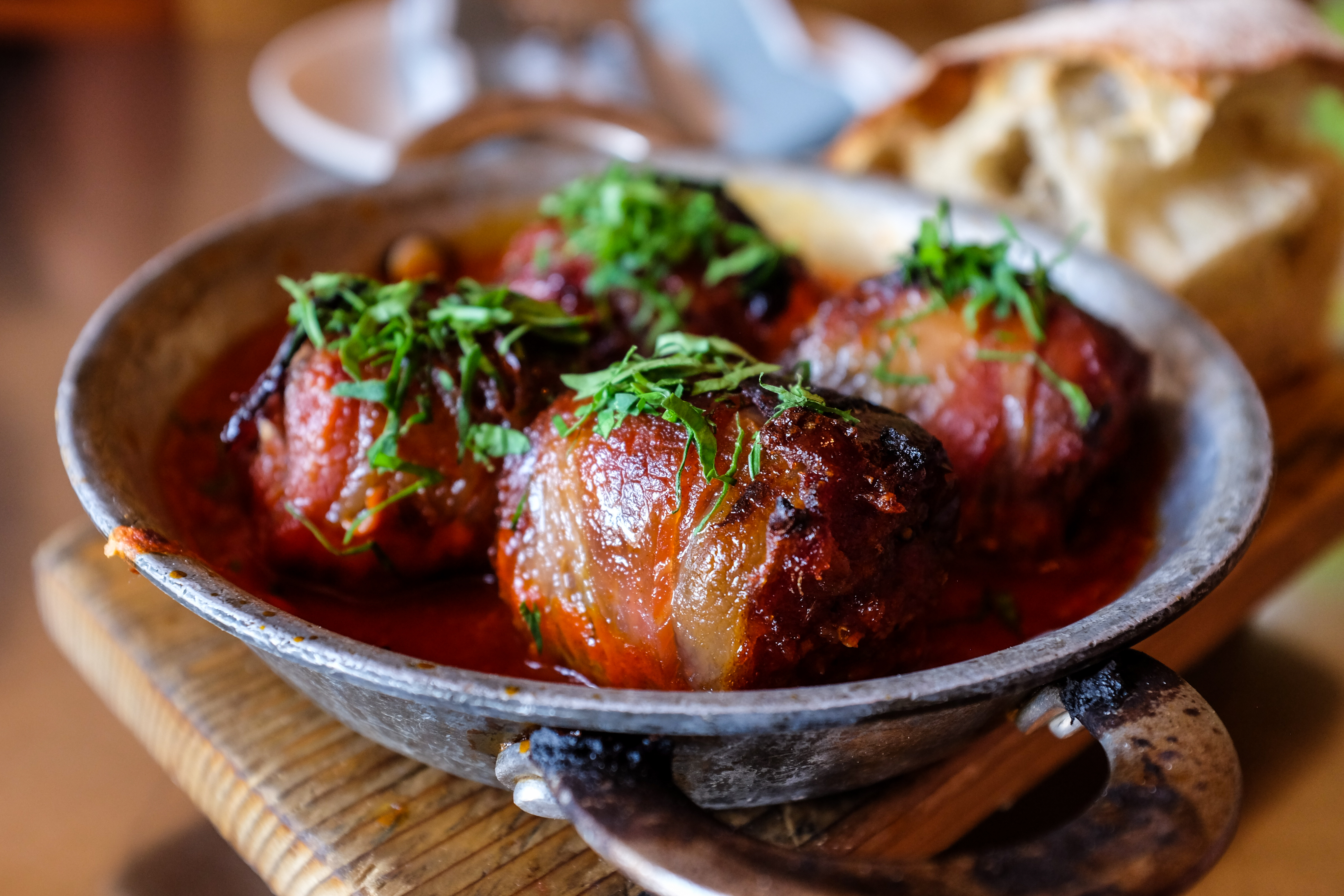 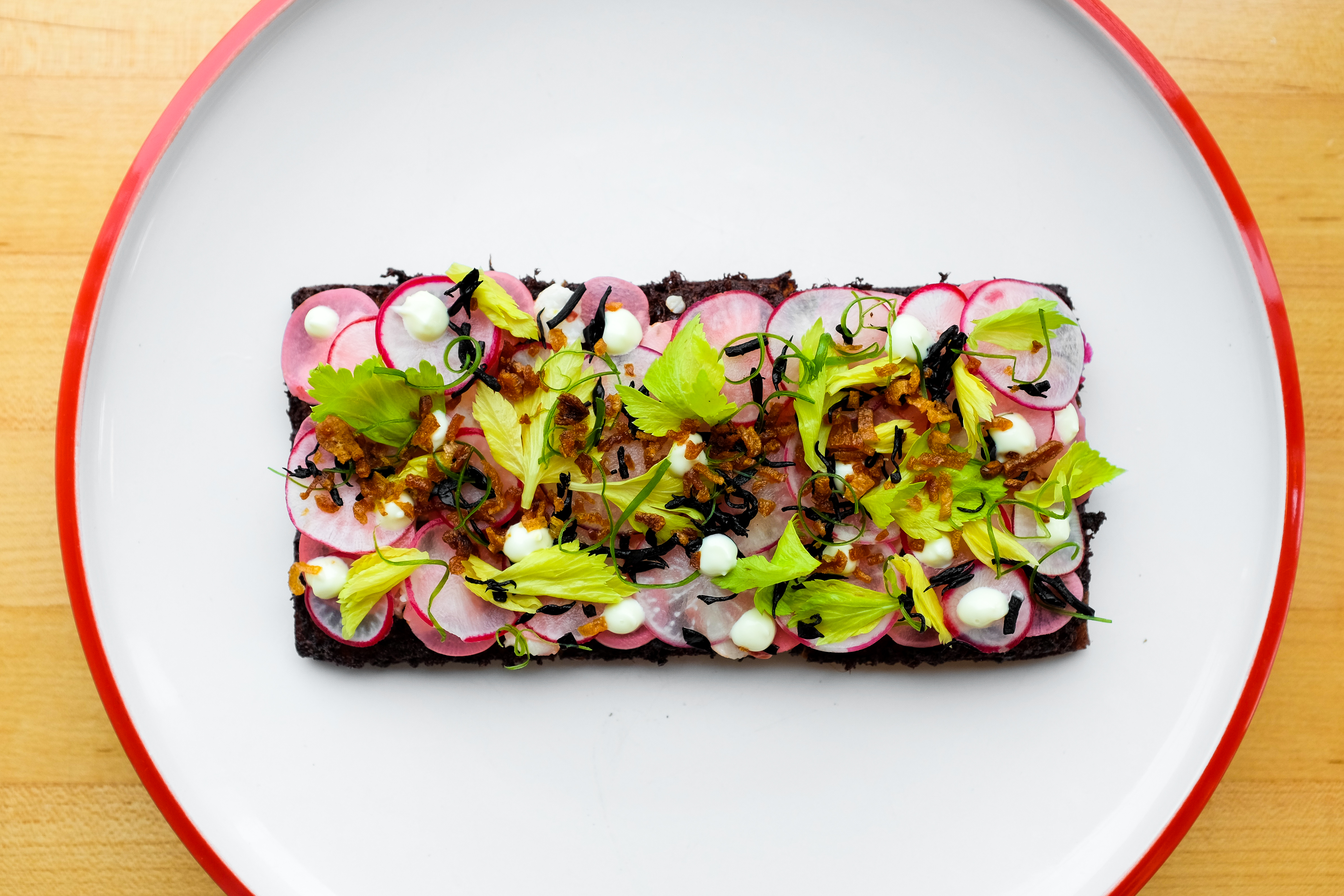 Lobster tartine with radishes, hijiki seaweed, and celery leaves at The Honey Paw, the little sister establishment to Eventide next door, in Portland, Maine. thehoneypaw.com 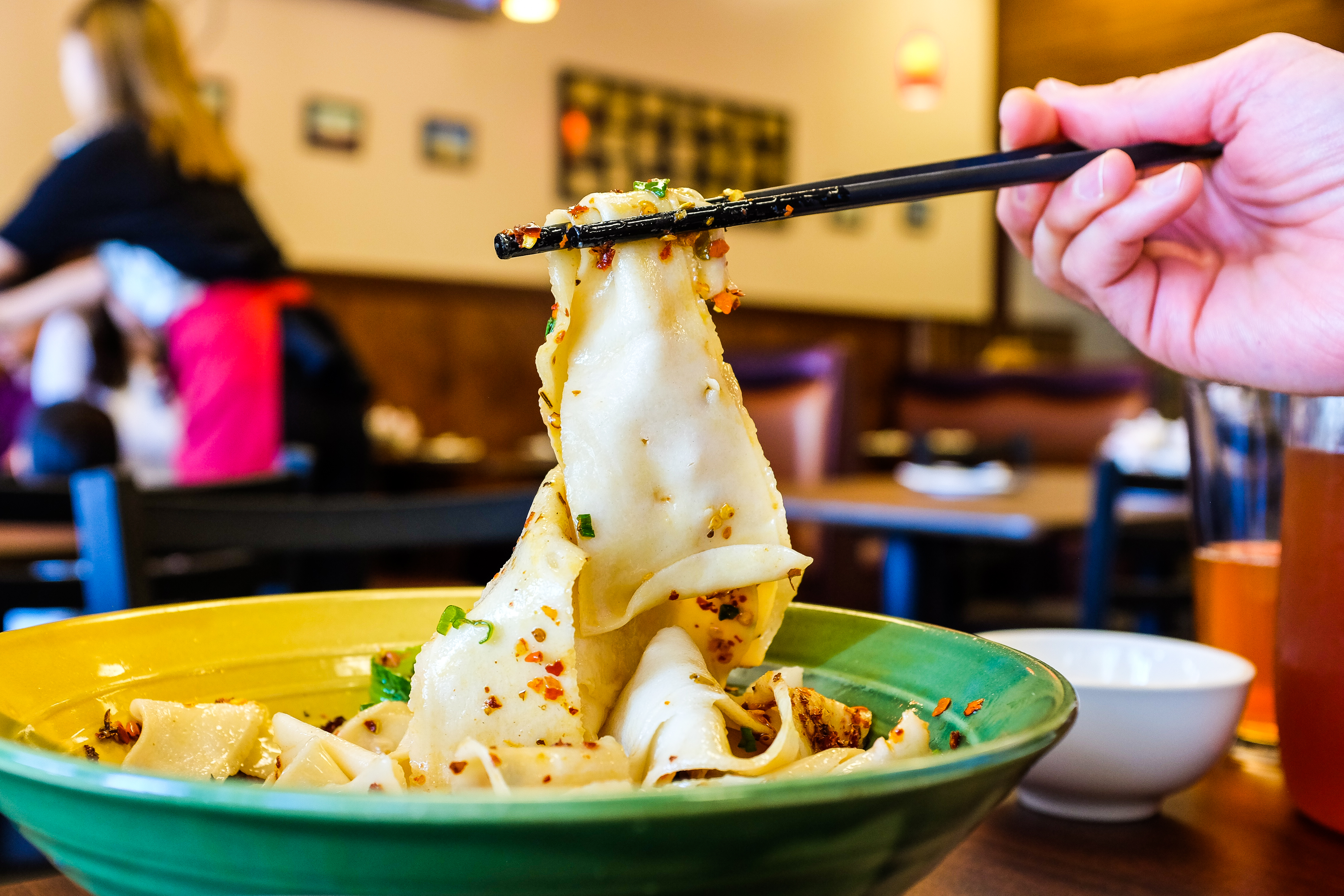 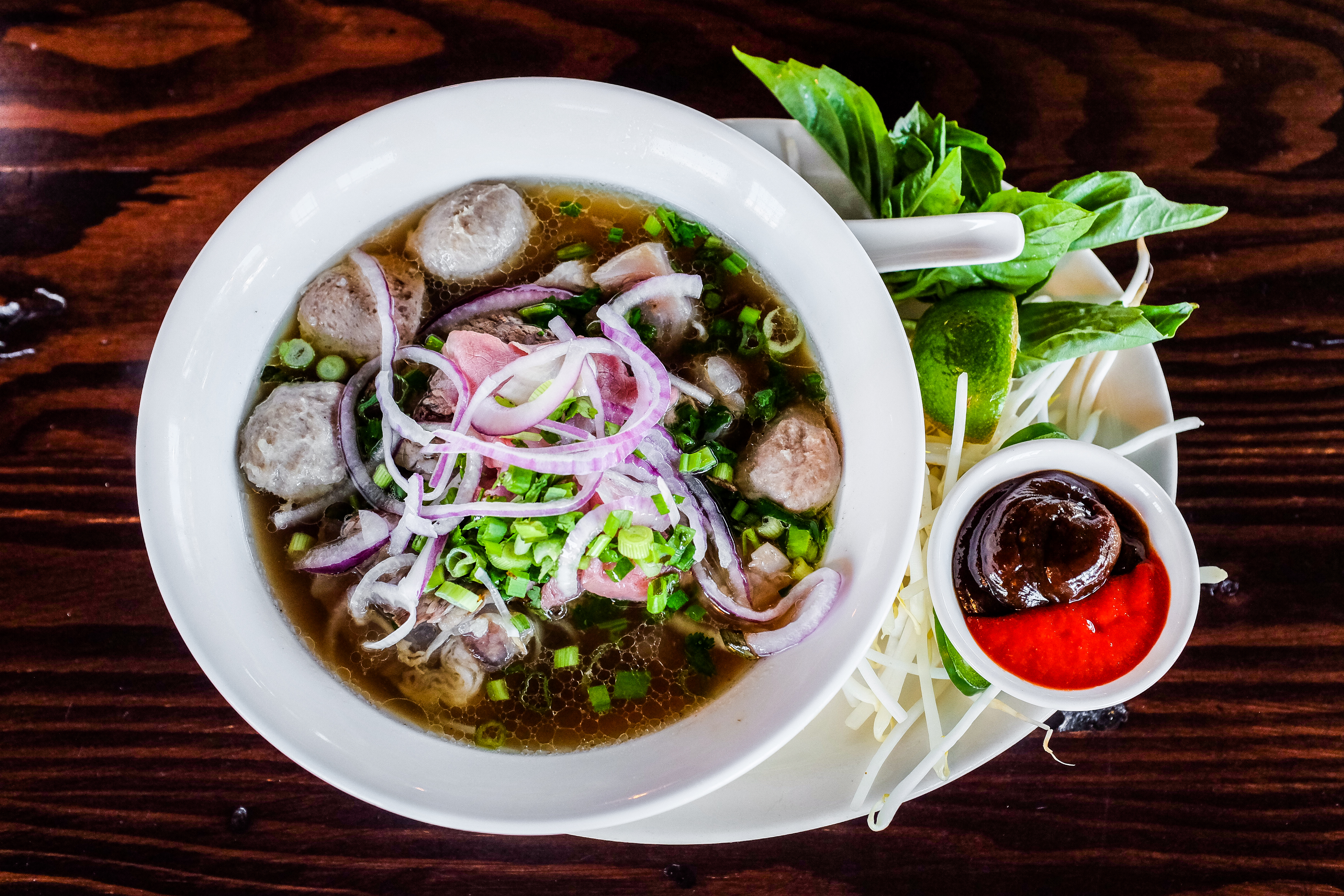 Restorative pho (amped with brisket and meatballs) at Seattle’s Ba Bar, where friends took me after a long overseas flight. babarseattle.com 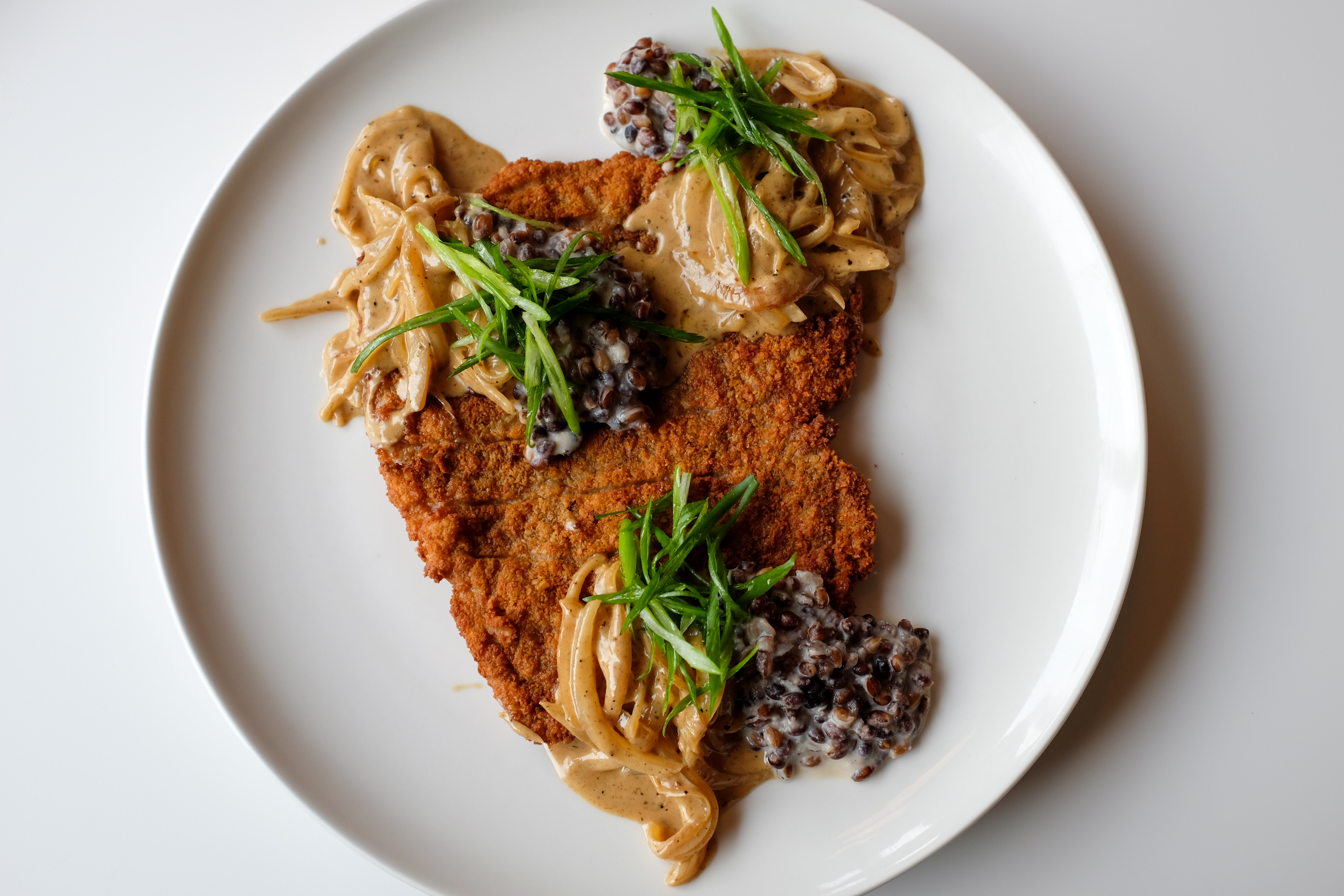 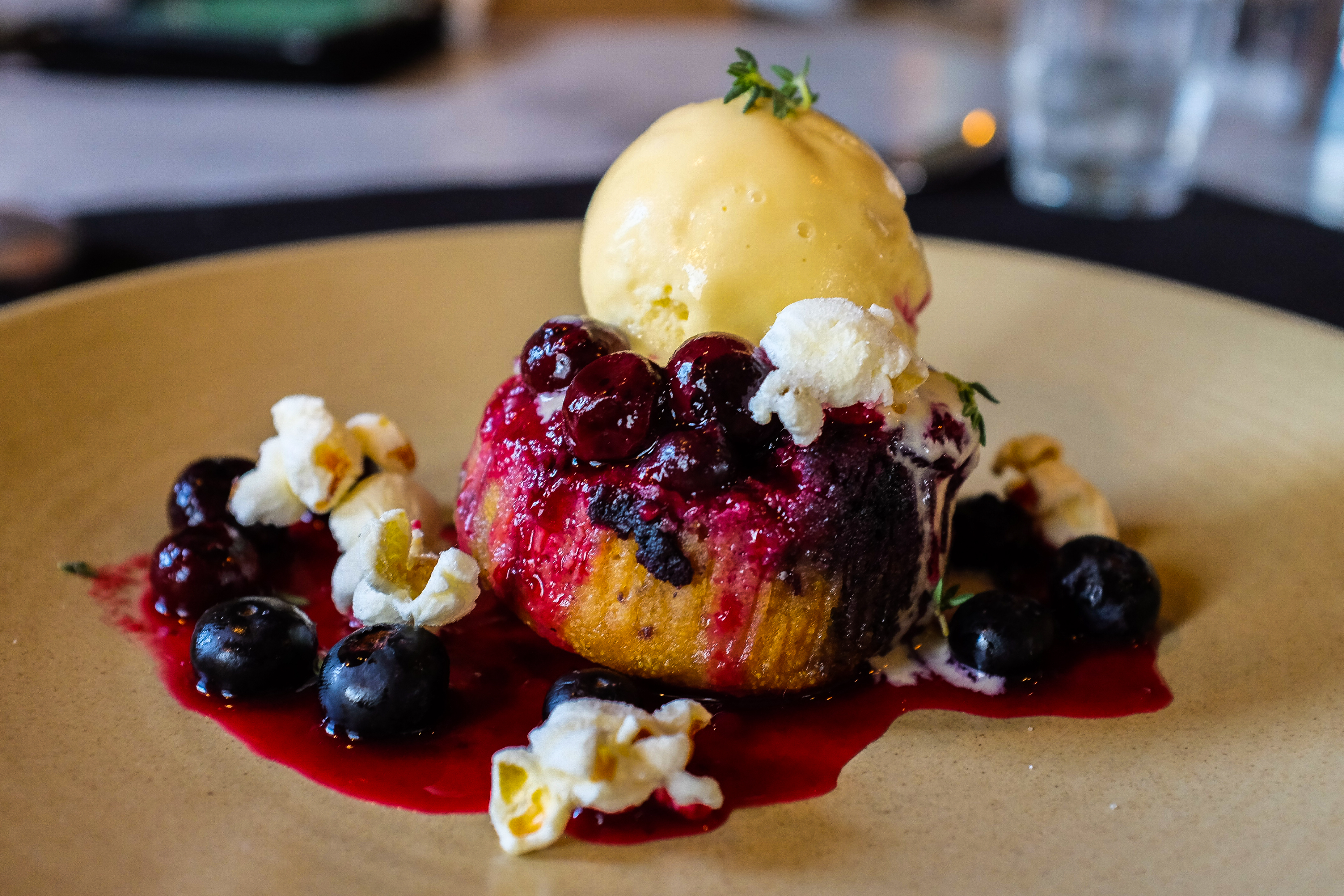