Share All sharing options for: Taco Bell to Hire 1.5 Million Young People; Of Course London Is Getting a 'Friends' Coffee Shop Pop-Up

— Starbucks recently announced an initiative to employ 100,000 jobless millennials; Taco Bell was one of the first companies to join. Now, the pseudo-Mexican chain plans to take the idea one step further and hire 1.5 million "more local youths nationwide for restaurant-level positions" through 2022. Taco Bell is launching a fundraiser to help teens stay in school and graduate from high school, too. The money from the fundraising campaign will go towards scholarships and grants "to empower today's youth."

— Friends fans, here's another opportunity for you to pretend like you're besties with Rachel, Monica, Phoebe, Joey, Ross, and Chandler if you missed the chance in New York last year. In honor of Comedy Central's new 4-year deal to broadcast Friends in the UK, the network is throwing a five day Friends-themed festival in London. FriendsFest will feature a full-scale recreation of Monica's apartment, as well as a replica of Central Perk, the show's famed coffee shop. FriendsFest will take place September 16 to September 20.

— The team behind popular New York City ice cream shop Big Gay Ice Cream is heading to Chicago to host an ice cream social with local pastry chef Mindy Segal and pie shop Bang Bang Pie & Biscuits. The event is definitely only for those with a sweet tooth: There will be Bang Bang pies a la mode, Big Gay's Gobbler Sundaes which are made with vanilla soft serve, pumped butter, and bourbon butterscotch, and Segal's cookies. The event will take place at Bang Bang Pie & Biscuits August 30.

— The cookbook from everyone's favorite animated show about a burger restaurant is now available for pre-order. The Bob's Burgers Burger Book will hit store shelves March 22, 2016 and includes 75 recipes. Plus, there will be illustrations by the show's creator Loren Bouchard. 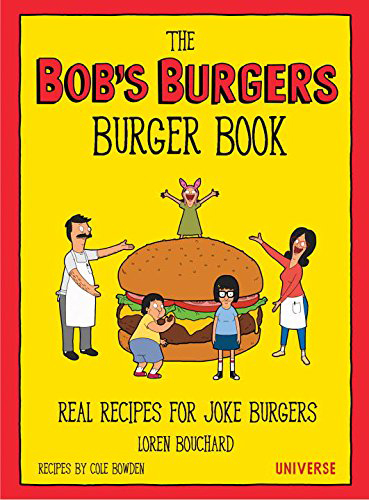 — A new watchdog report reveals that the $31,000 Starbucks tab the Department of Homeland Security racked up in 2013 on the taxpayers' dime was "supported, allowable, and reasonable." One agency that is part of the DHS did make multiple purchases from Starbucks "without documented market research" which means "cardholders are not seeking lower priced options based on personal preference." The real question that remains is which government department like Starbucks more — the DHS or the CIA?

— Australians are pining for access to beloved American burger chain Shake Shack. Media company News Corp is apparently "on a mission to get Shake Shack to Australia." The company is so determined that it had two of its publications turn out articles asking the chain to open its 30th store "on Australian soil." While Shake Shack has not announced plans for an expansion down under, the chain is slated to open its first location in Japan in 2016.

— Buddy Valastro — the star of TLC show Cake Boss and the owner of an overly branded bakery near New York City's Port Authority — is expanding his brand to Illinois. Valastro plans to open an 8,500-square-foot restaurant called Buddy V's Risorante in the city of Rosemont. Eater Chicago reports that Valastro has an outpost of the restaurant in Las Vegas and that it serves Italian red sauce staples as well as pizzas, pastas, and baked goods from his Carlo's Bakery chain. Construction will begin next year.