Paula Deen tweeted out an old photo this morning that proves she doesn't understand racism. The photos, from 2011, portray Paula Deen as a scarlet-haired Lucille Ball. Next to her is her son Bobby in brownface, meant to portray Ball's real-life and TV husband Desi Arnaz/Ricky Ricardo. Arnaz was a Cuban-born American. 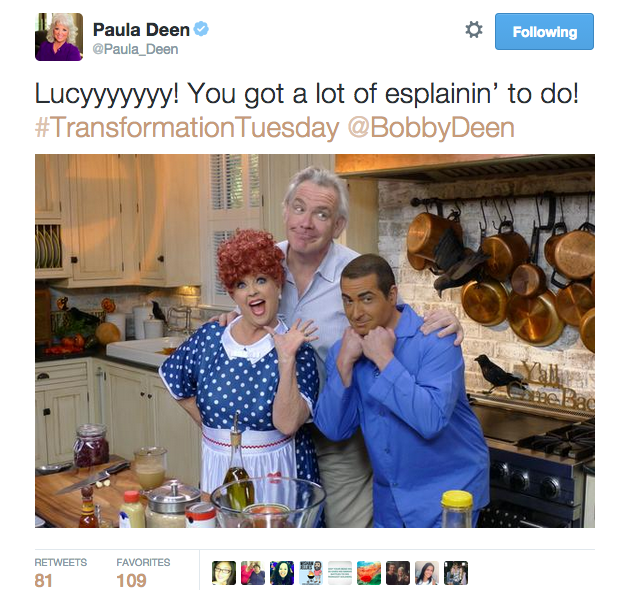 Somehow, Deen doesn't understand that brownface is never okay. It wasn't okay in 2011 and it's not okay in 2015.

Update 7/7/15; 5:34 p.m. EST: Paula Deen deleted the offensive tweet and has fired her social media manager, reports EW. Deen's camp released this statement: "Paula immediately had this picture taken down as soon as she saw the post and apologizes to all who were offended. As such, Paula Deen Ventures has terminated their relationship with this social media manager."