Hipster Darling Pabst Returns to Its Roots, Builds Brewery on Site of Original

Share All sharing options for: Hipster Darling Pabst Returns to Its Roots, Builds Brewery on Site of Original

Pabst Brewing — the maker of Pabst Blue Ribbon, the Budweiser for hipsters — is opening a new brewery in Milwaukee, Wis. According to the press release, it will be built on the site of the original Pabst brewery which opened in 1844. Pabst Brewing Company CEO Eugene Kashper notes: "The launch of this brewery in Pabst's original home represents a long-awaited return to our roots. Milwaukee is our home... which we are honored to continue by returning to our hometown and birthplace." 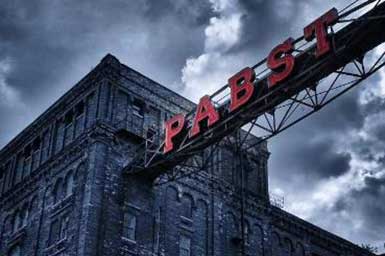 The new Milwaukee brewery will not only serve Pabst Blue Ribbon, but it will also brew many of the brand's "pre-prohibition brands" like Bock, Andecker, and Old Tankard Ale. Additionally, Pabst plans to brew "new craft beers inspired by recipes from the Pabst archive." The space will also feature a tasting room, beer garden, historic memorabilia, and a restaurant that will serve food and offer small-batch beers that are only available on-site. The new brewery is slated to open summer 2016.

It was rumored last September that Pabst had been purchased by a Russian brewing company. Oasis Beverages, for nearly $700 million for the beer company. However, it turned out that Kashper, an American citizen born in Russia  who was then Oasis' chairman, had purchased the company independently of his role at the Russian company.