Anthony Bourdain, Michael White, Andrew Zimmern, and other food folks share their memories of the writer.

by Hillary Dixler Canavan@hillarydixler May 5, 2015, 12:13pm EDT
Via All Josh Ozersky Coverage on Eater [E]

"Of all the forms of dining formed by the hand of man, the greasy spoon is my favorite. If anything, I like it too much, and use its standards — flattened hamburgers, shredded white hash browns, bright yellow toast, a friendly woman refilling my coffee — to judge far better restaurants. I have the kind of emotional attachment to these places that you might expect from someone like myself, a being half-feral and raised in a broken and corrupt place like Atlantic City. " — Josh Ozersky, An Ode to Greasy Spoons, Eater NY 2013

Still reeling from the devastating news that acclaimed food writer Josh Ozersky has passed away, Eater reached out to members of the food community to pay tribute. Everybody in this industry, it seems, has a Josh Ozersky story. He had an outsized personality, a prolific byline, and an undeniable talent. His voice and his singular point of view will certainly be missed. To paraphrase a sentiment Ozersky once wrote himself: He matters, and his writing will endure.

Below, the community pays tribute.

"Josh, not unreasonably, aspired to be a literary figure of Lieblingesque importance and influence. He was to be disappointed in this regard. The fact that he was usually the smartest person in the room, and the best writer by far, endeared him to few. He was careless with his opinions and his associations, passionate about his likes and dislikes. To Josh, a badly made grilled cheese sandwich was a crime against all humanity. He never became A.J. Liebling, but maybe he went one better. Loved, despised, polarizing, in love with hyperbole, diplomatically awkward to be around — and the very best writer in his field, he was, in fact, the Lester Bangs of food writing. I like to think that comparison would have pleased him."

"200 chefs an hour, calling me to confirm the terrible news of Josh's death last night, speaks volumes to the impact that he had in our industry and beyond. He has created more food trends and styles of cooking than he will ever be credited for. He was a dear close friend and a piece of me has died with him. The world will seem very empty without him."

"Josh was my friend. We talked and saw each other as often as possible. He was a larger than life personality. Brilliant thinker, superb writer, insightful and curious. I was jealous of him. Everything he tried he was staggeringly good at. He even turned out to be an accomplished events producer!

Mostly he was a great friend: Never forgetting my kids special milestones or making my wife laugh for an hour in the corner of a room at a party. I loved his mind. There were very few ideas or opinions I didn't run by Josh for his two cent contribution that ended up being priceless. He was great to people watch with, a loyal guy and I will miss him very very much. 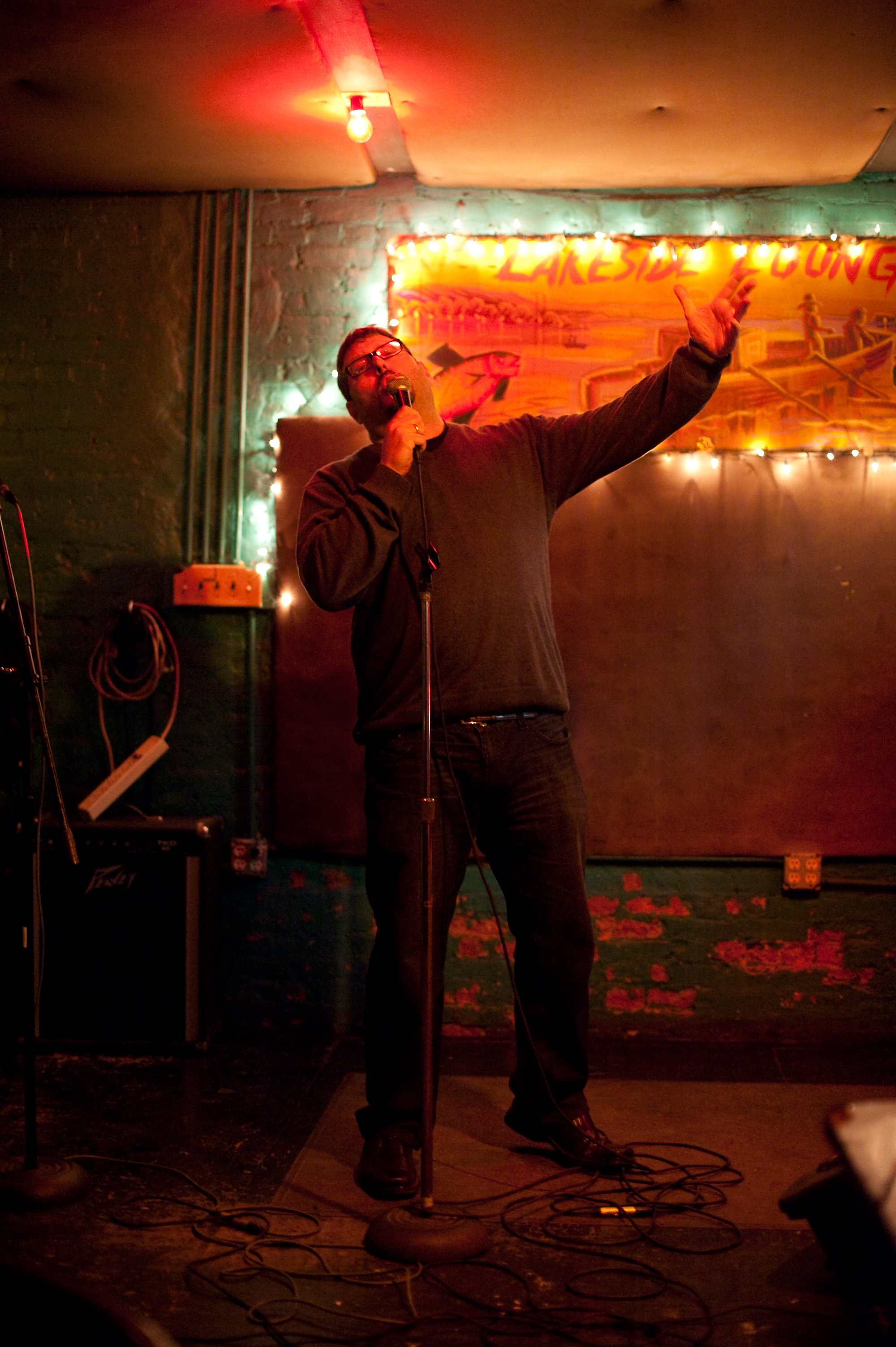 I just spoke to him Saturday because he was in Minneapolis and I wanted to see if he was up for breakfast or something before coming down to Chicago. He loved his family and extended family and he loved the food community more than anything...

There is one bittersweet element to all this, as someone who suffered from a slew of issues myself revolving around mental health and a few physical maladies. Josh's passing and Homaro [Cantu]'s death a few weeks ago is a great reminder that going for it all, living 25/8/366 while keeping everything we think and feel close to the vest is not in our best interest as human beings... I will be in love with Josh forever and miss him already. The world was a better place with him in it."

"I don't know anyone that loved eating more than Josh. He truly loved NYC. If I had a question about food in NYC he was my go to ... From chocolate cake at Eisenberg's to left over lasagna, Josh loved it all. An insatiable appetite. Articulate. I remember one evening testing to see if Mamoun's was still up to par before eating the côte de bœuf at Minetta... He was a funny, hilarious story teller. A mensch."

"I first met Josh Ozersky when he showed up at a party we were both attending in the East Village in 2003 and handed me a copy of his book, Meat Me in Manhattan, which he'd just pseudonymously published under the name Mr. Cutlets. He was sheepish in demeanor, but once he opened his mouth his sharp intellectualism was apparent. The book was to mark a watershed in his life, as he repurposed his writing career to concentrate on food — he'd previously written mainly about popular culture, propelled by a Ph.D. in American History from Notre Dame. The book was part instructional manual, part restaurant guide, and part cri de coeur for the love of animal flesh, which was to be a guiding principle for the rest of his life: 'Meat is the morning sun and the evening star. It is a sausage at sunrise, a sandwich at noon, and a steak late at night.' He was a juggernaut, a gadfly, a unique voice, and above all a very talented writer, and he will be sorely missed."

"I loved Josh — he was not only a friend, he was my brother. He was a witty, talented writer and sometimes the poster boy for crass, but he could wax poetic in the blink of an eye. He was a restaurant and chef historian. A dear friend, a lover of food life and art. He was both in touch with the past and could often see into the future. He loved life, he loved chefs, he loved the restaurant industry, he loved his wife and dog. And most often told the truth."

"Much has rightly been said of his prodigious talents as a writer, but more importantly, Josh was a kind and gentle soul who was loyal to a fault. It is ironic that he wasn’t there to see Aaron Franklin take the stage at the Beards, because he was such an important part of barbecue ascending to such lofty heights. He was such a larger than life character that it is hard to fathom that he is no longer here. I miss him terribly."

"Josh Ozersky was my favorite nemesis. I'm not alone in this, but when I saw that he'd written a new piece about bacon, or pastrami, or barbecue, I'd read it immediately scanning it for something to be pissed off about. He rarely disappointed. And that was the beauty in his writing. He knew how to push buttons, stir up controversy, and most importantly, make people question their entrenched positions. From his audience he summoned up defensiveness by the truckload. He reveled in the reactions his sometimes outlandish positions would create, but his sights were always set on teaching you something despite whether or not your sought his knowledge.

A couple years ago he challenged me to a brisket smoking duel. He backed out because he hadn't factored in the time necessary to pull off his first Texas-based Meatopia event where we shared steak by the platter full. It gave me great pleasure to chide him about waving the white flag. I'd always hoped to rekindle the idea of our face-off, if only for the spectacle. I knew there was a good chance I would have beaten him — something that would have never happened if it came down to a war of words. He used them far more creatively and convincingly than I could ever hope, and he'd laugh if he knew how often I had to look up the definitions of his insults.

I didn't spend much time with Josh Ozersky in person. I was content to wrestle with his words and ideas. Maybe I knew that too much chumming up would make me like him too much for a proper sparring session. He seemed like a man who was easy to grow fond of, but we just had too much fun arguing for sincere amity and civility to get in the way. So, good night my truculent adversary. Your enthusiasm and your humor will be missed, but thankfully your words remain so we can forever bask in your joyous provocation."

"Once, Josh famously boasted about getting gout, a sign he took to mean that he was doing his job as well as it could be done (which he was). He found comfort in food the way other people lean on family. His knowledge of food subjects, and, in fact, of many non-food subjects, was dwarfed only by the strength of his enthusiasm around the specifics. Like, for example, the inherent beauty of the deckle or a hamburger done *the right way.* It was all infectious, of course, and one of the great ways to dine was to dine with Cutlets. All of his work — the essays, articles and videos; the red meat counsel he quietly gave to many of the best chefs in the country; his own narrative — will only get better over time. Rest in peace, buddy. May all of your meals in heaven be full comps."

"I think people thought Josh and I were constantly at odds, competitive about our hamburger expertise. This could not have been further from the truth. We compared burger knowledge often and shared a profound love of the same burger style — the smashed patty on a white squishy bun with good old American cheese. And when I posted one on Instagram a few weeks ago he commented "weeping." I honestly believed that that burger could make him weep.

Josh spoke the way he wrote, in a deeply intellectual tone in which I would often roll my eyes. He was an excellent wordsmith that I was, frankly, jealous of. But when he spoke, and started to get wound up about a dish, a chef, or a cooking style, you could see that even though his words were powerfully grand he never took himself too seriously. If you noticed, he always delivered his sharpest manifestoes with a smile on his face. Always.

I'll miss Josh. There will never be another like him."

We'll be adding more tributes as we receive them. Feel free to share your Josh Ozersky stories in the forums.