Where to Eat at Tropicana Field, Home of the Tampa Bay Rays

Share All sharing options for: Where to Eat at Tropicana Field, Home of the Tampa Bay Rays

The Tampa Bay Rays are back at Tropicana Field for the 2015 baseball season, and with that comes peanuts and cracker jacks a host of good food options in the stadium. Read on for the best bets, as well as a breakdown of concessions by area in the ballpark. Have another favorite? Leave a comment below.

Of Note at Tropicana Field 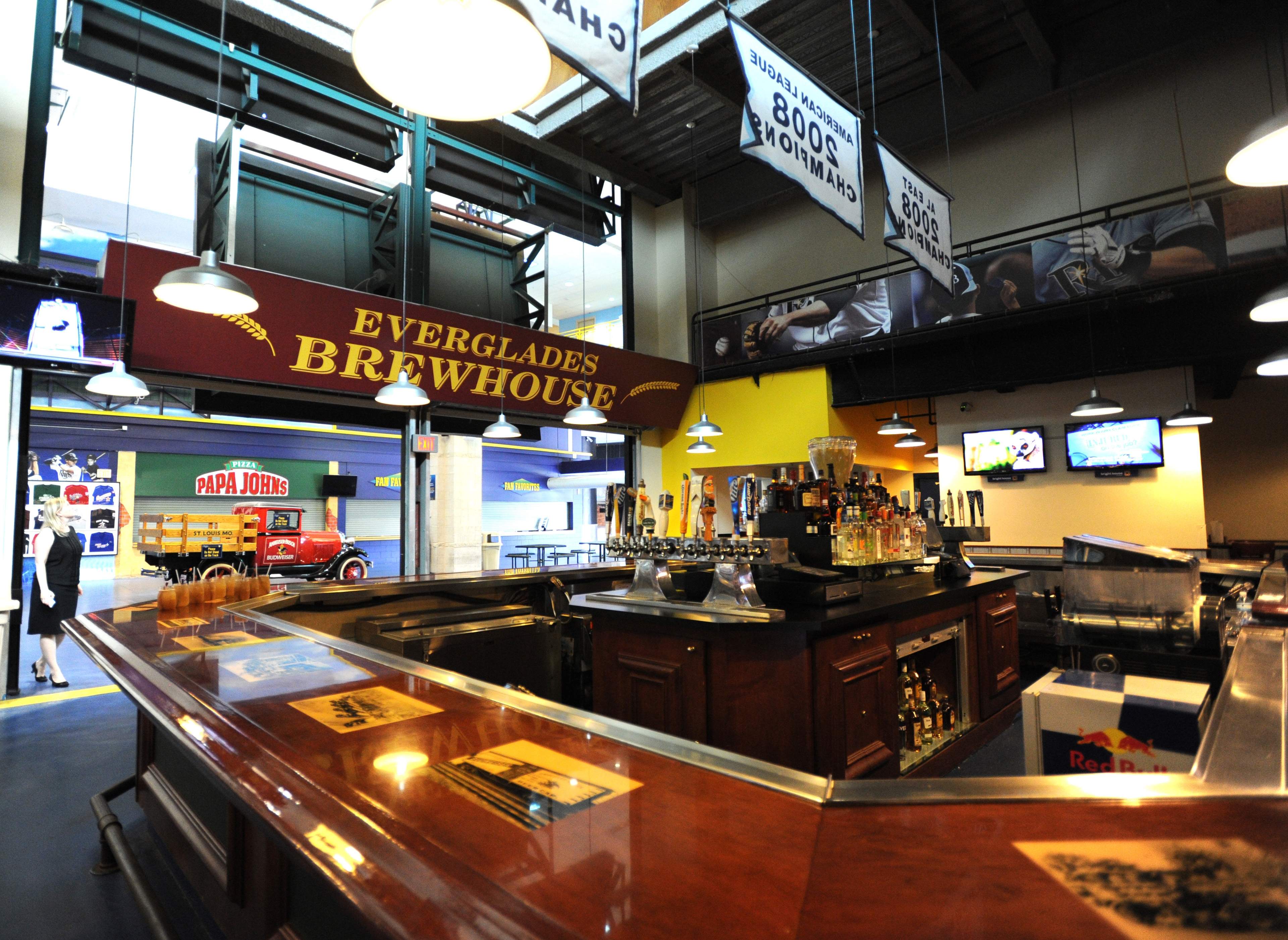 Want to step up the traditional game experience? Head here.

Cuban sandwiches— The iconic Cuban sandwich, a Tropicana Field favorite, has ham, pork, salami, Swiss cheese, mustard, and pickles on toasted Cuban bread. Look for it at East/West Deli as well as Diamond Classics and Grand Slam Grill stands across the park. And behind first base, there might just be a Cuban burger, which swaps the roast pork in the traditional Cuban with two hamburger patties.

Fan vs. Food Challenge — Oh yes, there's a four-pound burger at the Trop, and it comes with a challenge: Finish the thing (plus fries!) in under 30 minutes and win two tickets to a future game, plus a t-shirt for good measure. Find it at Everglades Brewhouse, where there's also beer and a menu of slightly less challenging food (think deviled eggs, barbecue, and nachos) — though the main attraction here should be the glory that comes with eating a 64-ounce sandwich before the first call to the bullpen. 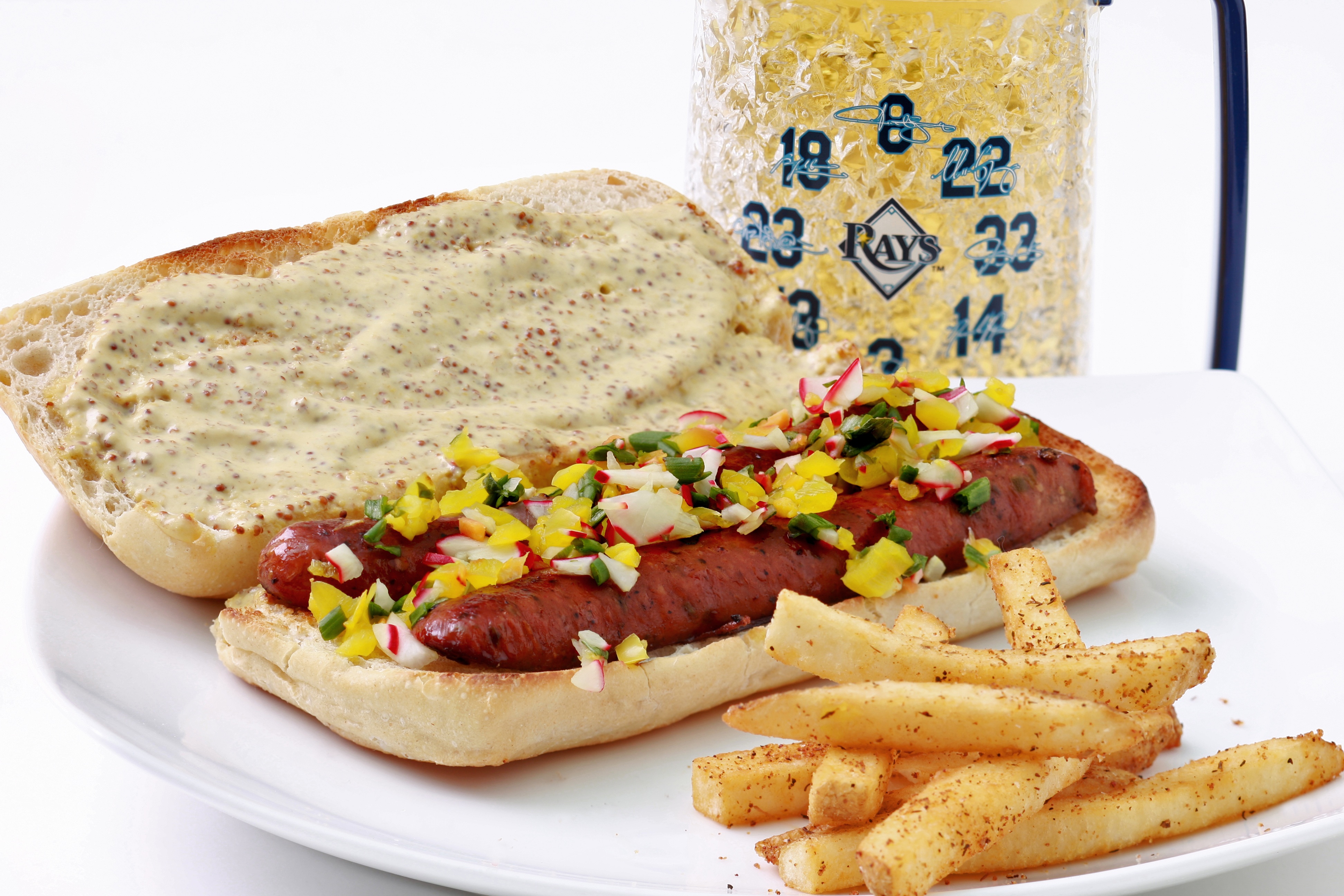 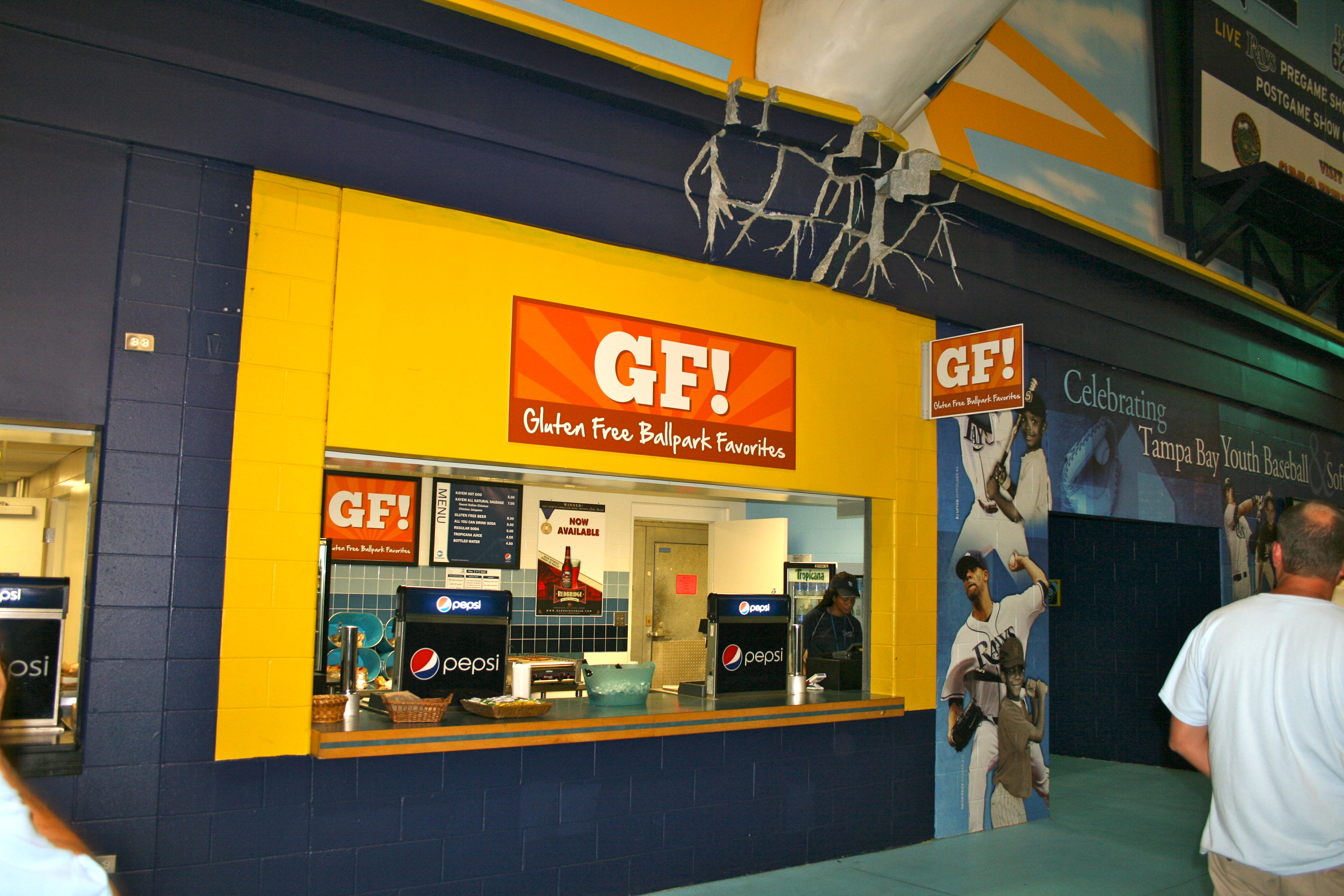 The concessions options at Tropicana Field are housed in four major areas, plus additional scattered stands throughout the park. Here are some of the best bets.

Right Field Street — In this part of the stadium, expect hot dogs with all kinds of toppings and buffalo chicken sandwiches from Bay Grill. There's also the snack-centric Carni Classic, which offers popcorn, pretzels, and peanuts, and a place called World Series Cheese Steaks — named because, as rumor has it, the Phillies are the only team the Rays have ever played in the World Series.

Center Field Street — At Gluten Free Favorites, diners can get — wait for it — gluten-free alternatives to standard ballpark fare like hot dogs, burgers, and beer. There's a Papa John's up here too, if chain pizza is more your speed.

First Base Food Court — The only thing better than a Cuban sandwich is a Cuban burger, one of the selections offered at Burger Up! in this section of the park. There's also another Papa John's and a Del Rey Cantina, which serves "tropical drinks" in addition to wine and cold brews.

Third Base Food Court — The aforementioned Everglades Brewhouse, home to the burger challenge to end all stadium burger challenges, is housed in this area. It's joined by a third Papa John's and an Outback Steakhouse for those Rays fans who want to take their onion ring game to the next level with the Bloomin' Onion.

How to prepare for MLB's Opening Day