Ottolenghi's NOPI Cover, (Yet Another) Bone Broth Cookbook, and More

Plus the cover of Mike Solomonov's Zahav cookbook.

Share All sharing options for: Ottolenghi's NOPI Cover, (Yet Another) Bone Broth Cookbook, and More

Here's the cover for the upcoming cookbook from London-based chef and restaurateur Yotam Ottolenghi. Called NOPI: The Cookbook it features 120 recipes from his London restaurant of the same name. Written in collaboration with the restaurant's head chef Ramael Scully, the book is an amalgam of Ottolenghi's Middle Eastern influences and Scully's Malaysian background. NOPI — which will be published by Ten Speed Press— will be the fifth book from the chef who has authored other best sellers like Plenty and Plenty More. The cover is sleek and simple and showcases a minimalist black and gold pan. NOPI: The Cookbook will hit shelves October 20.

According to Publishers Marketplace, recipe delivery start-up Plated will release a cookbook. Written by the company's vice president Elana Karp and culinary manager Suzanne Lehrer, the book will be published by Clarkson Potter. Called Plated: Weeknight Dinners, Weekend Feasts, and Everything In-between, the book will include easy recipes to help make "cooking part of busy modern lifestyles."

Congrats world! You're getting yet another bone broth cookbook. This one, according to Publishers Marketplace, is called The Bone Broth Miracle and it's written by nutritionist and private chef Ariane Resnick. It will show readers "how to make delicious broths and other healthy recipes." The Bone Broth Miracle — which will be published by Skyhorse — will be released this May.

Alexandra Stafford —  a former sous-chef, current Food52 contributor, and blogger at AlexandraCooks.com — has landed a deal with Clarkson Potter. Publishers Marketplace writes that the book is called Bread, Toast, Crumbs and it is a "loaf-to-crumb" approach to baking bread and cooking with it." There will be recipes for items like no-knead peasant bread, as well as ideas for what to do with fresh and old bread. There is no release date yet. 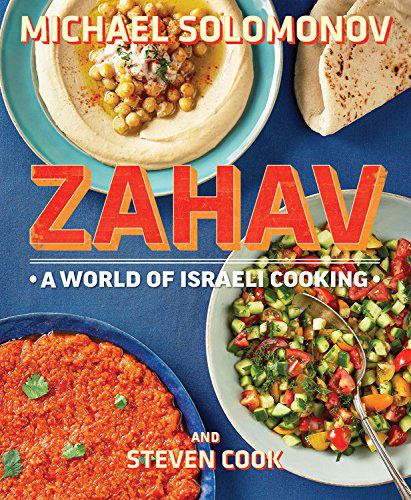 Here is the cover of James Beard Award-winning Philadelphia chef Mike Solomonov's first cookbook Zahav. The book — which will be published by Houghton Miffllin Harcourt — features modern Israeli recipes from the chef's wildly popular restaurant of the same name. The Wes Anderson-inspired cover features bright colors and plates of hummus, salad, and pita. The book will land on bookshelves October 6.