15 Food and Beverage Events for February and Beyond

February events from around the world.

Share All sharing options for: 15 Food and Beverage Events for February and Beyond

With the holidays now well in the past, the international food and drink events circuit is starting to heat up. February has a lot to offer, starting with a gathering of chefs in Spain (Madrid Fusión) and ending with a major festival celebrating fine dining Down Under (Melbourne Food & Wine Festival). If you're looking to escape the chilly winter weather, then consider visiting a warm locale: Head to Arizona Cocktail Week for a good drink, or to Miami's South Beach Wine & Food Festival for the chance to hang with celebrity chefs. And, if you can hold off until March, there are also opportunities to feast in South Carolina (Charleston Wine + Food) or catch panels and live music in Austin (SXSW). 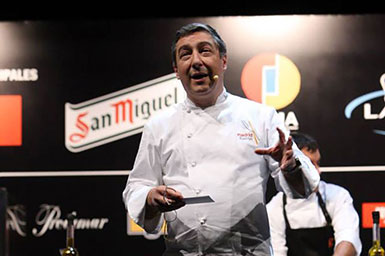 Madrid Fusión
When: February 2 — February 4, 2015
Where: Madrid, Spain
What: The theme for this year's international gastronomic conference in Madrid, Spain is "traveling cuisines." Chefs like Joan Roca, David Muñoz, Tom Sellers, Elena Arzak, and Daniel Patterson will all be in attendance. Plus, expect two major talks: one with legendary chef Joël Robuchon and another by Mugaritz's Andoni Luis Aduriz, who will give a presentation on the "mechanisms of creativity." 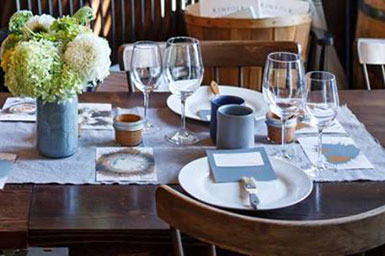 Chefs' Week PDX
When: February 5 — February 8, 2015
Where: Portland, OR
What: Portland is welcoming big-name chefs from across the West Coast for its second-annual Chefs' Week PDX. Visiting chefs like Seattle's Brian McCracken will pair up with Portland locals like Joshua McFadden (Ava Gene's) and Gabi and Greg Denton (Ox) for collaborative dinners that center on themes like "Present Culture" or "West Coast Modern." 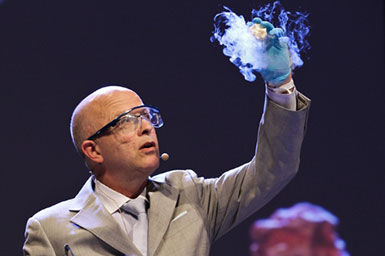 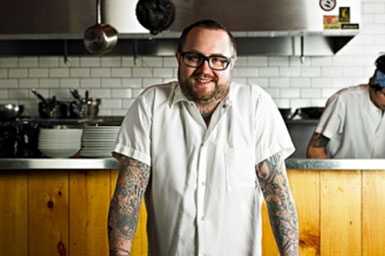 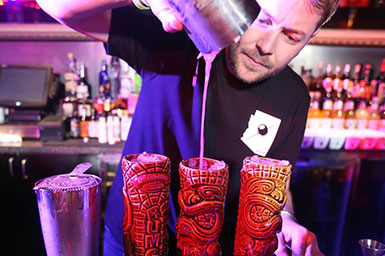 Arizona Cocktail Week
When: February 14 — February 21, 2015
Where: Various locations throughout Arizona
What: The fourth-annual Arizona Cocktail Week will feature booze-heavy events across the state. Drinks can expect everything from a poolside "Cocktail Carnival" to a bartending competition appropriately called "Last Slinger Standing." 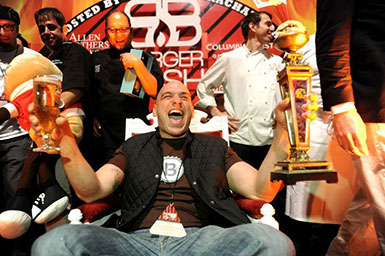 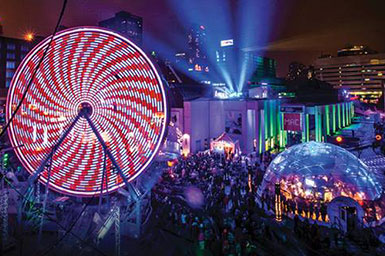 Montréal En Lumière
When: February 19 — March 1, 2015
Where: Montreal, Quebec, Canada
What: This huge winter festival returns for its 16th year of celebrating arts, culture, and wintertime in Quebec. For the food-focused, Montréal En Lumière will offer a series of dinners — including many celebrating the food of Switzerland, this year's featured country — not to mention a showcase at Montreal's famed Jean-Talon Market and multiple tastings for wine lovers. 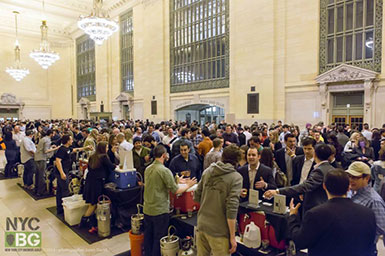 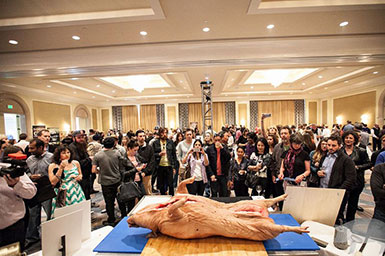 Cochon 555
When: February 22, 2015
Where: Boston, MA
What: Cochon 555, the traveling celebration of all things pork, is back again with its 2015 tour, which kicked off in New York City and is now heading to Boston. Chefs like Mary Dumont of Harvest will compete to see who will become this year's "Prince or Princess of Porc." 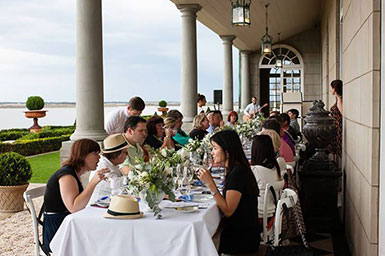 Melbourne Food & Wine Festival
When: February 27 — March 15, 2015
Where: Melbourne, Australia
What: This year, the Melbourne Food & Wine Festival offers nearly 300 events across 17 days. Events include the "World's Longest Lunch" — during which more than 1,500 people will sit down at a 530-meter-long table for a three-course meal — a host of classes and intimate dinners, and restaurant crawls across the city. Chefs in attendance will include Johnny Di Francesco (400 Gradi, Melbourne), Jamie Bissonnette (Toro, NYC), Ruth Rogers (River Café, London), and Eric Kayser (Maison Kayser, Paris). 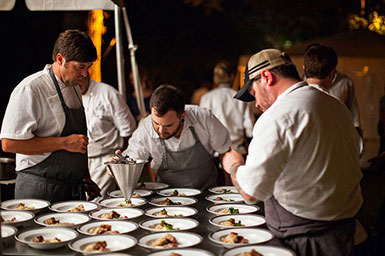 Charleston Wine + Food
When: March 4 — March 8, 2015
Where: Charleston, SC
What: A huge lineup of chefs from around the country are headed to Charleston for its Wine and Food festival this year, including Andy Ricker, Jonathan Benno, Ashley Christensen, Kelly English, Gabrielle Hamilton, Hugh Acheson, Linton Hopkins, George Mendes, Vivian Howard, and more. In addition to the tastings, there will be a brand-new music stage, plus plenty of dinners, demonstrations, and parties. 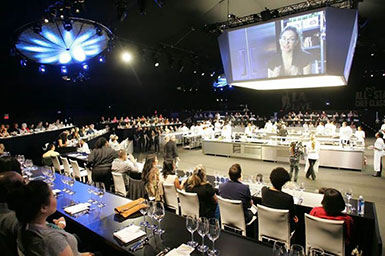 All-Star Chef Classic
When: March 11 — March 14, 2015
Where: Los Angeles, CA
What: The All-Star Chef Classic returns to Los Angeles for its second year. Chefs like Daniel Patterson, Suzanne Goin, Jenn Louis, Brooks Headley, Wylie Dufresne, Dominique Crenn, and Jonathan Waxman will be cooking together at the festival, which also features a "Restaurant Stadium" where fans can see the action up close. This year will also features a series of "Masters Dinners" where renowned American, French, and English chefs will cook a dinner with their fellow countrymen. 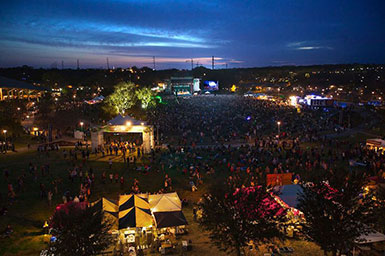 SXSW
When: March 13 — March 22, 2015
Where: Austin, TX
What: As per annual tradition, the city of Austin will soon be overrun by people who are into tech, film, and music during the SXSW festival. Food has become a major component of the festival over the years, as well. This year's panels include a talk with Eater's very own editor-in-chief Amanda Kludt on how food can change the world, a discussion on how to build a better breakfast with Andrew Zimmern, and a look at the future of coffee. Plus, there will be a chance to eat barbecue with some of Texas's best pit masters and indulge in some solid taco lunches. Expect restaurants and bars across town to be slammed. 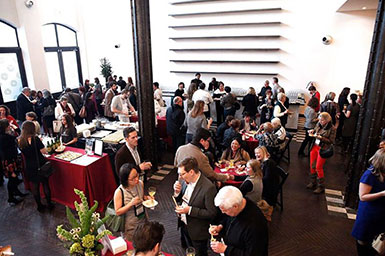 IACP Conference
When: March 27 — 30, 2015
Where: Washington, DC
What: The International Association of Culinary Professionals hosts its 37th-annual conference in Washington, DC this year. There, IACP will announce the winners of its cookbook and journalism awards while also hosting a culinary expo, book fair, and talks. This year, the conference will celebrate esteemed chef Jacques Pepin's 80th birthday (by serving 80 birthday cakes), and chef José Andrés will deliver the keynote speech. Other speakers include blogger Deb Perelman, editor Francis Lam, and The Chew's Carla Hall. 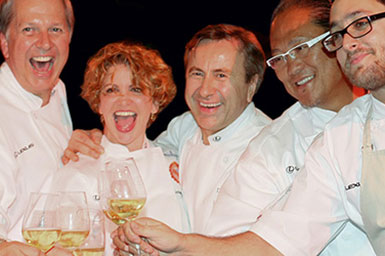