The Most Anticipated Cookbooks of Winter/Spring 2015

Winter releases from across the country to get you into the kitchen.

Share All sharing options for: The Most Anticipated Cookbooks of Winter/Spring 2015

Welcome to the Eater Winter/Spring Cookbook Preview. Here you will find Spring releases (January 1 to April 30) that are about, written by, or could be useful to chefs/restaurants. While Spring may be the slowest cookbook season, there are still some major titles heading your way over the next few months.

These include a debut cookbook — or manifesto, as he'd have it — from Texas barbecue master Aaron Franklin, a guide to seriously tricking out your cookies from Chicago chef Mindy Segal, and a big glossy chef book from Corey Lee of San Francisco's Benu. There are vegetable books from Atlanta chef Steven Satterfield and New York City chef April Bloomfield, pasta books from Philadelphia's Marc Vetri and Portland's Jenn Louis, and much more.

Now, onto the Winter/Spring cookbook preview. If you don't see something here that should be on the list, feel free to let us know in the comments. 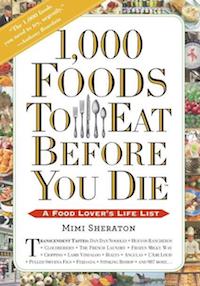 Mimi Sheraton
Workman
Former New York Times restaurant critic Mimi Sheraton has compiled an epic list of her favorite dishes, restaurants, cuisines, ingredients and more from around the world. Consider it an epic to-do list, compiled over a lifetime of eating and traveling. Sheraton spoke with Eater about the book, calling it "a jigsaw puzzle that when put together gives you an idea of what the world eats." Read an excerpt here. 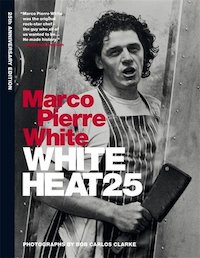 Marco Pierre White
Mitchell Beazley
Forget Kitchen Confidential: London chef Marco Pierre White's account of life in the kitchen is the classic bad boy chef pirate memoir. Here it gets an update for the 25th anniversary of its publication: this edition is amped up with new photography and essays by the likes of Confidential author Anthony Bourdain, UK chef and sweary tv person Gordon Ramsay, Momofuku master David Chang, and many more. 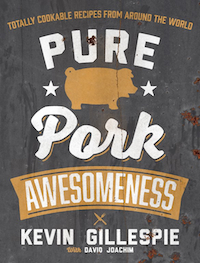 Pure Pork Awesomeness: Totally Cookable Recipes from Around the World 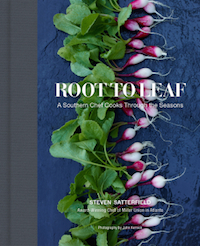 Root to Leaf: A Southern Chef Cooks Through the Seasons

Steven Satterfield
HarperWave
Also out of Atlanta, chef Steven Satterfield has made a name for himself as a vegetable wizard at his restaurant Miller Union. Here he explains his approach to vegetables, and shares recipes that have a "decidedly Southern flair." 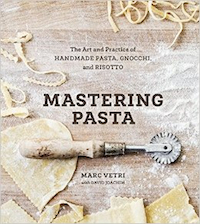 Mastering Pasta: The Art and Practice of Handmade Pasta, Gnocchi, and Risotto

Marc Vetri and David Joachim
Ten Speed
For his newest cookbook, Marc Vetri once again teams up with his Rustic Italian Food collaborator David Joachim. Here the Philadelphia chef offers what he calls a "complete handbook" to pasta, covering pasta techniques in Italy and homemade pasta, as well as risotto, gnocchi, and crespelle. 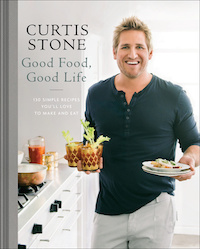 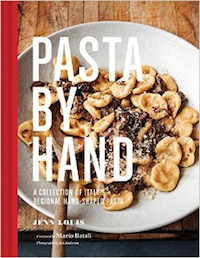 Pasta by Hand: A Collection of Italy's Regional Hand-Shaped Pasta

Jenn Louis
Chronicle
For her first cookbook, Portland chef Jenn Louis focuses on the hand-made pastas of Italy: gnocchi, orecchiette, gnudi, spatzli, and more. The book purports to offer recipes for some regional foods that have never been written about in English before. Pasta nerds, rejoice. 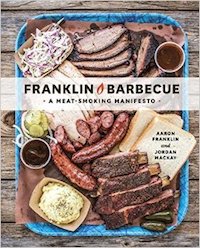 Aaron Franklin and Jordan Mackay
Ten Speed
Much like Ivan Orkin's ramen book was one long recipe, Franklin's first guide to smoked meats is a deep dive into his craft. If you're looking for a book that will explain how to make Texas-style barbecue, this is your book. It explains how to trick out a store-bought smoker for maximum effect, wood and meat selection, troubleshooting, and more. The subgenre of barbecue books has always been somewhat lacking; this could be the book we've been waiting for. 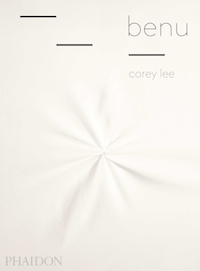 Corey Lee
Phaidon
San Francisco chef Corey Lee gets the big glossy chef book treatment from Phaidon, which continues its series of high-end American chef books. Here Lee walks the reader through one of his restaurant's 33-course menus start-to-finish. The book has forewords by Thomas Keller and David Chang. 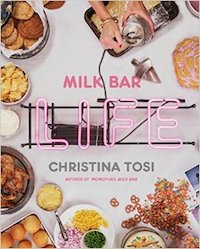 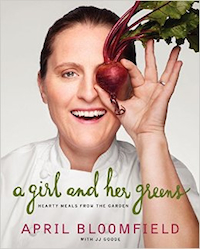 A Girl and Her Greens: Hearty Meals from the Garden

April Bloomfield and JJ Goode
Ecco
New York City chef April Bloomfield teams up with co-author JJ Goode once again, this time to focus on vegetables. A sort-of companion book to Bloomfield's last book, A Girl and Her Pig, Greens is divided into seasons and offers recipes such as "Pot-Roasted Romanesco Broccoli, Onions with Sage Pesto, and Carrots with Spices, Yogurt, and Orange Blossom Water." 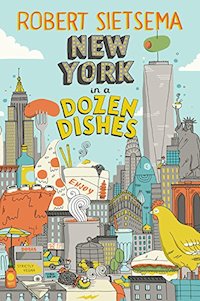 New York in a Dozen Dishes

Robert Sietsema
Houghton Mifflin Harcourt
Eater's own Robert Sietsema takes a look at twelve dishes that exemplify the New York dining experience. From "hipster joints in Williamsburg [to] the history of New York–style pizza [to] egg foo young and the endangered 'American Chinese' cuisine," the book paints a multicultural portrait of New York through its food. 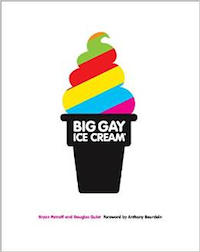 Bryan Petroff and Doug Quint
Clarkson Potter
Riffing on high school yearbooks, the rainbow-bespangled duo behind Big Gay Ice Cream sets out to teach you the art of the cone. The book includes recipes, stories, unicorn art, and "celebrity cameos" including a foreword by Anthony Bourdain. 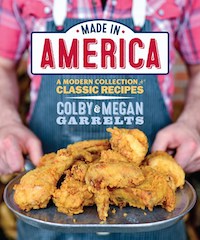 Made in America: A Modern Collection of Classic Recipes 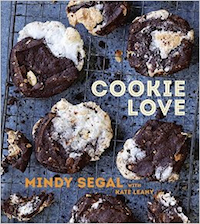 Cookie Love: 60 Recipes and Techniques for Turning the Ordinary into the Extraordinary

Mindy Segal and Kate Leahy
Ten Speed
Here's Chicago chef Mindy Segal's heavily anticipated cookie book. Teaming up with cookbook author Kate Leahy, this book seeks to amp up your boring classic cookbook recipes into something fresh and, as they put it, extraordinary. What this means: recipes for "Peanut Butter Peanut Brittle Cookies and Fleur de Sel Shortbread with Vanilla Halvah, to Malted Milk Spritz and Peaches and Cream Biscotti."

· Cooked Raw: How One Celebrity Chef Risked Everything to Change the Way We Eat by Matthew Kenney. Familius: January 13.

· Noodle Kids: Around the World in 50 Fun, Healthy, Creative Recipes the Whole Family Can Cook Together by Jonathon Sawyer. Quarry: January 15.

· Bread: Over 60 Breads, Rolls and Cakes Plus Delicious Recipes Using Them by Nick Malgieri. Kyle: January 22.

· Good Bread Is Back: A Contemporary History of French Bread, the Way It Is Made, and the People Who Make It by Steven Laurence Kaplan (translated by Catherine Porter). Duke University Press Books: January 30.

· Where Chefs Eat: A Guide to Chefs' Favorite Restaurants (2015) by Joe Warwick. February 7.

· Ruhlman's How to Braise: Foolproof Techniques and Recipes for the Home Cook by Michael Ruhlman. Little, Brown: February 10.

· Cocktails on Tap: The Art of Mixing Spirits and Beer by Jacob Grier. STC: March 17.

· Back in the Day Bakery Made with Love: More than 100 Recipes and Make-It-Yourself Projects to Create and Share by Cheryl Day and Griffith Day. Artisan: March 17.

· Staten Italy: Nothin' but the Best Italian-American Classics, from Our Block to Yours by Francis Garcia and Sal Basille. Grand Central Life & Style: April 7.

· Wine in Words: Some Notes for Better Drinking by Lettie Teague. Rizzoli: April 7.

· The Norske Nook Book of Pies and Other Recipes by Jerry Bechard and Cindee-Borton Parker. University of Wisconsin Press: April 27.