Once a month, Eater reviews cookbooks on a four star scale (here's more on how the books are reviewed). Today: Flour + Water: Pasta by Thomas McNaughton (chef of the San Francisco restaurant Flour + Water) and Paolo Lucchesi.

Listen up: we are here to learn how to make pasta. We are not here to learn any other skill, not pizza-throwing or mozzarella-pulling or salami-curing or whatever other Italian specialty might interest you. San Francisco chef Thomas McNaughton is a master of pasta, and in his first cookbook, Flour + Water: Pasta, he lets us in on his secrets.

The premise of Flour + Water is simple: how to make pasta and what to do with it. In the preface, Flour + Water partner David Steele writes that in Italy, "pasta [is] used as a delivery agent for seasonal ingredients." Accordingly, the book is basically split into five sections: one on how to make pasta, and four for recipes that use the pasta with ingredients corresponding to each season. Thus you have summer recipes like Tomato Farfalle with Chicken Polpettine, Roasted Peppers, and Basil; fall recipes like Toasted Farro Garganelli with Short Ribs, Hazelnuts, and Radicchio; winter recipes like Oxtail and Rosemary Lasagna with Spigarello and Fresh horseradish; and spring recipes like Lemon Farfalle with Spring Pea Ragu.

"Rolling out pasta by machine should be a delicate, almost Zen-like art." — Thomas McNaughton

Before cracking open Flour + Water, I had only ever made pasta from scratch once — testing a recipe in another cookbook, the title of which will not sully this review — and the process was a big, floury mess. (The pasta itself didn't taste great either.) Perhaps foolishly, I assumed pasta-making to be an arduous undertaking not worth the effort. Or the cleanup.

Thus I approached Flour + Water with reluctance, fearing I'd sentenced myself to a month of dealing with floury explosions and meticulously cleaning pasta rollers with a brush (they cannot be submerged in water). I read the 20-odd page introduction to "The Dough," as McNaughton calls it, heeding notes that "You do not want to stress the dough" and "It's crucial to remember that...you're in a race against time" and "Rolling out pasta by machine... should be a delicate, almost Zen-like art." I was prepared, in the way that a kid with a learner's permit is prepared before they actually drive a car for the first time. That is, I was intimidated as shit. 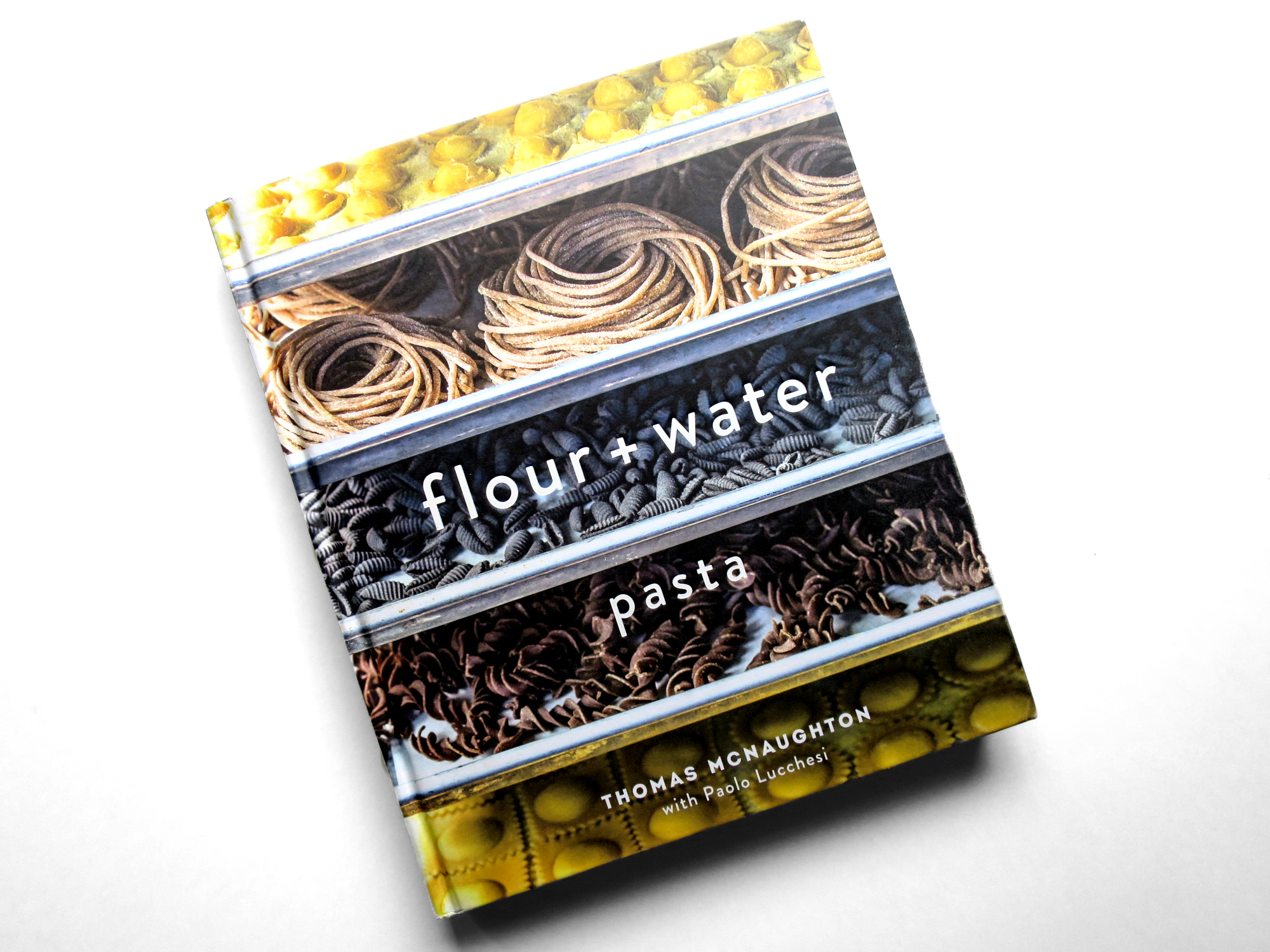 McNaughton learned to make pasta in Bologna, in a pasta "laboratorio" run by "a dozen Italian ladies of all ages dressed in pastel pink chef coats." The recipes were fueled by tradition and the laboratorio workers by neighborhood gossip; they made "tagliatelle, passatelli, paglia e fieno (straw and hay), Roman-style gnocchi, and finally, depending on the day, maybe a few orders of ready-to-bake cannelloni." Obviously, this being Bologna, they also made endless quantities of tortellini. While McNaughton’s restaurant makes pastas from all regions in Italy, his formative pasta experience was a Bolognese one.

Have faith, pasta ninja: the dough will not stick.

It is my understanding — having consulted others far more familiar with the pasta arts than I — that McNaughton’s technique is a bit unusual, as he incorporates very little flour after the initial mixing of the dough. At several points he even has you scrape dried bits of flour off the pasta preparation area and discard them, as he believes these add tough spots to the final product. If you look up pasta dough tutorials on YouTube, you’ll see that almost no one else does it this way: there is flour everywhere, at every step in the process. McNaughton’s dough is also not floured before it makes its way through the rollers. Made almost entirely of egg yolks and flour, it has a rubbery bounce that McNaughton likens to Play-Doh. Have faith, pasta ninja: the dough will not stick. I promise.

All of this is to say: the doughs in Flour + Water are phenomenally easy to work with, and they don’t make a giant mess, either. That probably wasn’t McNaughton’s intention when developing the doughs for the restaurant, but it is the home cook’s happy accident. Testing recipes for this cookbook, I made fresh pasta for dinner on weeknights. In fact, all of the recipes in this book are far easier to make and take less time than most other restaurant cookbooks I’ve ever used, ahem. 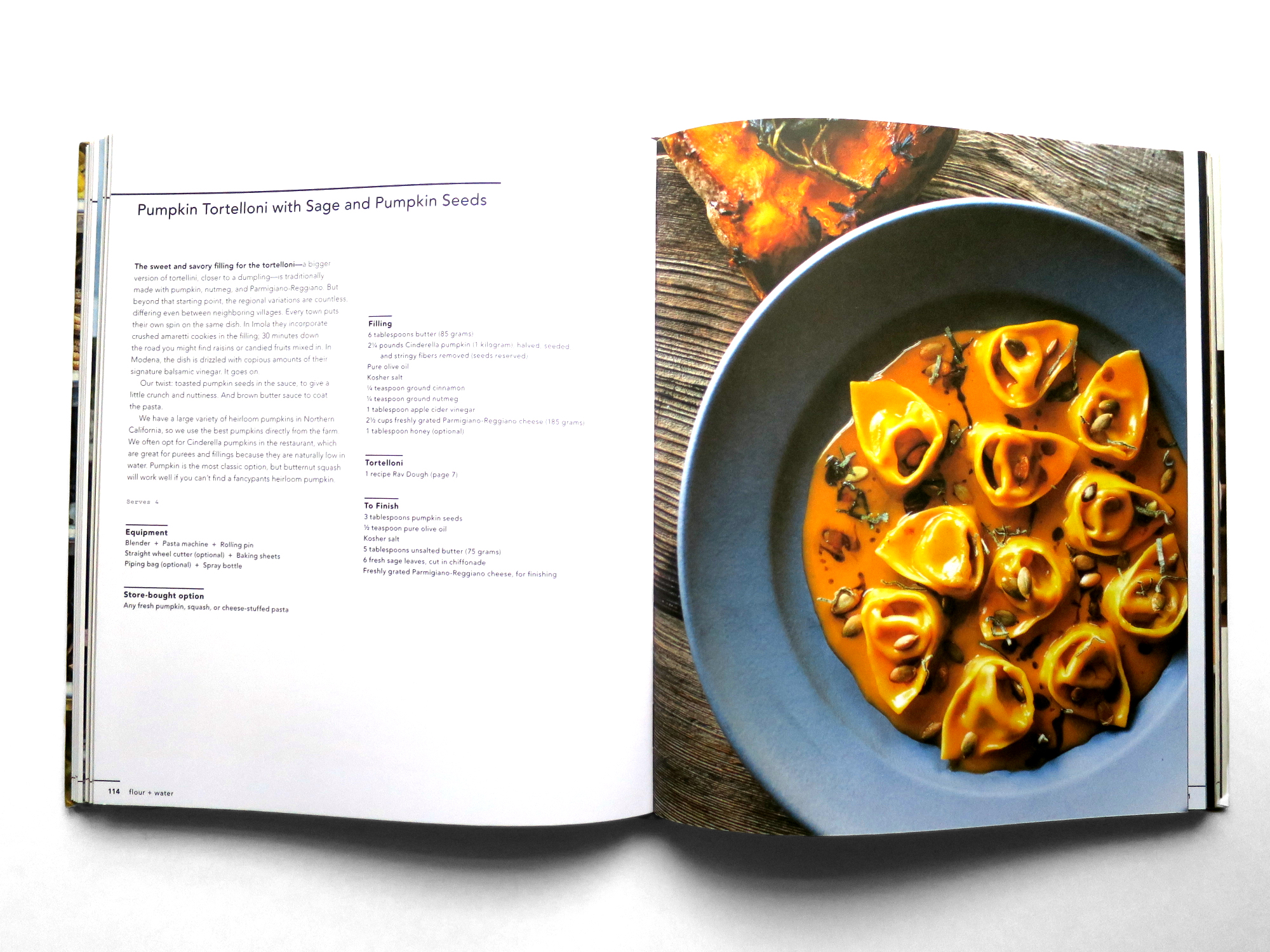 Each recipe even conveniently suggests a store-bought pasta substitution, should you find yourself low on eggs on a given evening. (Warning: you will go through many, many, many eggs in your quest to learn how to make pasta.) While the fresh pasta versions turn out decidedly better than the dried ones, they are an acceptable substitute. An aversion to dough-making should not preclude anyone from getting use out of this book, although the pasta recipes are where Flour + Water really shines.

A note on scaling: the pasta treatments in the book are scaled for four servings. They are very, very tricky to make for any other number. For example: often a meat will be braised for a specific amount of time, say, and then the amount of liquid leftover at the end is — by design — the perfect amount to dress the pasta. Double this and you end up with a lot of extra liquid. This turned out to be a big problem with a couple recipes; more on that later. But for now, if you’re making dinner for more than four, I’d suggest making two recipes from the book and serving small portions of each as separate courses.

Note: I don’t have a pasta extruder, so I didn’t do any extruded pasta recipes. 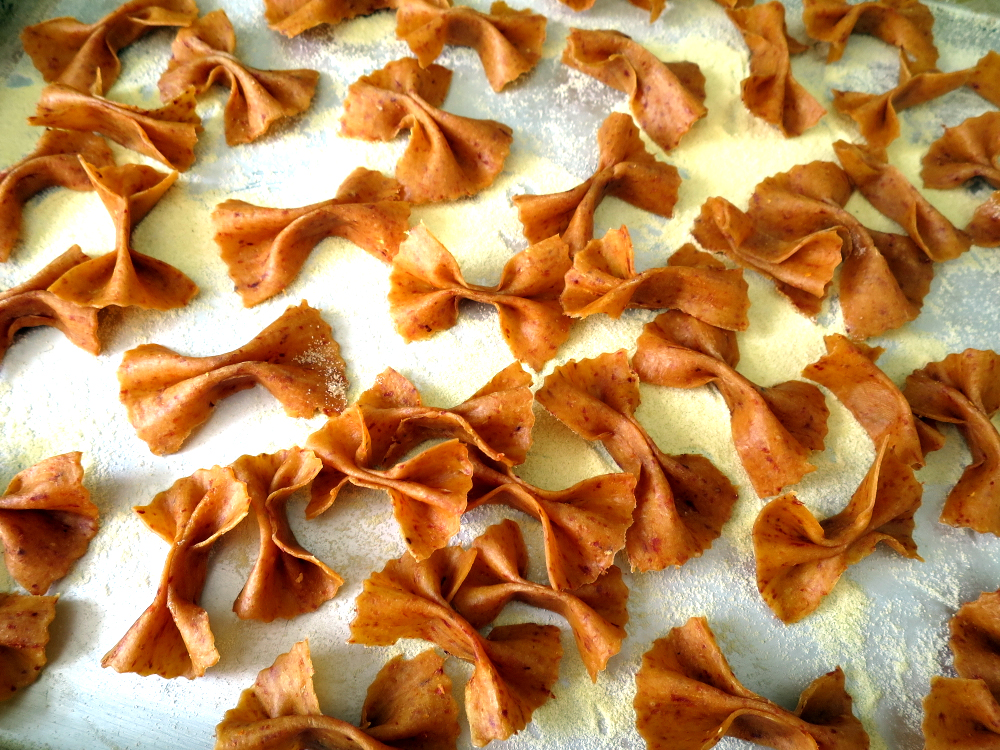 This was a great dish: it was relatively healthy, the chicken meatballs were actually pretty flavorful, and the bowtie-shaped pasta, while more time consuming than making something like straight-cut tagliatelle, wasn’t impossible to make. My farfalle turned out looking slightly different than McNaughton’s, I think because I bought sun dried tomato powder instead of plain tomato powder, but they were close enough.

Here you run into some slightly vague instructions. The meatballs called for "2 slices sourdough bread, crusts removed," which may be a very specific thing in San Francisco, but it did not translate to Austin, Texas store-bought bread. My meatballs turned out very wet at first, and while I compensated by adding bread crumbs, they still weren’t the tight little balls pictured in the book. 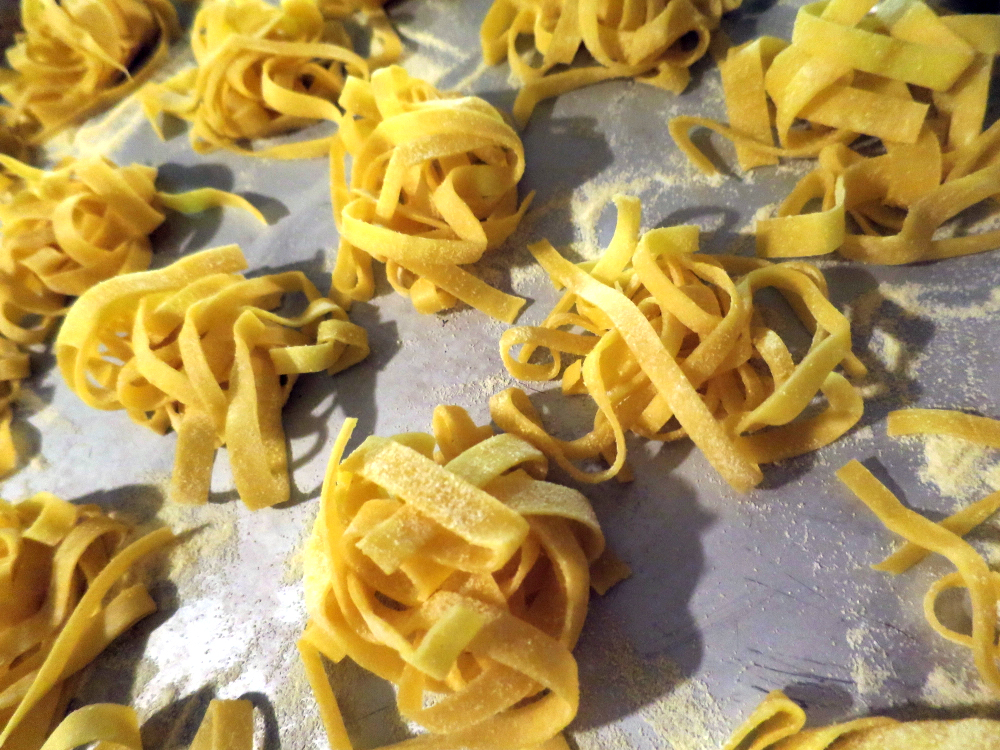 No complaints here. This was a fairly simple, easy, and fairly inexpensive dish to make. It was far more flavorful than I expected, given the simplicity of the ingredients. The lime amps up this dish, though, and it definitely tasted the most like restaurant food out of any of the recipes I tested. I would definitely recommend it as a dinner party show-stopper. 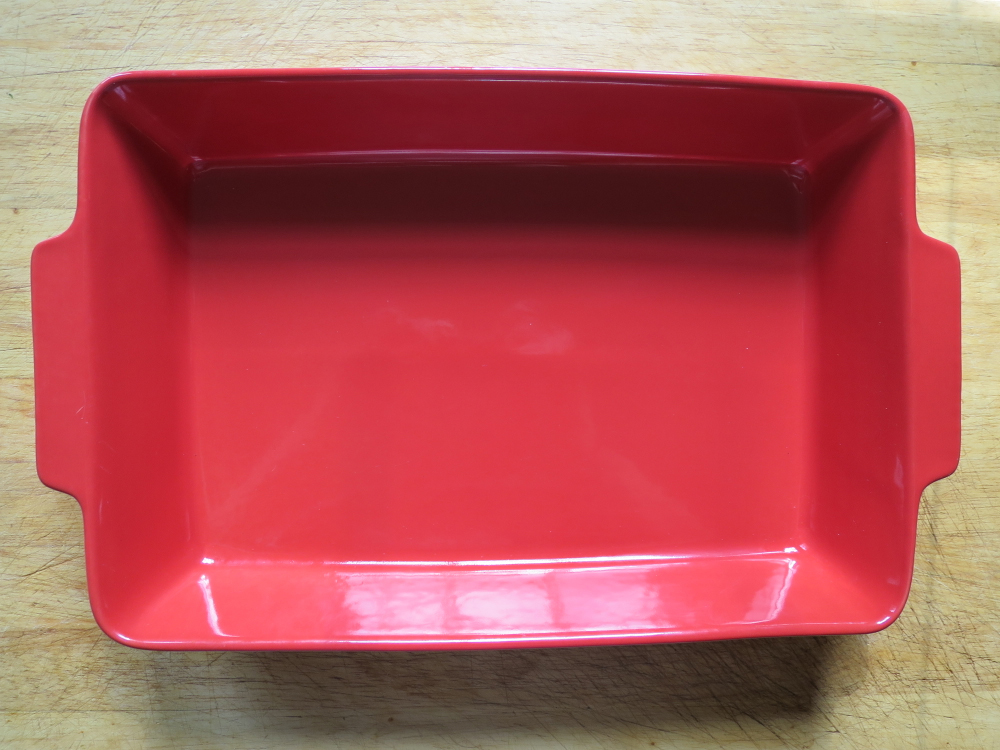 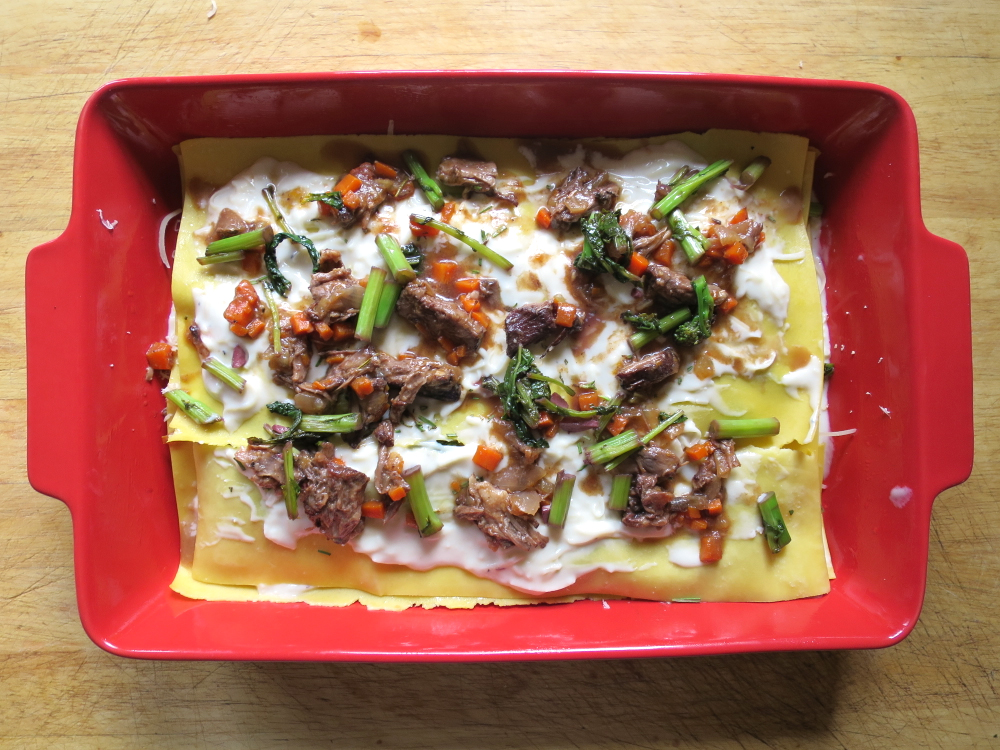 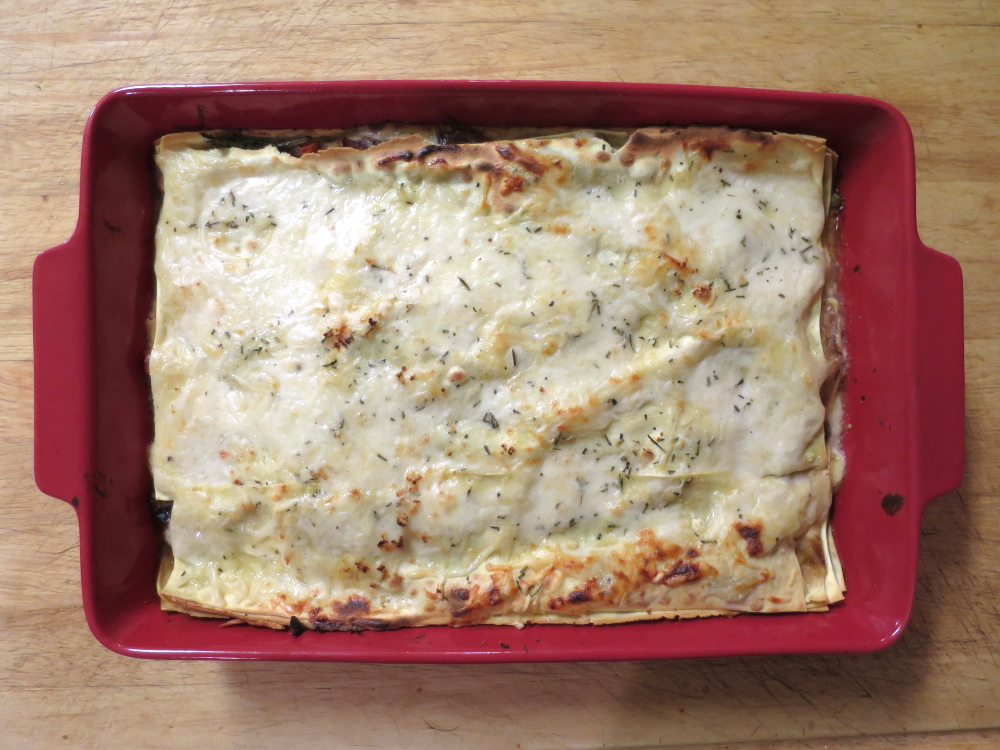 Oxtail and Rosemary Lasagna with Spigarello and Fresh Horseradish

This is maybe the best lasagna I have ever eaten. I have no idea if it turned out the way it was supposed to, because there’s no photo in the cookbook and the ratios of filling to pasta as written seemed a little off. (A tablespoon of bechamel per lasagna sheet is not very much.) There was also a confusing cross reference to a sub-recipe in another chapter which, if the reader is a beginner, could result in accidentally adding three cups of parmesan to the bechamel.

Still, the lasagna was incredibly tasty, and I may be converted to adding fresh horseradish to my lasagna forever. Here I should also note that I couldn’t find spigarello — late season broccoli greens — and used broccoli rabe instead. It’s a comparably bitter green, and in any case McNaughton says you can use "any hearty winter green or broccoli florets" in place of spigarello, so within that range I think I actually got pretty close.

The major problem with this recipe was that, unlike the other recipes I tested, it took forever. Top to bottom, the lasagna took me over 13 hours to make. The oxtail needs to braise and then cool, and then the meat needs to be picked and the braising liquid needs to be reduced. Lasagna noodles need to be made, partially cooked, and set out to dry til they’re needed. (Which obviously also takes a lot of space.) The greens need to be cooked, bechamel needs to be made, and the whole thing needs to be assembled. Parmesan and horseradish need to be grated. It was laborious, but in the end, it was worth it.

Campanelle with Anise-Braised Pork and Chard

Despite McNaughton's assurances that campanelle is "an extruded pasta that has become common in American grocery stores," I could find any (not for lack of trying). I substituted cavatappi, based on McNaughton's recommendation that you use "campanelle, or other short pasta" and the fact that it seemed like it would hug the one-inch cubes of braised pork in a similar manner.

The recipe needed a little rejiggering — since dried pasta takes longer to cook, the chard would have cooked to nothing had I added it when the fresh pasta instructions said to toss it in the braise — but it worked quite well. The braise was one of the best things I made in this book. 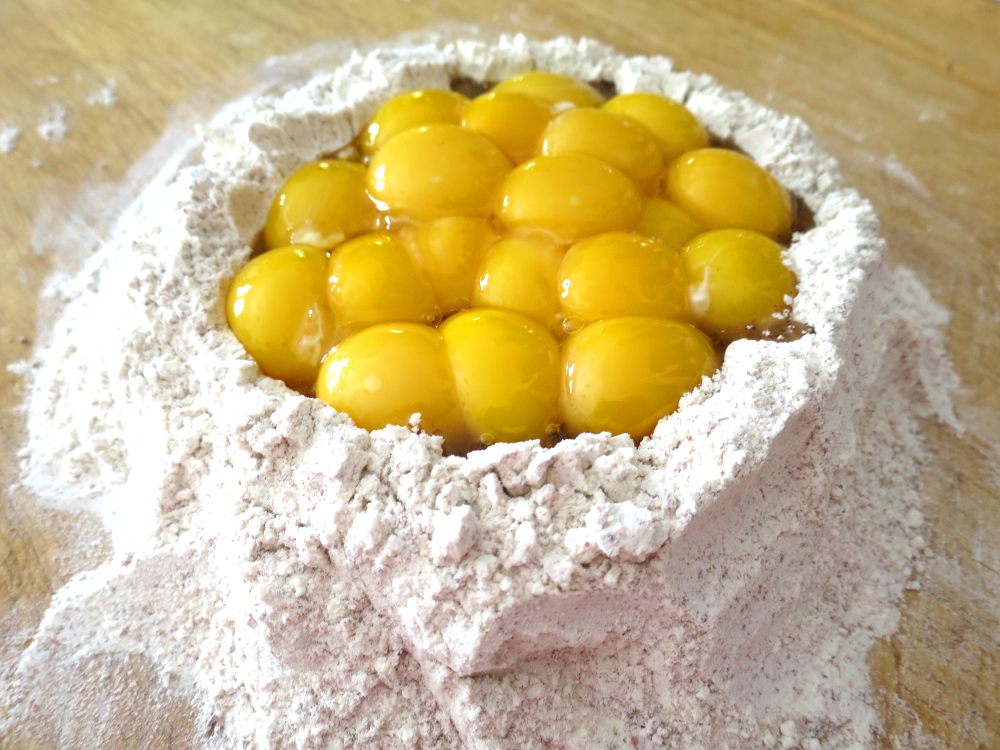 No doubt, Flour + Water has some minor flaws. It has scaling problems and occasionally instructions are not super clear. And where was the photo for the lasagna? However, if you want to learn to make pasta from scratch and you want to learn what tasty things to do with it, you have come to the right place. The bottom line is, I didn’t know how to make pasta before I started using this book and now I do. In fact, I was terrified of making pasta from scratch before this book, and now I can do it without a recipe.

If this book were split in two, the pasta method would get four stars and the slightly flawed but tasty pasta treatments would get two. As it stands, Flour + Water gets three stars.

WHO THIS BOOK IS FOR: People who want to learn how to make pasta.

How Ocean Spray Harvests and Processes Cranberries for the Holiday Season