Our Uber ride pulls up to a storefront with graffiti over the door. The only clue that we're in the right place is a frayed sign on the inside of the door with etchings of an owl, a buck's head, and a diamond, with the name "Elizabeth" printed in cursive underneath. A soccer supply outfit sits to the left of the restaurant; the shop to the right sells new and used tires. Is this really the Michelin one-star destination for which I purchased two tickets that totaled over $350?

Welcome to the intimate, idiosyncratic domain of Iliana Regan, a chef-savant unlike any other in the U.S. Regan worked front of the house in Chicago luminaries like Trio, Tru, and Alinea before circling back to the kitchen, where she had started in the food business as a teenager. She grew up on a farm in Indiana and had learned the essentials of foraging, which she drew upon when she began an underground supper club in her apartment in 2010. "New Gatherer" was the term she coined for her style of cooking.

Guests who loved the food helped her invest in the Lincoln Square space on Chicago's northern edge that became Elizabeth, named for her late older sister. She carried over the supper club vibe into the restaurant, at first offering communal seating and reservations solely through the ticketing system developed by Alinea and Next restaurateur Nick Kokonas. Open for two years this month, Regan has gradually evolved how Elizabeth operates. She did away with large-group seating in favor of two- and four-tops. Now the space feels like a rambling (if windowless) farmhouse kitchen: Regan and her corps of cooks produce dinner in plain view, under a painted pressed tin ceiling, next to clusters of thick wooden tables with mismatched chairs. 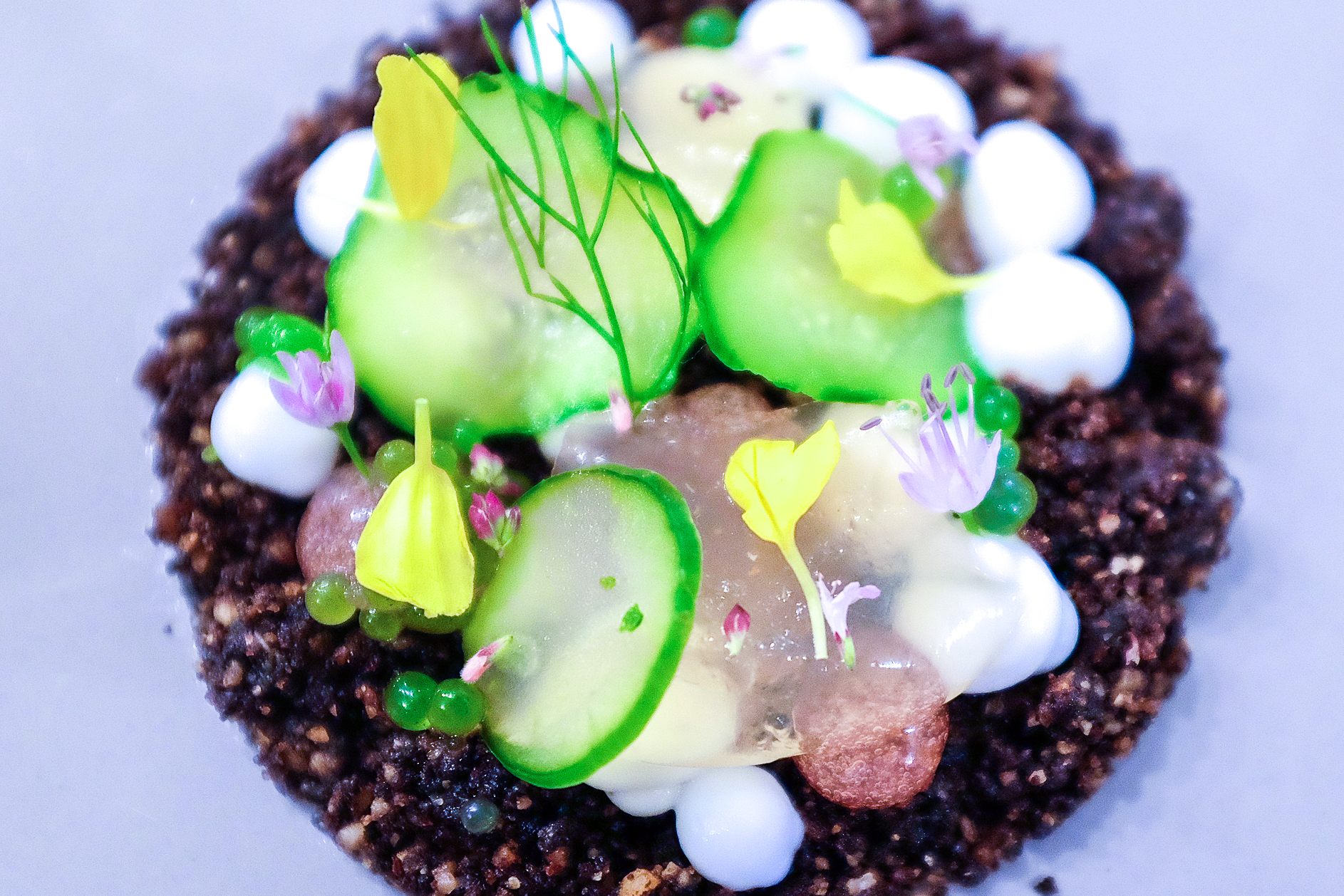 Also, the restaurant will accept traditional reservations, though the ticketing system remains in place. And initially Regan served three different menus but has wisely streamlined it into one option—a nearly 20-course meal that evokes and venerates the Midwestern terra firma.

Honestly, it took a few dishes before I warmed to the approach. The first couple bites came in a pretty glass bowl, cradling a macaron-sized orb of red wine vinegar meringue that stood in as dressing for a mini-salad. Its contents included a bit of carrot top greens, a slice of zucchini, some cubed whey, and shards of pumpernickel. The elements seemed alien to one another. The chestnut of New Nordic cuisine, edible soil (this one composed of malt powder, hazelnut and chamomile tea), showed up next as a precise circle dotted with things like parsley pearls and compressed cucumber and tiny buds. I longed for some richness to mitigate the bleak flavors. 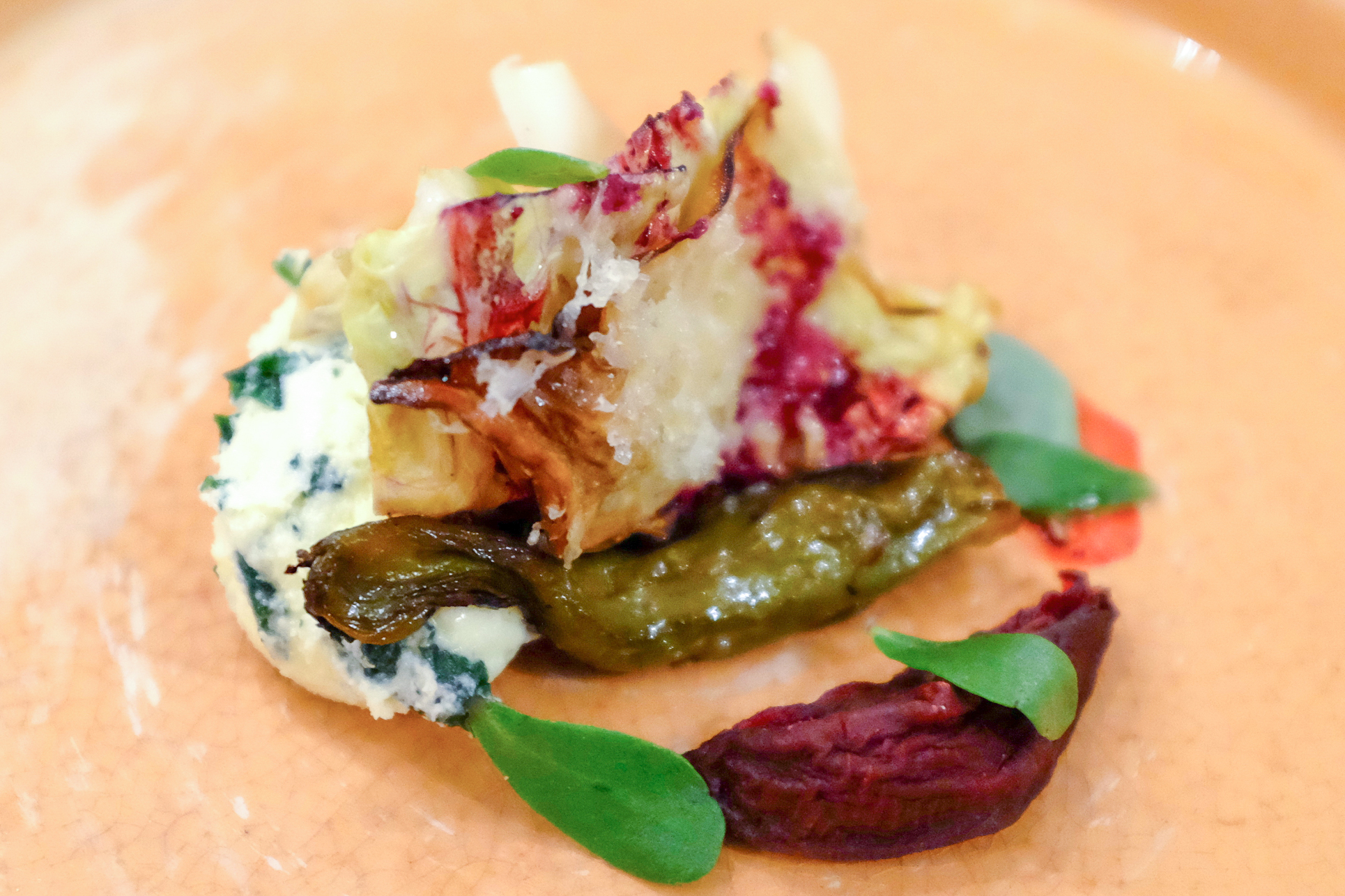 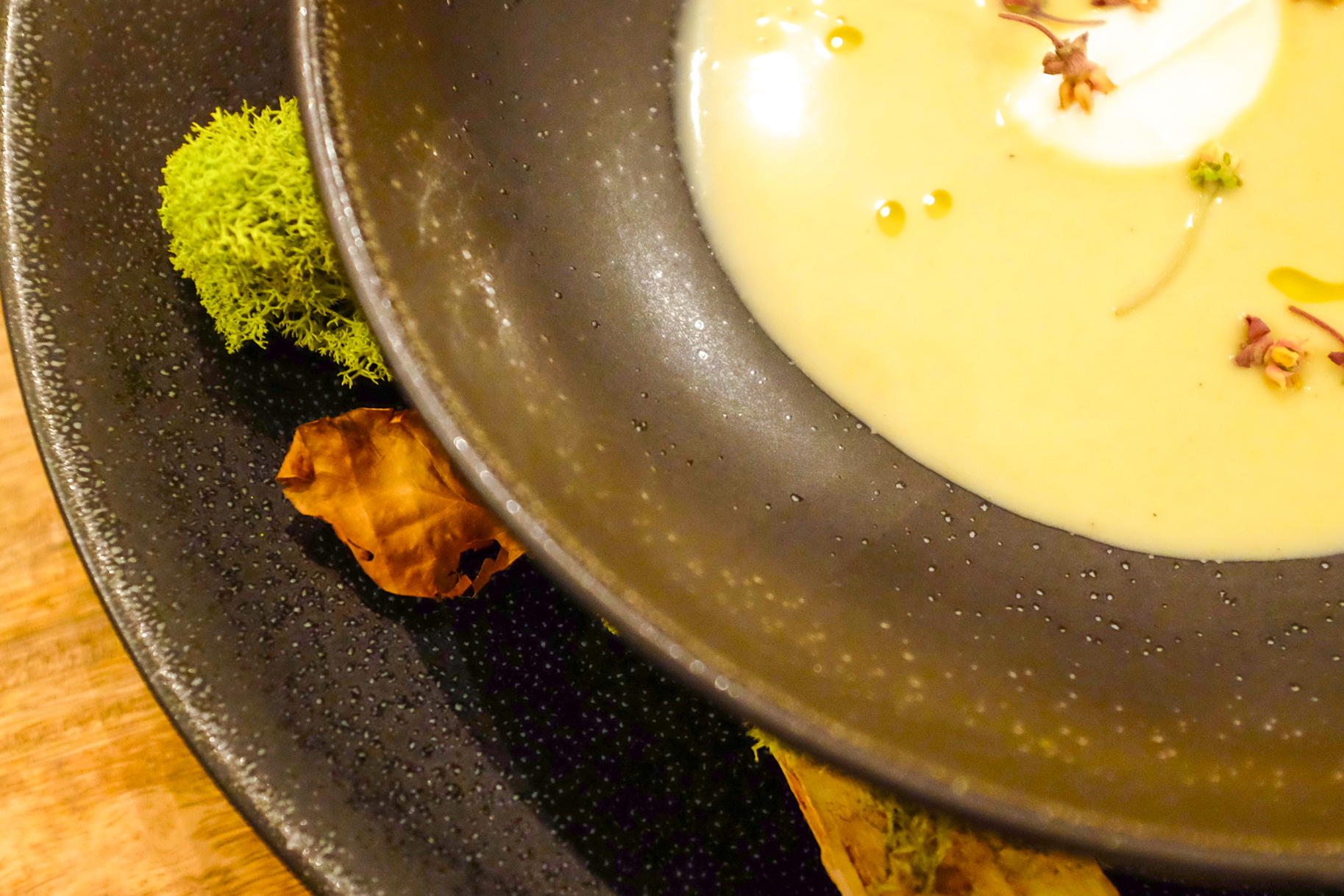 But the cooking's mood soon softened. A house-made farmers cheese of sorts, mixed with stinging nettle buddies up to petals of smoked cabbage and beets both dried and smoked. The "bear rice crispy" included, yes, a coin of cured bear meat, teetering atop puffed wild rice bound by curried marshmallow. Fried hen-of-the-woods mushrooms were breaded in acorns, which imparted the exact forest-floor nuttiness one might expect. A dollop of roasted garlic aioli alongside sped the dish back to civilization.

After several engaging variations on austere ingredients—maitake mushroom tea with cocoa nib and chamomile, a salad called "weeds and whey" ('nough said), milkweed soup tamed by hints of cream and yogurt—the emotional payoff for a generous plate of meat was enormous. I attacked thick, rosy slices of lamb leg like a famished lion. The summery compressed cherries and autumnal wilted greens alongside were just gravy. A series of gentle sweets followed: pine sorbet, apricot compote and dried plums over silken polenta, a pudding made from chamomile with sage-colored sassafras ice cream. 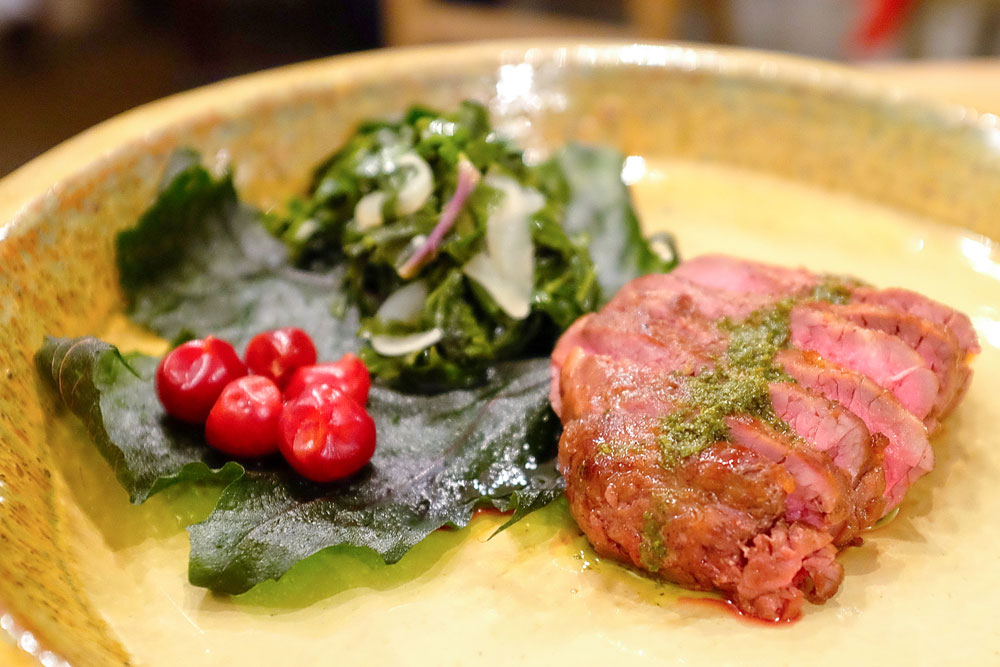 With only 24 seats, the interactions between guests and staff become chattier as the hours went by. Regan made the rounds toward the end of the evening. People lobbed questions at her; she answered earnestly about techniques and sourcing (Jasper-Pulaski Fish and Wildlife Area, two hours away in Indiana, is one of her favorite foraging sites). It's easy to see why she's earned fierce loyalists: Her commitment to such a primordial culinary experience is powerful. The food may not always furnish comforting pleasures, but it does fascinate.

Our review of Elizabeth Restaurant

Cost
Multicourse meals run from between $135 to $165 per person.
Sample dishes
An earthy feast in which ninety percent of the food is either local, gathered, or collected from a garden by the staff. Chef-owner Iliana Regan forges an exceptionally style of cooking that takes cues from New Nordic philosophy, filtered through a Midwestern lens.
What to drink
Wine pairings cost $100; the egalitarian selection traipses through both Old World and New World vineyards, with a round of sake thrown in as well. Non-alcoholic pairings cost $40 and echo the food's foraged sensibility, with curios like elderflower tea, cherry juice fortified with wild grapes, and soda flavored with Queen Anne's lace.
Bonus tip
Elizabeth employs a ticketing system à la Next, though you can also call the restaurant and talk with an actual human about securing a reservation.