It's wise, particularly in warmer weather, to make Martin Picard's shrine to excess the first stop on an eating trip to Montreal. You need to show up hungry to the point of predatory. The city's dining scene thrives on fortifying food, but Au Pied de Cochon is the most unremitting-fantastically so.

Picard drew attention to Montreal anew when he opened PDC in 2001, reenergizing classic Quebecois protein bombs and fetishizing foie gras. He spurred the appearance of poutine on U.S. menus with his infamous version of fries covered with gravy, cheese curds, and a lobe of duck liver. But that's only the beginning at PDC. There are croquettes, tarts, a terrine, and a burger deifying foie gras; a pig's foot (the restaurant's namesake) is both stuffed and crowned with foie. The liver onslaught works best in dishes that emphasize contrast, like the lobster roll, garnished with hunks of foie, or the "canard en conserve" (duck in a can), another signature. A server opens the can at the table, dumping out a boiled brown mass whose unsightly form belies its deliciousness: Cabbage and a blast of balsamic vinegar slice through the richness of a half duck (boned) and a splatter of foie. 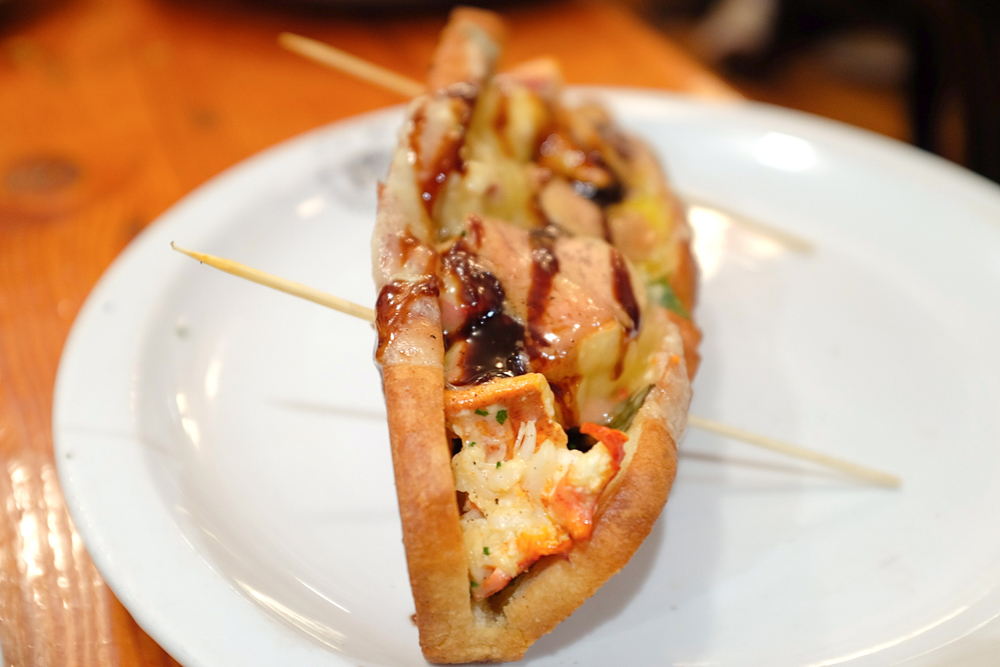 A busboy whisked away our sodden, largely uneaten cod croquettes without a word. There have been mixed reports of PDC's service over the years, and indeed the staff seemed preoccupied: resetting tables took priority over attentiveness. (Customers seemed not to mind amid such brio.) We waited half an hour to be sat for our reservation; at least the besieged hostess offered us complimentary beers while we stood in the narrow foyer. And dining later in the evening meant the staff didn't rush our meal as much. 536 Avenue Duluth East, 514-281-1114, website; Open for dinner Wednesday-Sunday 5 p.m. - midnight.

Poutine never gets a break. American food obsessives scoff at its omnipresence over the last decade, though 15 years ago it was still a source of regional shame and adoration—a dish of working-class Quebecers mocked by other Canadian provinces and the French media. Montreal has achieved peace with poutine in recent years, though. The basic fries-gravy-cheese formula lends itself to endless high-low variations that show up proudly on menus all over the city.

La Banquise, a 24-hour diner with a Day-Glo interior, has specialized in the dish for decades. The restaurant started in 1968 as an ice cream shop that soon switched to hot dogs and fries. Poutine debuted on the menu in 1980 with two versions—the traditional threesome and an Italian variation with mozzarella and a beef-laced tomato sauce. As demand grew, so did the variations, which now hover around 30. Many sound questionable. To name a few: "La Boogalou," with pulled pork, cole slaw, and sour cream; L'Abreuvoir, featuring sliced corn dog; and the very un-Jamaican-sounding "La Raggae" avalanched with ground beef, guacamole, chiles, and diced tomatoes.

A moat of industrial-strength brown gravy and bouncy cheese curds that soften but never wholly melt.

Just send over La Classique, merci beaucoup. Et voila: fries with caramelized edges like plantains, a moat of industrial-strength brown gravy, and bouncy cheese curds that soften but never wholly melt into the morass. Of course it's trashy junk food, but as an unapologetic poutine fan I'll take this over a Big Mac every single time. An order of La Danse—a sane-sounding combination of shredded chicken, bacon, and onion with peppery gravy—also landed on the table, but I took one bite and happily went back to the original. A walk through the restaurant's Plateau Mont-Royal neighborhood, charming with small shops and leafy side streets, helped fend off the post-poutine stupor. 994 Rue Rachel East, Montreal, 514-525-2415, website; Open 24 hours.

The lamb shank was barely visible—a shard of bone jutting out above a fleece of yogurt and rice. Almonds, pistachios, crisp fragments of toasted pita and Aleppo pepper flakes bleeding red-orange lay scattered atop. The combined ingredients, a rhapsody of warming and cooling contrasts, illustrated what makes the best Middle Eastern cooking so charismatic: the yin of the yogurt and the yang of the meat, the nuts crunching against the yielding rice, the pita chips steeping in the gamey broth at the bottom of the bowl. And it was but one ace among a masterful spread.

Damas is an upscale restaurant serving Syrian cuisine. How many times is that sentence written in North America? The food translates lyrically: Syrian cooking follows the same spice routes as its neighboring countries, with heavy Turkish and Persian influences. Lamb sauteed in butter adds richness to hummus that goes easy on the tahini and garlic. Glittering pomegranate seeds add visual and textural pop to fattoush brimming with diced vegetables and herbs. Citrusy-earthy sumac further brightens the salad. Freekeh, smoked green wheat that's a staple in the region, adds chew and depth to a dish of baked chicken studded with nuts, raisins, and mint.

Our sincere, alert server at Damas—the French name for Damascus, Syria's capital—steered us toward the Middle Eastern equivalent of the Caprese: fried discs of brined cheese called akkawi spiced with nigella seeds and za'atar and fanned out over sliced tomato. He also rightly praised the kunafa, the beloved dessert of stringy sweetened cheese encased in semolina dough and covered in pistachios.

Arabesque prints accent the long dining room without getting too precious or gimmicky. Do weave a visit to the restaurant in among the Gallic bistros and modern hot spots. Damas is more evidence, along with luminaries like Philadelphia's Zahav, that elegant Middle Eastern cooking is finally taking its overdue and deserved place in North America's food culture. 5210 Parc Avenue, Montreal, 514-439-5435, website; Open for dinner Monday-Friday 5:30-10 p.m., Saturday 4-11 p.m., Sunday 4-10 p.m.