Share All sharing options for: The Road to the 38: O Ya in Boston

A dish called "legs and eggs" could yield something bizarre in the wrong hands—a Thomas Keller knockoff gone awry, a stab at wit that tries too hard and peters to a flat punchline. At O Ya, what comes under that label is an expression of harmony, and one example of chef-owner Tim Cushman's elegant redirection of Japanese cuisine. The idea for the creation began with a piece of nigiri sushi, the rice properly warm and threaded with vinegar. Cushman, a New England native, had Maine lobsters in his kitchen and wanted to use every part of them. He thought about his childhood, when his mother would employ a rolling pin to extract the meat from the creature's spindly legs. They were Cushman's favorite part. 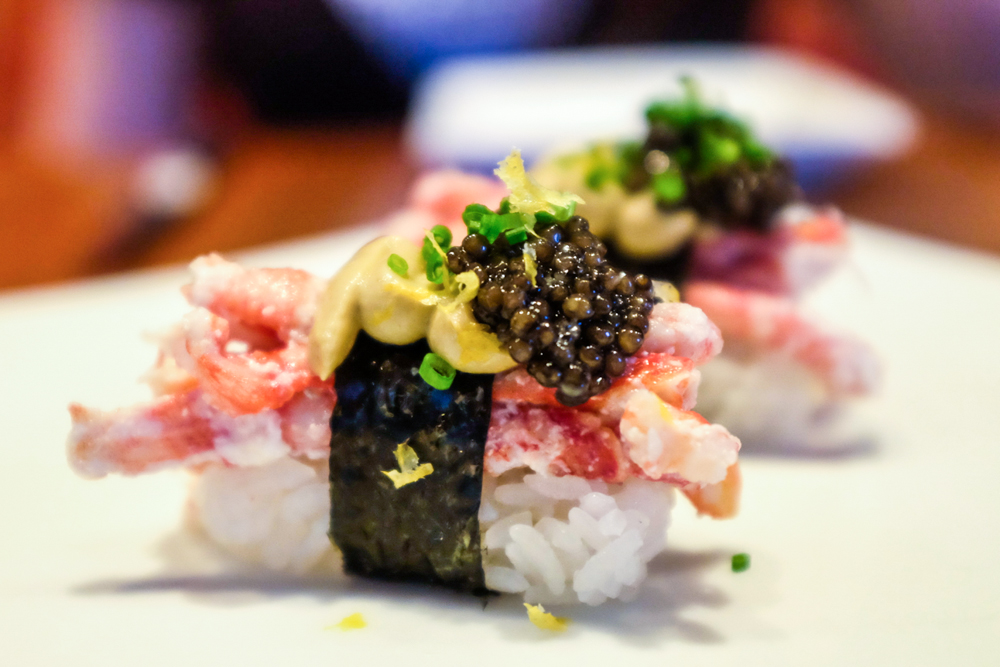 To fortify the squiggly leg meat, bound to the rice by a nori ribbon, Cushman added a few grams of osetra caviar and tomalley sauce (made from the lobster's liver) for uni-like sea funk. Flurries of yuzu zest and diced chives sharpened the pitch. The result was a thumb-size masterwork, luxury minus the pretension and tasting of cultures that entwined without conflict. It cost $27 for two pieces. I'd gladly pay it again.

O Ya's 40 seats, half of them at a long bar, have been steadily occupied since the restaurant opened in 2007. It was an improbable debut. The place resides in a former firehouse in the city's leather district near the waterfront. The area is clogged with commuters during the evening rush hour and then quickly falls into an otherworldly silence. Cushman, who runs O Ya with his wife, Nancy, had never owned a restaurant before, though he had worked in food for three decades. He'd become a consultant specializing in stranger-in-a-strange-land restaurants: an Italian trattoria in Hong Kong, a deep-dish pizza parlor in France, a tapas bar in London. All the cross-pollination gave him the confidence to create a menu built on Japanese cuisine (which he loved but had no formal training in) that incorporates a worldly array of flavors. 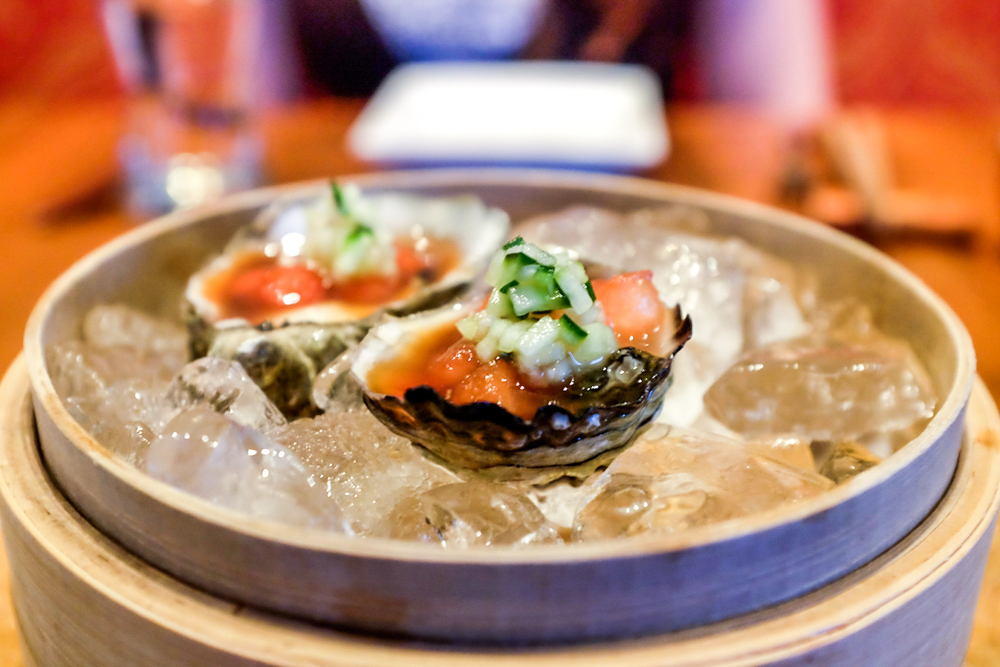 Kumamoto oyster with watermelon and cucumber

Also: Cushman is a guitarist who graduated from Boston's Berklee College of Music. The man understands structure and cadence, tension and resolution, and that comes through in his cooking. He composes in bites, so his food is more in a form resembling virtuoso pop tunes (Brian Wilson, not Katy Perry) rather than lengthy symphonies. He sears hamachi, adding smokiness to sweetness, and then layers in acidic contrast with banana pepper mousse—odd-sounding but effective. Cucumber mignonette and tiny watermelon spheres gently buoy kumamoto oysters. Pork ribs are brined in tea, the tannins standing up to the meat. Olive oil bubbles, atop diver scallops in sage-scented tempura, fade like last night's dreams before your taste buds even register them.

Cushman's rhapsodies can be experienced either à la carte or through omakase/tasting menus. The basic seventeen-course tasting menu starts around $185, give or take the night's ingredients, with a grander presentation of $285 for seven additional courses embellished with caviar and other rarified ingredients. Yes, the latter puts the meal's starting point somewhere between San Francisco's Saison and Los Angeles's Urasawa. In this instance, I prefer rambling through Cushman's ninety-plus à la carte possibilities. Many of the best dishes are on both menus, and I was more drawn to select what felt most enticing in the moment. Our server had a cowboy-casual demeanor, disarming for a Japanese restaurant, but he paced the meal deftly and doled out solid advice on sakes and wines by the glass. (Hint: Rieslings work well here.) 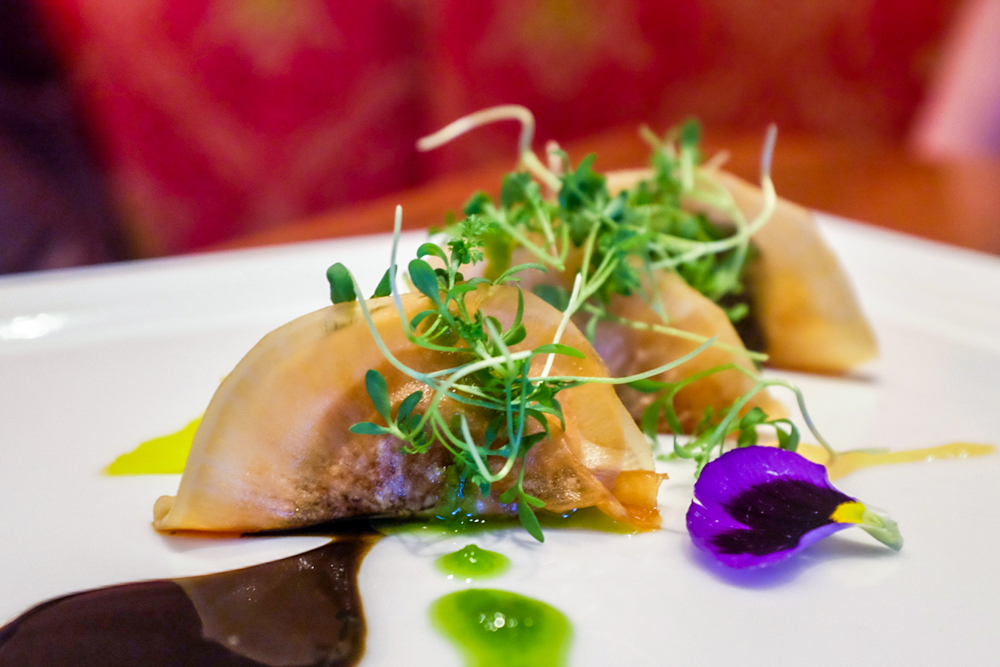 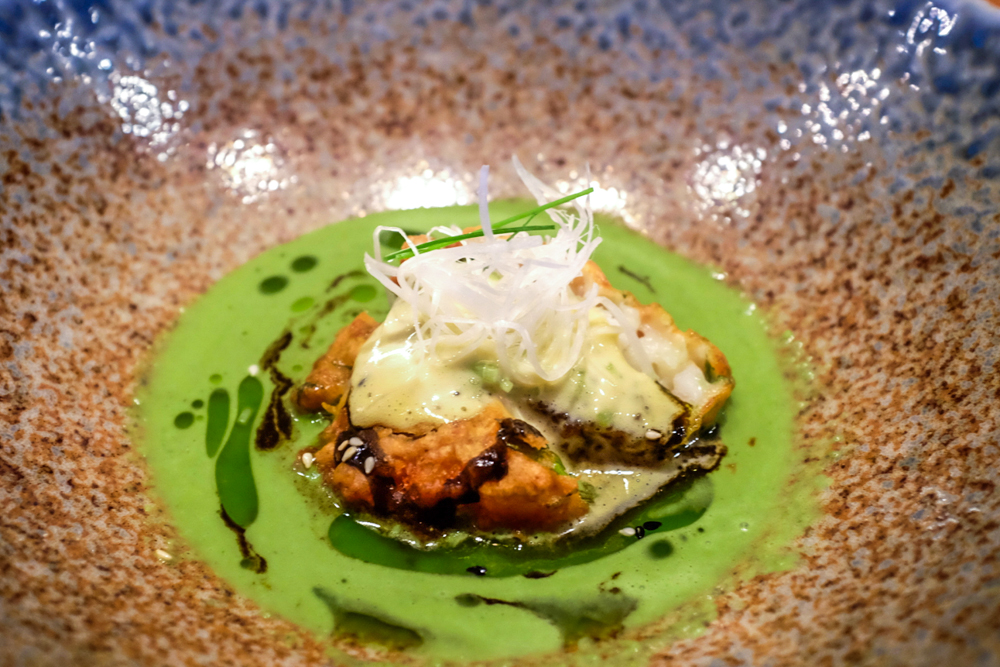 Two of us devoured seven riffs on nigiri and sashimi: Beyond the "legs and eggs," another particular favorite was uni crowned with dashi gelee and lightened by the mysterious, vanilla-like essence of tonka bean. Daikon dumplings acted as a bridge course between sushi and cooked items: The short-lived but influential raw foods restaurant Roxanne in Larkspur, California, inspired the dish. Cushman soaked the radish in a soy marinade to soften it, folded the slices around a miso-nut puree with mild kimchee and toasted garlic, and dressed the plate with nori sauce, ginger-scallion oil, and a variation on mayo made with pine nuts. Lots going on, yet it all clicked. We enjoyed a slow-cooked onsen egg (named after the hot springs in Japan) bathed in dashi but liked it even better as part of a bowl of thin somen noodles with fried squid. 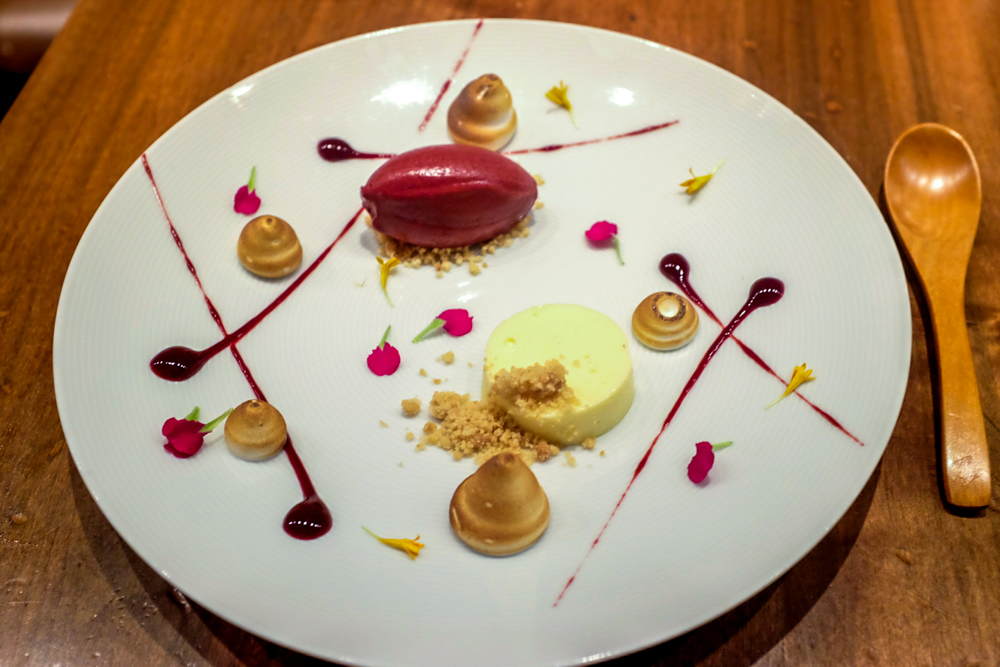 If you order foie gras nigiri, one of Cushman's signatures, there's no need for dessert. Servers know to bring the foie, painted with balsamic chocolate kabayaki (eel sauce) and capped with cocoa pulp, as a finale; a tumbler with a splash of aged sake comes alongside. Yuzu curd with spiral meringues and streaks of blackberry-jasmine sauce, while pretty, felt redundant afterward.

After six years focusing on their firstborn, the Cushmans are expanding to New York. In May they launched a rooftop bar in Manhattan's Park South hotel, which is undergoing renovation and is where the Cushmans plan to open a restaurant next spring. Watching Tim divide his time will be fascinating. I can't imagine how his Boston corps of cooks (including several Japanese sushi chefs behind the bar) will manage to keep the catalog of dishes straight without him; maybe he'll streamline the menus. At the moment, O Ya definitely merits a splurge. It was a meal that left me whistling a happy tune down the lonely streets outside.

Our review of O Ya

Cost
The restaurant offers both à la carte and tasting menus. À la carte dishes, mostly plates of two to four exquisite bites, run between, say, $9 for a warm chive blossom omelet to $38 for a salad of bluefin tuna and smoked salmon tartare with five grams of Russian osetra caviar. The basic tasting menu is $185 (though that price can vary daily) for around 17 courses, and a $285 menu usually includes around seven additional courses that include top-flight ingredients. The à la carte menu lists over 90 dishes—including creative variations on nigiri and sashimi, noodle bowls, and meatier dishes like tea-brined ribs—and I enjoyed picking and choosing from among those rather than having the meal pre-set.
Sample dishes
"Legs and eggs" nigiri, hamachi nigiri with banana pepper mousse, uni sashimi with dashi gelee and tonka bean, chilled daikon dumpling, warm somen noodles, wild rock shrimp kakiage, tea-brined ribs, foie gras nigiri with balsamic-chocolate-eel sauce for dessert (trust me).
What to drink
Co-owner Nancy Cushman oversees the beverage program, which highlights sake but also veers into wine, beer, and Japanese whisky. It's a pricy collection, but it's possible to find middle-of-the-road pleasures like Chikurin Karoyaka ($45), an easy-to-drink junmai ginjo sake that plays well with many flavors. A sake flight runs $60.