The Road to the 38: SPQR in San Francisco

Share All sharing options for: The Road to the 38: SPQR in San Francisco

The plate of brassicas and grains at SPQR looks—and tastes—like the next evolution in Cal-Ital cuisine. Baby kale leaves, wilted rapini, and pale green Romanesco broccoli (the conical tips surely an inspiration to Jean Paul Gaultier) are arranged into a careful jumble among farro, quinoa, and sprouted legumes. Ghostly blobs of burrata and hidden pockets of avocado smooth the many sharp flavors. A thin dehydrated chip made of vegetables, seeds, and nuts lends complex crunch. One of many attentive servers drizzles over freshly pressed olive oil that helps link all the elements. The eye doesn't know quite where to land, but the fork finds new, arresting combinations with every go-around.

And then there are the pastas—some smoked, some made with things like blood or mustard, some sauced with white chocolate. Bay Area residents may not want to hear this, but Matthew Accarrino reminds me of a Los Angeles chef. He was Tom Colicchio's opening chef de cuisine at Craft in L.A.; he had leadership positions at Rick Moonen's New York restaurant, RM, and Per Se prior to that. Like all plugged-in California cooks, he revels in the ingredients and growing season. (A garden in Napa Valley? Check.) His cooking, though, has a kinetic machismo that in particular brings to mind the busy-but-damn-that-works food from Jon Shook and Vinny Dotolo, who run the restaurants Animal and Son of a Gun in L.A. While Shook and Dotolo often draw on their roots in the American South, Accarrino looks to his Italian heritage.

He began taking SPQR in rambunctious new directions when he took over the kitchen in 2009. When the restaurant opened in 2007 it specialized in Roman dishes—hence the name, which is an abbreviation of Senatus Populusque Romanus, or "The Senate and the Roman People." Nate Appleman, chef at SPQR and its sister restaurant, A16, moved on two years later.

Accarrino's food doesn't dive deeply into any one region. And he's adopted the West Coast penchant of sprinkling in seasonings from around the globe. The French-Indian curry blend vadouvan adds sweet spice to a salad of carrots, lentils, and dates; ubiquitous Asian black garlic lurks among sea scallops. Most of the dishes have enough subtle or overt cues to keep the brain registering the meal as Italian. (And for those who've been to Rome, the congenial but cramped 50-seat space will evoke a snug trattoria.) 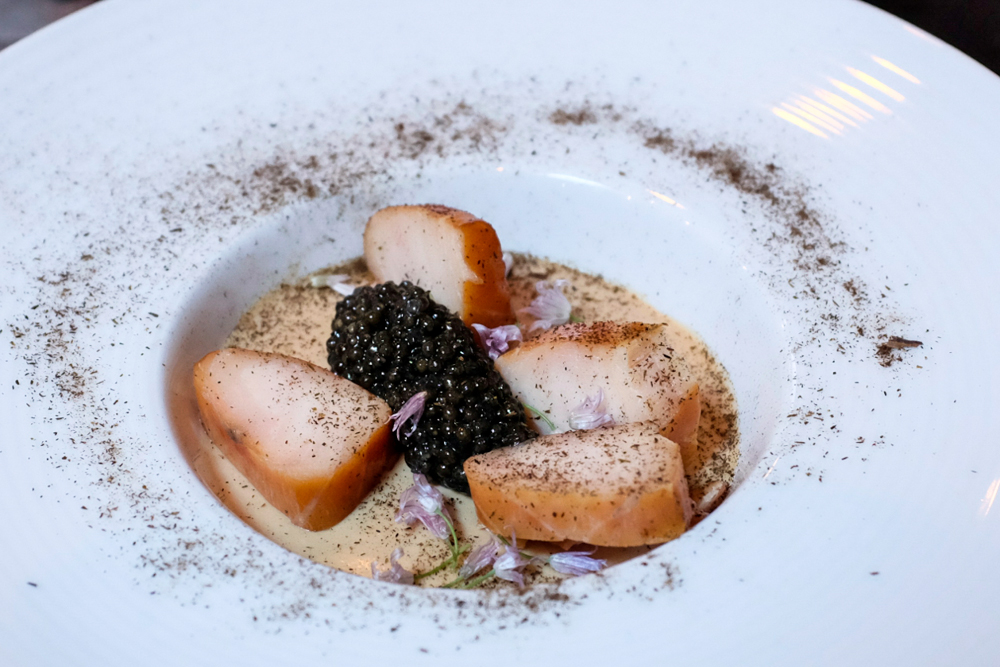 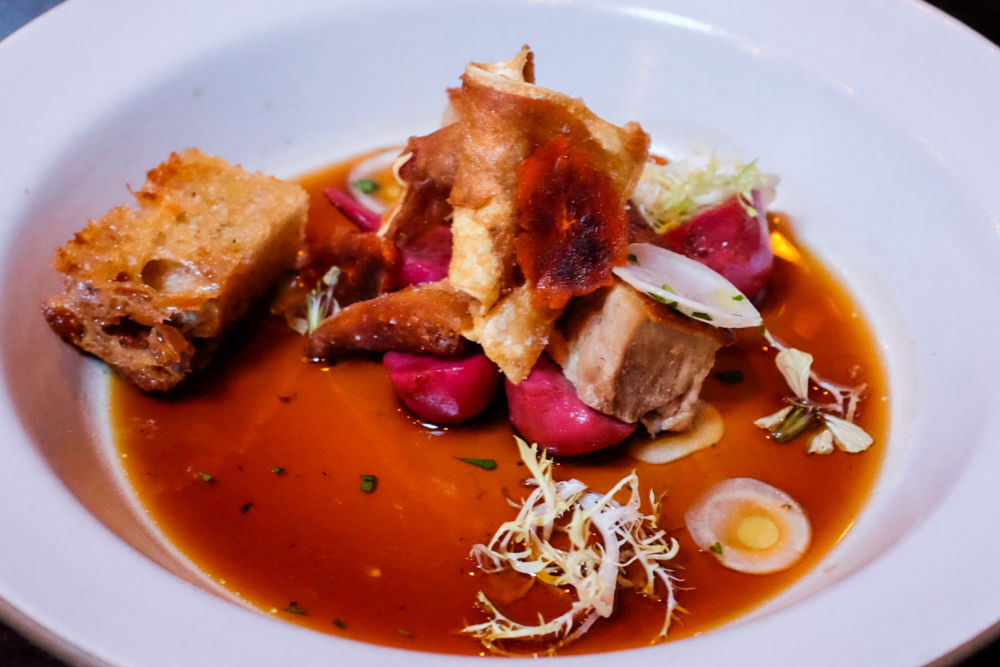 Do begin with something green—the brassicas or perhaps a chilled pea soup with a dollop of mint crema and smoked pepper—because dinner gets meaty and decadent fast. I can ingest alarming amounts of richness, but two of us couldn't finish a sweet onion panna cotta, even with lobes of cured sturgeon and caviar atop to cut the intensity. Imagine caramel ice cream gone savory and served as a first course. Try it when there's a group for sharing. Roasted, crackly-skinned suckling pork lulled in Parmesan consommé—a literal umami bath—was offset by pickled turnips and pleasantly astringent dried persimmon.

The menu's "primi" section, full of starchy marvels, is the reason that people who care about food should eat at SPQR. Accarrino's pastas unite imagination and execution exquisitely. The piquant edge to fine-textured mustard capellini enlivens a guinea hen ragout with savoy cabbage. (Atop the capellini he was shaving the last of his stash of Mimolette, the aged French cheese that the FDA has ludicrously banned from entering the U.S.). In a spate of Italian-American wit, he pairs Meyer lemon fettuccine with a creamy "Alfredo" sauce made from abalone. Additions of bottarga and garlic chips take it in red-blooded new directions. Ringlets of pasta made with blood, in a Tuscan blood sausage ragout was funky business. For a hit of offal, I much more strongly recommend the liver-strewn "dirty rice" crowned with sultry slices of Peking-style duck. 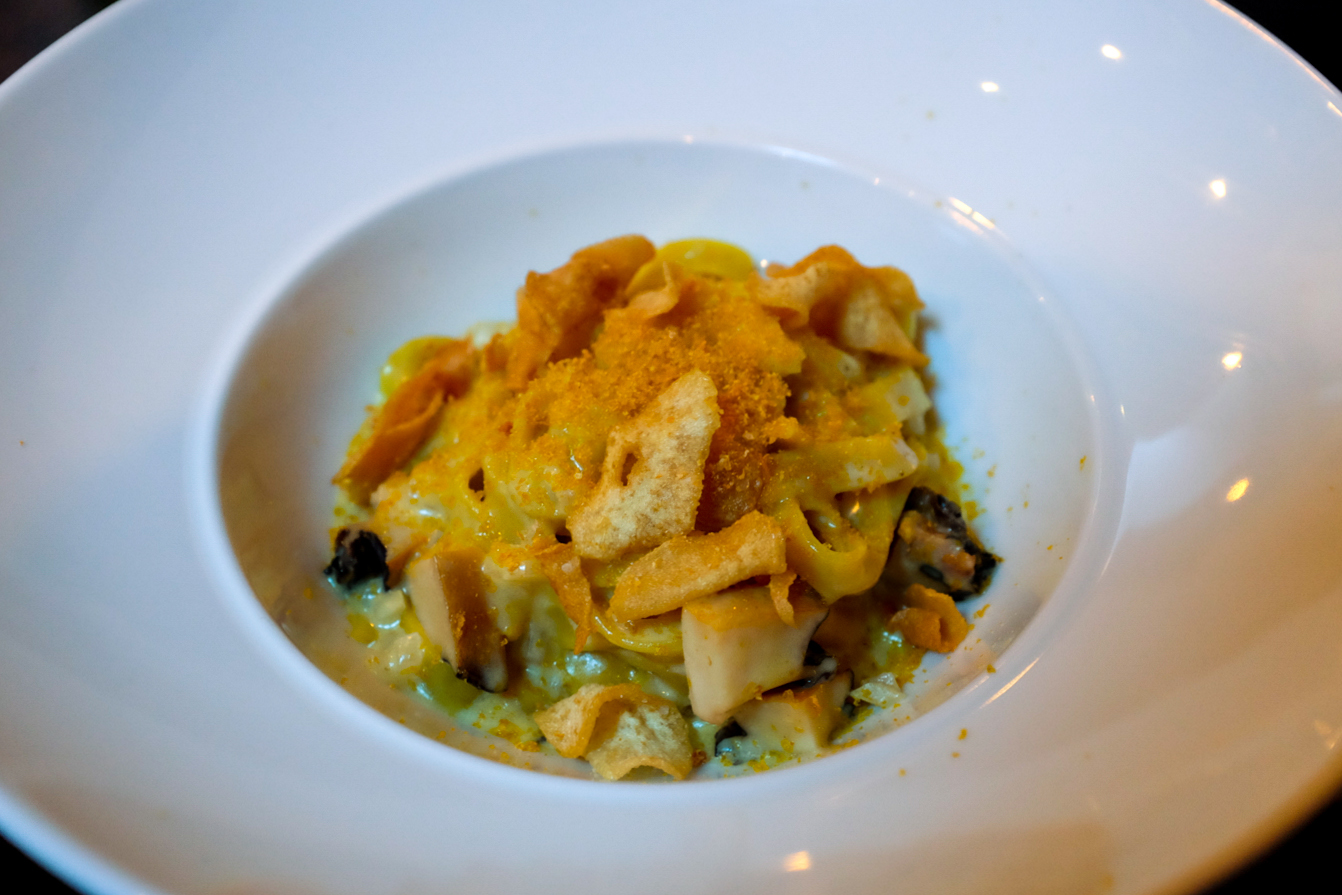 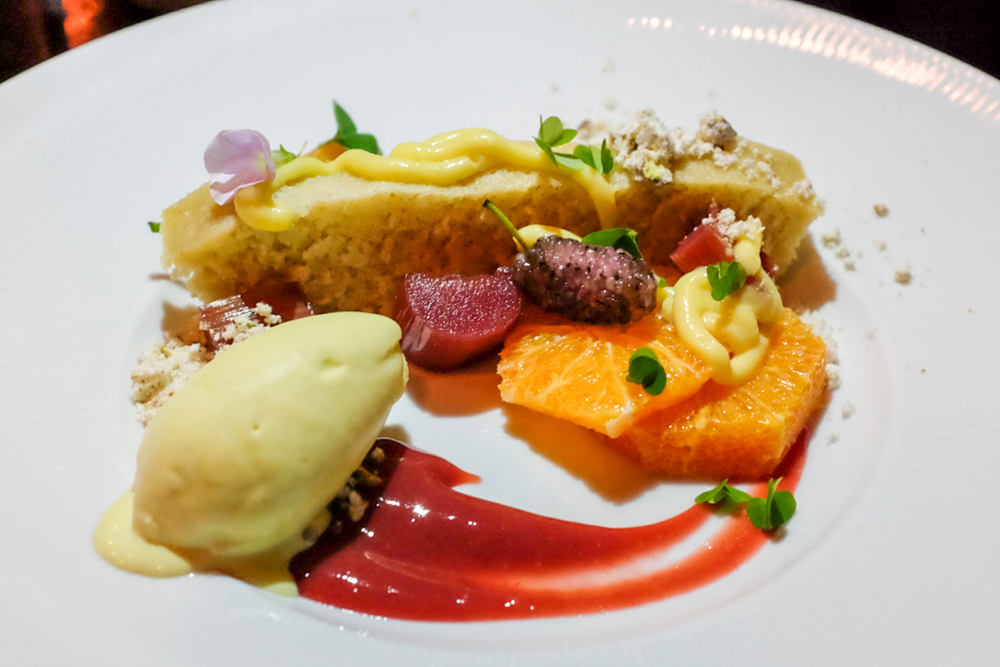 Go easy with dessert: buttermilk panna cotta (much lighter than its oniony counterpart) with strawberries and a chocolate mint ice that conjures childhood outings to Baskin-Robbins does the trick. Honestly, I could have skipped the sweets and had one more pasta—maybe the saffron lasagnette draped with a Bolognese variation using mushrooms. Accarrino has a mighty talent. I'll give it a year or two, but when news hits that he's decided to leave SPQR and start his own restaurant, I won't be surprised.

Our review of SPQR

Sample dishes
Brassicas and grains with burrata, "dirty rice" with Peking-style duck, mustard cappellini, Meyer lemon fettuccini, buttermilk panna cotta.
What to drink
Italian wines; the selection is one of the country's finest. The staff steeps in the stuff and can recommend smart by-the-glass pairings or bottles from every region and in every price tier. At meal's end, linger over a macchiato made with beans from Blue Bottle Coffee or, for something lower octane, white tea from Chinatown's renowned Red Blossom Tea Company.
Bonus tip
To dine in the center of the action, call the restaurant to reserve seats at the chef's counter, directly in front of the kitchen. The bar is reserved for walk-ins, though it's usually possible to reserve a prime-time slot (particularly midweek) on OpenTable with a couple weeks' planning. Also: Avoid driving here if possible. Parking in this area is hell.