Share All sharing options for: The Eater Young Guns Class of 2014 REVEALED

Ladies and gentlemen, Eater is thrilled to present the much-anticipated Eater Young Guns Class of 2014, a group of 16 of the most distinguished young chefs, restaurateurs, sommeliers, and hospitality industry professionals across North America. These are the junior statesmen of the culinary world who have most distinguished themselves this year and who are its next stars. Over the past two months, you've met them and all of the semi-finalists from this year.

The class is comprised of seven women and nine men. There are chefs, sous chefs, pastry chefs, food truck operators, one GM, a butcher, a barista, a mixologist, and a pizza chef. They hail from across North America and represent a vast number of cuisines and approaches to their professions. The youngest is just 23 and the oldest is 40, with less than a year of professional experience.

The Eater Young Guns Class of 2014 will be celebrated at a gala event in Los Angeles this evening. 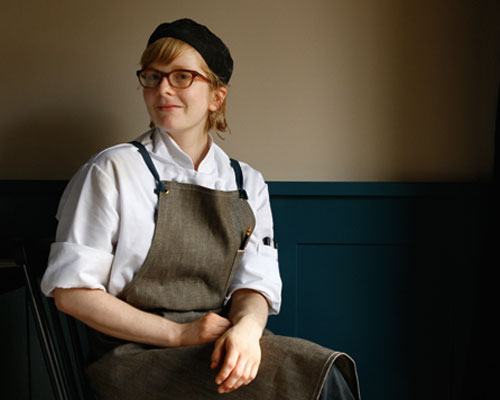 What she does: Pastry chef, Fork, Philadelphia
Why she's a Young Gun: "Samantha Kincaid is one of the most dedicated culinary professionals I have seen since owning Fork for 17 years. Her work ethic speaks for itself, setting standards for all around her. Always looking to gain additional knowledge, she is constantly out looking for inspiration from local farmers markets, farmers, etc. With Chef Eli Kulp, she has fostered an environment where savory and pastry have much greater intersection than the past. Her aesthetic and willingness to push the envelope is what makes her pastries unique." — Ellen Yin, owner Fork[Photo: Jason Varney] 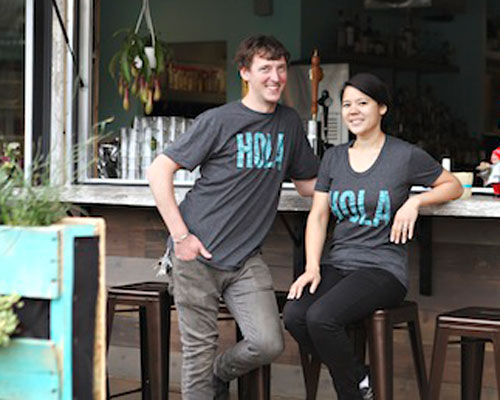 What they do: Co-owners/chefs, Hola Arepa, Minneapolis
Why they're Young Guns: This pair had practically zero professional cooking experience when they launched their food truck, Hola Arepa, in Minneapolis. Toss in the fact that they were serving foods and flavors not yet pioneered in the Twin Cities, and it seems like the two would have trouble finding a following. And yet, their truck was a smash, with lines 50 people deep at lunch. As Eater Minneapolis editor Claire Stanford writes, "Nguyen and Grudem recently translated Hola Arepa's success into a 115-seat brick and mortar restaurant, where they turn out exciting dishes like shitake cachapas with huitlacoche, truffle oil, and poached egg to huge crowds every night, proving that Midwesterners have a hunger for more than just meat and potatoes." And they're looking to expand.[Photo: Katie Cannon] 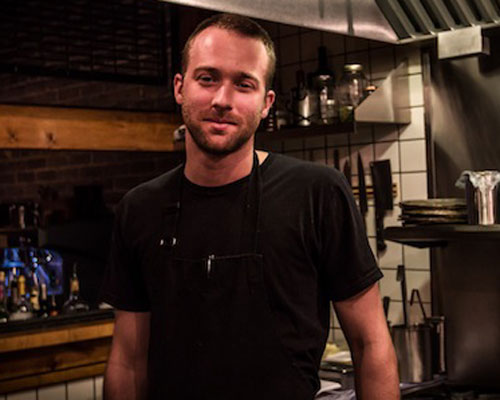 What he does: Chef, Hôtel Herman, Montreal
Why he's a Young Gun: He's doing artful, terroir-driven food in Montreal, which Eater Montreal editor Ian Harrison called "a mindful salvo in the face of so much foie gras." While Mercier might be reserved, his bosses tell stories about him coming in on days off to test new dishes, and always passing credit along to others. To hear the owners of Hôtel Herman tell it, they created the place as an outlet for Mercier's more delicate touch.[Photo: Randall Brodeur] 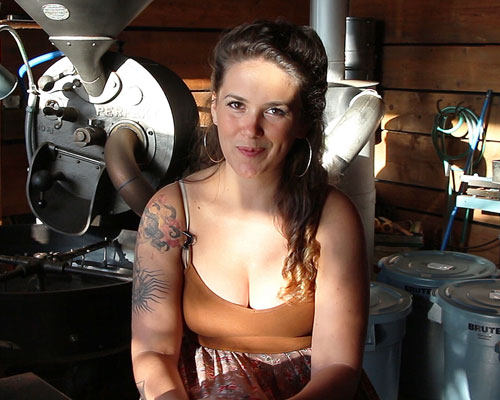 What she does: Retail manager/barista, Panther Coffee, Miami
Why she's a Young Gun: "She's a total badass. If she was a cook, she'd be who I want on my team. She's a little cocky, very creative. She's fast, she makes a mean coffee. I think that young, creativity that's a little cocky, that's what we look for. She's won lots of competitions in the barista world. Great trainer, great communicator. She's thoroughly involved with their sourcing, their training program." —Chef/restaurateur and Eater Young Guns committee member Michael Schwartz[Photo: Eater] 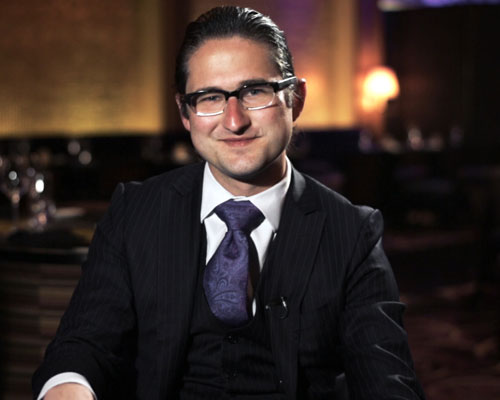 What he does: Property mixologist, Aria, Las Vegas
Why he's a Young Gun: Schoettler swooped in from Chicago and took over as the mixologist at Aria, the expansive hotel with 15 bars and lounges. He overhauled the entire program and pushed the cocktails to their limits, introducing a rotovap and other innovative techniques. Schoettler even had the back bars revamped to reflect just how important ice is to his craft. He reinvigorated Aria, and got an enthusiastic endorsement from Eater Vegas editor Susan Stapleton, who tracks the one-time executive chef of The Aviary as he breaks new beverage ground in Sin City.[Photo: Eater] 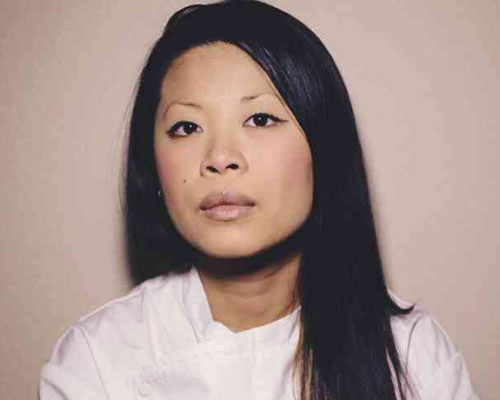 What she does: Sous chef, ink, Los Angeles
Why she's a Young Gun: "She is an integral part of the chef team and can be relied upon for her expertise inside and outside the kitchen (events, etc.). [Mei is] a great team leader and morale booster in a high-pressure kitchen...and a respected member of LA culinary community. She constantly seeks opportunities for growth and learning, like a recent food trip to Hong Kong." —Michael Voltaggio, chef/owner ink and Eater Young Gun Committee member[Photo: Mei Lin] 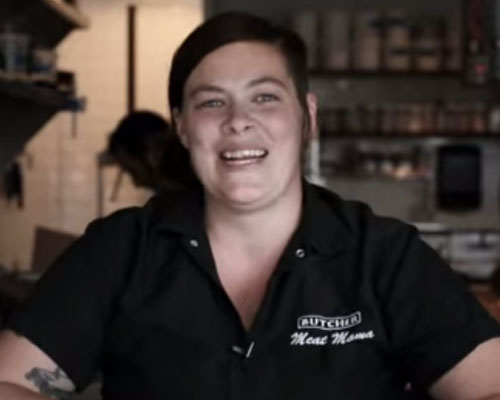 What she does: Head butcher, Cochon Butcher, New Orleans
Why she's a Young Gun: "She's 28 years-old, and came to Butcher about three years ago to learn about butchering, and she now heads up the program. She's a bad-ass and has found her life's work with the Link team." —Ashley Christensen, Chef/owner and Young Gun Committee member[Photo: Eater] 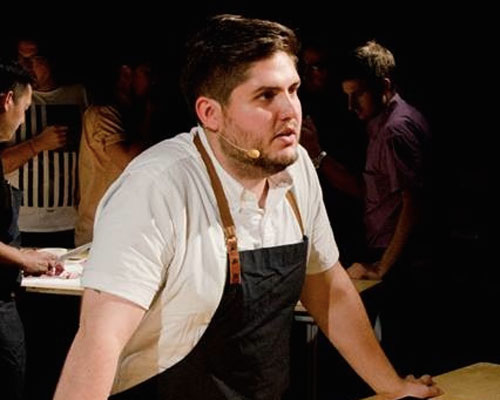 What he does: Pastry chef/owner, Contra, New York
Why he's a Young Gun: He opened his first restaurant at 23, and it's proving to be one of the hottest places in New York. Contra earned two stars from Pete Wells of the New York Times, who called their work "expressive cooking." In true Young Gun fashion, he's not stopping. Eater New York recently reported on his new idea for a more casual space.[Photo: Mickaël A. Bandassak] 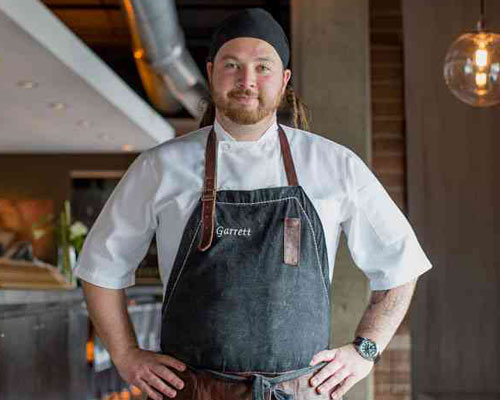 What he does: Chef, Torino, Ferndale, Michigan
Why he's a Young Gun: "He turned a small coffee shop with a closet-sized kitchen into a culinary gem. His tasting menu only restaurant is one of a kind in the area, and he has not only brought a new kind of dining to Metro Detroit, but he has done it well! His menu changes weekly, his plates are visually stunning, and his food is absolutely fearless (and most importantly delicious!)." —Eater Detroit editor Victoria Trudeau[Photo: Michelle Gerard] 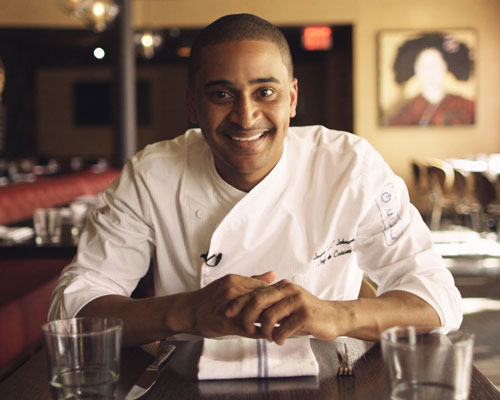 What he does: Chef de cuisine, The Cecil, New York
Why he's a Young Gun: He's won attention and respect for promoting unsung flavor pairings at The Cecil in Harlem, New York, where he landed after cooking at Tribeca Grill, Jane, and Centro Vinoteca and winning an episode of Bravo's Rocco's Dinner Party. He's also a published author. [Photo: Eater] 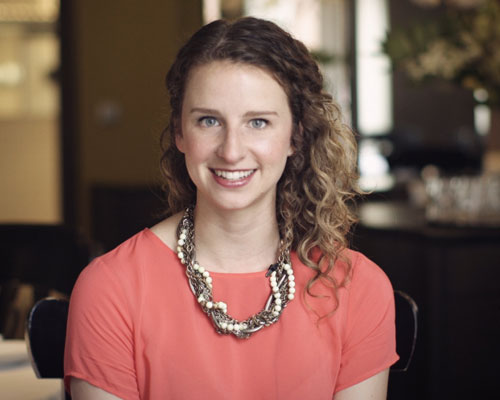 What she does: General manager, Menton, Boston
Why she's a Young Gun: "She has left her mark in an outstanding way in each of her positions. She has clearly built a tremendous body of work around community, excellence, and has shown real enthusiasm and a desire to lead." —Richard Coraine, restaurateur and Eater Young Gun Committee member[Photo: Eater] 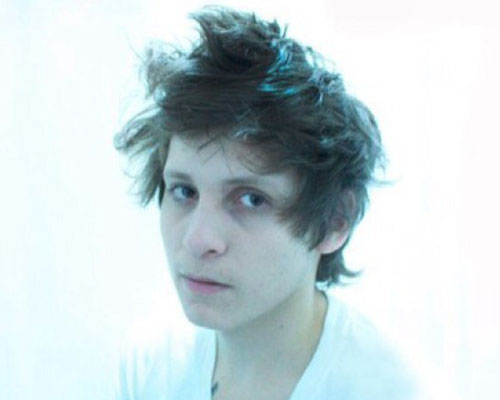 What he does: Sous chef, Saison, San Francisco
Why he's a Young Gun: Two former Young Guns suggested passing the torch to this West Coast standout. Ortiz' abilities seem to know no bounds. He was hired at Alinea at the mere age of 19, and then set his sights on San Francisco's Saison, where he now holds the title of sous chef. It sounds demanding, but Ortiz calls the restaurant "down to earth, honest, fun." As one public nomination said, he is, "constantly pushing his coworkers and himself to work cleaner, better, faster and to produce mind blowing cuisine that no one has tried before."[Photo: @JohnnyOrtiz] 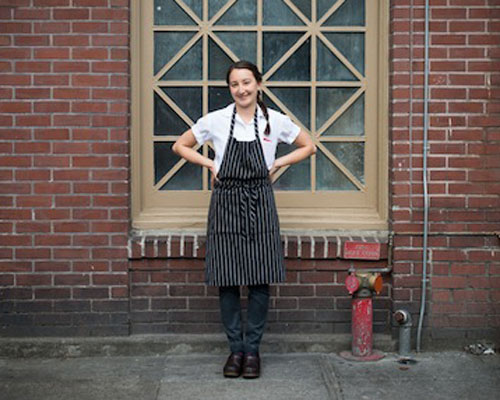 What she does: Pastry chef, Le Pigeon, Portland
Why she's a Young Gun: Antene strives to match her seasonal-yet-whimsical desserts to reflect the offerings of Le Pigeon chef and James Beard Rising Star winner Gabriel Rucker. Her former boss, Tony Galzin of Chicago's MK, wrote in to say she was promoted quickly there because of her ability to lead, adding, she "was a kitchen favorite because of her talent and great attitude." In addition to the praised desserts she turns out at Le Pigeon, she also contributes to Limited Company, the pop-up she runs with her boyfriend.[Photo: Dina Avila ] 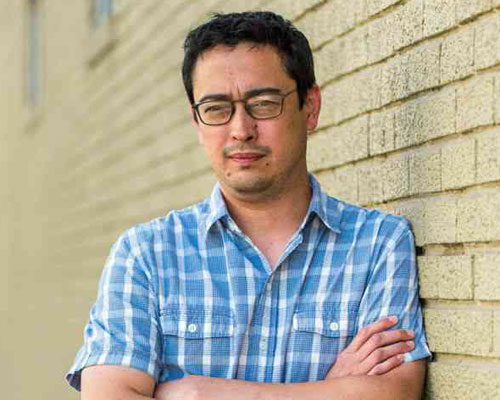 What he does: Owner/pizza cook/wine manager, Bufalina, Austin
Why he's a Young Gun: "He left the financial sector to open a restaurant in 2010. It finally opened last summer to rave reviews — critics calling it the newcomer of the year, and generally raising the entire pizza bar in Austin. He's trained in Italy and also has crafted an exceptionally eclectic and high-quality wine list." — Eater Austin Editor Meghan McCarron [Photo: Nicolai McCrary] 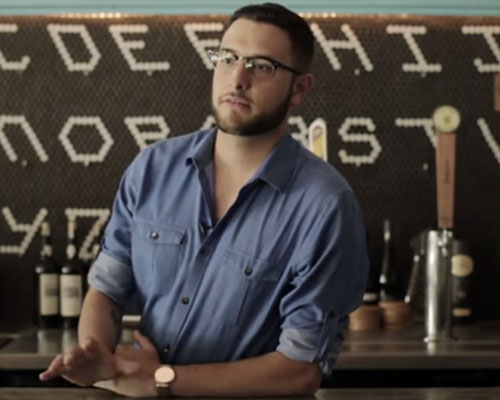 What he does: Bartender at Camerata and founder of MangiaMaccheroni, Houston
Why he's a Young Gun: Riccio is dominating Houston's wine scene and collecting a strong following at his Sicilian pop-up MangiaMaccheroni. Per CultureMap, Mangiamaccheroni serves " ... deliciously inventive dishes ... [that] defy the ordinary."[Photo: Eater]

Each Eater Young Gun made it through three rounds of selections, beginning with a public call for nominations in February, which yielded over 2,300 nominations; then a vetting by Eater editors and the official selection committee comprised of some of the most well respected chefs and restaurateurs in the country to reduce the group to 50 semi-finalists; and finally, a second round of voting by editors to select the final class of 16.

Get to know them a little better in these videos: