Gio Osso on One Year at His Scottsdale Restaurant Virtù

Share All sharing options for: Gio Osso on One Year at His Scottsdale Restaurant Virtù 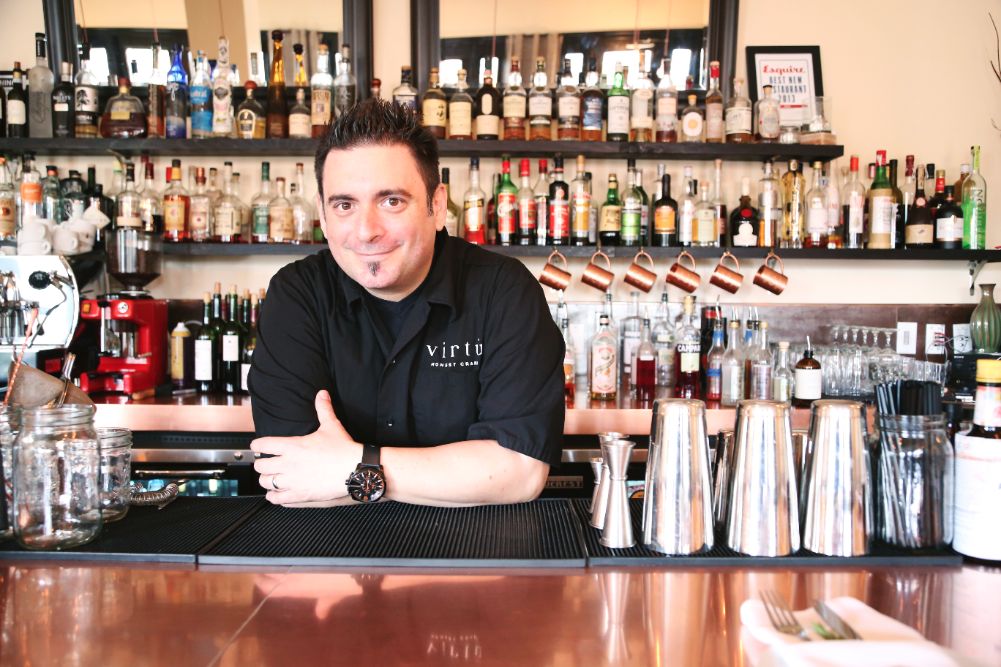 In 2010, Scottsdale's acclaimed fine-dining destination Estate House closed, leaving executive chef Gio Osso out of a gig just two years after he helped launch the ambitious concept. Osso transitioned into a corporate chef job sprucing up Phoenix's Sky Harbor Airport, but it took a chance breakfast meeting for Osso to finally take the plunge and open his own restaurant.

"I heard about this little B&B that had a café that was really beautiful, so I went there for breakfast and I fell in love with the place," Osso says now of the space that became Virtù, a 25-seat restaurant inside Scottsdale's Bespoke Inn. "I started talking with the owners and they said, 'You know what, we are not chefs. We are not restaurant people. Would you be interested in maybe taking over the restaurant some day?' ... I literally [had] said, five minutes before I met the owners, [that] if I was going to do a restaurant, this is the type of thing that I want to do. Then it happened."

Just four months after Virtù opened in June 2013, Esquire recognized it as one of the Best New Restaurants 2013, praising Osso's constantly changing menu and "Arizona swagger." In the following interview just before the restaurant's one-year anniversary, Osso talks about the "absolute worst disaster" of opening night, upcoming menu changes, and why he won't succumb to pre-opening pressures the next time around (hint: a Virtù in another city may be coming soon).

So how did the concept for Virtù come about?
I wanted to challenge myself in the sense of doing the kind of food where I'm calling my purveyors every day and saying, "Hey, what do you have that's fresh? What can you bring me this morning that I can throw on the menu tomorrow or tonight?" And just changing that menu all the time. Now, is it feasible business-wise? Not really. [Laughs] It's just too much manpower to do the volume that we're doing with the menu changing every day. We've scaled that back a little bit: Let's change the menu as often as we can and just have fun with it that way.

Were you concerned at the idea of opening a restaurant attached to a hotel property?

I don't have to have a burger on my menu or anything like that.

I wasn't concerned with it: The inn that I'm attached to only has four rooms. I didn't have to worry about, "Oh I have 25 guests on the property or 50 guests on the property"... I really don't have to be too concerned with appeasing the inn guests. At the most, I'm going to have eight guests from the inn, so it's okay. I really try to draw and attract the local crowd here and then the tourist crowd when they come to town in the winter months. I don't have to have a burger on my menu or anything like that.

Speaking of, tell me about how you conceptualized that first menu.
The first menu I designed before we even had kitchen space available to us. We were trying to get all our purveyors set up, and I was trying to source out the people that I wanted to work with again. So I showed [my sous chef] Alex the first menu and said, "Here you go. This is what the first menu's going to be." He took it home and came back and said, "Are you sure this is the first menu you want?" [Laughs] I was like, "Why? What questions do you have?" He started rambling off a few ideas, challenges that could take place, and I was like, "You know what? You're right." 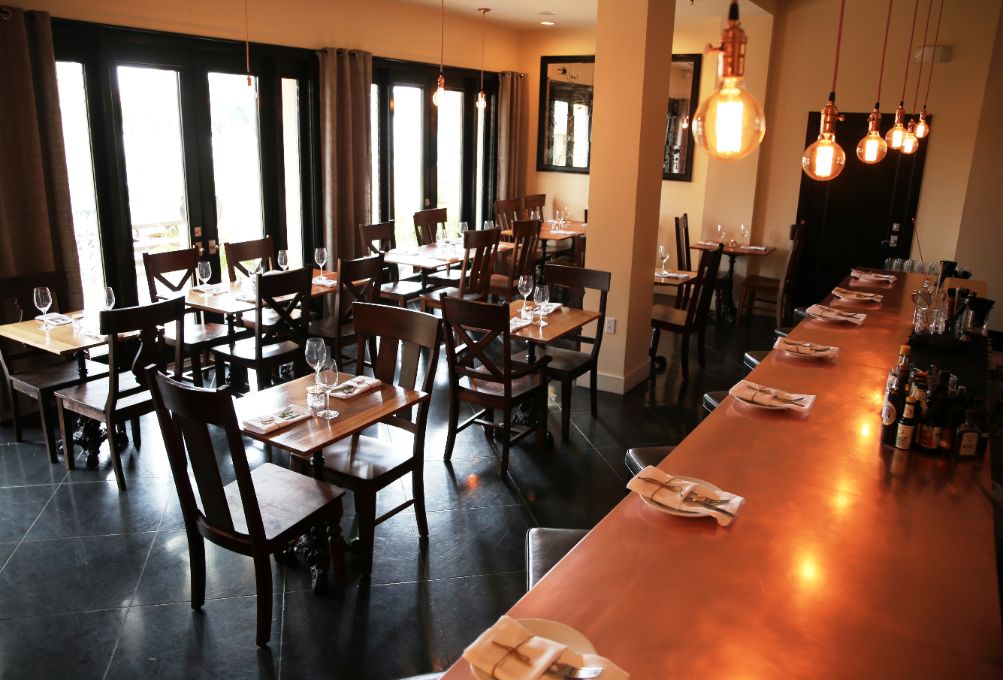 So, we sat there and modified everything together, made some changes. And after our opening night, we realized, Are we crazy? We condensed it a little bit more to make it a little bit more executable. It was just too much... we let the fine dining [mindset] get the best of us. Having 15 different ingredients on one dish was probably not going to be the right way to go.

How did opening night go otherwise?

Friends and family night was the absolute worst disaster you can ever possibly imagine.

The friends and family night was the absolute worst disaster you can ever possibly imagine. I'll take you through opening night: We did a friends and family night, and we invited 100 guests. It was hot out because it was June, so we didn't really have that much patio seating. It was going to all be inside: We seat 25 on the floor plus eight at the bar, so we figured we'll do four seatings of 25, home run, not a problem. Once people got wind that we're doing with a friends and family night, they're like, "Well, I know those guys." We wound up doing about 160 people... so it just caused us to have an absolute cluster. That night we cut three or four different menu items after it was all said and done. We smoothed it out very quickly, but it still was the biggest challenge, that opening night. Oh my goodness, it was horrible.

And you lost a cook that night, too.
He basically just couldn't cut the mustard. He just realized that he wasn't ready to be in a kitchen like this, so he just never showed up: Night two, he called in sick, and on night three, he just didn't show up. So, that's how it wound up being just me and Alex in the kitchen for the first couple weeks.

Looking back, would you have done anything differently?
Probably. We were so excited to get open and the anticipation of us opening was so extreme, with everyone out there saying, "When are you going to open?" We just rushed it. I think we probably should have taken our time a little bit more and really spent more time in the kitchen executing what we wanted to execute as opposed to, "Okay, it sounds good on paper and in two days we're going to open." If I were to go back, I'd say, "Let's cook for a week in this kitchen, let's see what our challenges are going to be in this kitchen. Let's get used to this kitchen and then we'll open when we see we're ready to open." We didn't do that. We succumbed to the anticipation and the pressure; we just did it and it didn't go as planned.

That's an interesting point. Do you think anticipation like that is more of negative influence than a positive one?

I won't let the pressure get to me next time.

So yeah, the pressure is pretty intense. But I think if I do it again — if I do another restaurant — I need to calm down. I need to not be pressured. I need to take it upon myself to say, "You'll have to wait, and when we're ready, we're going to do it right." I don't want to open up and stumble on the next one... I want to open even bigger, better, and badder. I won't let the pressure get to me next time. I won't allow it to get to me. I'll be sure it's done right.

Now that a year has rolled around, will guests see some similar dishes from last summer?
You know what, maybe, maybe not: We might use a lot of similar ingredients in a dish, but I don't think it's going to be the same dish. The thing is, everybody asks you, "What's your favorite dish on the menu?" My favorite dish is the newest dish. That's what I just created and that's what I love — and that love for that dish goes away when I start thinking of what am I going to create for the next dish.

Given how frequently you change your menu, have you considered a tasting menu? It seems like the way you like to cook.
I love that, I really do, but it's just that my space is too small to do something like that. What I'm leaning towards for the summer — and if it's successful over the summer I might just leave it on the menu — is cicchetti, the Venetian term for tapas. I might do a little side menu of a bunch of different small bites and condense our appetizer selection, condense our entrée selection and do a larger cicchetti selection, which is more tapas-style cuisine. I think we can have more fun with that and then people can really build their own tasting menu. They can put together five, six, seven different types of cicchetti, in a sense, and then build their own tasting menu of offerings that we have. That's something I've been tossing around for the past couple weeks. 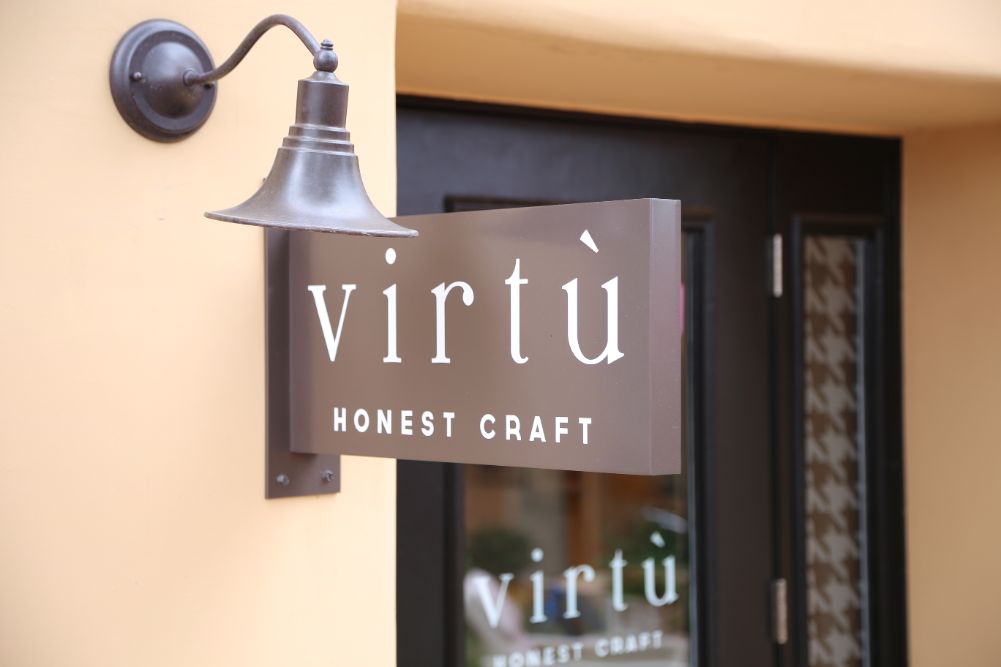 So what are your goals moving forward?

I want to be considered for the Best Chef Southwest James Beard Award. I would love to have that under my belt.

A year from now I would love to be nominated [for a] James Beard Award. I know the restaurant was nominated for Best New Restaurant and that blew me away to even be nominated in the top 25 in the entire country for James Beard's Best New Restaurant. Obviously that has come and gone, so now I want to be considered for the Best Chef Southwest James Beard Award. I would love to have that under my belt. That's a goal that I've had for a very, very, very long time.

And then in five years, I would love to have Virtù open in another state. I think Virtù's too special to open another one in Arizona or in Scottsdale, in the Scottsdale/Phoenix market. I want to bring Virtù to another city, whether it be Los Angeles or Denver or Portland or Chicago or New York or Vegas or wherever, another major market... that would be a five year plan for me. If we can keep up the pace that we're doing right now and keep getting better on a daily basis; getting to that level of being considered one of the best, then yeah, I would love to bring it to another city.