Share All sharing options for: The Road to the 38: Joe's Stone Crab

"No, sir," he replied, politely but firmly. "This is a stone crab house that also serves steaks."

I've been to Miami Beach at least a dozen times but, always chasing after the latest shiny restaurants, I'd never before dined at the city's granddaddy of all pleasure palaces, Joe's Stone Crab. The old-timer is nearing the end of its one-hundredth stone crab season, which runs annually from October 15 to May 15. Joe's does not accept reservations, and during the prime time of the year it moves 1,200 to 1,300 customers a night through its rooms built to resemble a Spanish villa. Two of us avoided the dinner commotion by sliding in for a late lunch with no wait. 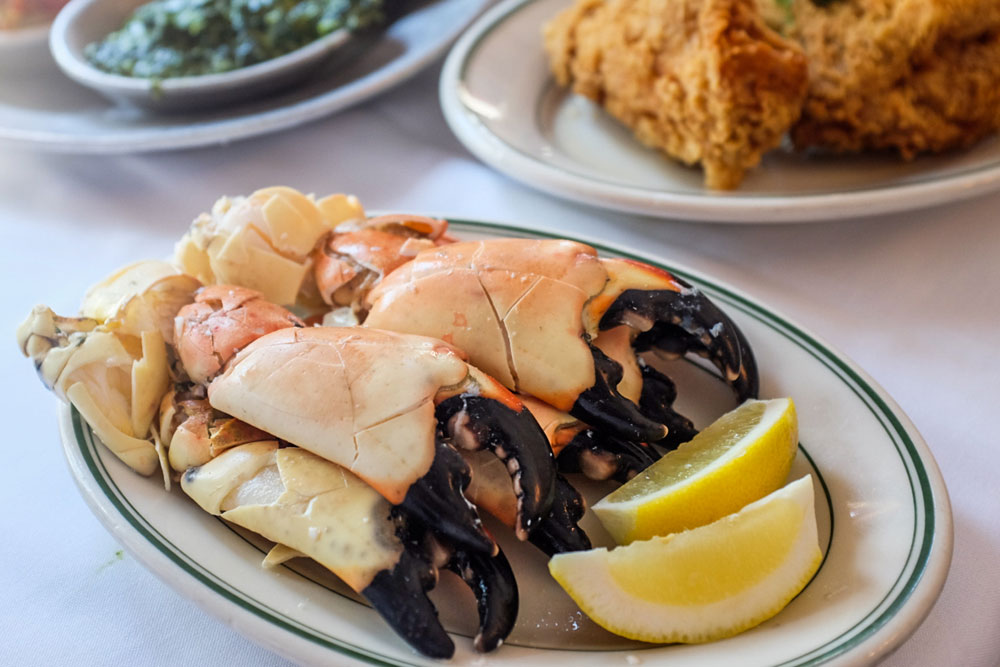 Of course we ordered the main attraction, which was offered in four sizes; we went for the large specimens weighing in at $59.95 per pound, which bought us five claws. Their shells were cream-colored at the base. But like a blush that spreads over the face from the neck up, the hue grew pink toward the center and darkened to salmon-roe orange near the tip of the black pincers. The kitchen had cracked them, so it was easy to pick out the meat—dense and sweet, the bridge between feathery blue crab meat and springier lobster. One of the claws wasn't quite fractured enough, so the server wrapped it in a napkin and whacked it with a mallet a couple of times. That did the trick.

(A note about stone crabs: Their armor is so thick that, unlike more malleable blue or Dungeness crabs, only their claws are prized as delicacies. Stone crabbers collect the critters and then carefully break off one or two claws—one is more humane, leaving the crab with the ability to defend itself—and then they toss the crabs back in the water. Their claws eventually regenerate.) 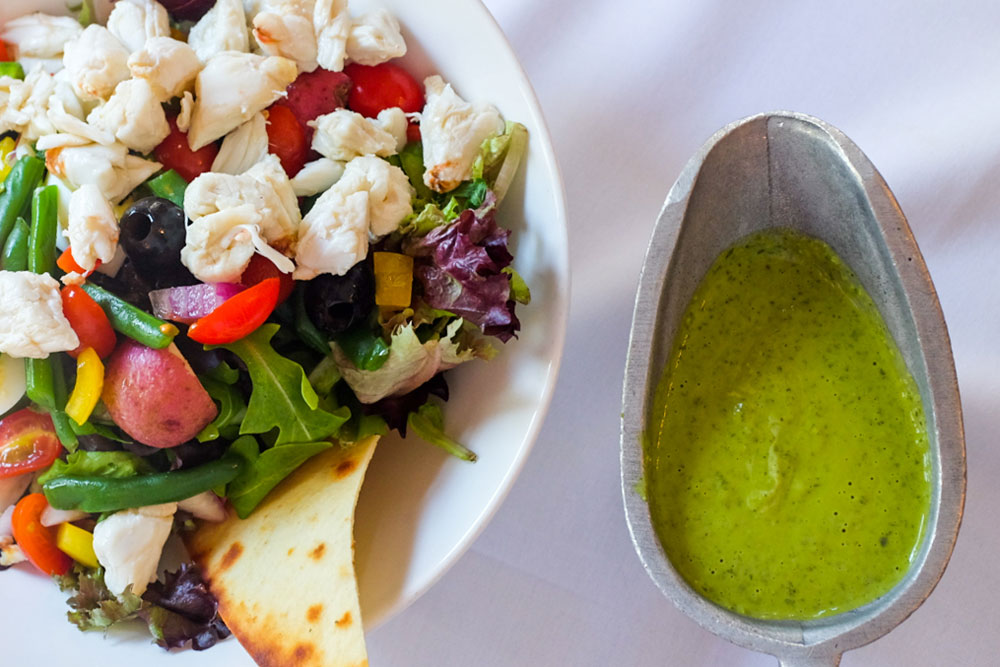 We sought out a few other dishes along with the stone crab claws, starting with a lumpen crab Niçoise, packed into a large glass, shaken into a bowl for a bit of showmanship, and served with creamy herb dressing on the side. A couple king crab legs, spiky and lithe, yielded strands of delicate flesh with a slightly more oceanic flavor than the stone crab. Small sides of creamed spinach and griddled hash browns delivered chophouse satisfaction.

A fun menu quirk: Half of a fried chicken goes for $5.95, a tradition with the Weiss family (the original founders whose offspring still run the restaurant) to offer an affordable dish. In the pantheon of fried chicken it was fine, with cornmeal in the crust for extra crunch but overall possessing a fast-food ubiquity. Picky kids would likely enjoy it. Grownups who can afford the indulgence should stick with the seafood.

After next week, Joe's shifts into off-season mode: It closes for lunch, shuts down its take-out operation, and serves dinner Wednesday through Sunday. The kitchen prepares other seasonal seafood dishes: soft-shell crabs, Copper River salmon. The restaurant will serve one size of stone crab claws, but they come from the deep freeze. Keep in mind this all applies only to the Miami location: Outposts in Chicago, Las Vegas, and Washington D.C. are run in partnership with the Windy City's Lettuce Entertain You Enterprises. They do more resemble steakhouses. But I've been schooled, and I'll be circling back to the original in October, when its one hundred and first season begins.

What do drink: Per the chophouse vibe, start with a dirty martini and segue to bombastic American wines.

Our review of Joe's Stone Crab