By the Numbers: The James Beard Award Winners and Women

Share All sharing options for: By the Numbers: The James Beard Award Winners and Women 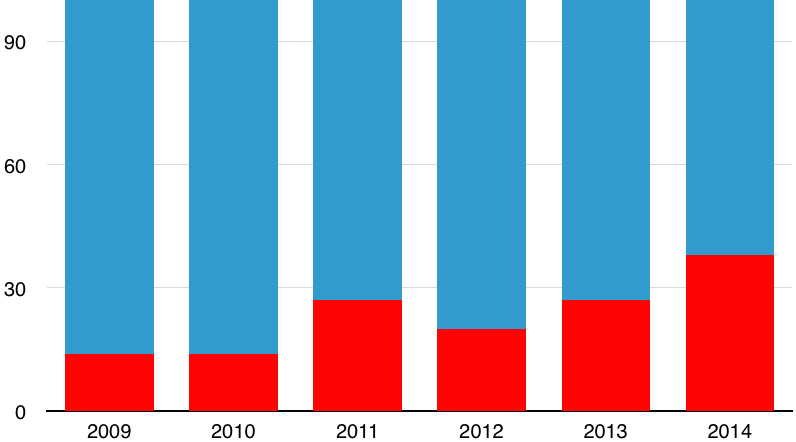 As you can see above, the percentage of women winners has obviously gone up over time as well. This year significantly more women won than in the five previous years. The female percentage has gone up every year since 2009 with the exception of a brief dip in 2012.

How Many Nominations Does it Take to Get a Beard Award?

Bloomfield, Pomeroy, Zemanick, Christensen, Lynch, and Silverton have had a combined 16 nominations in the categories they won on Monday. That's an average of 2.67 nominations per winner. Compare that to their male counterparts' average number of nominations: 2.45. Slightly lower than the women, but nothing shocking.

If you look at the finalists and winners since 2009 — the time period Eater has examined for each piece in this series — a trend emerges. Often chefs are nominated several times before they win (a trend some refer to as "waiting your turn"). That means that although there is potential for 30 individual chefs to be nominated in each category over the course of six years (five chefs per year), a much smaller number of individual chefs actually get nominated. A majority are nominated in the same category more than once. The number of what we'll call unique nominations in each category ranges from 11 to 18 individual chefs since 2009.

Here's a category-by-category gender breakdown of the unique nominations — the chefs who could have won a James Beard Award — as compared to the actual winners since 2009. Overall, women chefs make up 24% of the unique nominations in this time period, and they make up 22% of the winners. According to the Bureau of Labor Statistics, in 2013 women made up 20% of Chefs and Head Cooks in the US. Let's call this a tentative success with room for improvement? Take a look at the stats for yourself, below:

Total Unique Nominees vs. Winners Since 2009 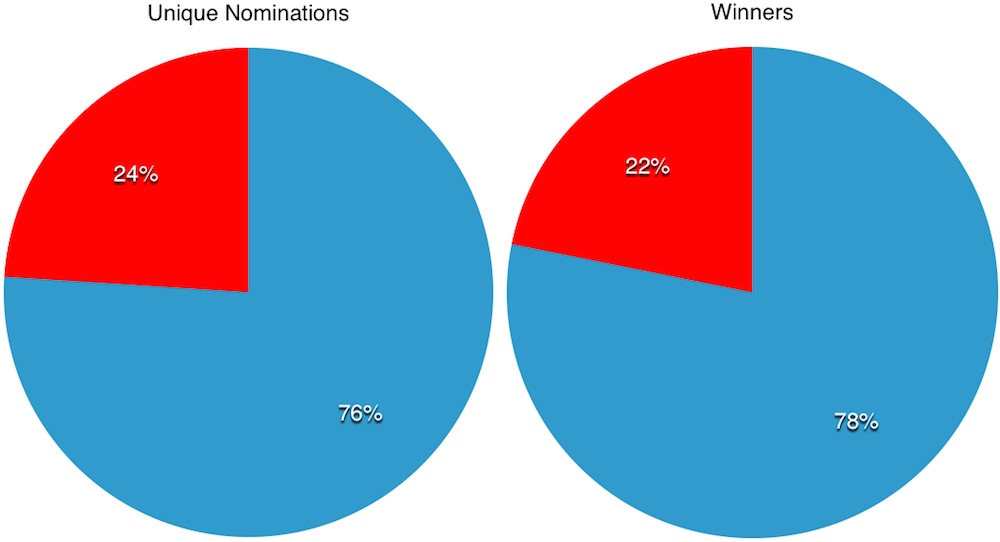 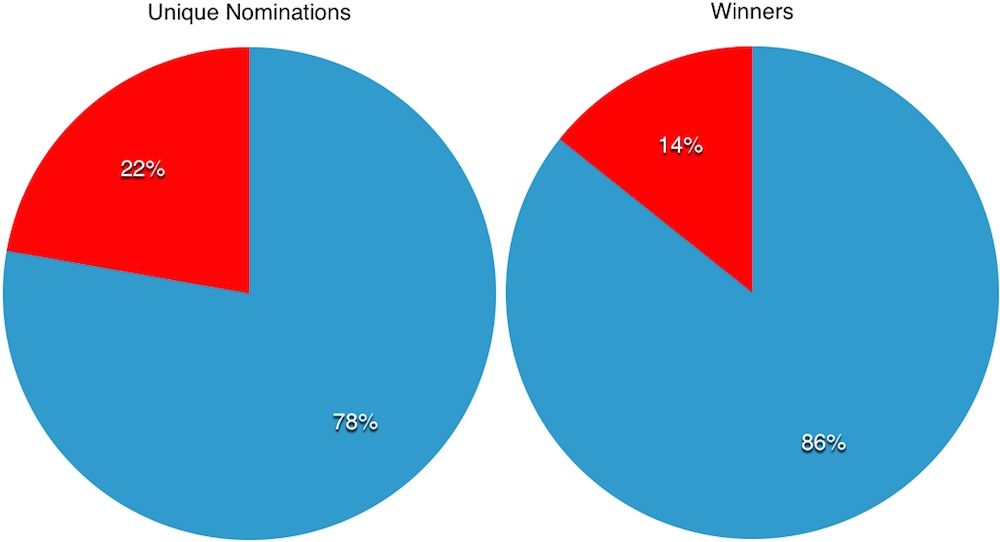 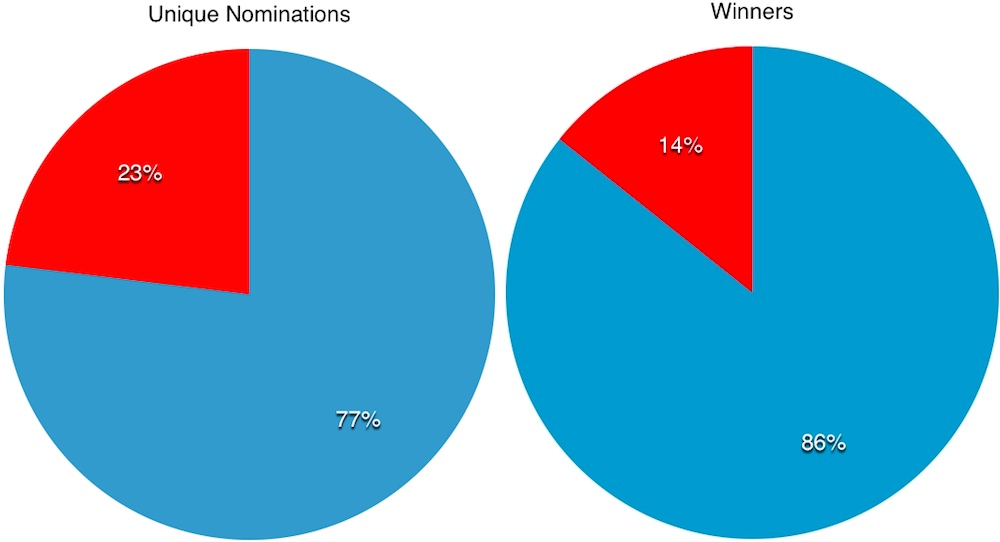 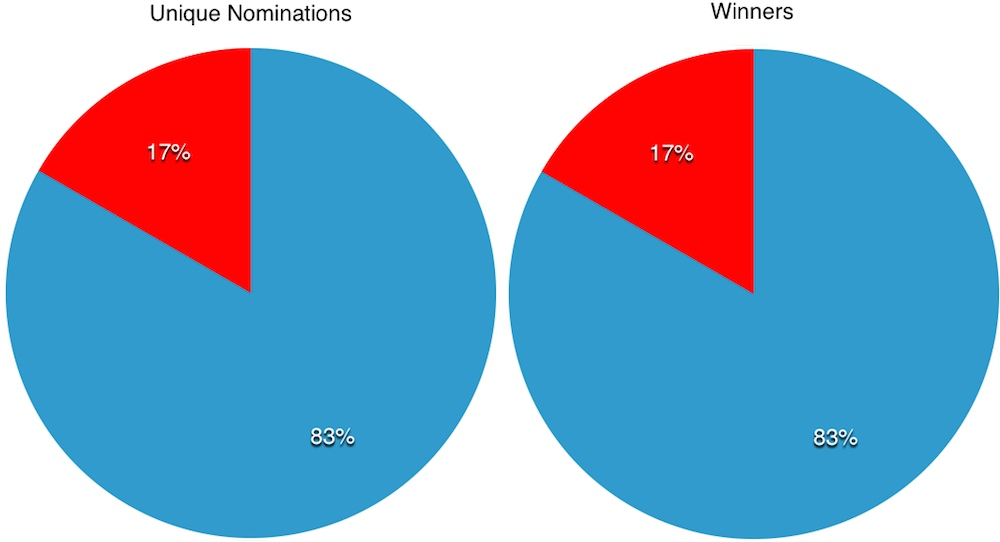 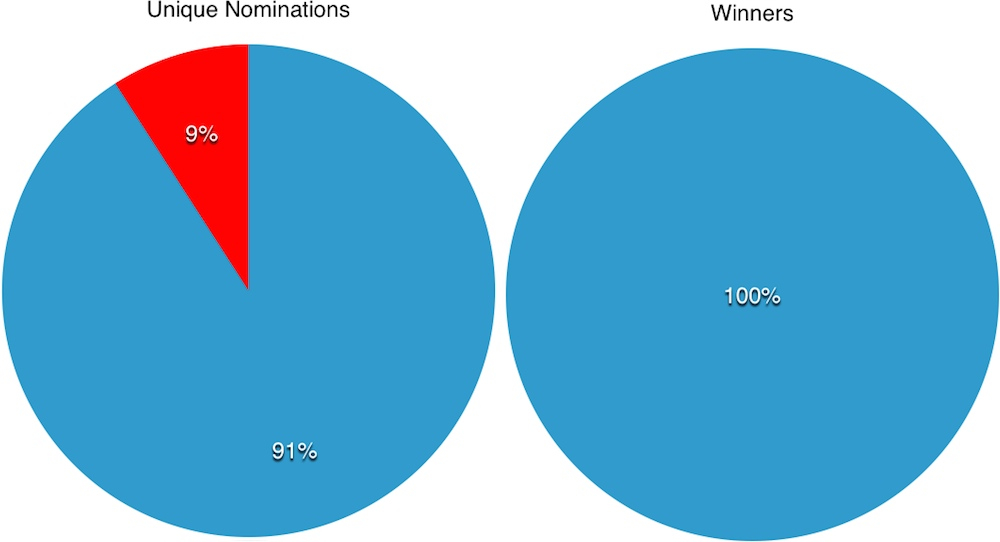 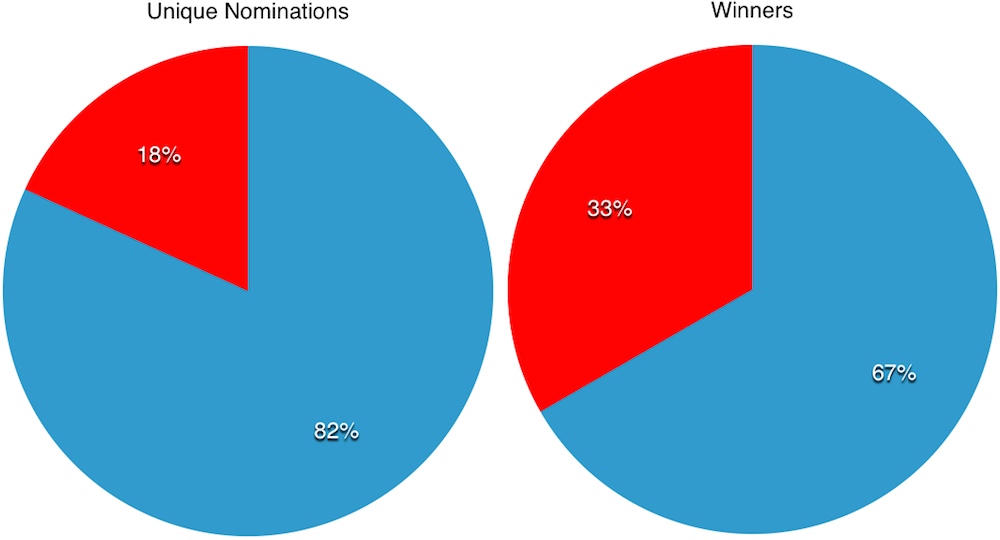 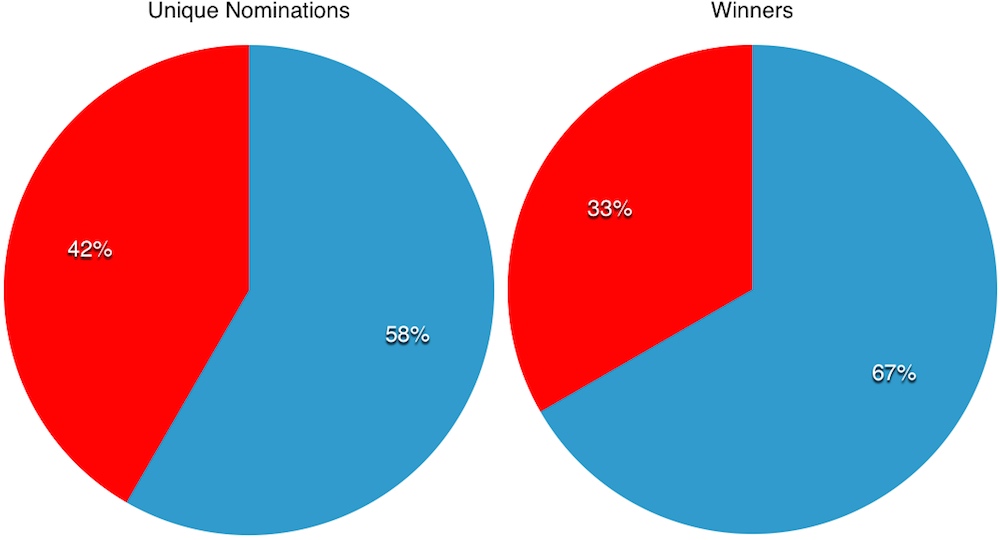 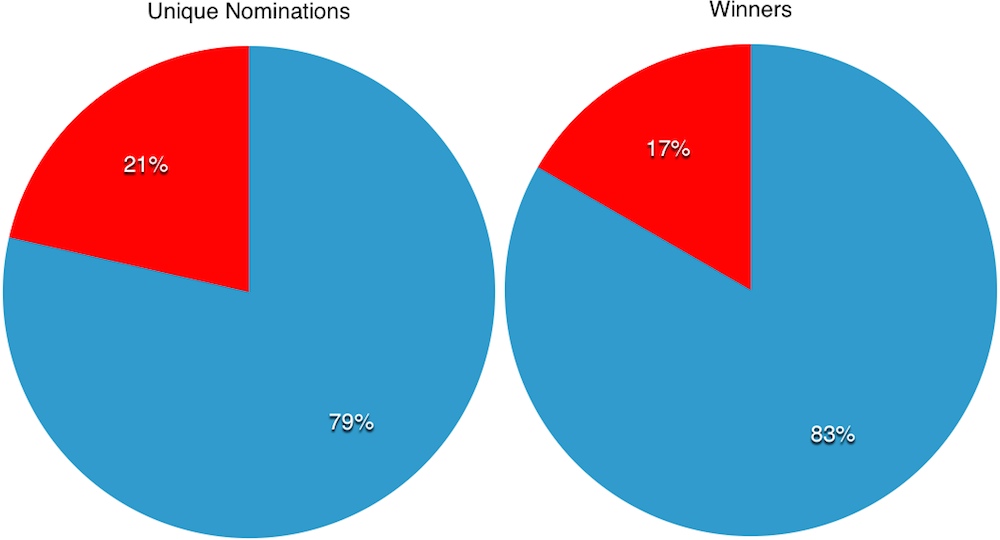 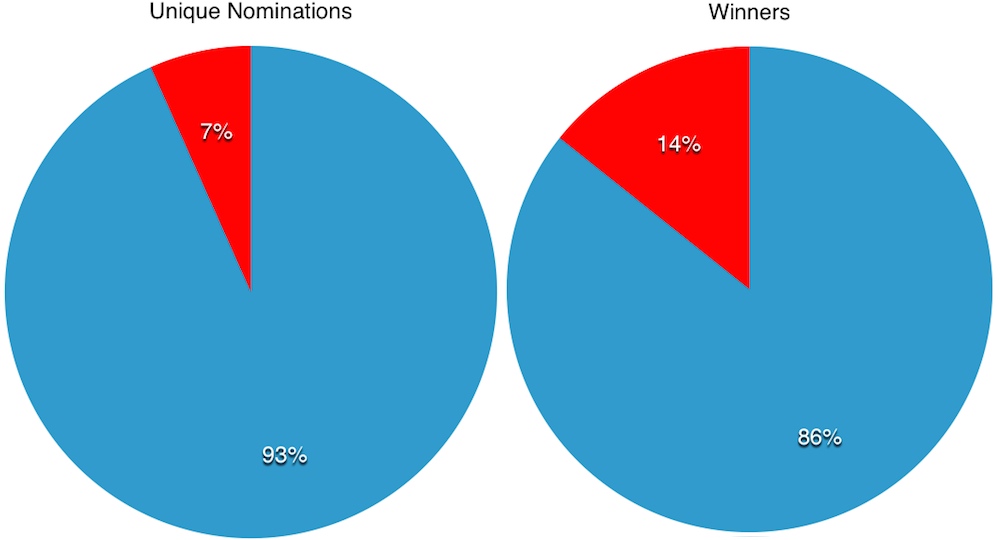 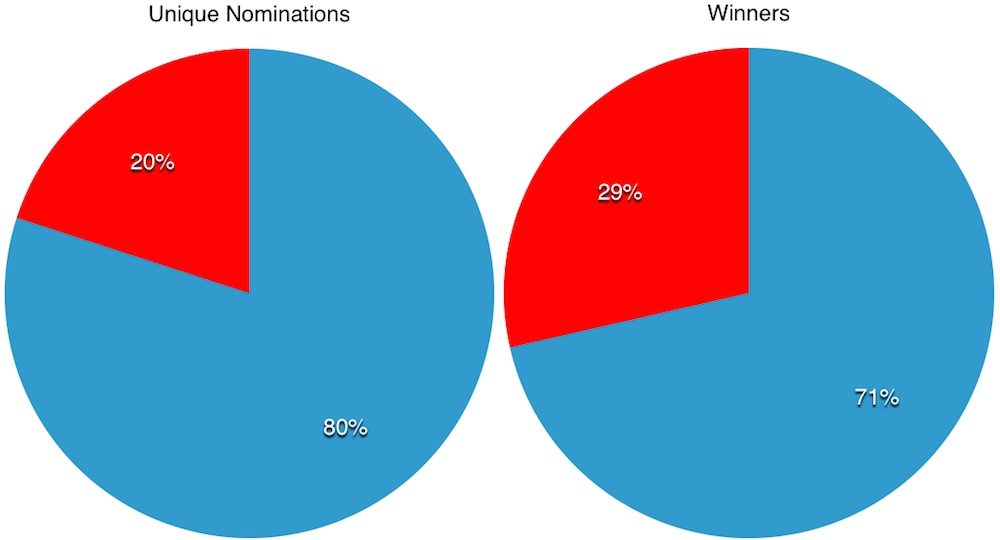 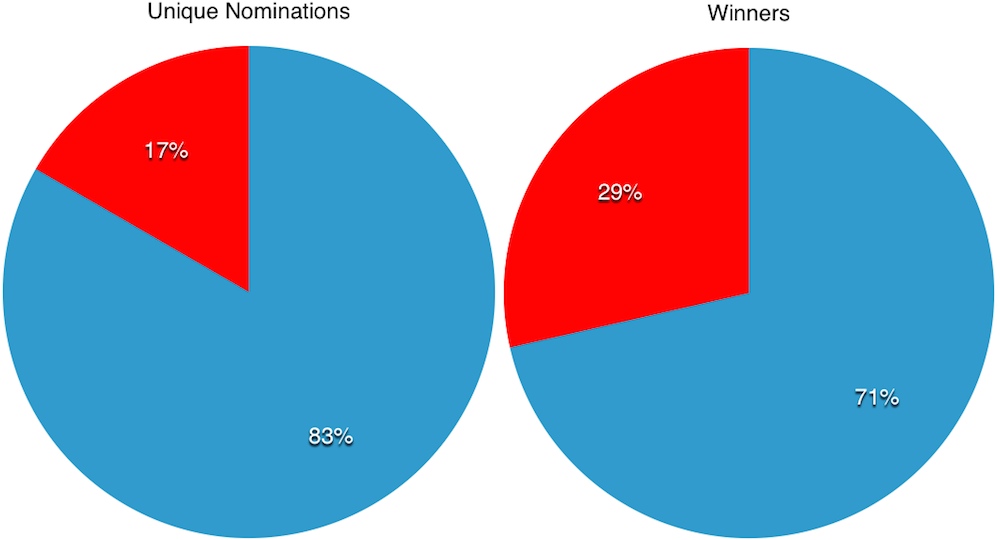 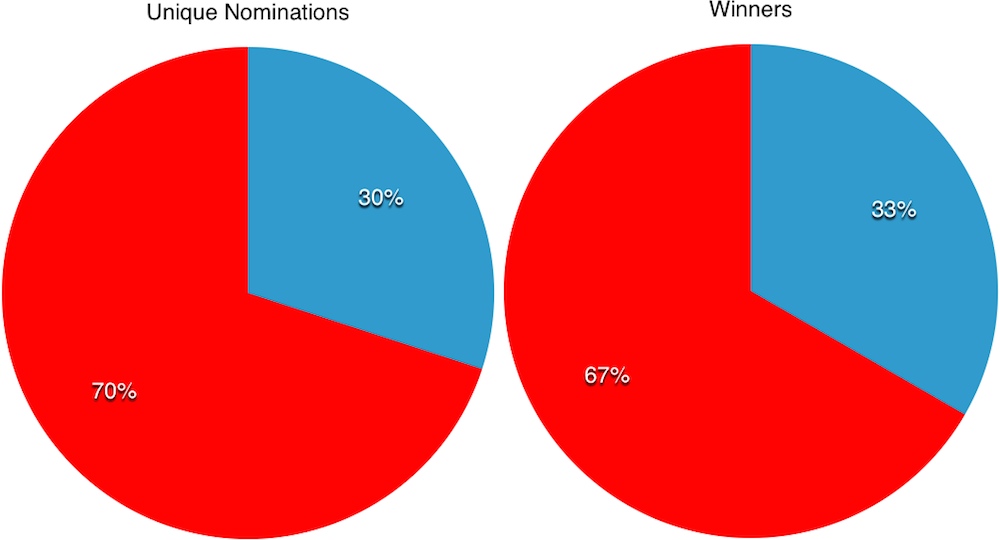 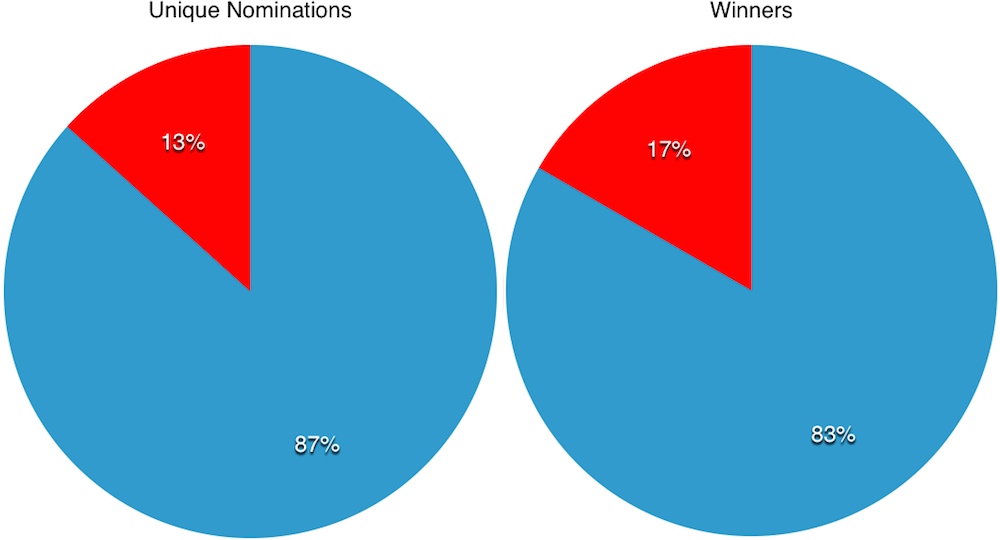 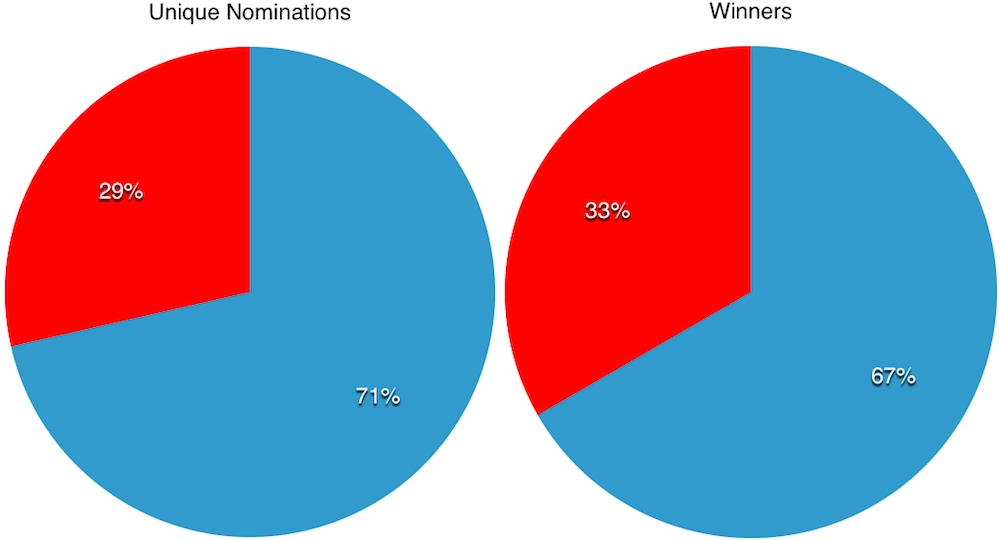 Special thanks to Tom Kretchmar for some prodding in the right statistical direction.