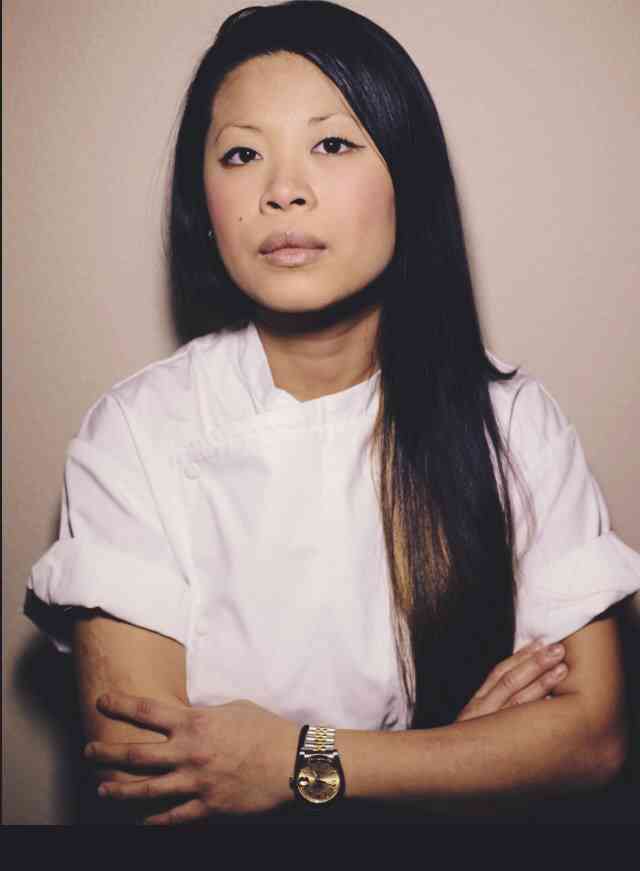 Had ink. not experienced continuous delays prior to launch, it's safe to say that Mei Lin wouldn't have landed that garde manger role. Lin was adventuring in Europe after a three week stage at L'Atelier De Joël Robuchon in Paris when she learned that decorated Los Angeles chef Michael Voltaggio was slated to open his hotly anticipated West Hollywood restaurant, ink., in July. Bad news for Voltaggio meant good news for Lin as ink.'s debut hit ongoing obstacles, and once back in the country she was able to apply for a job at the yet to premiere eatery.

It's no small feat to score an opening position at Los Angeles' most buzzed about restaurant in the year 2011, and Lin did just that, followed by a quick promotion to sous chef six months deep. Now, two and a half years post inception, when Voltaggio and chef de cuisine Cole Dickinson are out of town, the 5-foot tall Lin commands one of the city's most important kitchens. Not bad for a former Best Buy attendant.

When she's off duty from executing dishes like beef short rib with radish noodles, puffed tendon and pho broth, one might catch Lin at a pop-up, such as the engagement she organized with friends during last summer's 626 Night Market. At Koshō she served beautiful Asian-inflected plates of beef with garlic blossoms, toasted jasmine rice congee with caramelized stewed pork, and even a sexy Chinese churro. Which has its own music video/trailer thing. Below, Lin chats with Eater about the road to ink. and important lessons learned from a top chef.

Let's talk background: how did you get interested in cooking? I first started in my parents' restaurant working since I was a little kid and my first professional kitchen was Michael Symon's Roast in Detroit. And then I worked at C-House in Chicago, Spago in Vegas and at ink.

What was it like to work at your parents' restaurant as a kid? I did a little prep work, peeling onions, cleaning vegetables. But, when I became a teenager, I didn't want to work in the restaurant anymore. Never wanted to be in the restaurant. But, then I kind of just fell back into it.

What were your thoughts on Michael Voltaggio prior to being hired? Chef Michael is super methodical in his way of cooking. But, the flavors he puts together are really unique and you don't think they would work, but they totally work. And that's what drew me to his style of cooking and made me want to work for him.

Is 'Modern Los Angeles Cuisine' an accurate term to describe ink.'s food? Most definitely. I think that we draw all the different diversities from LA, we use that in our food at ink. If we go and dine at a Thai restaurant we try to recreate it in ink.'s perspective.

What major lessons have you learned under Michael Voltaggio? That patience is definitely a virtue. You've got to have patience with everyone. Starting out, giving everyone a chance to grow and shine.

What are your future plans? What's your end goal? My end goal is pretty much to have my own restaurant and to be as successful as Chef Michael.
· All Eater Young Guns Coverage [~E~]
[Photo: Mei Lin]