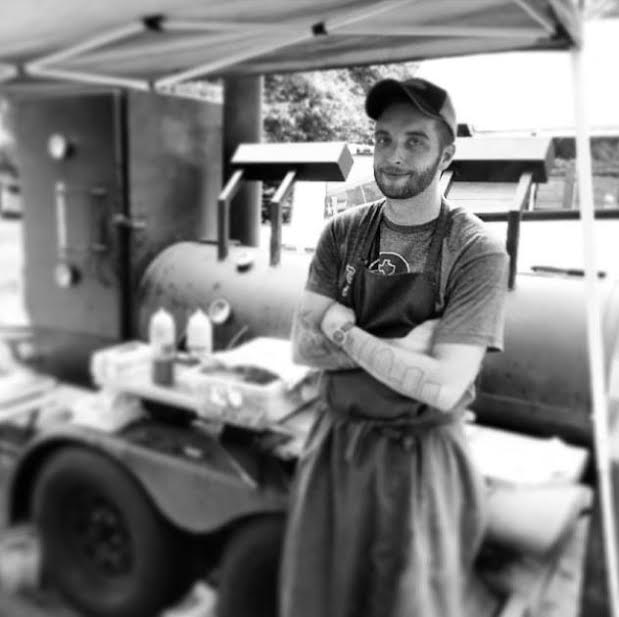 Meat professional Patrick Feges didn't always begin his days playing with fire. Or, depending on how you look at it, maybe he did. Feges had committed a year to the army before getting seriously injured in Ramadi, Iraq one day before his 20th birthday — also Day of the Dead (November 1). As he tells it, "A mortar landed 20 feet away and a piece of shrapnel hit me in the abdomen. Severed my intestines and severed a major artery. I had to receive 32 units of blood, my heart stopped twice." He woke up in a Washington, DC hospital where he stayed for two weeks before being transferred to Brook Army Medical Hospital (now San Antonio Military Medical Center) closer to home in San Antonio, Texas. And this is where Feges' unlikely story of barbecue begins. While in the hospital, another military patient that was being discharged left Feges his ramshackle Brinkmann smoker. He played around with the thing, learning how to smoke meat by trial and error.

Not only did Feges fall into barbecue after defying death twice, he went on to cut his teeth at Underbelly, Best New Chef Chris Shepherd's James Beard Award winning restaurant that tells the story of Houston's multi-cultural dining underbelly in the language of seasonal, southern, and exotic food. Six months into the gig, and after saving up for years, Feges bought his own barbecue rig.

Despite working six days a week, he still found time on his one day off to smoke meat for 14 hours and serve it via a Feges BBQ pop-up. Through those temporary dining engagements Feges garnered a following for his meats, and last year CultureMap gave Feges an honorable mention on a list of the 10 best barbecue spots in Houston. Not bad for a part time job. Says Shepherd on Feges' future, "Patrick is a really good cook ... I always knew barbecue was where his heart was, and I'm glad to see him pursuing his passion. I think he'll be known as one of the great pit masters in Texas."

In about a year, Feges plans to open his own barbecue joint. To learn more about the business end, he decamped from Underbelly to serve as pitmaster at Ronnie Killen's hotly anticipated Killen's Barbecue in Pearland. Below, Feges talks military cooking, begging Chris Shepherd for a job, and his ideal restaurant.

The story of how you got into barbecue is rather unusual. Tell me about it. I was in the military, I was in Iraq, and I got injured and then while I was recovering and waiting to be medically discharged one of the other guys that was in the process got discharged... was leaving and going back home and he had this beat up really crappy Brinkmann smoker that he was going to throw away. But he gave it to me and so I brought that home with me and would just kinda experiment on there cooking brisket and pork butt, not really knowing what I was doing. But just kinda kept praciticing and reading and studying about barbecue and whatnot, and I eventually upgraded to a better smoker than that thing.

Did you have professional cooking experience before entering the army? No. I joined right out of high school. I actually signed up in the beginning of my senior year when I turned 18 and then was in a delayed entry program. The interesting thing about that is we were already in Afghanistan, but we weren't in Iraq yet. 'Cause we did the Iraq invasion that spring of my senior year.

Did you cook while in the army? Actually yeah. My goal was to go in the military. 'Cause I worked fast food throughout high school and thought I'll be an army cook ... a recruiter kinda sold me on that. It was part of the plan to go to culinary school after I got out and whatnot.

So, you got out of the hospital and you were a teacher for a period of time, is that right? The funny thing is cooking in the military kinda jaded me because it's terrible. It was horrible! Going to Iraq made me fall in love with the military part of it and I definitely planned on changing jobs when I got back, but I got hurt and so that changed. I was thinking about going to college to become a teacher, so I got a job at an after school program helping, mentoring elementary school kids. 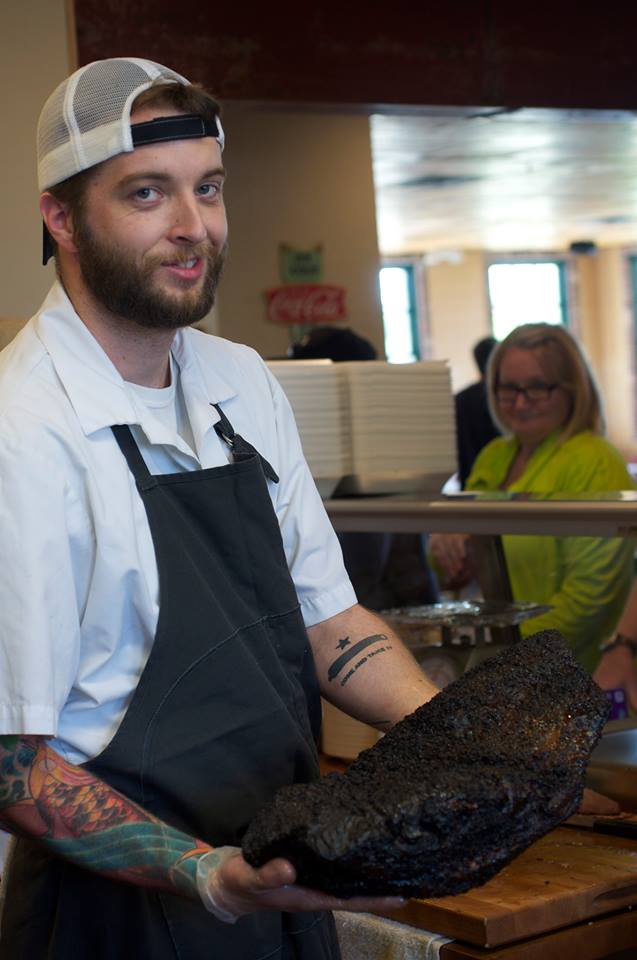 From there how did you meet Chris Shepherd and end up at Underbelly? Well, before Underbelly I worked at Brennan's of Houston. And that's where Chris started and he worked there for nine years. There's actually a handful of really talented chefs in Houston that came up through Brennan's.

So was that your first professional restaurant experience? No, that was the first one worth mentioning. I worked at a couple other not very good restaurants. Well, Brennan's burned down during Hurricane Ike and when it reopened is when I got the job there.

Did he hire you right away? Yeah. Well, the thing is he had already found a staff for dinner. So, he's like "I got a lunch position open." I was like "I'll take it." So, I started working lunch and then about a month later someone left and I moved up to dinner.

While you were at Underbelly, were you barbecuing at all? At home. You know, line cooks don't make much money and a barbecue rig trailer costs a lot of money, so I saved up for a few years to get this thing. It was the first year that I was there, at Underbelly, is when I bought the trailer. Maybe six months into it I started doing the pop-ups and whatnot.

What kind of pop-ups? Well, we were closed on Sundays so I did them on Sundays with Chris' approval. He was cool with it. I would just go to a bar ... for a while it was kinda an industry bar and they have a kitchen and they would rotate food truck guys in and so I kinda got in that rotation every now and then. And then later on, there's a bar, Anvil, that's part of the Underbelly company ... so I started doing pop-ups at Anvil.

What compelled you to finally leave Underbelly — one of the most exciting restaurants in Texas — for Killen's Barbecue? That was definitely the hardest career decision I've ever made. I always tell people if I didn't want to own my own barbecue place, Underbelly was the prefect restaurant for me. But, I am getting to the point now where I need to start working on ... my own barbecue restaurant and going over to Killen's is going to help me learn how to run a barbecue restaurant.

So at this point, how long have you been barbecuing? Probably like seven years from when I first started.

Is that considered a long time in barbecue years? Most of these big time barbecue people grew up doing it. A lot of these people are second or third generation. I taught myself through trial and error.

Tell me about your barbecue restaurant. I would definitely want it to be a lunch-only, sell out of food ... I think that's a great way to do it. And then it leaves your restaurant open to do other stuff because I have a culinary background, I can kinda do some dinners here and there. Change it up a little bit. But, I mean, super super laid back, kinda in the style the way Killen's is, the way Franklin is, John Mueller ... very laid back, music playing, free beer, good food.

At age five, if someone had asked you what you want to be when you grow up, what would you have said? I don't even know! I guess the military. I've always been fascinated with military. That's part of the reason I got into the military because I really wasn't 100% sure what I wanted to do. I had an idea, but I just wanted to do that first.
·All Eater Young Guns Coverage [~E~]
[Photos: Michael Fulmer, Kimberly Park]