Foursquare's spin-off, "neighborhood sharing" app Swarm officially launched on iPhone and Android today, marking what the popular check-in app calls an "unbundling" of its two main features: stalking friends' locations and stumbling upon new places. As its name suggests, Swarm keeps Foursquare's check-in feature, but similar to dating app Tinder's location-based service, users can turn on a "Neighborhood Sharing" component to see if friends and fellow users are located nearby.

The feature allows Swarm users to spontaneously meet and make plans what Foursquare calls a faster and easier method than "texting all of your friends to see who's around." If you're out and about in stealth mode, the feature can be turned off and check-ins can occur as per usual. 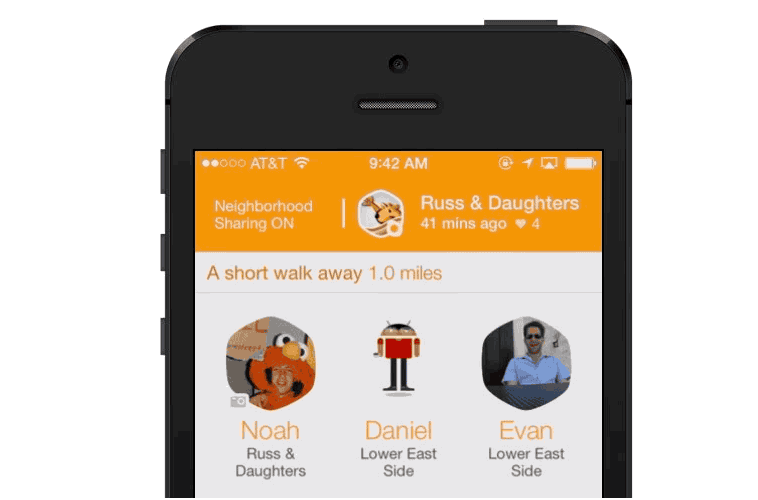 The launch of Swarm does mark the end of another Foursquare era: Earlier this week, designers announced a plan to remove the competitive Mayorship feature, badges, and reward points, admitting that "our game mechanics started to break down" once Foursquare's user numbers grew. In its place, Swarm offers a new take on the coveted Mayor title — Mayors 2.0 — in which users compete for Mayorships only among their group of friends. The Swarm app also features a "Plans" board, visible to all friends in the user's city, where groups can "throw ideas out there" for future meet-ups.