The Road to the 38: Khong River House in South Beach

Share All sharing options for: The Road to the 38: Khong River House in South Beach

John Kunkel, owner of the 50 Eggs restaurant group, built his success on a chain called Lime Fresh Mexican Grill, which he sold to Ruby Tuesday Inc. in 2012 for $24 million. In 2011 he opened Yardbird, an instant South Beach smash whose fried chicken, meatloaf, and red velvet cake reminded locals and visitors that, yes, Florida is part of the South. He followed suit with Swine Southern Table & Bar in Coral Gables last year. But in between, Kunkel built this paean to the three years he spent rambling around the Asian tropics in his twenties. Local critics raved: Khong River received a rare four-star review from Miami Herald critic Victoria Pesce Elliott. The hottest restaurant on South Beach doesn't serve ceviche and caipirinhas but rather green papaya salad, drunken rice noodles, and fish roasted in banana leaves. Khong River House, steps away from tourist-clogged Lincoln Road and takes a heady detour into the flavors of Thailand, Laos, and Burma. It turns out that a Southeast Asian torrent of chile and lemongrass and fish sauce cuts through Miami's muggy nights thrillingly. 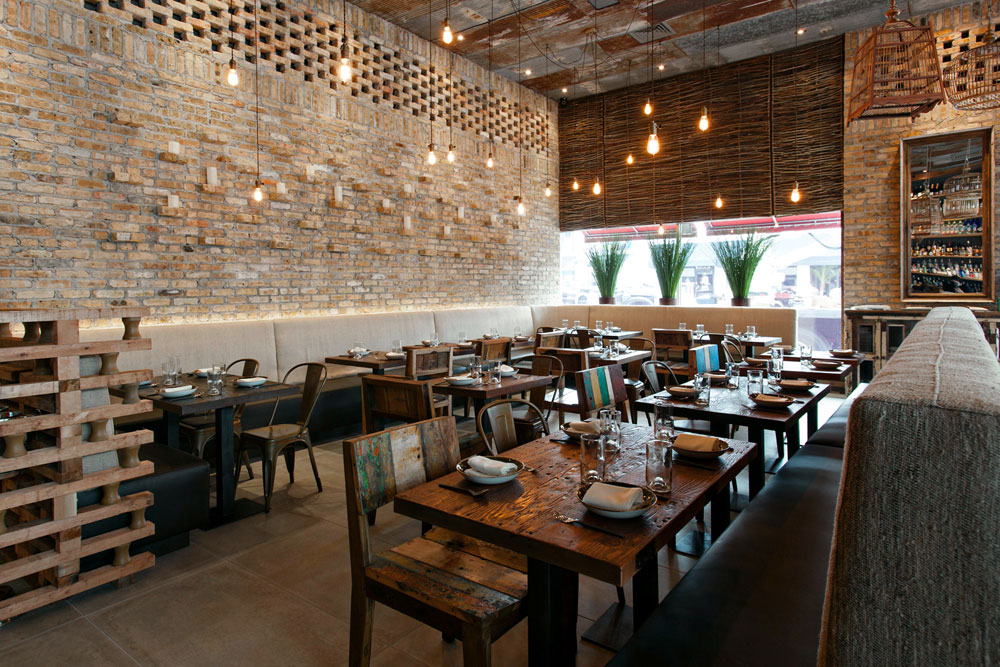 To create the interior, at once transporting and thoroughly American, Kunkel rearranged scores of everyday Thai objects into a chic, moody saloon. Collages of woods in every shade cover the walls: They came from crates and pallets shipped from Thailand. Corrugated metal sheets line the ceiling, a nod to Thai shanties. Sturdy, surprisingly comfortable chairs were fashioned from beached riverboats. Traditional bamboo fish traps dangle over the bar, doubling as light fixtures. Thai motorcycle license plates line the stairway leading to a private dining room.

The menu slides between cultures with a similar ease. Thai cuisine aficionados won't find quite the fierce street-food cooking channeled at national standard-bearers like Portland's Pok Pok and Los Angeles's Night + Market. Thai cooks in the kitchen stay a true course, though, cranking out a deft mix of funkier delights but also offering the soothing curries so familiar at Americanized Thai restaurants.

Kunkel had a nasty spat with Khong River's opening executive chef, Piyarat Potha Arreeratn (known as Chef Bee), who is opening his own restaurant, Naiyara, later this year. That said, the dishes I tried recently at Khong River were punchy and prepared with skill. Beef jerky, an Isaan (North Thai) staple, acclimated the palate with its pungent fish-sauce twang and a dipping sauce that warmed, rather than incinerated, the taste buds. It came with a cooling clump of sticky rice. The dressing for a green papaya salad didn't shy from the classic, sharp zigzags of tamarind, lime juice, garlic, palm sugar, and a whiff of dried shrimp. I loved the hit of dill in the snapper wrapped in banana leaf: The herb is used more in Laotian cooking than Thai. Among the tangles of noodles, adventure seekers should dive into the brothy boat noodles (beef blood is among the ingredients); the crowd pleaser is the soy-slicked, basil-flecked drunken rice noodles. 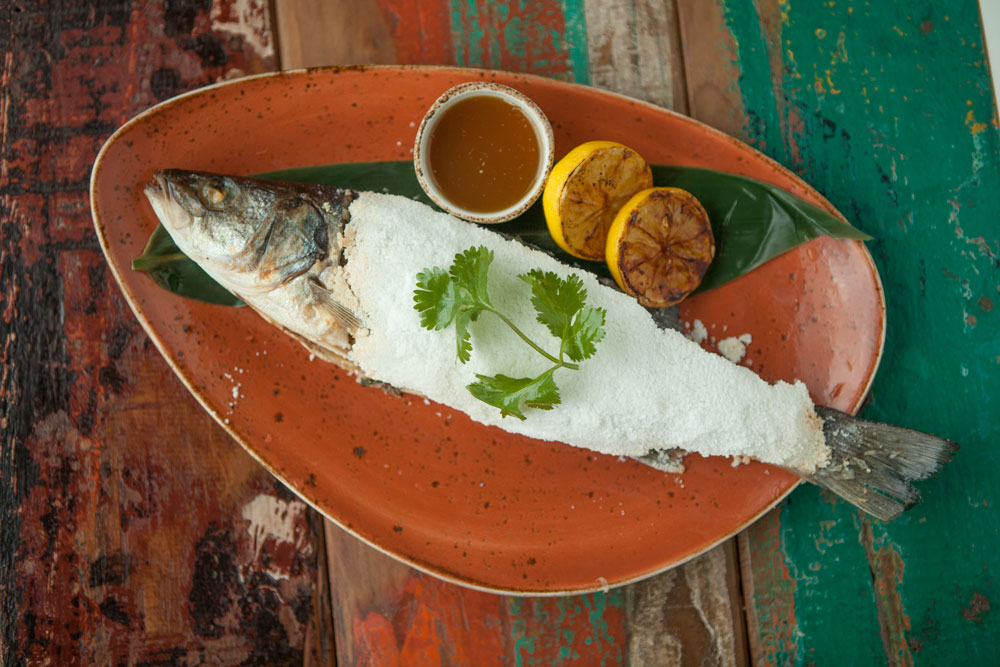 There's no alcohol in the drunken noodles (it's ideal drinking fare, hence the name), but the cocktails and spirits at Khong River rival the quality of the food. As temperatures begin to soar around the country, I'll be craving the Tippecanoe: Spring 44 Old Tom Gin (made in Colorado) with Earl Grey syrup, lime juice, and freshly pressed honeydew melon juice. Its fine calibration inspired me to sip through a gin flight from Holland (the favorite: Nolet's.) At the dinner's end, imbibe appropriately with a shot of Mekhong, the Thai herb-infused spirit made from sugar cane and rice that recalls both rum and sake but is a singular product of its place.

Our review of Khong river house

Cost
Starters and salads $10-$16, noodle dishes $14-$27, entrees $18-$37, desserts (try the coconut cake) $8-$9. All these dishes are designed for sharing.
Sample dishes
Beef jerky, green papaya salad, boat noodles or drunken rice noodles, fish in banana leaf, cauliflower stir-fry with minced pork.
What to drink
A gin cocktail like the Tippecanoe, Thai and Laotian beers, Mekhong (a Thai spirit). The liquid pleasures are diverse and myriad.
Bonus tip
Confess your deepest secrets or dreams anonymously on a board in the back of the restaurant near the restrooms. Others have declared some mighty entertaining wishes.