Go Inside David Kinch's Rebuilt Manresa, Back in Action December 31

"I'm glad it's all over and it's time to start doing what we do."

Share All sharing options for: Go Inside David Kinch's Rebuilt Manresa, Back in Action December 31 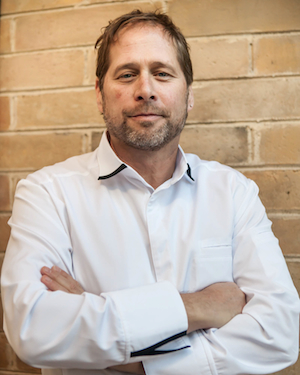 Just six months after a two-alarm fire ripped through the roof of his two-Michelin-starred Los Gatos, California restaurant, chef/owner David Kinch is ecstatic. "We've been waiting for this day for six months," Kinch says of his return to the Manresa kitchen, which has been closed since the July 7 incident. "It feels really good to have staff together again, doing what we do."

As promised earlier this month, Manresa will make its post-fire debut on New Year's Eve, with regular dinner service resuming on January 2. But this past weekend, Kinch held test dinners in the rebuilt space "to get back into our groove again," he says. (Not surprisingly, the test dinners saw the appearance of Kinch's lauded "Vegetable Garden" dish.)

"We are a restaurant with a lot of people working in it, and a lot of moving parts," Kinch says. "It becomes very much like a ballet. There's a lot of synchronization going on, and that doesn't happen overnight. That happens over a long period of time. So, that's really what we're going to try and work hard [toward]."

The early-morning fire, which ignited a gas main, ravaged the restaurant's kitchen and office area, forcing firefighters to punch holes in building's roof. As a result, the Manresa kitchen received a complete revamp in what Kinch calls the "non-sexy elements — but in terms of our long days in the kitchen, [the things that] make our jobs much easier and much more comfortable."

The 12-year-old kitchen space is now outfitted with new technologies on the ceiling and floor (the former including new lighting; the latter more "comfort on the feet"). New systems are in place with efficiency in mind. "In terms of refuse and garbage, being able to hide the containers," Kinch says of the upgrades. "Things that make the kitchen much easier to clean, to make it pristine at the end of the night. Those are the things that are of really paramount importance to me."

"When the fire happened, I thought we were the best restaurant we've ever been."

But in the Manresa dining room, which sustained the least amount of damage, diners will find the space comfortingly familiar. "There was never any real 'reason' to do a complete change," Kinch says of the dining room, which was last renovated in 2011. (That revamp introduced Manresa's two separate dining spaces, the main room and the chandelier-laden space with banquettes, and gave the restaurant its sleek, modern feel.)

"My feeling was, when the fire happened, I thought we were the best restaurant we've ever been. We had the most momentum that we'd ever had. So, I'm not going to go out and drastically change a lot of things." The differences are in the details: shelving, seating, finishes, smallwares, and fabrics that happen to be more visually appealing, Kinch says, though he declines to go into detail. "We'll leave it for people to come in to see."

According to Kinch, the recent build-out ran relatively smoothly, on-time and on-budget. "I'm happy with the way things came together, and I love the way the restaurant looks," he says. "I certainly learned a lot; I learned a lot about the way things work, but in all honesty, I'm glad it's all over and it's time to start doing what we do, our regular skill set."

The incident ultimately made him "very grateful" to be part of the restaurant community. "We all spend our lives taking care of other people and ensuring other peoples' happiness," Kinch says. "Sometimes we don't look at ourselves, we don't take care of ourselves in that way. So, it's really good when people in the industry look out for each other. It's very very touching; it affected us deeply; it encouraged us to come back stronger than ever. We'll always be grateful for it."

Take a look at the soon-to-reopen Manresa in the gallery below: