Share All sharing options for: The 21 Most Essential Cookbooks of 2014

As 2014 draws to a close, it is time to sort through the mountains (and mountains) of cookbooks published over the course of the year and decide which ones have earned a spot on your bookshelf. Here now, the second annual Eater Essential Cookbooks list. Of the books that fall within Eater's purview — that is, books that are for, by, or about chefs and restaurants — these are the ones that are required reading. Hundreds of cookbooks are published every year; the books below separate themselves by offering something original, useful, beautiful, and/or interesting to the culinary conversation. (See 2013's picks here.) 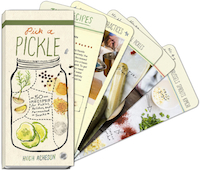 Pick a Pickle: 50 Recipes for Pickles, Relishes, and Fermented Snacks

Hugh Acheson
Potter Style
Georgia chef Hugh Acheson gets his pickle game on in this short and sweet collection of 50 pickle and fermentation recipes. The booklet contains everything from the traditional (bread-n-butter pickles, chow-chow) to the creative (an IPA-based vinegar). Take a closer look here, and think stocking stuffer on this one. 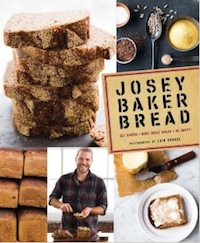 Josey Baker
Chronicle
San Francisco's Josey Baker (yes, his real name) may be known for making fancy toast, but before you have toast, you have to make some bread. This is a bread book for the true beginner: Baker holds your hand through every step of the process, from fermenting your starter to playing with recipes to get them exactly how you want them. Warning: Baker's California accent is showing through the book, but sometimes you just need a surfer hippie to guide you through tricky baking processes. Check out Eater's preview of the book here. 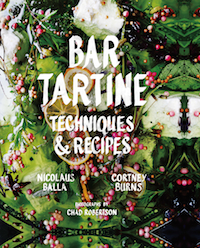 Nicolaus Balla and Cortney Burns
Chronicle
This stunner of a book explains two halves of Bar Tartine's kitchen: the first half shows you how to make the fermentations and powders and spices and pickles that make up the San Francisco restaurant's pantry, while the second is comprised of recipes that use these items. The food itself has a lighter, Japanese-influenced take on Eastern European flavors that often places vegetables front and center. If you're looking for a restaurant book you'll actually take into the kitchen, this is the one. 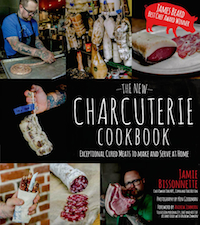 The New Charcuterie Cookbook: Exceptional Cured Meats to Make and Serve at Home

Jamie Bissonnette
Page Street
Beard Award winning chef Jamie Bissonnette has written a charcuterie book for a new generation. The classics are here: salumi, pates, etc. But Bissonnette also takes inspiration from around the world, including Southeast Asian sausages and chorizos from Latin America, and puts his own contemporary twists on things. The result is a book of charcuterie you'll actually want to try making (as opposed to the dusty old cured warhorses you'll find in more traditional books). Read Andrew Zimmern's foreword to the book here. 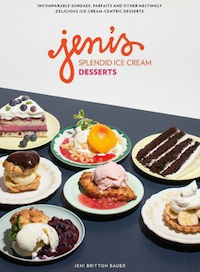 Jeni Britton Bauer
Artisan
Ice cream books are great and all, but they can start to feel a little stale after you've seen a few. (Especially if you don't own an ice cream machine.) The genius of Britton Bauer's book is that not only does she teach you to make her famous ice creams, but she shows you dishes you can make with them. What that means is you don't have to make ice cream to enjoy this book: you can use store-bought to make the icebox cakes and sundaes and crisps, and tackle the ice cream when you're feeling ambitious. Here's a more in-depth preview. 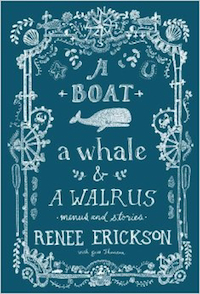 A Boat, a Whale, & a Walrus: Menus and Stories

Renee Erickson and Jess Thomson
Sasquatch
A really great menu-based cookbook is hard to find, but Seattle chef Renee Erickson has outdone herself with this gorgeous volume. From Eater's preview earlier this fall: "Page after page of jewel-like Pacific Northwest cuisine is accompanied by perfect, aspirational images of beach cookouts, cozy winter meals by the fireplace, and autumn dinners at long picnic tables dotted with candles and bottles of Calvados. Watch your back, Ina Garten: Renee Erickson has come out to play, and she's a tremendously successful restaurateur, to boot." 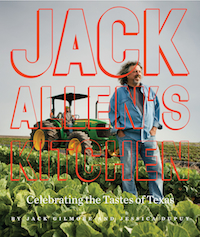 Jack Gilmore and Jessica Dupuy
University of Texas Press
Jack Allen's Kitchen in Austin, Texas is the chain restaurant of your dreams: think huge booths, margaritas that are hand shaken with proper liquor (certainly never from a mix), and specials inspired by the local farmers market. Industry vet Jack Gilmore brings this aesthetic to his restaurant's first cookbook, and the result is a comprehensive take on Texan cuisine today. Texpats homesick for proper chicken fried steak — but who also maybe want to eat vegetables from time to time — this one's for you. 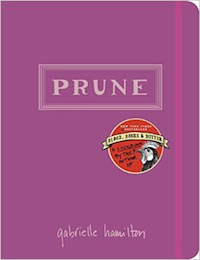 Gabrielle Hamilton
Random House
Chef Gabrielle Hamilton's much-anticipated first cookbook is finally here, and it's not entirely what you may have expected. Taken from the kitchen binders at her New York City restaurant Prune, the book contains no intro, no recipe headers, no index. It's just recipes and photos. While that may not make it the most utilitarian book out there, it does allow for a real glimpse into Hamilton's restaurant, both in terms of the food itself and in the way it's created on a daily basis. A fascinating deep dive into a beloved restaurant. 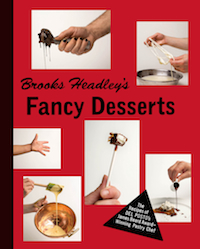 Brooks Headley
Norton
Winner of the 2014 Cookbook of the Year Eater Award, NYC pastry chef Brooks Headley takes a 90s zine-aesthetic and applies it to the upscale pastries he creates at Del Posto. It may sound like an odd juxtaposition, but it works. What you get is a masterful departure from fussy traditional pastry books; in its place you find an intelligent discussion of pastry that makes you feel like there might actually be a real human being behind it. Check out Eater's preview here. 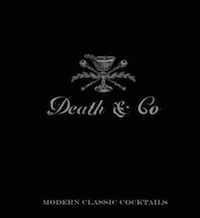 David Kaplan, Nick Fauchald, and Alex Day
Ten Speed
Simply put, this is the most tricked-out cocktail book to be published in recent memory. The genre has enjoyed a renaissance of late, starting with Jim Meehan's 2011 PDT Cocktail Book, but New York City cocktailery Death & Co. takes it a step further with their stunningly photographed, lushly covered volume. It would verge on being a coffeetable book if it weren't so damn useful. A must-own for the serious cocktail shaker. Take a look inside. 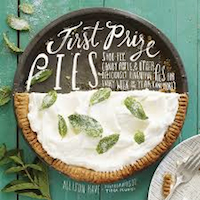 First Prize Pies: Shoo-Fly, Candy Apple, and Other Deliciously Inventive Pies for Every Week of the Year

Alison Kave
Stewart Tabori and Chang
The world is not hurting for pie books, yet Alison Kave's new book is a welcome addition to the genre. Where lots of pie books veer old and stuffy, hewing to the terrifying reign of Grandma, Kave goes rogue in First Prize Pies. Her recipes are fun and playful and young and dare I say cool: Chai Chess Pie, Licorice Pudding Pie, Peanut Butter and Jelly Pie, Manhattan Pie (the cocktail, not the place), and her famous Candy Apple Pie. Intrigued? Get baking. Here's Eater's preview. 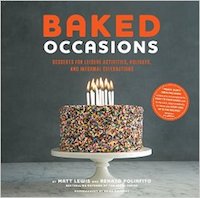 Matt Lewis and Renato Poliafito
Stewart Tabori and Chang
The new cookbook from Brooklyn bakers Matt Lewis and Renato Poliafito focuses on holiday and party-based baking — which, let's face it, is probably the only time you're busting out the stand mixer anyhow. Bringing their typical irreverent charm and eye for design to Occasions, the book is as good of a read as it is a useful aid in the kitchen. Take a look inside. 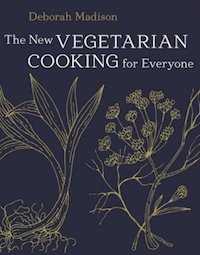 The New Vegetarian Cooking for Everyone

Deborah Madison
Ten Speed
San Francisco chef and cookbook legend Deborah Madison's beaming face has been on the cover of stained cookbooks across the country since the late 90s; the original Vegetarian Cooking for Everyone was a beloved hit. How do you improve on a classic? Update the recipes, add a bunch of new ones, and add a slick new cover design that will have even the diehard fans of the original happily in the kitchen. Oh, and meat eaters: don't sleep on Madison just because the word "vegetarian" is in the title. You might learn something. 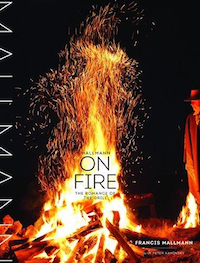 Francis Mallmann and Peter Kaminsky
Artisan
From Eater's October preview: "Much like [Mallmann's first book] Seven Fires, the food is a lovely blend of bright, light vegetables and earthy, charred meats; fat and acid; herbs and wine and cheese and ham. There are recipes like shaved grilled artichokes with Comte, tortillas full of vegetables and shrimp, ribeyes with herby bread salads, grilled eggplant with anchovies, and much more. In fact, it reminds me of a Latin-flavored version of Yotam Ottolenghi's cookbooks: those who loved the well-balanced approach of Plenty and Jerusalem will find a similar appeal here." 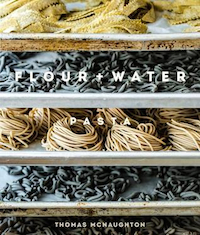 Thomas McNaughton
Ten Speed
Want to learn how to make pasta? This is the definitive book on the subject. The seasonal pasta treatments from author Thomas McNaughton's San Francisco restaurant Flour + Water are also good — and produce restaurant-quality dishes — but the main reason to buy this book is to learn how to make fresh tagliatelle with your eyes closed. Read Eater's three star review of Flour + Water here. 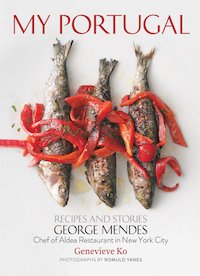 My Portugal: Recipes and Stories

George Mendes and Genevieve Ko
Stewart Tabori and Chang
New York City chef George Mendes turns to his ancestral homeland of Portugal in this volume of elegant, mostly traditional recipes. My Portugal has a refined, Gourmet magazine feel to it, in large part due to photography from Romulo Yanes, who worked for that magazine for years. Here's a sneak peek. 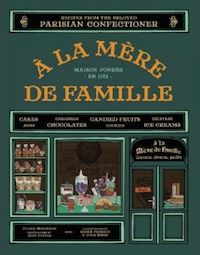 Julien Merceron
Chronicle
Did someone say candy? This Paris candy shop has been open since 1761, and pâtissier/chocolatier/ice creamatier Julien Merceron has written a volume worthy of a place that measures its anniversaries in centuries. Hardcore candy fans will find advice and recipes here to be sure, but it's also just very pretty to look at. 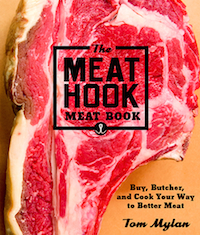 Tom Mylan
Artisan
Want to learn to cook meat the Williamsburg way? Tom Mylan is your man: the founder of Brooklyn butcher shop the Meat Hook wrote a book that's as passionate about meat sourcing as it is about drinking beers and grilling on a brownstone rooftop. Read Eater's two star review of the book here. 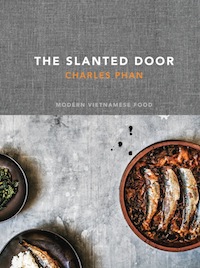 Charles Phan
Ten Speed
From Eater's October preview: "Named after [chef Charles] Phan's restaurant, the book features what it calls "modern Vietnamese food." Where [Phan's first book] Vietnamese Home Cooking is rustic and traditional, The Slanted Door is full of restaurant recipes, big shiny photographs, and the story of Phan's San Francisco career. It's bigger, more refined, and (bonus) it comes with a bunch of bar director Erik Adkins' cocktail recipes. What's not to like?" 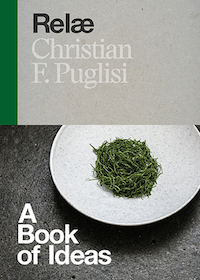 Christian Puglisi
Ten Speed
Copenhagen chef Christian Puglisi turns the cookbook form inside out with his first cookbook. Named after his restaurant, Relae is more a series of philosophical essays than a standard cookbook (although it does have recipes). If you've got a restaurant aficionado on your list, this is the glossy chef book they'll want this year. Read more about Relae here. 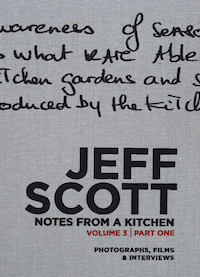 Notes From a Kitchen Volume Three: Part One

Last but not least, photographer Jeff Scott has turned out another volume of his Notes From a Kitchen series. As like previous volumes, the third book features documentary-style photography alongside notes from each chef's kitchen and treatises on the process of culinary creativity. Volume Three: Part One features Dominique Crenn, Alex Stupak, Vinny Dotolo, David Chang, and more. Check out a trailer here.