15 Food and Beverage Events for December and Beyond

December events from across the USA.

Share All sharing options for: 15 Food and Beverage Events for December and Beyond

Welcome to the swing of the holiday season. Before you pack your month too full with soirees and office parties, take a look at what the food and beverage world has to offer. From the Restaurant at Meadowood's annual event series the Twelve Days of Christmas to a blowout month of holiday eating at Epcot, there are plenty of tempting food events on the horizon. 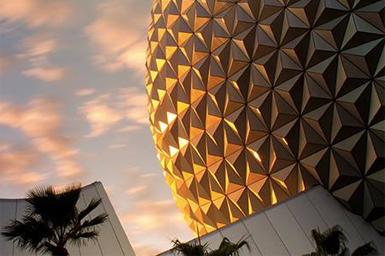 Holidays Around the World at Epcot
When: November 28 — December 30, 2014
Where: Orlando, FL
What: The Disney team is pulling out all the stops this season with a month-long celebration of different holiday traditions from around the world at Epcot. Traditional foods will play a major role in the programming, which also includes firework shows, a telling of the Christmas story with a symphony, choir and so many candles, and much more. 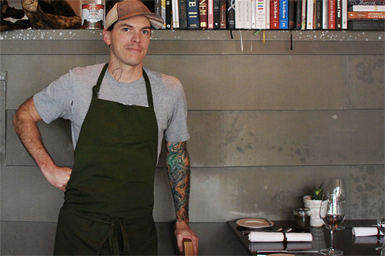 South Texas Heritage Pork's Fall Harvest Dinner
When: December 1, 2014
Where: Floresville, TX
What: South Texas Heritage Pork is bringing together some of the hottest chefs in Texas for a dinner celebrating all things foraged and also, well, pork. Chefs Matt McCallister, Randy Rucker, Luca Della Casa, Gabriel Ibarra, and Andrew Wiseheart are doing the cooking and forager Mark "Merriweather" Vorderbruggen will be on hand to answer any and all questions about finding edibles in the wild. 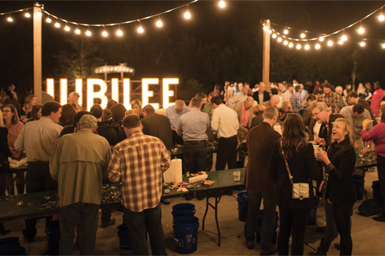 Jubilee
When: December 5 — December 7, 2014
Where: Charleston, SC
What: Garden & Gun is bringing its Jubilee festival back to Charleston for a second year. This year's program has highlights like an afternoon quail hunt and an oyster roast, plus book signings, tastings, and a Field Feast hosted by Ashley Christensen, Mike Lata, and John Fleer. 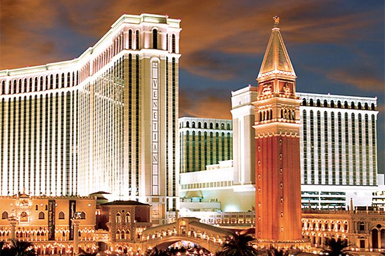 The Venetian's Ultimo Weekend
When: December 5 — December 7, 2014
Where: Las Vegas
What: This is a weekend of "luxurious culinary experiences" at a swanky Vegas casino. At this pricey weekend hosted by chefs Emeril Lagasse, Daniel Boulud, and cake boss Buddy Valastro, guests can choose from events like a truffle brunch, a private baking class with Valastro, and a wine-paired dinner from all three hosts. 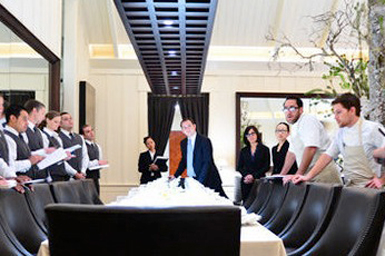 Twelve Days of Christmas
When: December 5 — December 20, 2014
Where: Napa Valley, CA
What: With another holiday season comes another crop of big name chefs descending on the Restaurant at Meadowood. This year's lineup has some international star power with Matthew Orlando and Kobe Desramaults joining a list of chefs that also includes Grant Achatz, Ignacio Mattos, Corey Lee, and others. 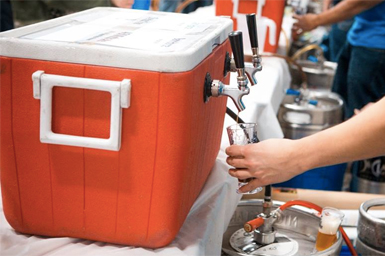 Valley Forge Beer & Cider Festival
When: December 6, 2014
Where: Oaks, PA
What: Over 75 breweries and cider makers will be on hand at this year's annual Valley Forge festival, the first year to include cider. Along with beer and cider samples aplenty (there are over 150 to choose from), attendees can also go to seminars on topics like how to home brew and how to start a brewery. 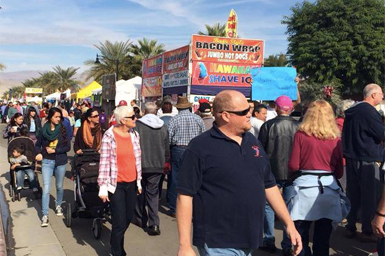 Indio International Tamale Festival
When: December 6 — December 7, 2014
Where: Indio, CA
What: The city of Indio, California has been hosting this annual ode to the tamale since 1992. This year, the two day festival will include live music, a beer garden, wine tastings, and, naturally, tons of tamales. 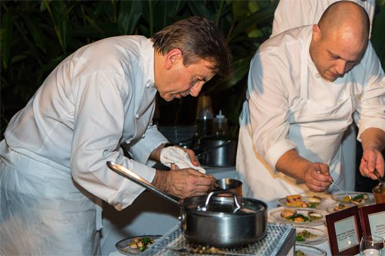 Palm Beach Food & Wine Festival
When: December 11 — December 14, 2014
Where: Palm Beach, Florida
What: This year's edition of the high-profile Palm Beach Food & Wine Festival is as star-studded as ever. Chefs from all over the country will be heading to Florida for cooking demos, special dinners, and tasting events. Expect to see Gabrielle Hamilton, Daniel Boulud, Mike Lata, Ken Oringer, Christina Tosi, Elizabeth Falkner, and Jonathon Sawyer among the familiar faces. 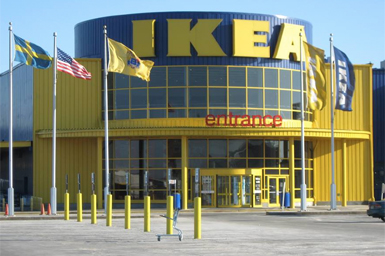 Ikea's Julbord Feast
When: December 12, 2014
Where: Participating US stores
What: Brace. Julbord is an all-you-can-eat smorgasbord of traditional Swedish dishes, and this year it is happening at Ikea stores across the country. Expect Swedish meatballs (yes with lingonberry), smoked salmon, several varieties of herring, holiday ham, and a whole lot more. This being Ikea, tickets are under $20. 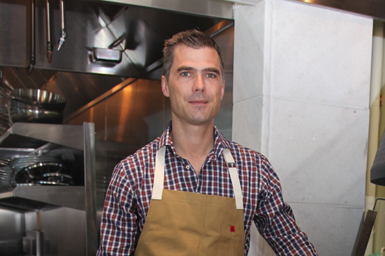 Saveur Holiday Social
When: December 13, 2014
Where: New York City
What: This one-day only ticketed event from Saveur magazine is part marketplace, part school, and part eating extravaganza. Along with the opportunity to shop a curated selection of gifts and taste as many small bites as they'd like, guests can attend cooking and cocktail classes with the likes of George Mendes, Hugh Acheson, Brooks Headley, and many others. 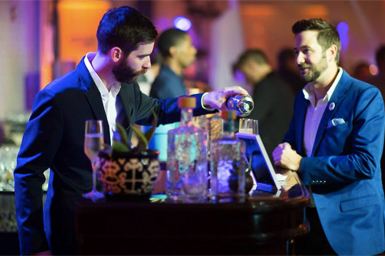 Tales of the Toddy
When: December 18, 2014
Where: New Orleans
What: This annual holiday party is a companion event to the booze world's bender of a weekend Tales of the Cocktail. Along with plenty of cocktails to be drunk, there's a competition to be won. Judges will decide on the best cocktail, and guests can vote for a People's Choice award for the best cocktail and best dish of the night. 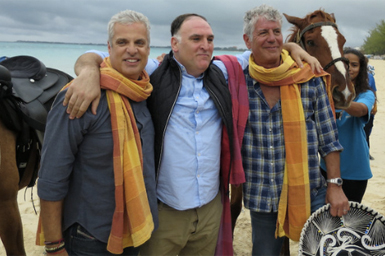 Cayman Cookout
When: January 15 — January 18, 2015
Where: Cayman Islands
What: This is what happens when the three amigos — aka Eric Ripert, Anthony Bourdain, and José Andrés — throw a party at a fancy hotel beach in the Caribbean. The annual Cayman Cookout this year will also feature chefs Michael White, Sean Brock, Marcus Samuelsson, and Lynn Crawford. Tickets are on sale now, if you're into that sort of thing. 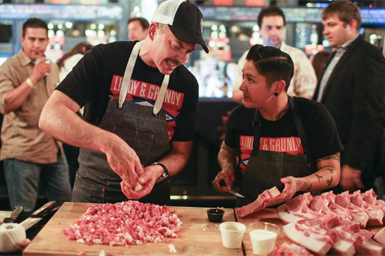 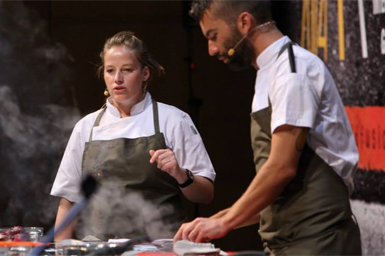 MadridFusión
When: February 2 — February 4, 2015
Where: Madrid, Spain
What: The 13th annual MadridFusión gastronomic conference will bring, as always, big names chefs from around the world to Spain. Over the course of three days, the chefs will explore "the four types of cuisine: sweet, savoury, liquid and frozen" with demos, workshops, competitions, and more. Participating chefs this edition include Joël Robuchon, Andoni Aduriz, Yoshihiro Narisawa, Gastón Acurio, Jari Vesivalo, and many more. 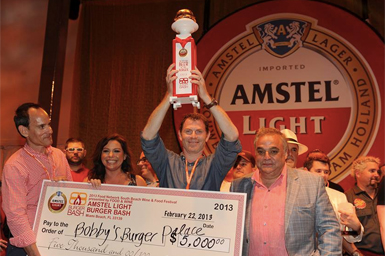